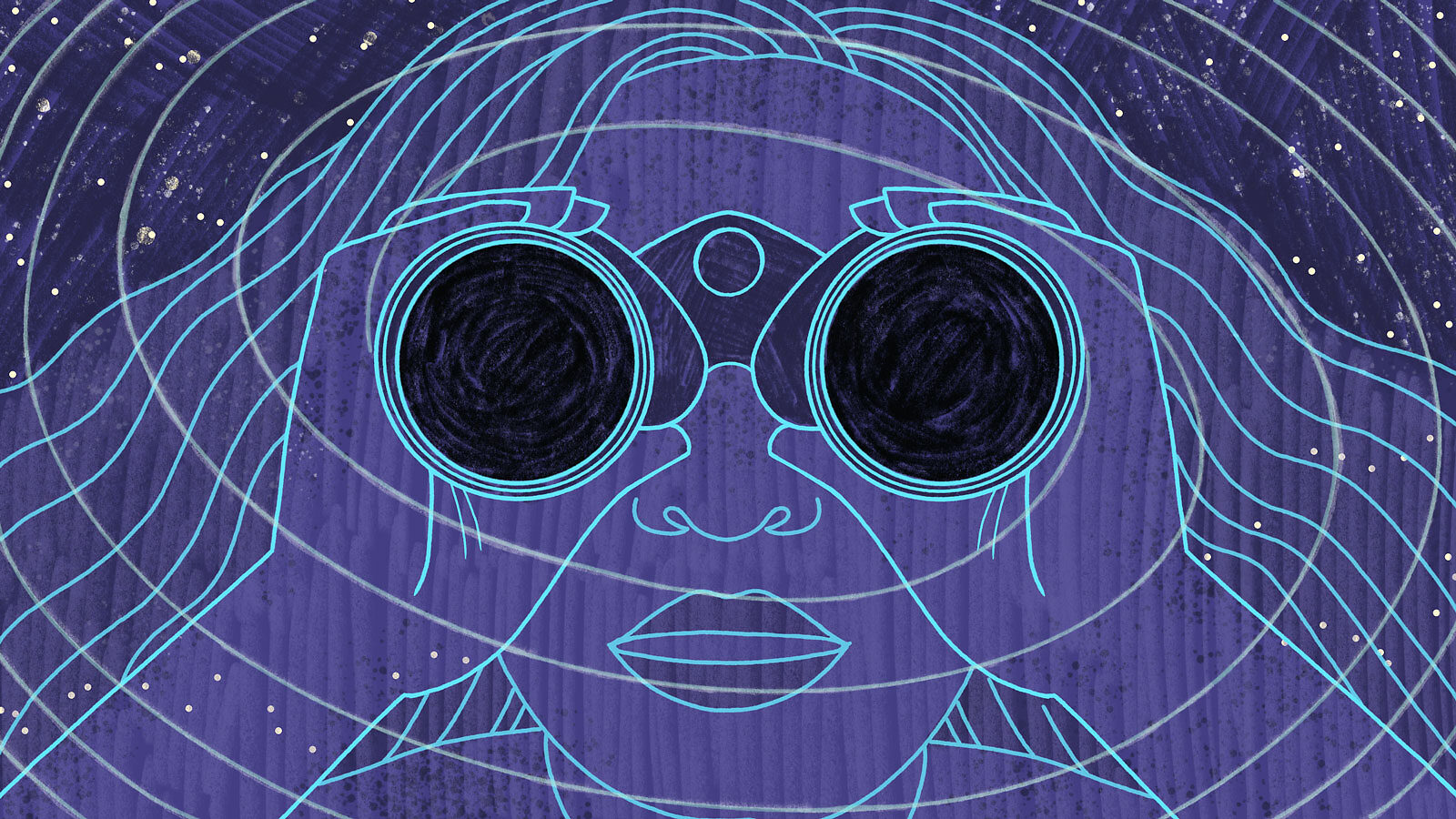 On May 21, 2019, a ripple in spacetime alerted scientists to what they thought was an impossible event: a collision between two black holes that should not have existed.

The LIGO and Virgo gravitational wave observatories had witnessed over a dozen black-hole collisions, but this merger was different. Both black holes were situated in the “mass gap,” a range of masses that, for black holes, should be forbidden.

Black holes form when stars collapse at the end of their lives. (But they must be big enough stars; the smallest ones become white dwarfs or neutron stars instead.)

While a star lives, the nuclear reactions and radiation in its interior provide an outward pressure that balances the inward pull of its gravity. When that balance is lost, a core-collapse supernova can leave behind a black hole with at most 50 times the mass of the sun.

At least, that’s what happens to medium-sized stars. In the cores of larger stars, high densities and temperatures trigger the creation of electron-positron pairs, resulting in a more powerful explosion called a pair-instability supernova.

“These electron-positron pairs provide gravity but no pressure, so the star starts to collapse prematurely,” says Djuna Croon, a postdoc at TRIUMF in Canada. “The star becomes so hot that you can start to do nuclear reactions with the oxygen in the core. Then because the oxygen burns, you have this immediate explosion, and you’re left with nothing.”

No remnant, no black hole. 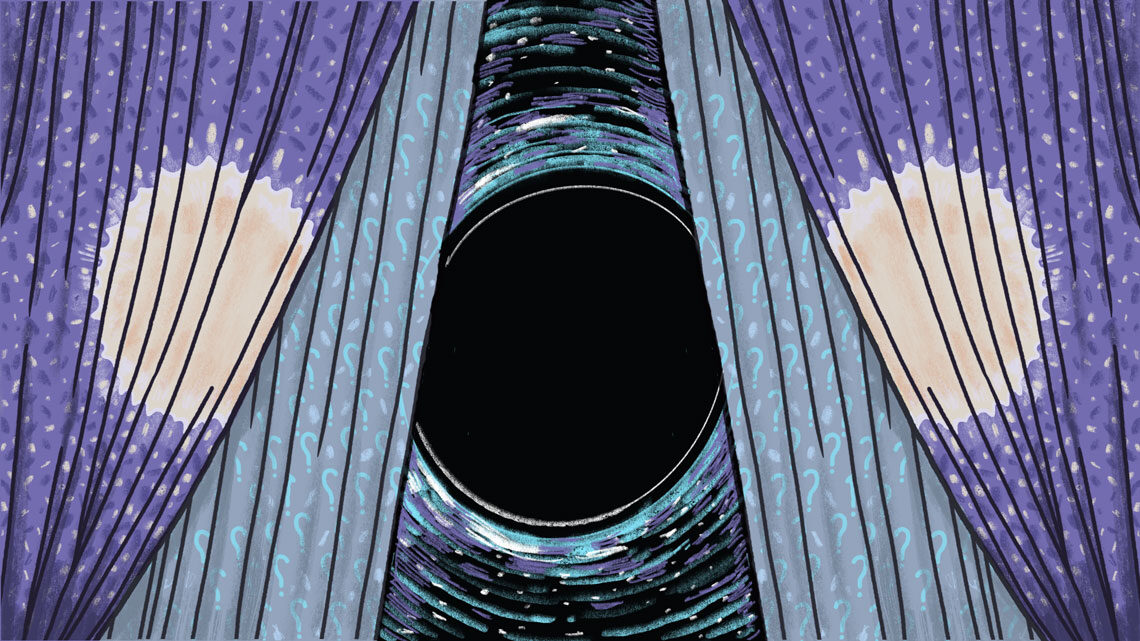 The most massive stars meet yet another end; they can bypass the explosion to collapse into a black hole weighing at least 120 solar masses.

So a black hole can form with a mass less than about 50 or more than 120 times that of the sun, but no known mechanism allows a dying star to become a black hole with a mass in the gap between. Yet the gravitational waves spotted by LIGO and Virgo revealed black holes weighing 66 and 85 solar masses.

“For months, I thought, ‘Well, we just haven’t estimated the masses correctly. This can’t be in the gap. There’s no such thing as a black hole in the gap,’” says Maya Fishbach, a postdoc at Northwestern University and a member of the LIGO collaboration.

But the calculations held up.

The discovery has sparked a flurry of proposed explanations. Some are purely astrophysical: Maybe the two black holes that merged were in turn the children of prior mergers, or perhaps they were born below the mass gap and grew by gobbling up nearby objects. Some scientists question the LIGO/Virgo analysis, proposing instead that the larger black hole sits above the gap and the smaller below it.

But other scenarios explored by Croon and colleagues in a new paper on the arXiv preprint server look for an explanation at the tiniest scale—particle physics beyond the Standard Model.

Particles that are candidates for dark matter—the mysterious substance that forms 85% of the universe’s matter—could also affect the inner workings of stars. For instance, photons could occasionally transform into “hidden photons” that interact very weakly with ordinary matter and have a tiny but nonzero mass. While ordinary photons are continually absorbed and reemitted within a star, hidden photons would escape unscathed, carrying away some of the star’s energy.

This extra loss of energy would set off “a little bit of a Rube Goldberg-type thing,” says co-author Sam McDermott, a theorist at the US Department of Energy’s Fermi National Accelerator Laboratory.

The star would burn through its helium faster, which simulations suggest would give the star less oxygen in its old age. Having less oxygen, the star would need a larger mass to cross the threshold for a pair-instability supernova. Thus, black holes heavier than 50 solar masses could form.

Other hypothesized particles called axions would have a similar effect.

The presence of weakly interacting particles would affect more than just the final phase of a star’s life. As a result, scientists can use astrophysical observations to place limits on the properties of these theoretical particles, says Masha Baryakhtar, who is currently investigating axions and hidden photons at New York University and was not involved with the new paper.

Baryakhtar questions whether new particle interactions could significantly shift black hole masses while remaining compatible with observations of all types of stars. But if the particles have the right mass, McDermott says, they could be created only in massive, hot stars—so undiscovered particles cannot be ruled out as the reason we see these seemingly impossible black holes.

“It’s tantalizing that through simulating the evolution of these early stars, you can learn about the tiniest particles that have been proposed,” Croon says. “We’re using very large black holes to study very small particles, and I just think that is fascinating.”

Another of the team’s proposals hinges not on extra particles, but on extra spatial dimensions. Physicists have long speculated that in addition to the three dimensions we see, more dimensions could lie curled up at the subatomic scale. If these dimensions are large enough, energy from the interiors of stars could leak into them.

“You can think of these large extra dimensions as Tupperware containers,” says Ronald Gamble, a postdoc at the National Strategic Research Institute who studies extensions of general relativity and was not involved with the new work. “After you’ve finished your main meal that exists in the three dimensions, you can put your leftover food in them to save for later. That’s what we believe gravity may be doing.”

In contrast to hidden particles carrying energy away from the star, the extra dimensions would hide energy within the star, but the result would be the same: Both the lower and upper bounds of the mass gap would increase.

A third possibility, modified gravity, would overturn an assumption held by both Isaac Newton and Albert Einstein. The inherent strength of gravity, instead of being constant throughout the entire universe, could depend on the cosmic environment. So different regions in space would have different mass gaps. In regions where gravity is stronger, both pair-instability supernovae and the shortcut taken by the largest stars would kick in at lower masses, putting the mysterious black holes above the local mass gap rather than within it.

To narrow down the possible explanations, physicists must observe more mergers in and near the mass gap—a goal well within reach as gravitational-wave astronomy continues to blossom.

In October, the LIGO/Virgo collaboration published its latest batch of data, bringing the running total to 47 black hole mergers, including two more that seem to feature at least one black hole in the mass gap. And a new gravitational-wave observatory in Japan, KAGRA, ran for two months earlier this year.

“At this stage, we’re in the middle of the LIGO discovery bump—the size of the catalog is increasing by orders of magnitude,” McDermott says. “That’s something that makes me particularly motivated to be thinking about this now.”

Researchers could spot thousands of black hole mergers in the coming decade. And from new particles to new ideas about gravity, “all of this extra science is coming for free,” Fishbach says, “just because we decided to listen to the universe in a way that we’ve never observed it before.”