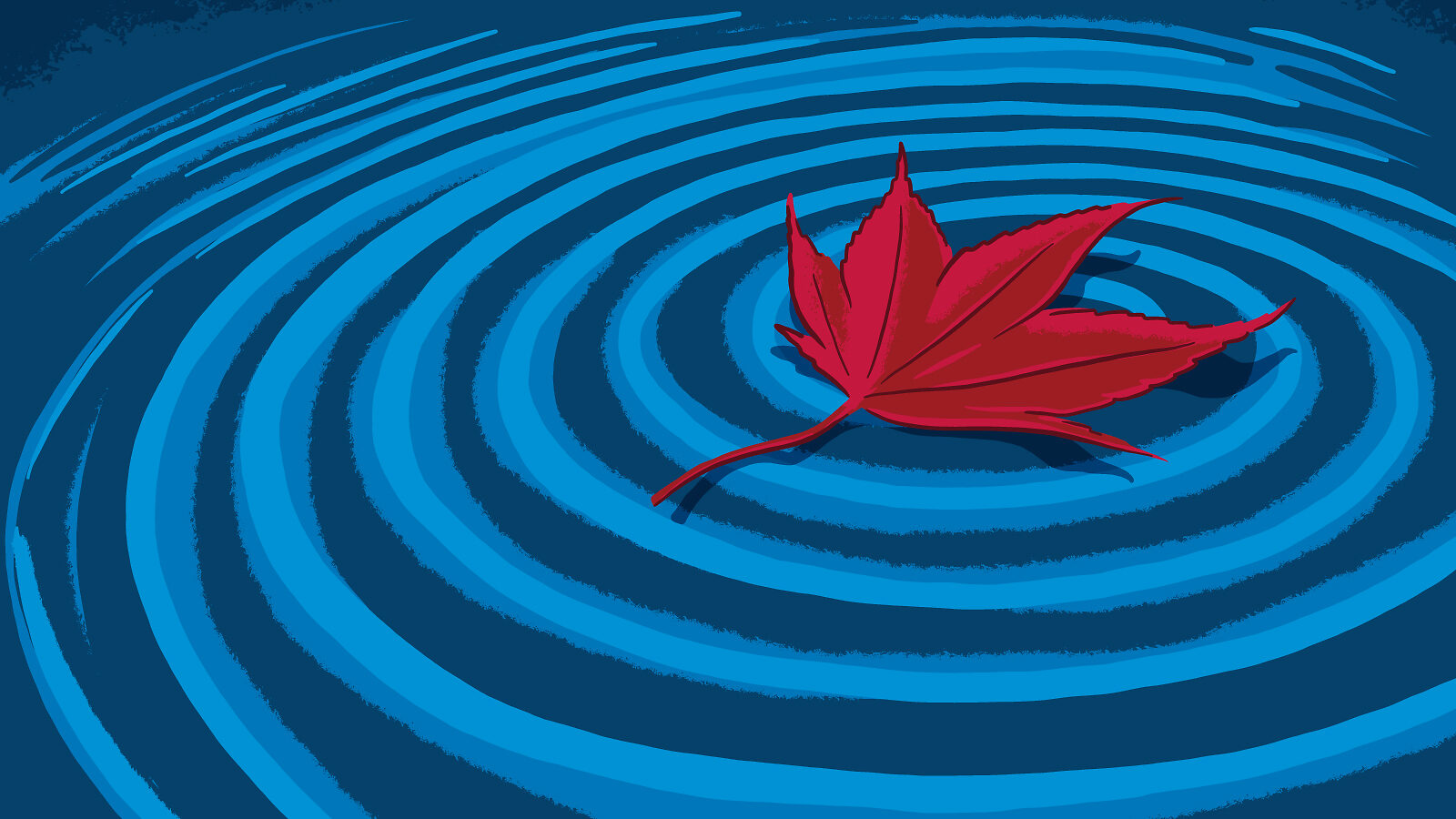 Deep underground, below a mountain and in a mine in the northern portion of the Gifu Prefecture on Japan’s main island, sits an observatory that searches for ripples in space-time. It’s called the KAmioka GRAvitational wave detector, or KAGRA. For several weeks earlier this year, it ran for the first time.

The next time KAGRA turns on, it will join three other observatories in a global gravitational-wave observatory network. Once these four detectors are operating together, they will help one another pinpoint the faraway catastrophic events that generate these Earth-shaking waves. 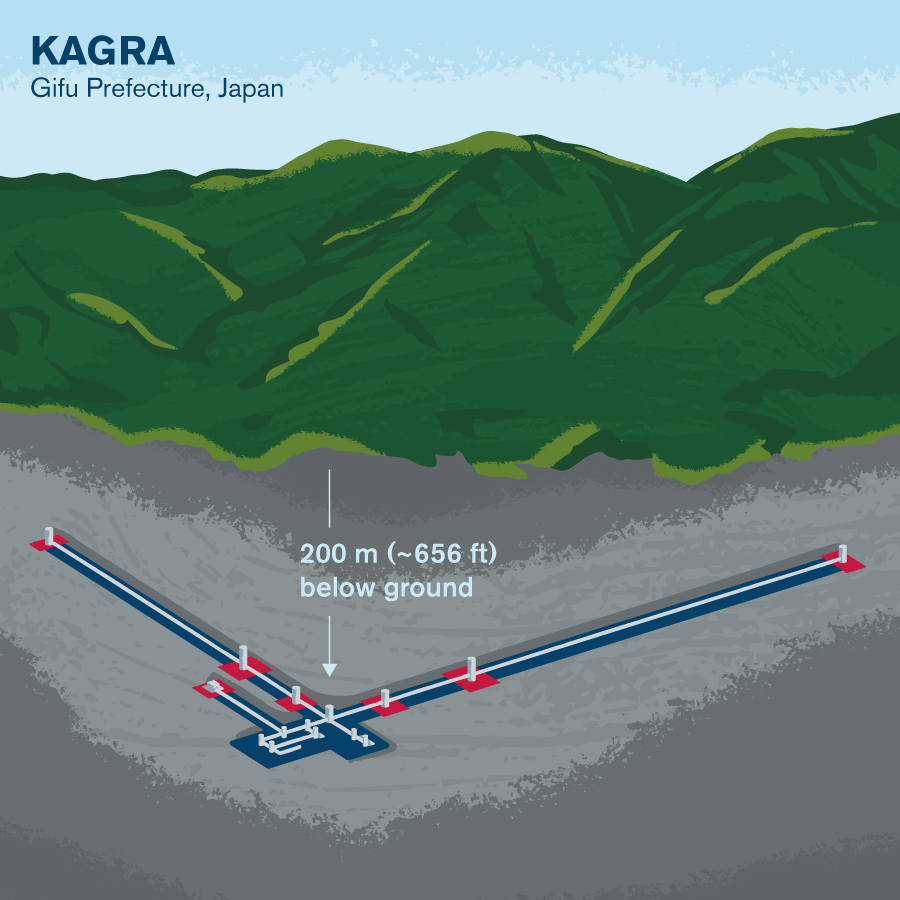 Connecting to the network

Gravitational waves are ripples in space-time produced by the accelerating motion of something that can feel the pull of gravity. Because gravity is a weak force, an object needs to have a whole lot of mass crammed into a small volume to create big enough space-time ripples to detect. (Think of the waves created by a leaf floating on a lake versus the waves created by a skipping rock.) For five years, scientists have detected gravitational waves, always from extreme sources such as merging black holes and binary neutron stars.

Because they observe signals coming from space, the detectors that can study these gravitational waves are technically telescopes. But unlike the telescopes you may be used to, they’re miles-long, two-pronged instruments with no ability to detect light from the sky. Instead, they detect the tiny distance changes in those two prongs caused by passing gravitational waves.

While one of these detectors can confirm the signal from a passing gravitational wave, astronomers want to do more than that; they also want to trace the signal back to its origin. “With only one detector, we cannot know where the signals are from in the sky,” says KAGRA researcher Keiko Kokeyama of the University of Tokyo.

When the two detectors of the US-based Laser-Interferometer Gravitational-Wave Observatory (known as Advanced LIGO) made the first-ever gravitational wave detection in 2015, they were only able to trace its origin to a part of the sky the size of the constellation Orion.

When scientists connected a third detector—the Italy-based Advanced Virgo observatory—they could narrow down the location by an order of a magnitude, but in terms of being able to identify the exact source of the waves, that’s still a huge field of view.

Using the three detectors together, scientists have so far linked only one gravitational-wave event to a specific target, in 2017. Once KAGRA joins the network, “this will be a very large impact to astronomy,” says Takayuki Tomaru of KAGRA and the National Astronomical Observatory of Japan. 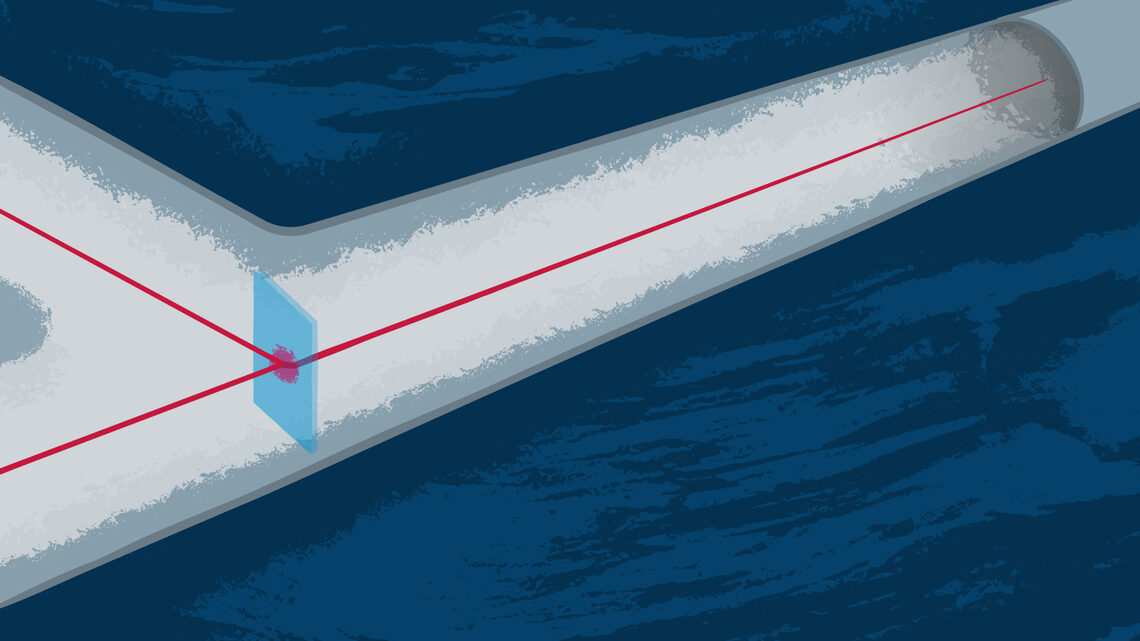 Like the other observatories in the gravitational-wave observatory network, KAGRA is made of two tunnels arranged in an “L.” Inside KAGRA, a laser shoots a beam of light through a beam-splitter at the vertex of the “L,” sending one beam down each 3-km-long tunnel.

At the end of the tunnel hangs a carefully configured sapphire mirror, suspended via a complex system. The mirror sends the light back to the vertex and to a detector.

Light is a wave, and when the peak and trough of two waves meet, they cancel one another out. Each of those two light beams start out perfectly out of sync, so they should cancel each other out when they meet again.

If instead something changes the two beams—for example, if the mirrors at the ends of the tunnels move ever so slightly as a gravitational wave passes through one and then the other—the light waves will not cancel one another out at the vertex and will instead reach the detector.

But other events can shake the mirrors and create false signals.

“The ground is moving, we are moving, the detector is moving” says Lucia Trozzo, a postdoc with KAGRA who has worked on the suspension system over the past two years.

Earthquakes, delivery trucks driving over the parking lot, trees falling nearby, and ocean waves (this is particularly important during Japan’s winter, according to both Tomaru and Trozzo) are all examples of seismic noise that can perturb an observatory’s mirrors. KAGRA is unique in how it handles this challenge, as, unlike the other observatories, it is located some 200 meters below ground, where seismic noise is reduced by a factor of 100.

Another distraction is thermal noise: when heat causes the individual atoms in the detectors’ mirrors (and those mirrors’ suspension systems) to vibrate. To deal with this, scientists cryogenically cool KAGRA’s mirrors to 20 Kelvin (negative 250 degrees Celsius).

The KAGRA collaboration now has some 400 scientists from more than 110 institutions. Many of them, including both Kokeyama and Trozzo, came to the project with previous experience from LIGO—which began in the 1990s—or Virgo—which began in the early 2000s.

For all its complexity, constructing the enormous observatory has been a fast-moving process. KAGRA was funded in 2010. In early 2012, a ground-breaking ceremony signaled the start of construction. In March 2014, the two 3-kilometer tunnels were finished. The initial configuration and testing began afterward, and on Oct. 4, 2019, the full construction was complete. KAGRA’s first observing run began Feb. 25.

When it first came online, no one envisioned that just a few weeks later, most astrophysics observatories—and, frankly, much of everything else—would shut down because of a global pandemic. That included both LIGO and Virgo; all three observatories went offline at the end of March.

KAGRA’s remote site kept the project sheltered enough from the virus that causes COVID-19 to continue running until April 21. During KAGRA’s two-month run, scientists operated in a simpler version of what will be the observatory’s normal configuration.

On April 7, it joined with GEO600, a smaller, German-based gravitational-wave observatory, for a two-week combined run. KAGRA’s sensitivity in its simple configuration was on par with GEO600. GEO600, considered more of a research and development facility, is not as sensitive as LIGO or Virgo.

When the observing run ended, the instrument went offline and the KAGRA team switched to remote work. They’re now gradually returning to the site to upgrade the instrument.

While schedules could change, right now scientists on the upgraded Advanced LIGO and Advanced Virgo detectors plan to begin their fourth observing run in late 2021 or early 2022 and to run for a year. “We wish to join the observation network, with much higher sensitivity” than before, Tomaru says.