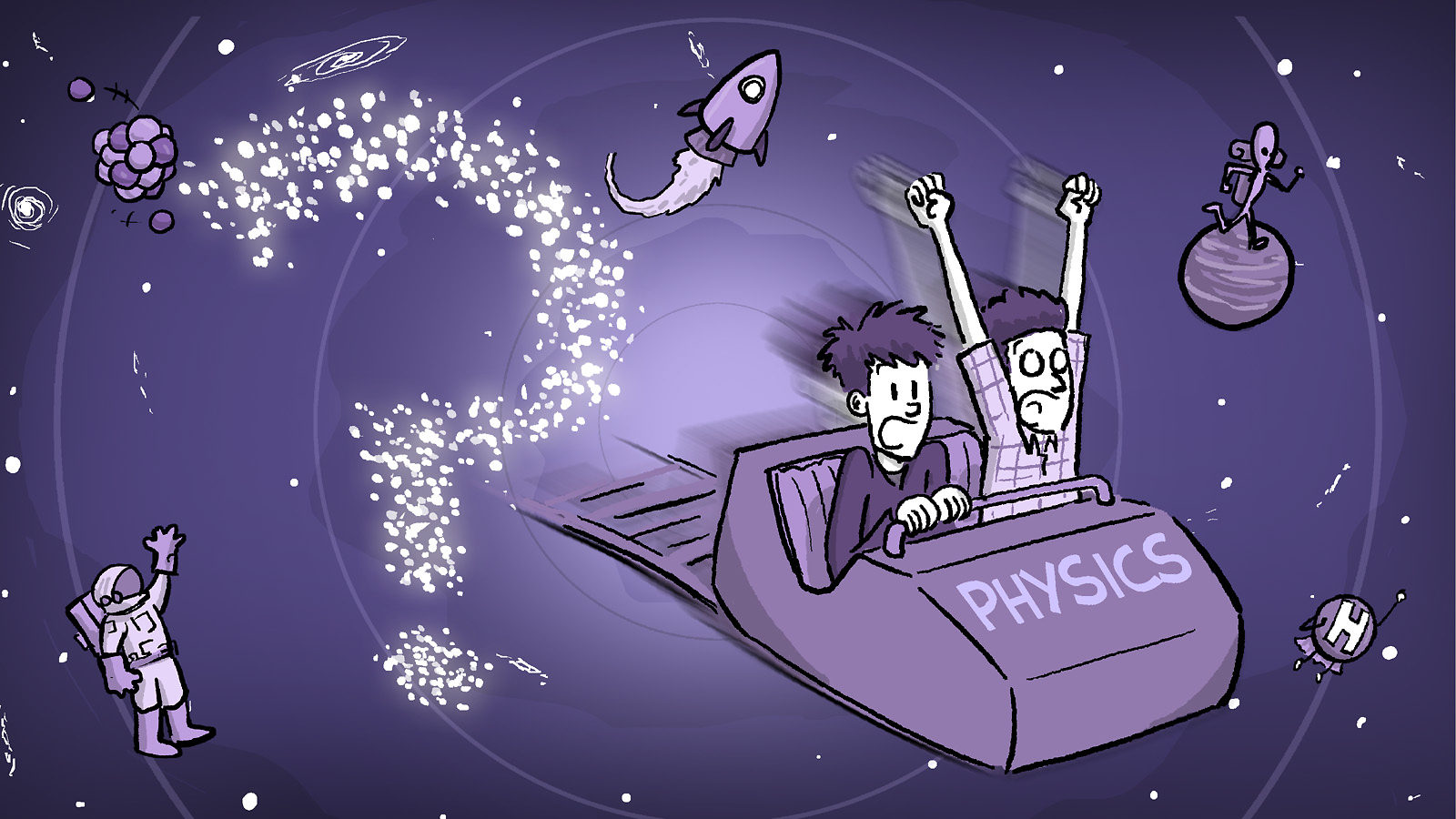 The authors of We Have No Idea remind us that there are still many unsolved mysteries in science.

What is dark energy? Why aren’t we made of antimatter? How many dimensions are there?

These are a few of the many unanswered questions that Jorge Cham, creator of the online comic Piled Higher and Deeper, and Daniel Whiteson, an experimental particle physicist at the University of California, Irvine, explain in their new book, We Have No Idea. In the process, they remind readers of one key point: When it comes to our universe, there’s a lot we still don’t know. 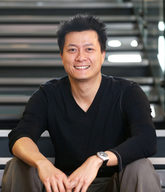 The duo started working together in 2008 after Whiteson reached out to Cham, asking if he’d be willing to help create physics cartoons. “I always thought physics was well connected to the way comics work,” Whiteson says. “Because, what’s a Feynman diagram but a little cartoon of particles hitting each other?” (Feynman diagrams are pictures commonly used in particle physics papers that represent the interactions of subatomic particles.) 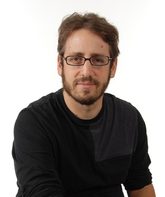 Before working on this book, the pair made a handful of popular YouTube videos on topics like dark matter, extra dimensions and the Higgs boson. Many of these subjects are also covered in We Have No Idea.

One of the main motivators of this latest project was to address a “certain apathy toward science,” Cham says. “I think we both came into it having this feeling that the general public either thinks scientists have everything figured out, or they don't really understand what scientists are doing.”

To get at this issue, the pair focused on topics that even someone without a science background could find compelling. “You don’t need 10 years of physics background to know [that] questions about how the universe started or what it’s made of are interesting,” Whiteson says. “We tried to find questions that were gut-level approachable.”

Another key theme of the book, the authors say, is the line between what science can and cannot tell us. While some of the possible solutions to the universe’s mysteries have testable predictions, others (such as string theory) currently do not. “We wanted questions that were accessible yet answerable,” says Whiteson. “We wanted to show people that there were deep, basic, simple questions that we all had, but that the answers were out there.”

Many scientists are hard at work trying to fill the gaping holes in our knowledge about the universe. Particle physicists, for example, are exploring a number of these questions, such as those about the nature of antimatter and mass. 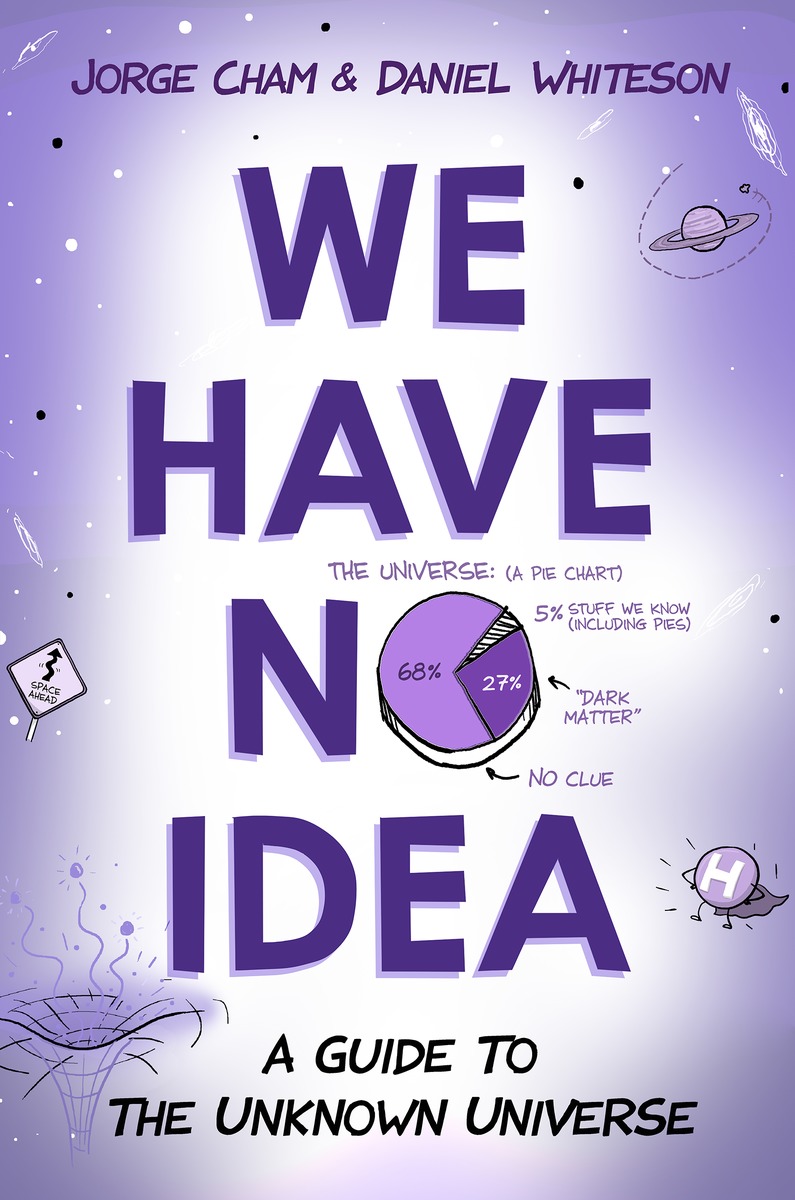 Some lines of inquiry have brought different research communities together. Dark matter searches, for example, were primarily the realm of cosmologists, who probe large-scale structures of the universe. However, as the focus shifted to finding out what particle—or particles—dark matter was made of, this area of study started to attract astrophysicists as well.

Why are people trying to answer these questions? “I think science is an expression of humanity and our curiosity to know the answers to basic questions we ask ourselves: Who are we? Why are we here? How does the world work?” Whiteson says. “On the other hand, questions like these lead to understanding, and understanding leads to being able to have greater power over the environment to solve our problems.

In the very last chapter of the book, the authors explain the idea of a “testable universe,” or the parts of the universe that fall within the bounds of science. In the Stone Ages, when humans had very few tools at their disposal, the testable universe was very small. But it increased as people built telescopes, satellites and particle colliders, and it continues to expand with ongoing advances in science and technology. “That’s the exciting thing,” Cham says. “Our ability to answer these questions is growing.”

Some mysteries of the universe still live in the realm of philosophy. But tomorrow, next year or a thousand years from now, a scientist may come along and devise an experiment that will be able to find the answers.

“We’re in a special place in history when most of the world seems explained,” Whiteson says. Thousands of years ago, basic questions, such as why fire burns or where rain comes from, were still largely a mystery. “These days, all those mysteries seem answered, but the truth is, there’s a lot of mysteries left. [If] you want to make a massive imprint on human intellectual history, there’s plenty of room for that.”