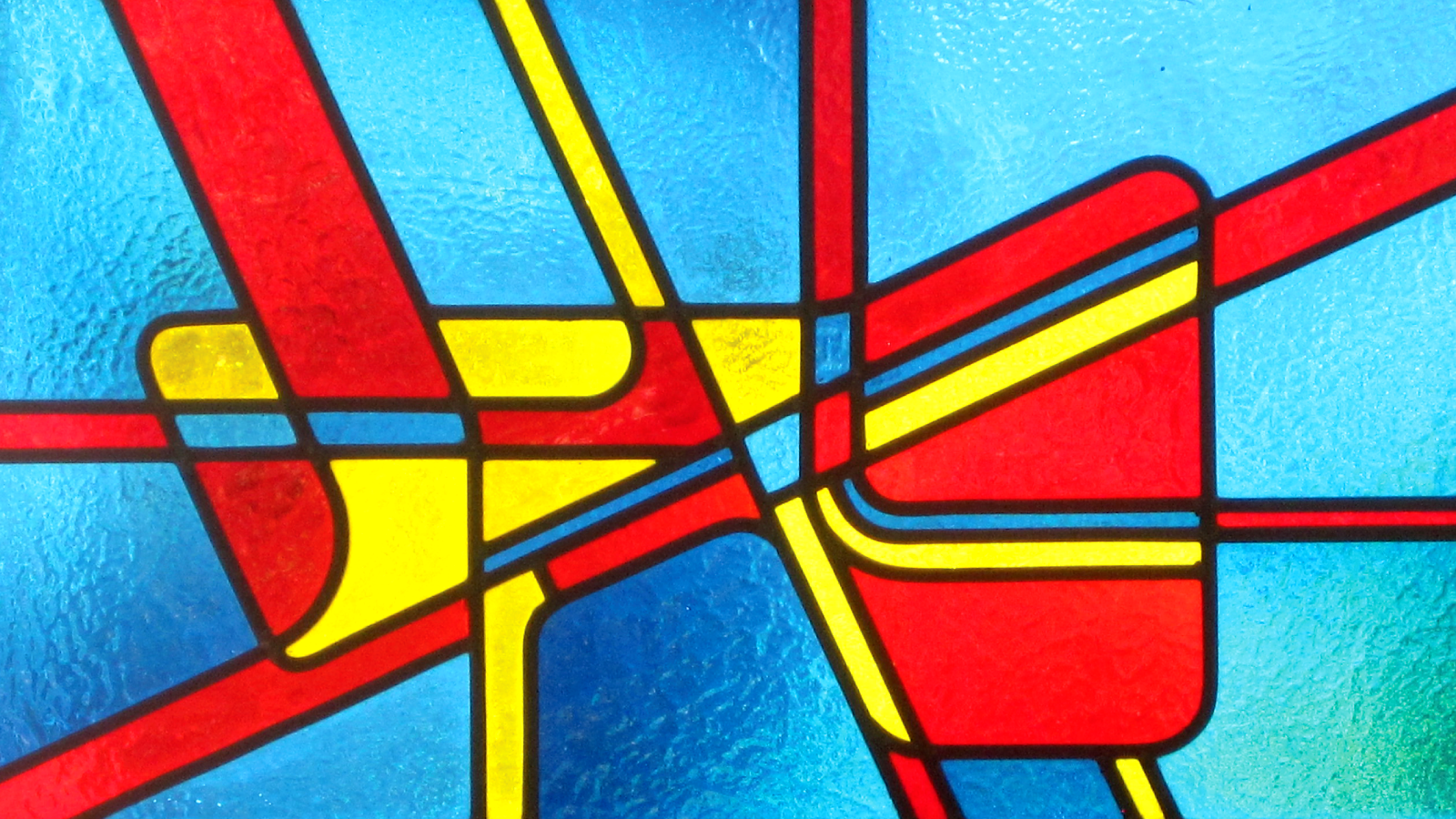 At first glance, particle physicist Hubert van Hecke’s stained glass windows simply look like unique pieces of art. But there is much more to them than pretty shapes and colors. A closer look reveals that his creations are actually renditions of plots from particle physics experiments.

Van Hecke learned how to create stained glass during his undergraduate years at Louisiana State University. “I had an artistic background—my father was a painter, so I thought, if I need a humanities credit, I'll just sign up for this,” van Hecke recalls. “So in order to get my physics’ bachelors, I took stained glass.”

Over the course of two semesters, van Hecke learned how to cut pieces of glass from larger sheets, puzzle them together, then solder and caulk the joints. “There were various assignments that gave you an enormous amount of elbow room,” he says. “One of them was to do something with Fibonacci numbers, and one was pick your favorite philosopher and made a window related to their work.”

Van Hecke continued to create windows and mirrors throughout graduate school but stopped for many years while working as a full-time heavy-ion physicist at Los Alamos National Laboratory and raising a family. Only recently did he return to his studio—this time, to create pieces inspired by physics.

“I had been thinking about designs for a long time—then it struck me that occasionally, you see plots that are interesting, beautiful shapes,” van Hecke says. “So I started collecting pictures as I saw them.” 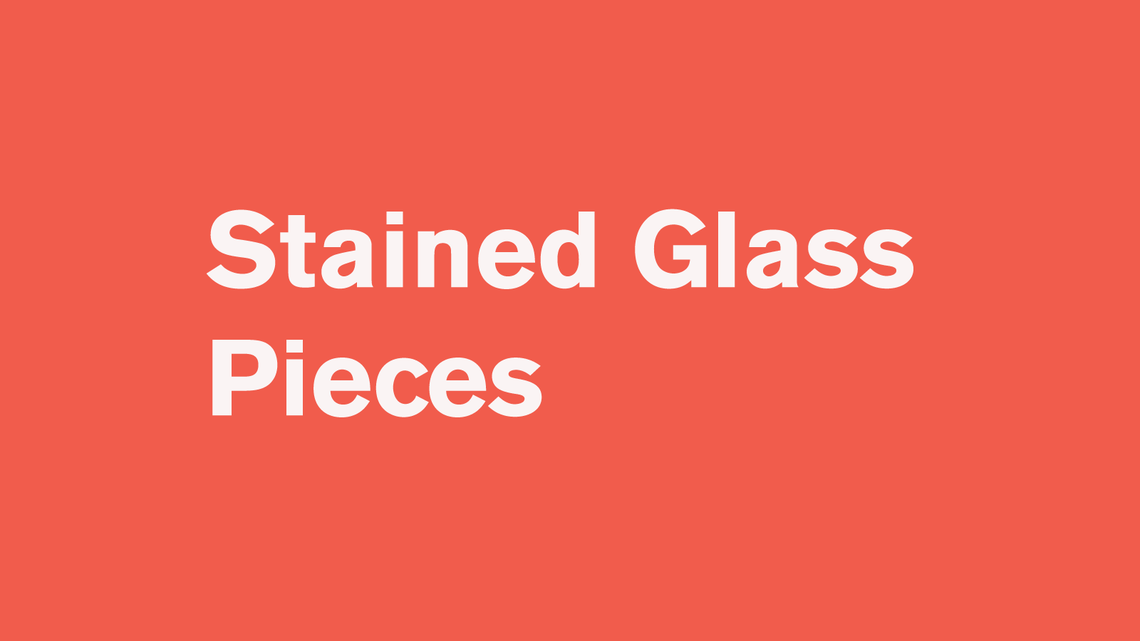 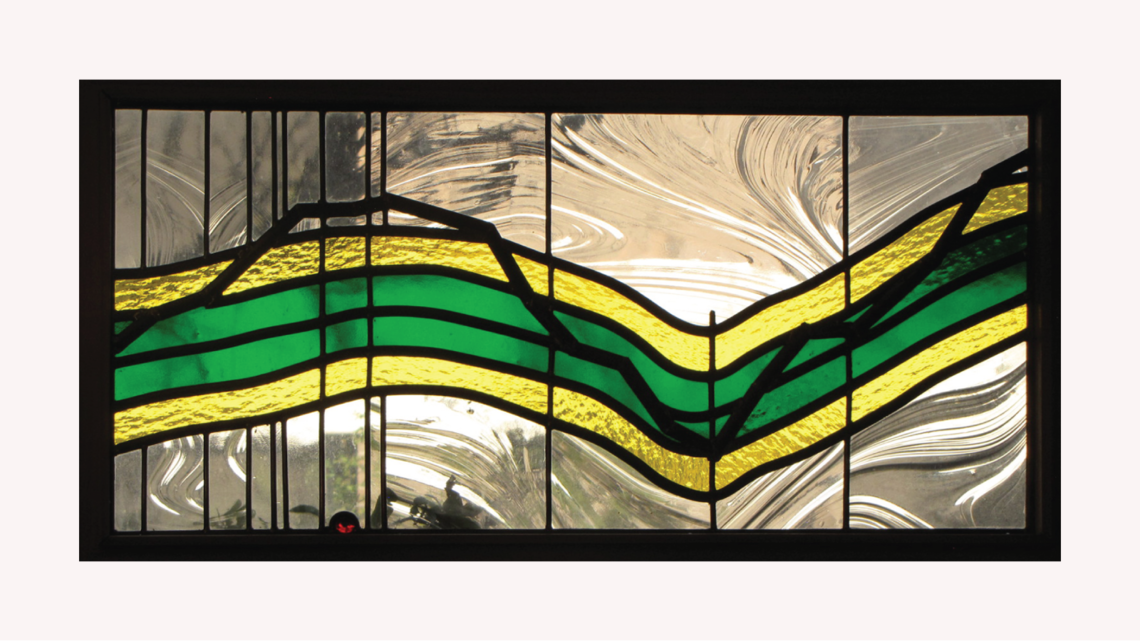 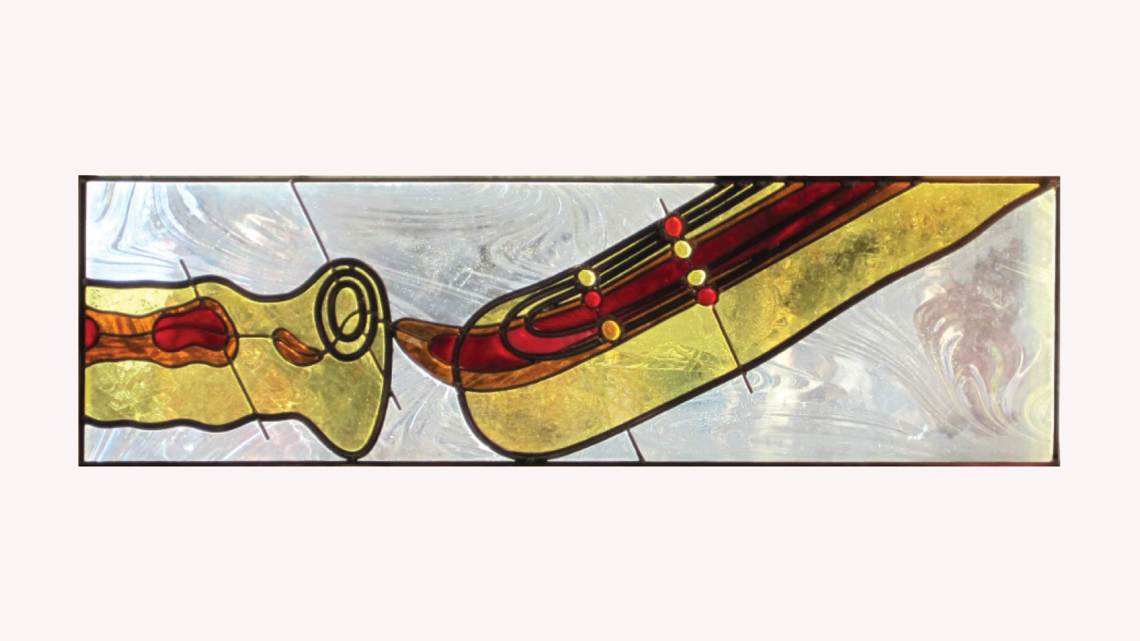 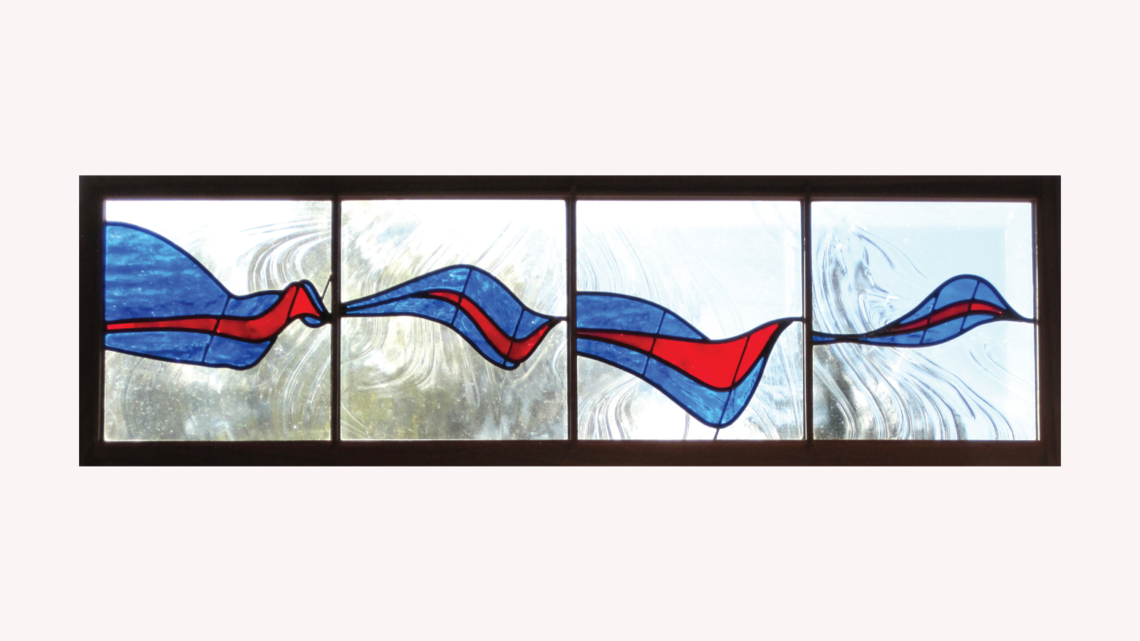 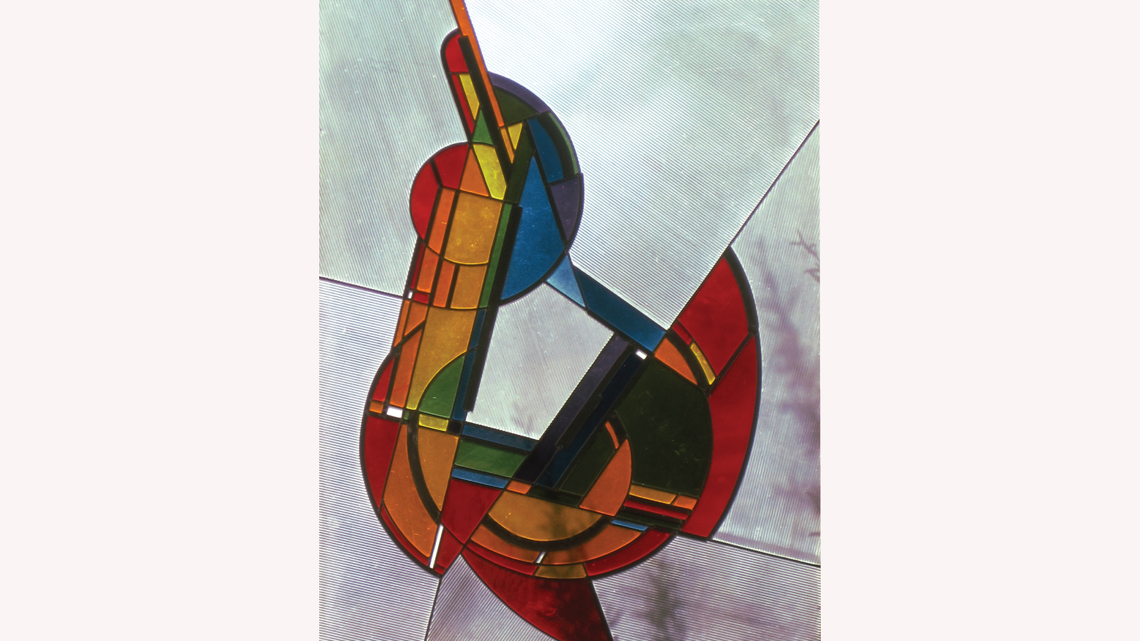 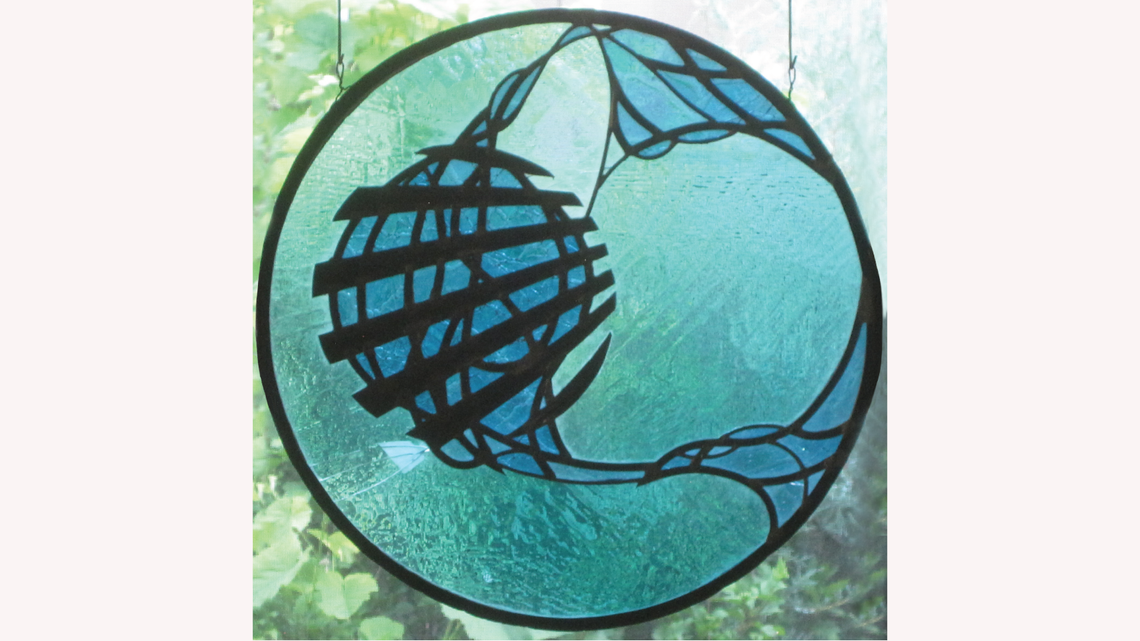 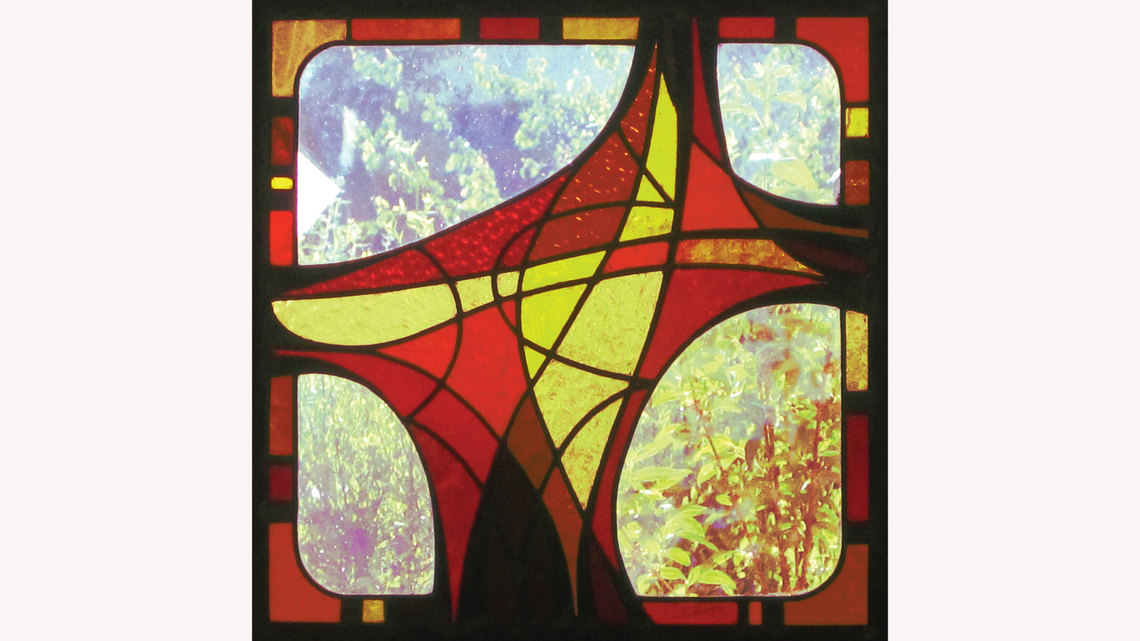 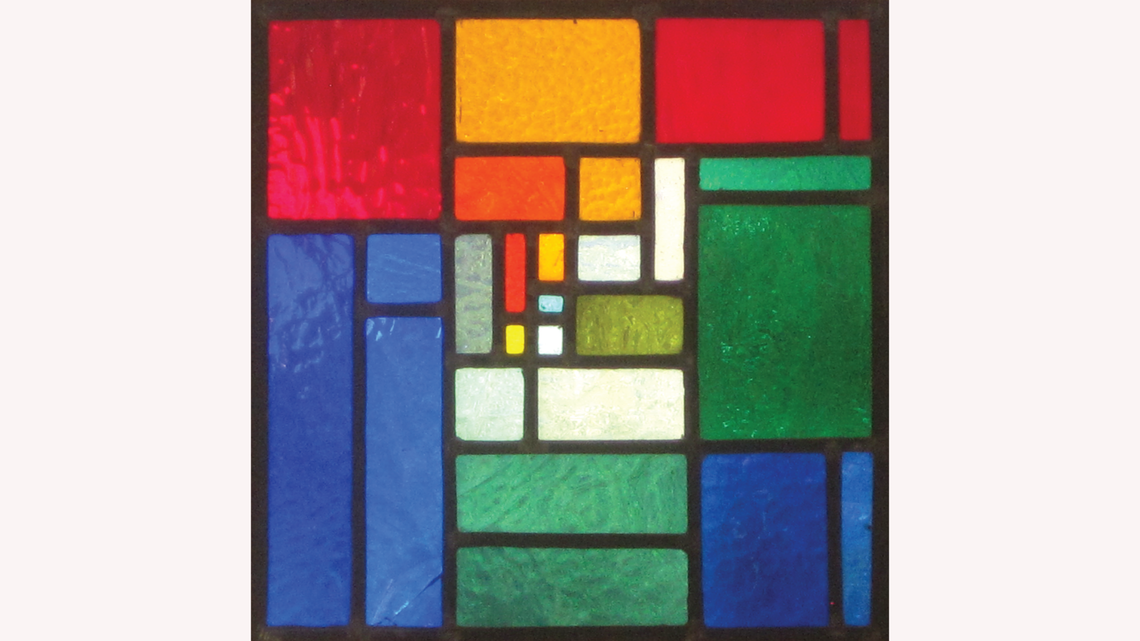 His first plot-based window, a rectangle-shaped piece with red, orange and yellow glass, was inspired by the results of a neutrino flavor oscillation study from the MiniBooNE experiment at Fermi National Accelerator Laboratory. He created two pieces after that, one from a plot generated during the hunt for the Higgs boson at the Tevatron, also at Fermilab and the other based on an experiment with quarks and gluons.

According to van Hecke, what inspires him about these plots is “purely the shapes.”

“In terms of the physics, it's what I run across—for example, I see talks about heavy ion physics, elementary particle physics, and neutrinos, [but] I haven't really gone out and searched in other fields,” he says. “Maybe there are nice plots in biology or astronomy.”

Although van Hecke has not yet displayed his pieces publicly, if he does one day, he plans to include explanations for the phenomena the plots illustrate, such as neutrinos and the Standard Model, as a unique way to communicate science.

But before that, van Hecke plans to create more stained glass windows. As of two months ago, he is semiretired—and in between runs to Fermilab, where he is helping with the effort to use Argonne National Laboratory's SeaQuest experiment to search for dark photons, he hopes to spend more time in the studio creating the pieces left on the drawing board, which include plots found in experiments investigating the Standard Model, neutrinoless double decay and dark matter interactions.

“I hope to make a dozen or more,” he says. “As I bump into plots, I'll collect them and hopefully, turn them all into windows.” 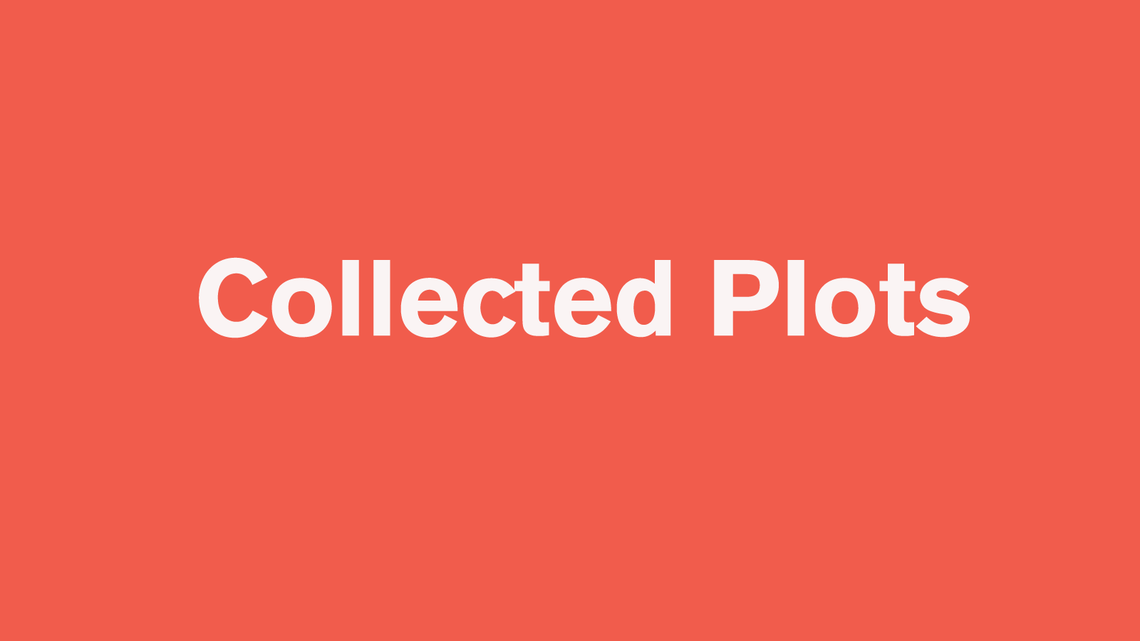 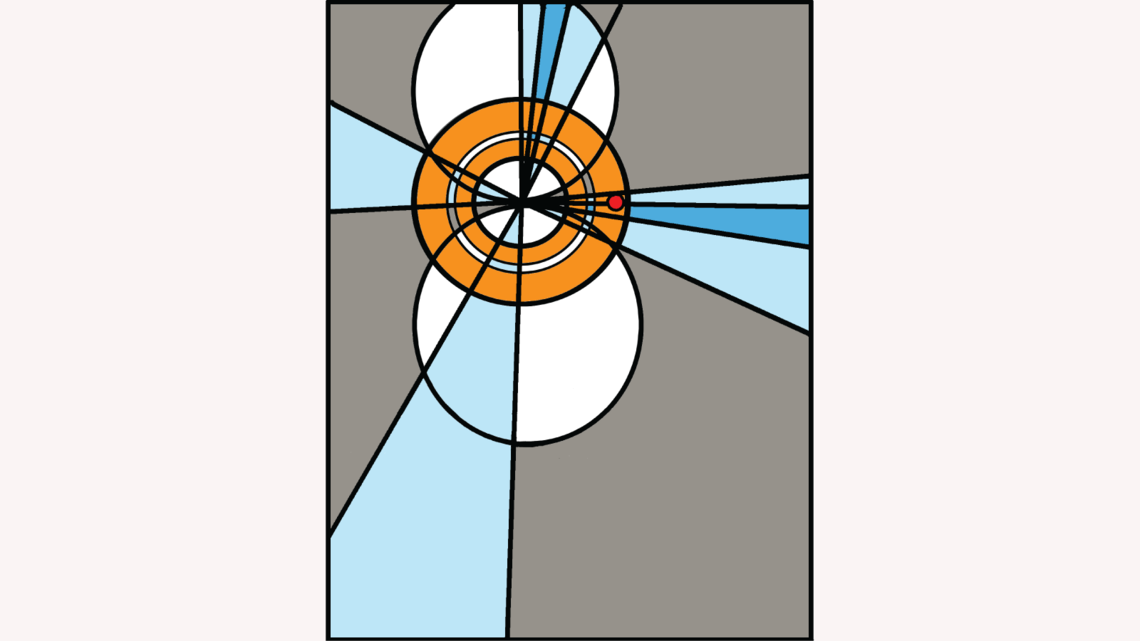 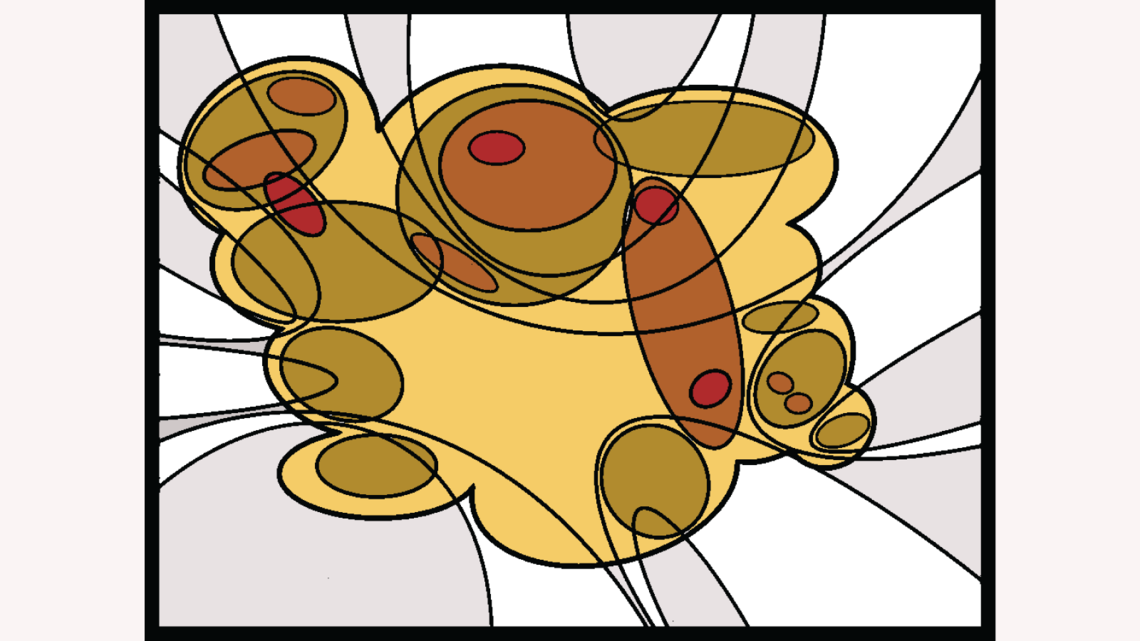 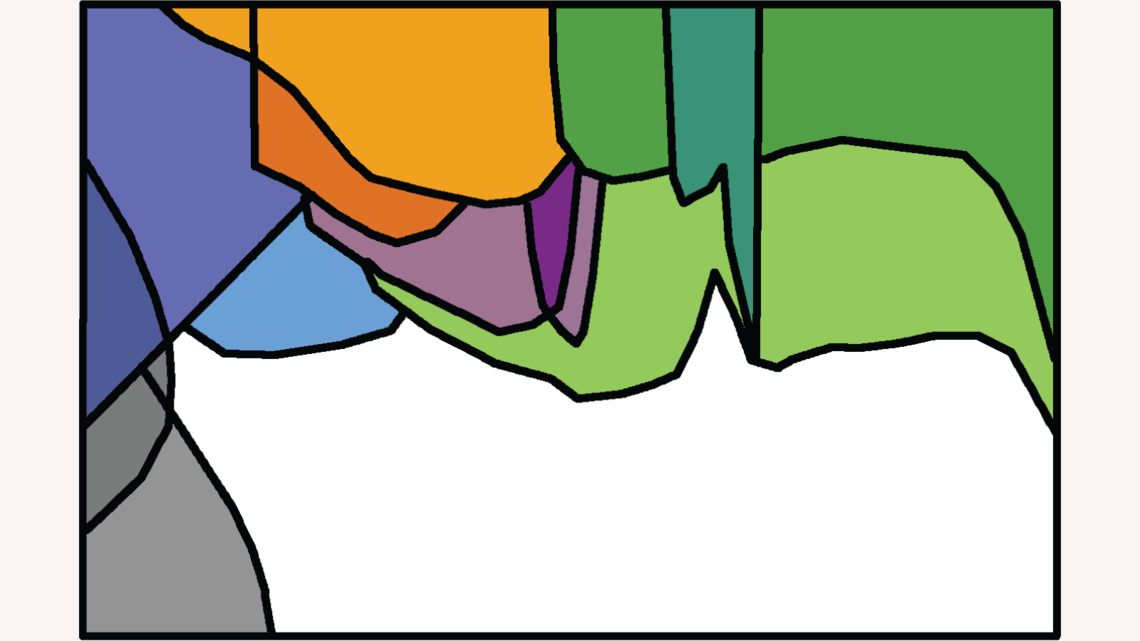 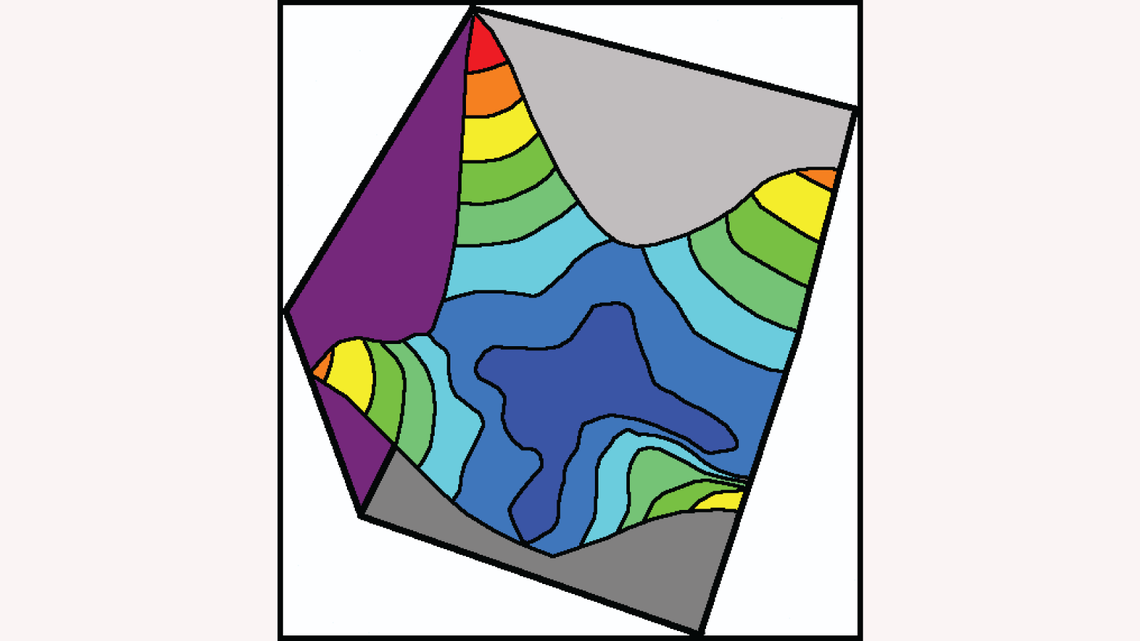 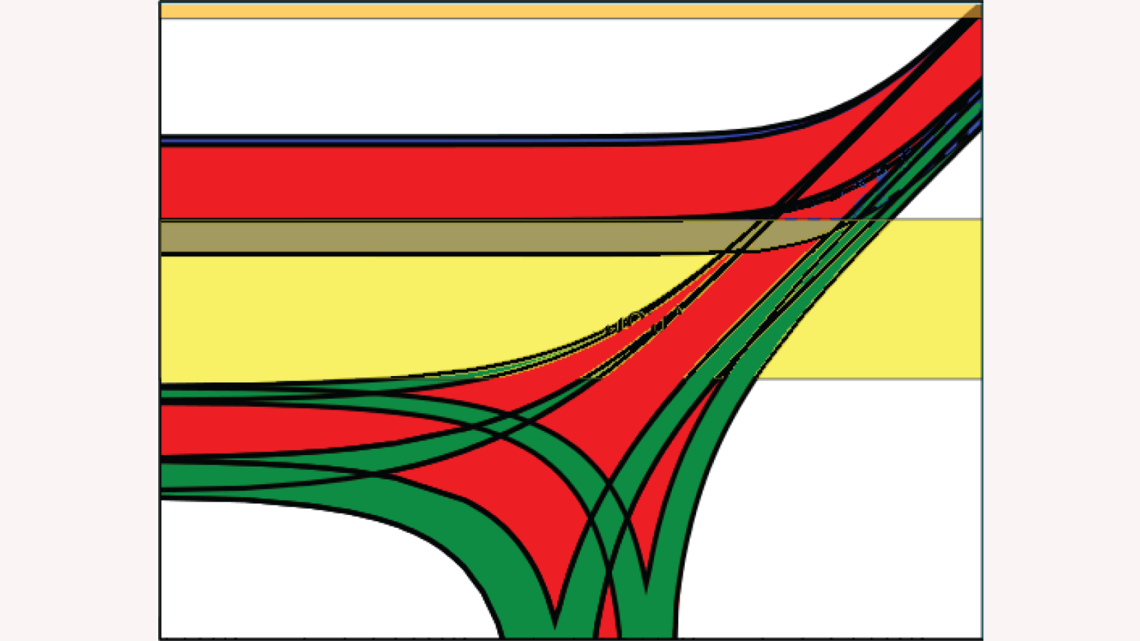 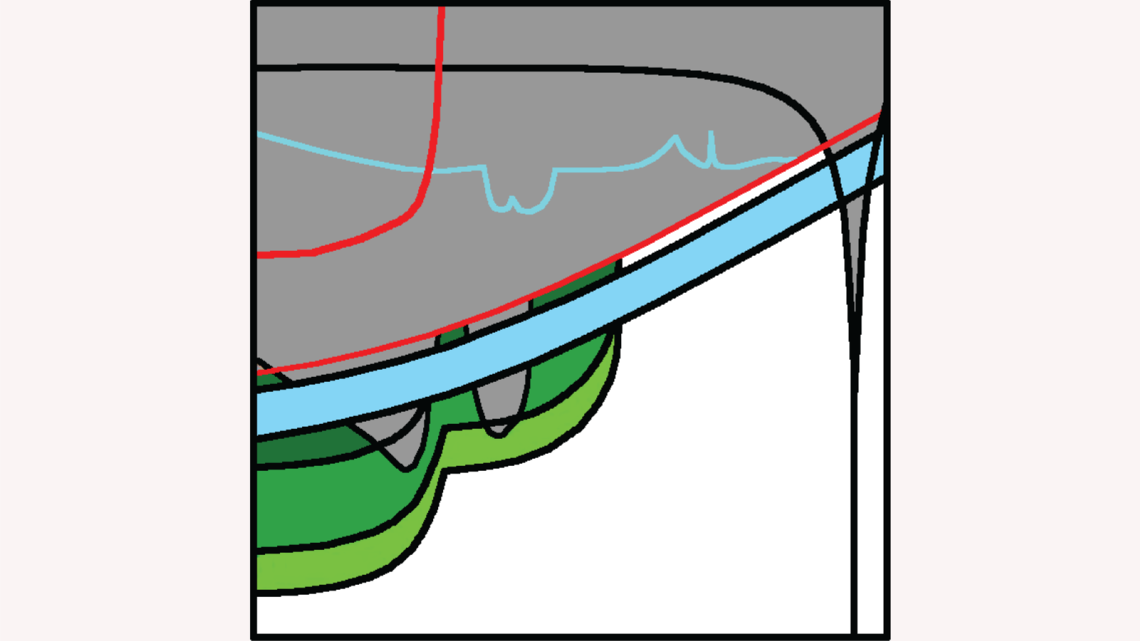 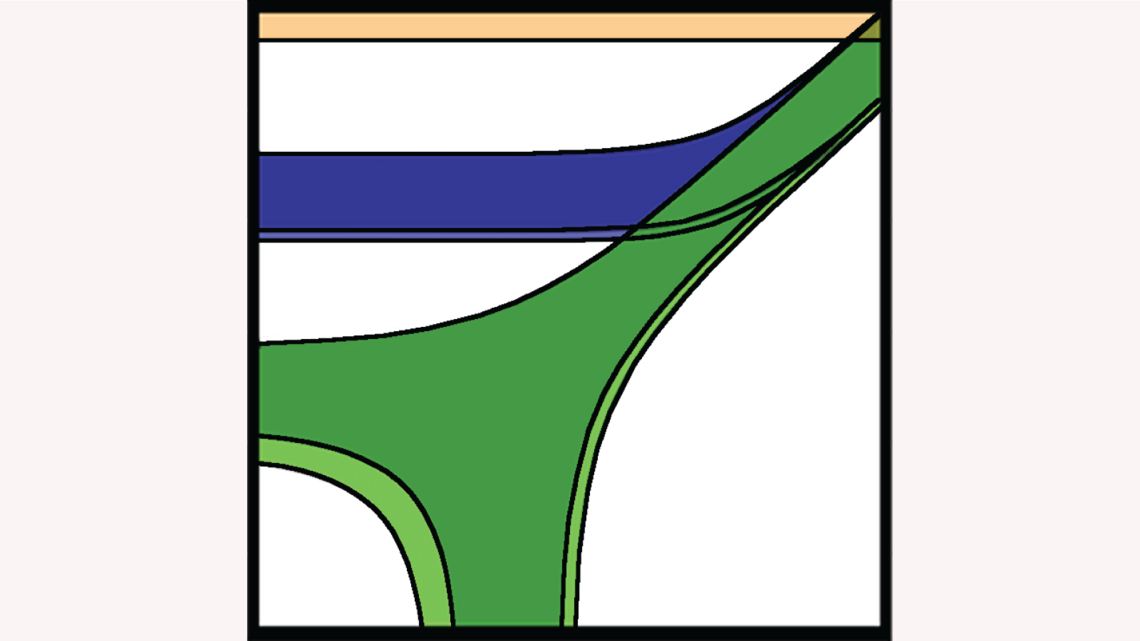 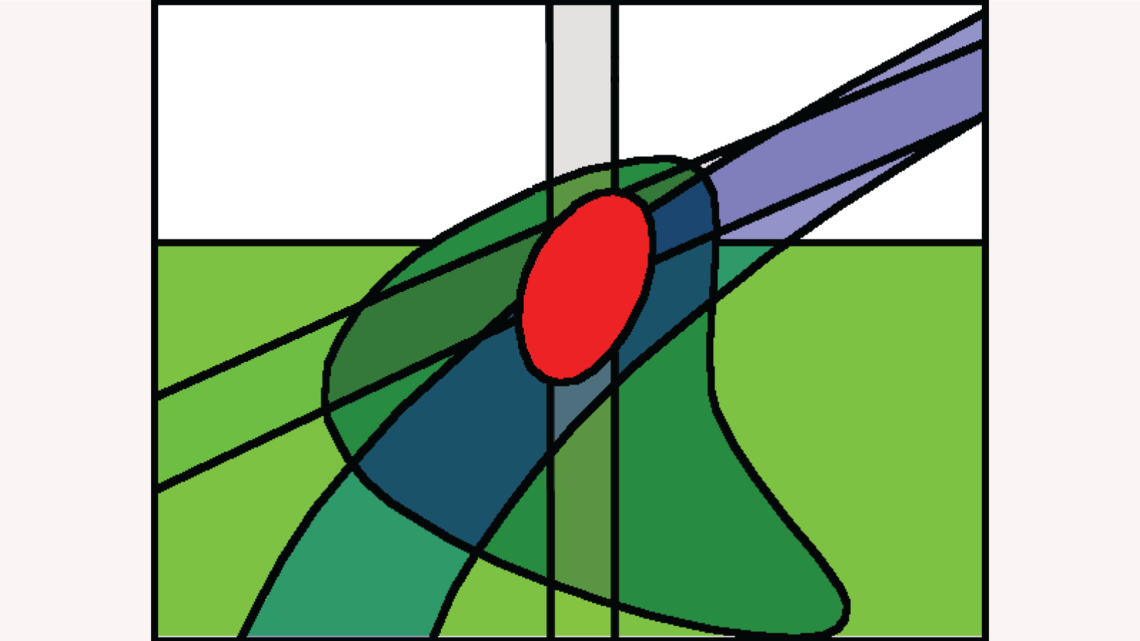 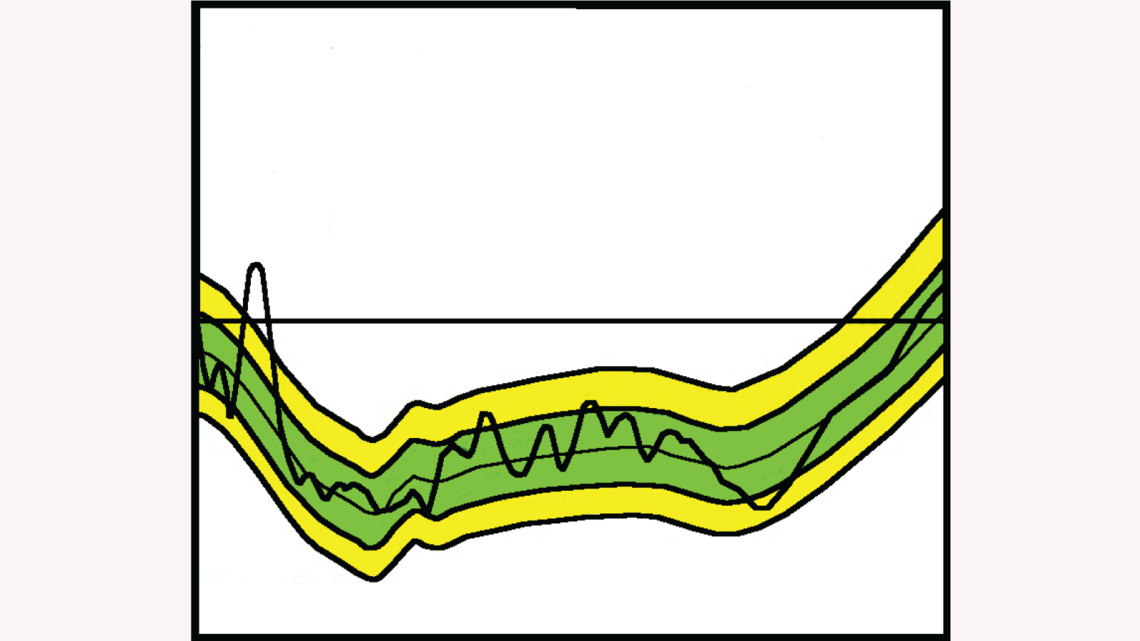