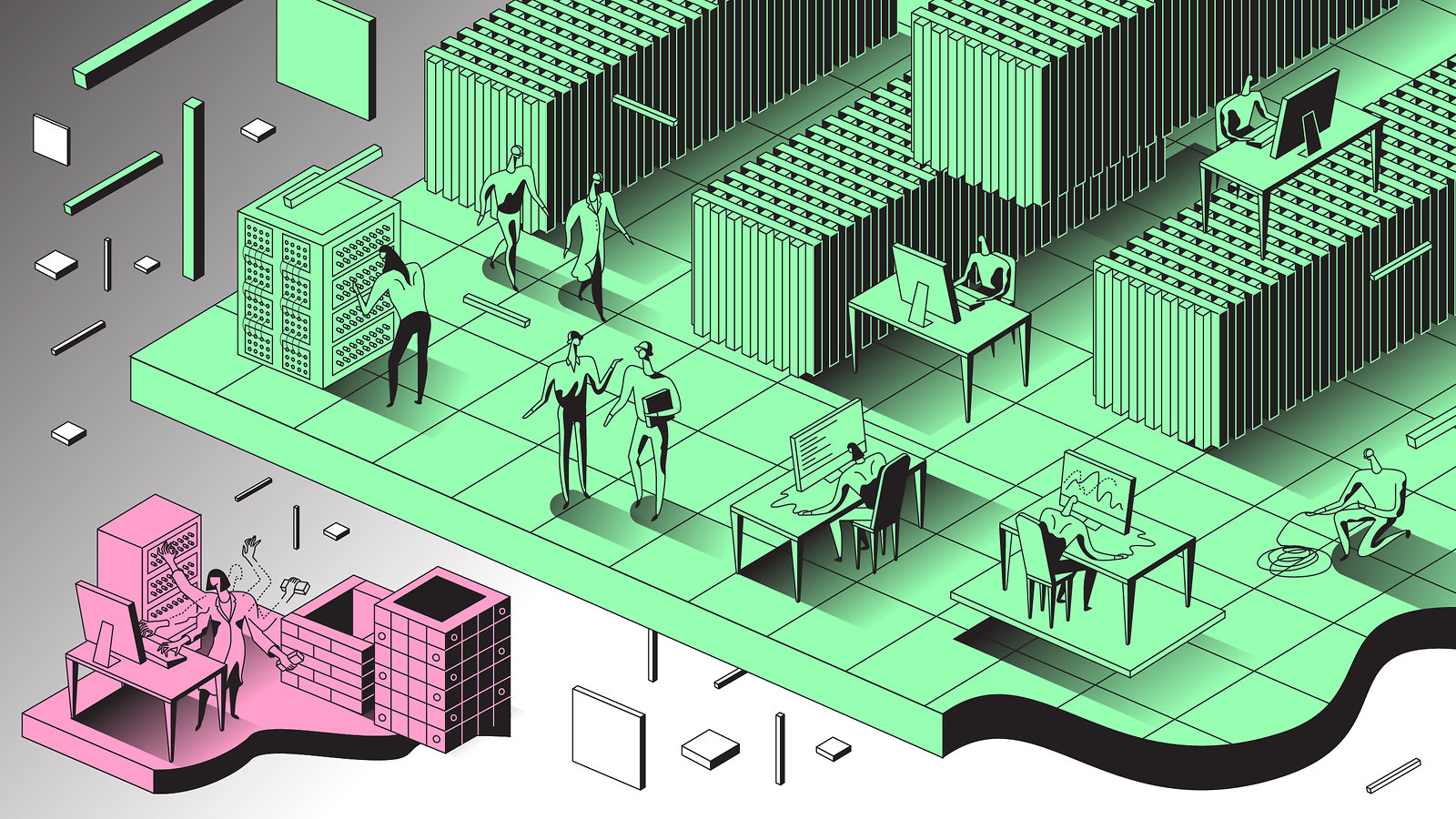 Nothing beats a small experiment for the breadth of experience it gives the scientist.

In March, a team of astronomers made a shocking announcement: They appeared to have found a galaxy with a severe lack of dark matter. The finding, published in Nature, challenged some of astronomers’ most fundamental knowledge about galaxy formation.

Perhaps as surprising as the result was the technology behind it. While many major astronomical discoveries are made by collaborations of hundreds or thousands of people with access to large, multimillion-dollar telescopes, the bizarre galaxy was observed by a team of five using a telescope two scientists constructed in their spare time from off-the-shelf Canon camera lenses.

The scope, called Dragonfly, is just one example of the small-scale projects that are making waves in fields such as astronomy and particle physics.

“Government agencies are uniquely positioned to be able to conduct the important big experiments,” says Fermilab scientist Aaron Chou. “But it shouldn’t be a requirement that the experiment has to be big to be interesting. The requirement should be, and is, that if the science is interesting, you should just go ahead and do it.”

The particle physics community is increasingly recognizing this. In 2014, an organizing group called the Particle Physics Project Prioritization Panel released its goals for particle physics over the coming decade, often referred to as the P5 report. One of its nine recommendations is to “maintain a program of projects at all scales, from the largest international projects to mid- and small-scale projects,” highlighting benefits of small-scale projects, such as exposing physicists to new techniques, allowing young scientists to lead projects, and facilitating partnerships between universities and national laboratories.

“It’s good to have a power-law kind of range spanning small, medium and large,” says Kate Scholberg, a neutrino physicist at Duke University. “I think that’s the healthiest thing for the community.”

Small experiments are different than their “big science” counterparts in more ways than just size. Big experiments have their own bureaucracies, with working groups, meetings, mandatory shifts and authorship policies. The smaller the experiment, the less this is required.

The fast pace and open culture of small experiments can make them ideal for graduate students. Students who work on large telescopes or accelerators such as the Large Hadron Collider get the excitement of contributing to a major project, but they experience only one small part of it, such as analyzing a portion of data collected by someone else. Phases of experiments can last more than the five or so years it takes to get a PhD, meaning a student can leave school without ever seeing an experimental process from beginning to end.

In contrast, students on smaller experiments can actively contribute to—or even oversee—everything from hardware conception and design to data acquisition, analysis and publication in the course of their degrees.

Deborah Lokhorst, a University of Toronto graduate student working with Dragonfly’s co-creator Bob Abraham, has experienced this firsthand. Lokhorst has already developed both software and instrumentation for the telescope. She’s currently working on the instrumentation to hold filters that will be placed in front of the lenses—generally impossible on larger scopes—to image gas that permeates the space between galaxies, known as the intergalactic medium, or cosmic web. The new filter location should allow for clearer images in a more narrow wavelength of light. Once the filter technology is produced, she’ll take the telescope to New Mexico to test it.

“For now, we really have to treat it like a physics experiment, which is very unusual in astronomy, to be doing an experiment,” Lokhorst says. “This is all untested so far.”

For his part, Chou has worked on several small-science experiments, including Fermilab’s Holometer, a miniature version of the twin interferometers that made the groundbreaking first detection of gravitational waves. The Holometer searched for evidence of the quantization of space-time and went from idea to published result in seven years. Chou’s four students on the project were in great demand when they graduated, he says, in part because they had intense experience in all aspects of experimental physics.

Scholberg has seen students move from large to small collaborations for this reason. She served as a spokesperson for the COHERENT experiment, which studies neutrinos bouncing off atomic nuclei. It first formed in 2014, and by 2017 had built its 31-pound detector, the smallest ever to successfully detect a neutrino. Scholberg also works on large neutrino experiments, including the international, Fermilab-hosted Deep Underground Neutrino Experiment, a collaboration of over 1000 physicists.

Graduate students contribute to DUNE, in part because it’s a unique opportunity to help shape a huge, decades-long experiment. But some also work on other experiments such as COHERENT to complete their doctorates—US institutions typically require PhD theses be based on experimental data, and data collected by the DUNE prototypes will not be available until this fall.

Eventually, the COHERENT team hopes to scale the project up. But starting at the largest scale was too expensive, and the team couldn’t secure funding. So they created a small version instead. “The strategy was, ‘Let’s start with something really small and modest and see if we can do it,’” Scholberg says. “That, I think, was actually the right strategy.”

In that spirit, Chou and several researchers organized a workshop last year to gather ideas for small-scale dark matter experiments, many of which could serve as prototypes for future large experiments looking for alternative types of dark matter.

“We don’t know much about dark matter, and so maybe it’s something very different than what we thought,” says University of Minnesota physicist Priscilla Cushman, one of the workshop’s organizers. “If that’s the case,  then large regions of unexplored parameter space become available, and small experiments with new ideas and technologies can make a big impact at the beginning.

The proposed small projects could serve simultaneously as experiments unto themselves and as tests for new technologies that might become the “big science” projects of the future. And because they allow for deep involvement of scientists at any stage of their career, they also help create a pipeline of well-trained, enthusiastic physicists who will keep the field strong for decades to come.

“[Dragonfly] really opened my eyes to the fact that these kinds of projects exist, where you can build your own telescope from ground zero and then do cutting-edge science,” Lokhorst says. “Just knowing that something like this actually worked would inspire me to try and think outside the box in the future, to explore and think about ways to image things that people haven’t seen before.”