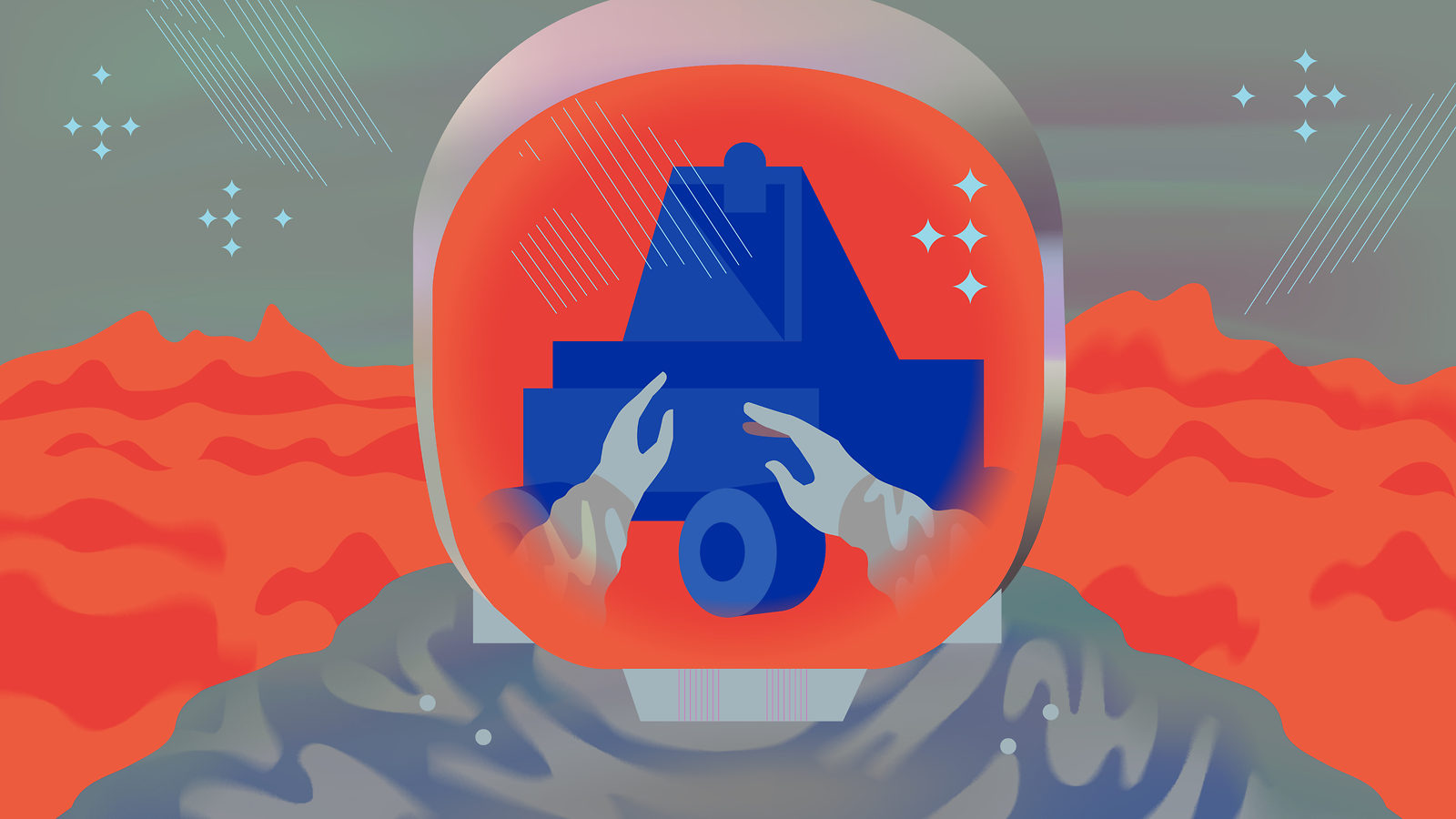 A lot of people say they would like to travel to Mars, but Zoe Townsend doesn’t just talk the talk. As a mechanical engineer at CERN, she knows the importance of putting ideas to the test. To see if she could actually handle the unique challenges posed by living and doing science on another planet, Townsend spent 12 days on a simulated Mars mission in the deserts of Utah.

Townsend and six other volunteers from Europe and Latin America made up the 212th crew of the Mars Desert Research Station, or MDRS, a space analog facility owned and operated by the non-profit organization The Mars Society. From May 6 to 17, they lived in a two-story, 26-foot-wide structure surrounded by red clay-like sand as far as the eye could see.

Eating dehydrated food, taking sponge baths and donning hot 20-pound suits every time they ventured outside, the members of the simulated mission learned firsthand what it might be like to do science on Mars. “Everything that seems easy is so much harder,” Townsend says.

Townsend has a combined bachelor’s and master’s degree in aerospace engineering design from the University of the West of England. At CERN she works on projects for the high-luminosity upgrade to the Large Hadron Collider and the Future Circular Collider. At MDRS Townsend’s project was to test a rover that could eventually be used for drilling into the surface of Mars.

During the mission, the crew’s top priority was staying safe, followed by maintaining the simulation, then doing science. (They weren’t allowed to break simulation for the sake of their research, for example.) Last in line was comfort. But Townsend says she was up for the challenges that came her way.

The first one arrived just after the mission began when, due to a luggage mix-up, Townsend was left without the USB that allowed her to boot up and control the rover.

“Normally, you’re like, okay, I'll just Google it and find out what you need,” Townsend says. But on Mars, “You don’t have that. There’s nothing. You just have your own brain, everyone else’s brain and email.”

Luckily Crew 212 contained a wide variety of brains to help out. Members were astrophysicists, engineers, astrobiologists—even a space architect—hailing from the United Kingdom, Italy, Spain, Peru, Mexico and Colombia. 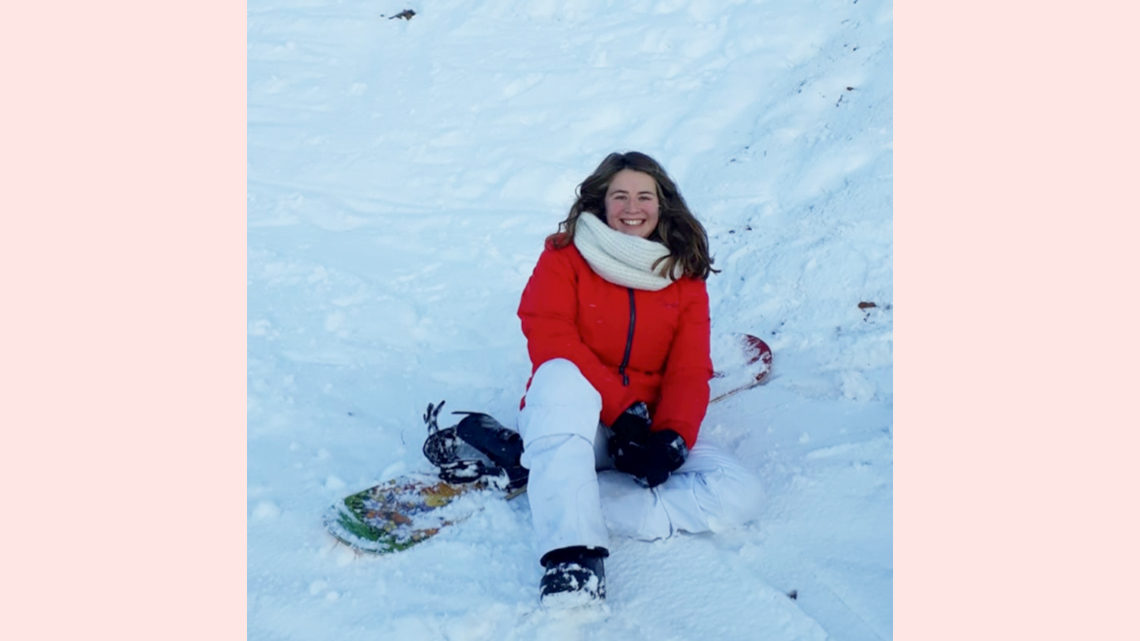 CERN engineer Zoe Townsend served as the crew journalist during a MDRS simulated mission to Mars. 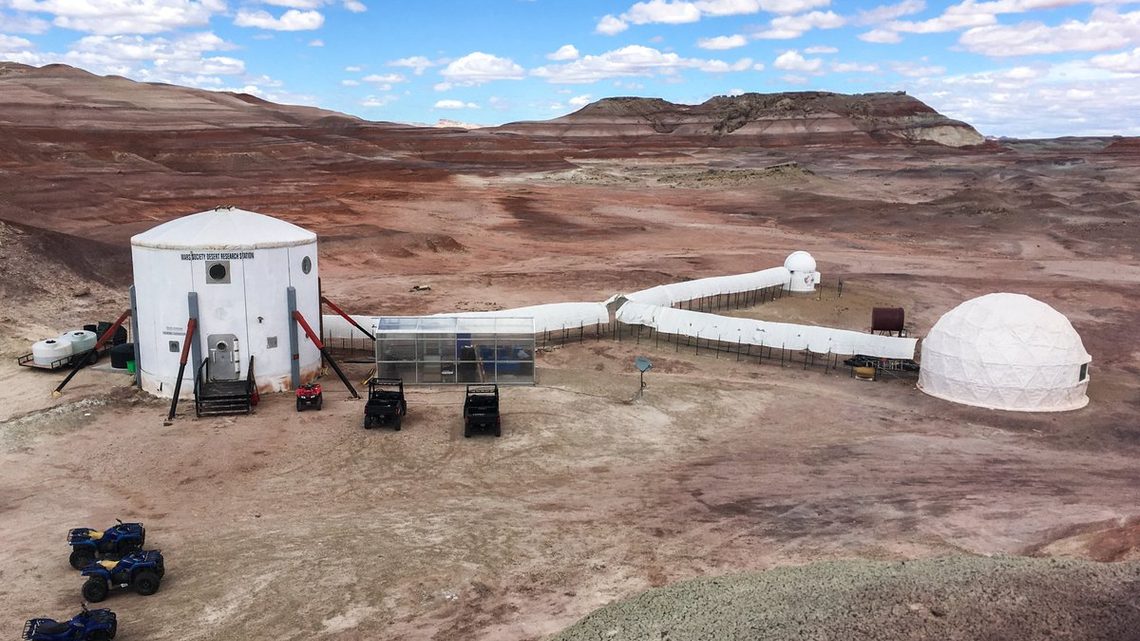 The Mars Desert Research Station is a prototype of a habitat people could use during a mission to Mars. 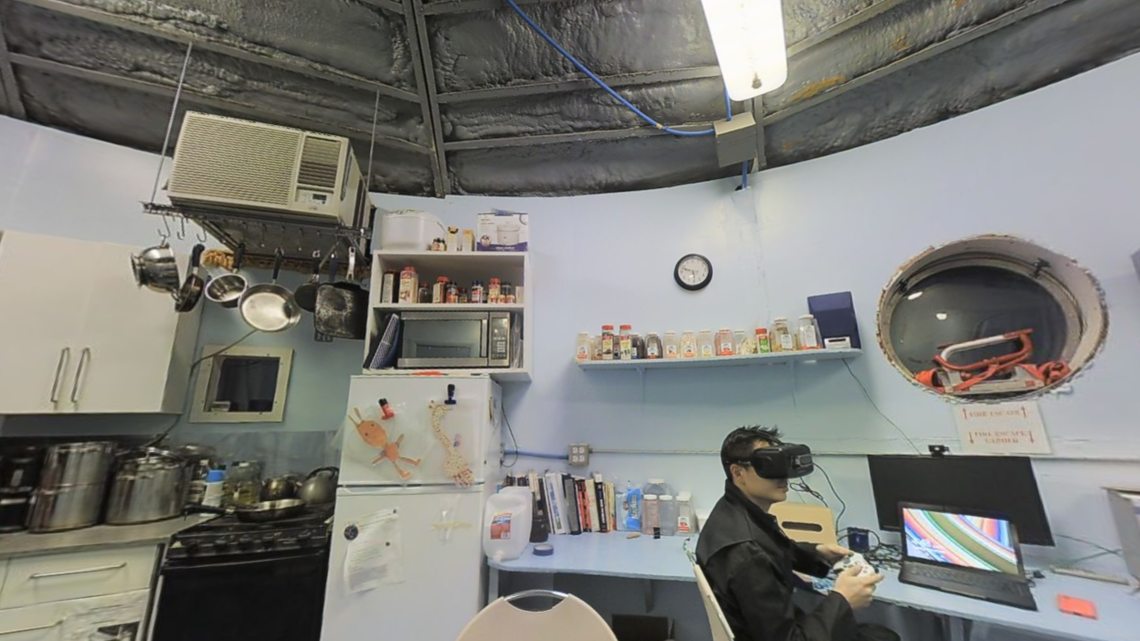 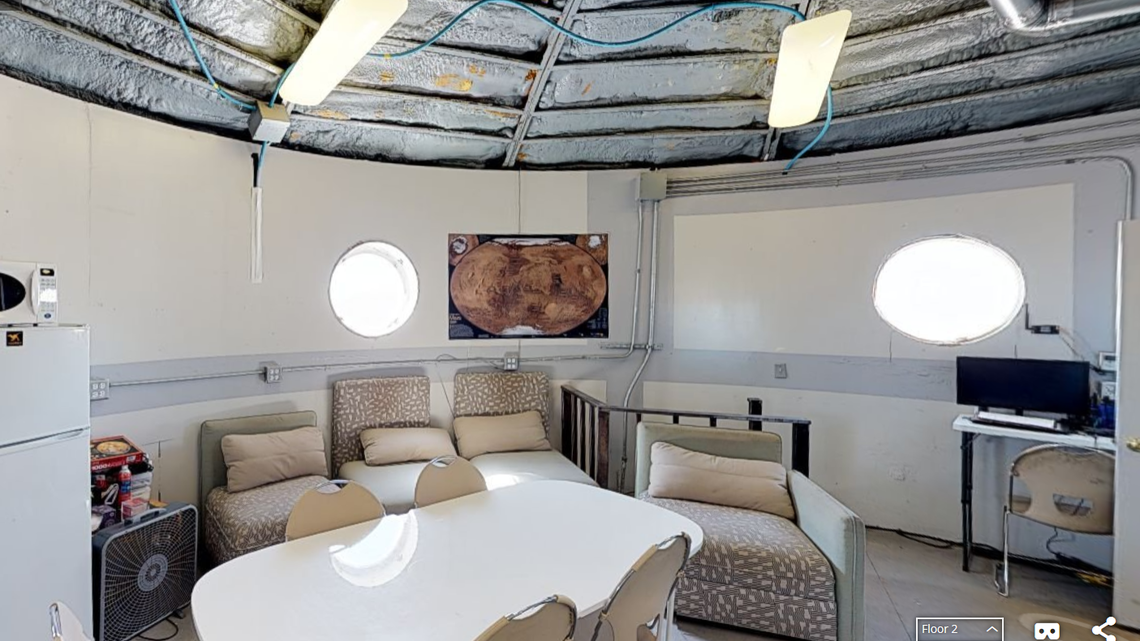 The Hab can house up to seven crew members at a time. 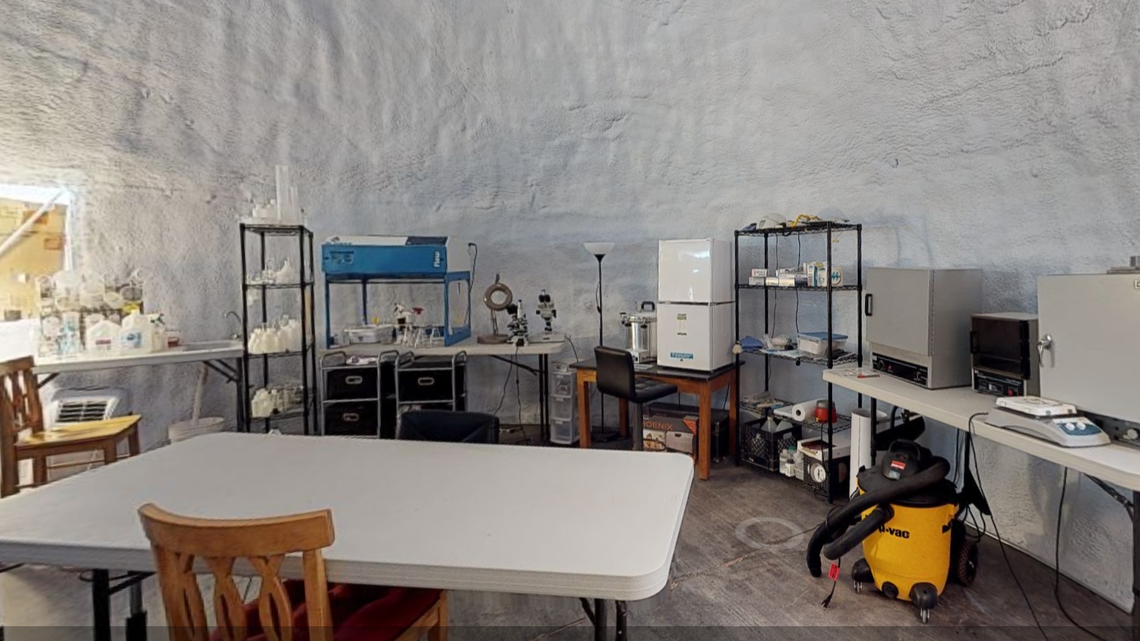 The Science Dome serves as the primary lab space for research in biology, geology and other fields. 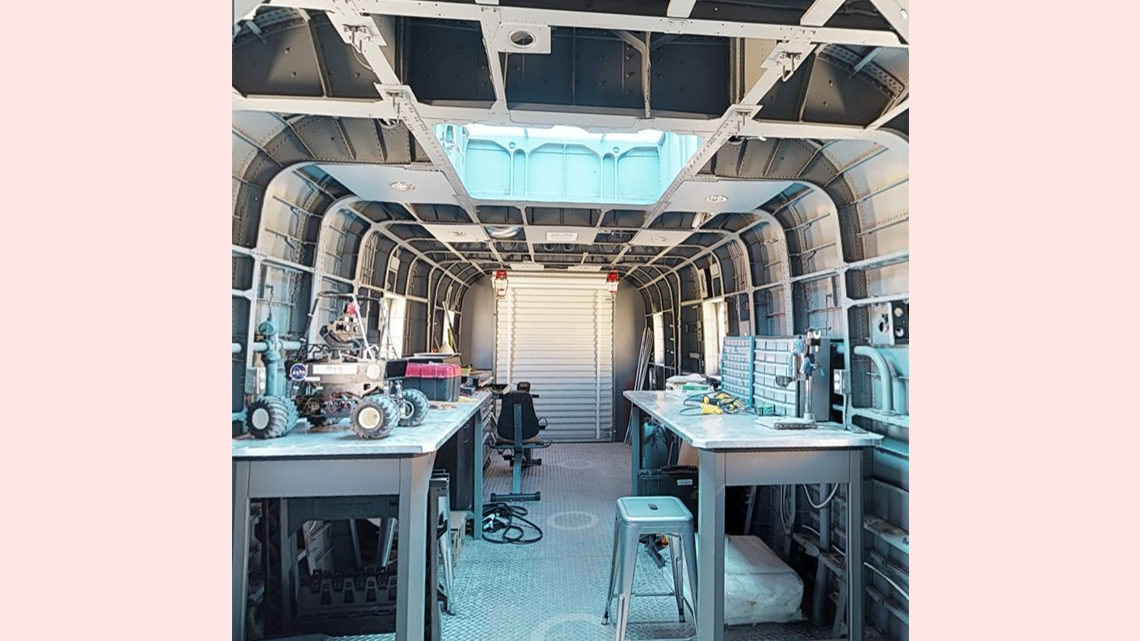 Crew members can repair hardware and work with tools in the Repair and Assembly Module. 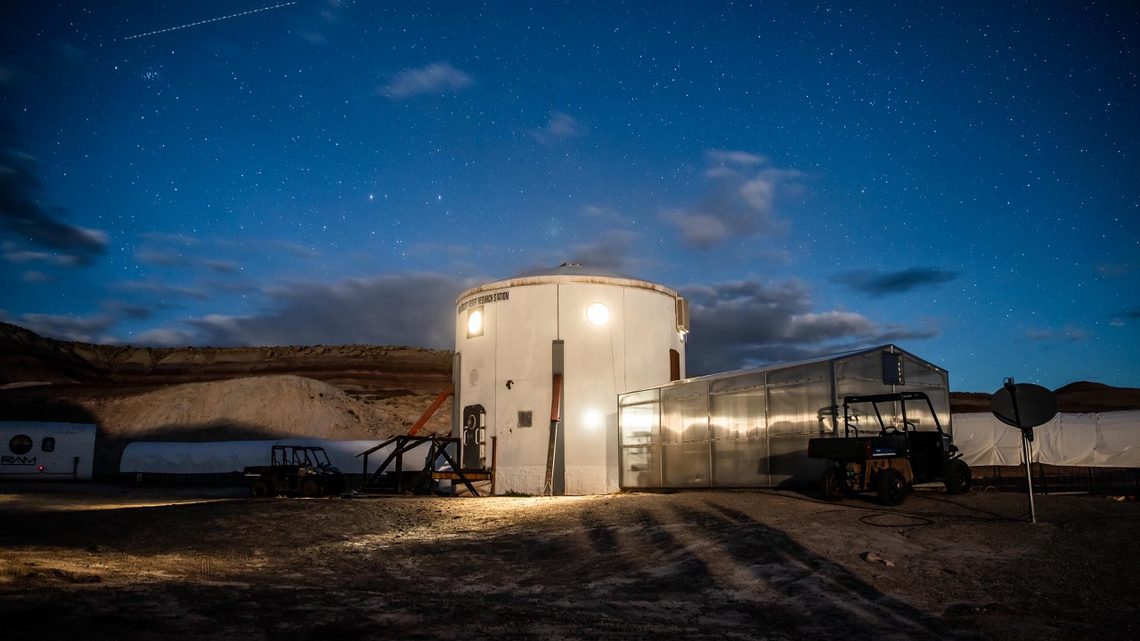 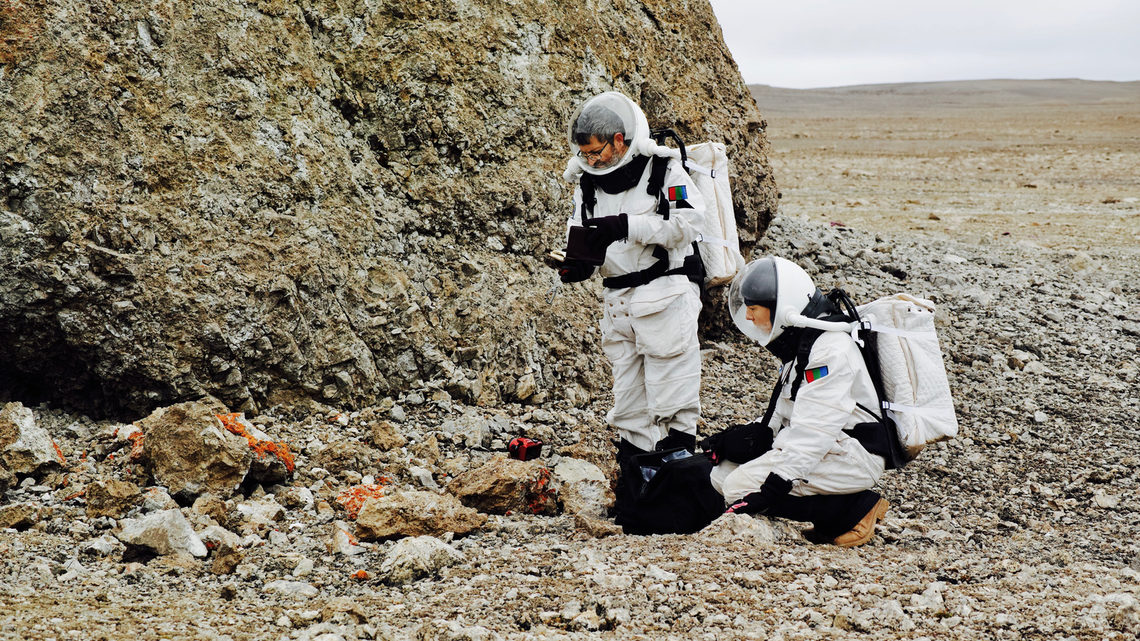 Crew members wear 20-pound suits to explore outside in the simulated Martian terrain. 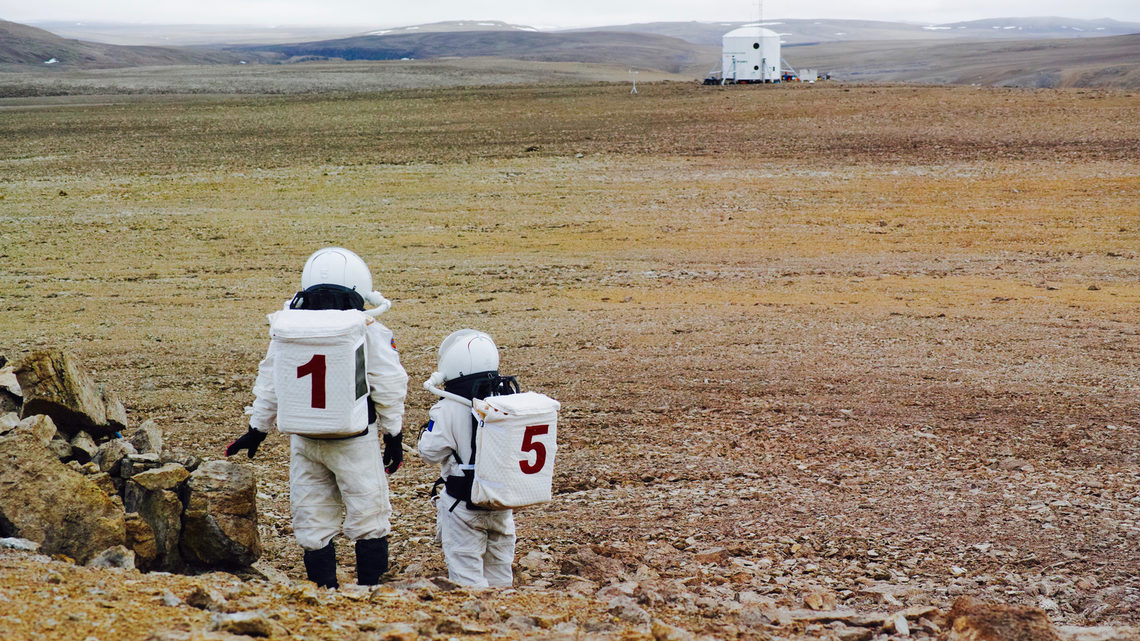 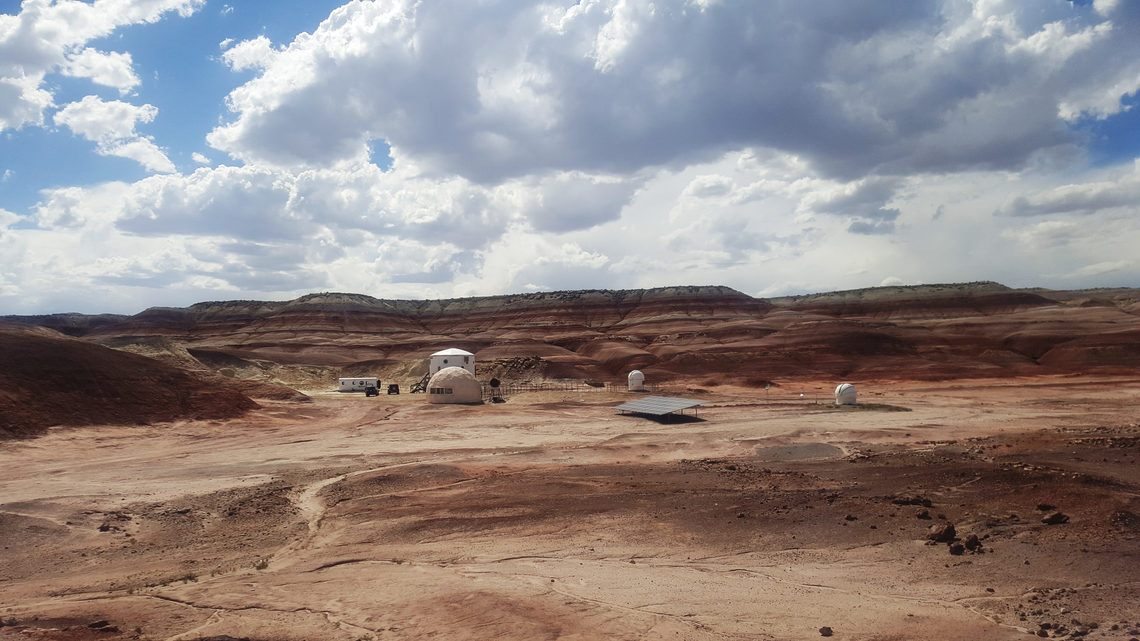 The MDRS's location in the desert near Hanksville, Utah, was chosen for its similarity to the landscape of the Red Planet.

While the crew had video-chatted in the months leading up to the mission, they didn’t all meet face-to-face until May 1, five days before starting simulation. For never having interacted in person before, Townsend says, the crew got along remarkably well. Some of her favorite memories from the mission were two cultural nights—one for Europe, one for Latin America—during which crew members showcased their countries’ traditions, games and food (which, for a special treat, was non-dehydrated).

On top of working together to conduct experiments and manage the facility, each crew member had a designated role: There was a commander who doubled as a crew scientist, one astronomer, one Greenhab officer (in charge of the MDRS greenhouse), one executive officer and two engineers.

Townsend was the crew journalist—less like a news reporter and more like someone keeping a travel diary. Every day Townsend wrote brief entries and sent them to mission support with other technical reports from her crew, all of which were published to the MDRS website.

Fellow Crew 212 member Paolo Guardabasso, a space systems engineer from Italy, says Townsend and her reports added a necessary dimension of structure to their time on the mission. He says it was easy to lose track of the date while “in sim” because the crew used Mars days (called “Sols”) instead of Earth days. “For me, [reading Townsend’s reports] was like keeping touch with reality,” Guardabasso says.

Once the mission ended, Townsend and her fellow crew members returned to their home institutions with new skills from their time on “another planet.” MDRS can now add Crew 212’s experiences to their vast database of knowledge that they hope will help to one day design an effective and successful Mars crew and mission.