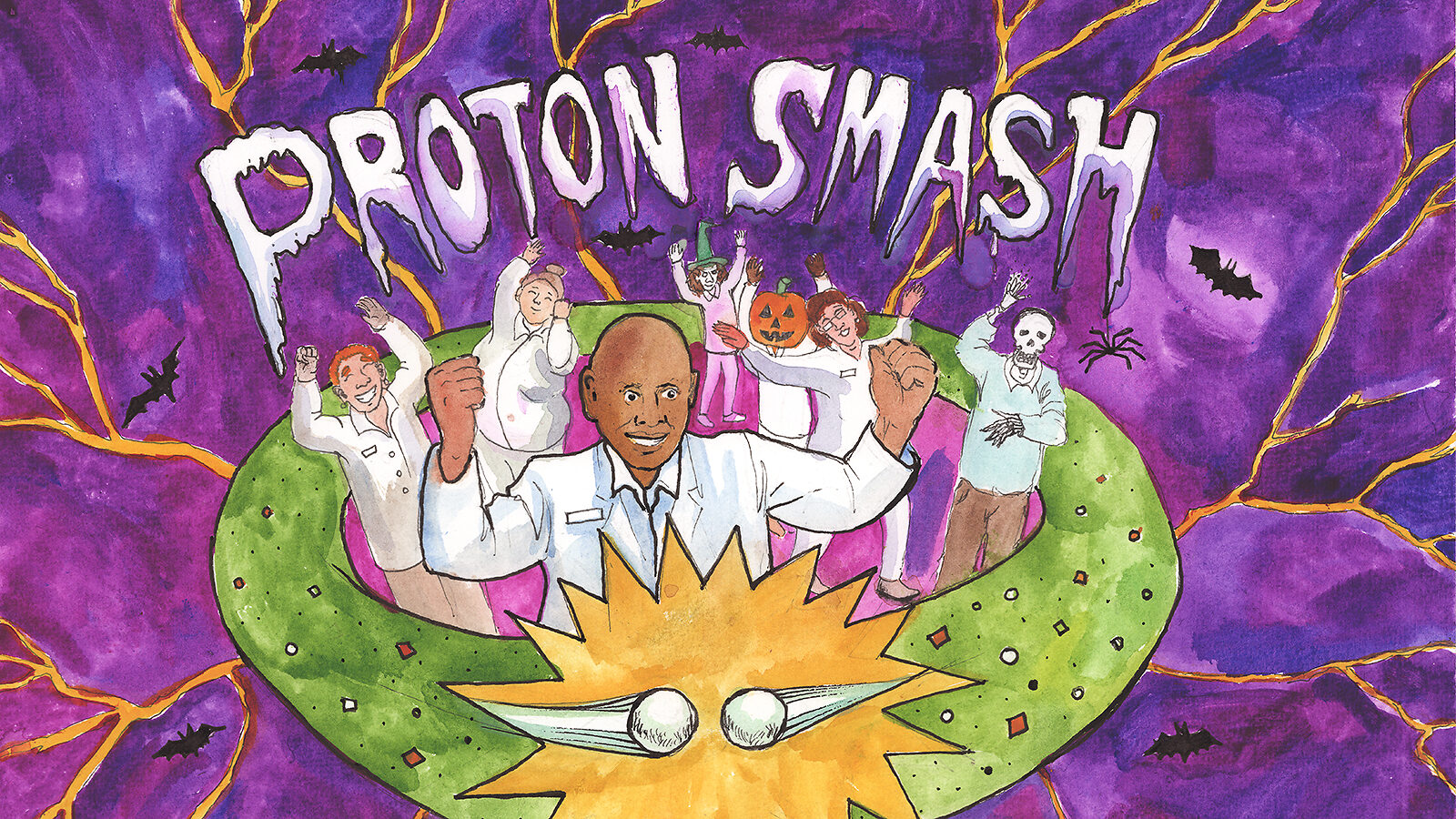 The unofficial song of Halloween, Bobby Pickett’s Monster Mash, starts with a narrator working in a lab—but that’s where the science ends. So a few Fermilab singers got together and recorded a new, physics-themed version.

If you find yourself at karaoke singing the Proton Smash, let us know by tagging @symmetrymag on Twitter.

I was working in the lab late one night
When my eyes beheld a glorious sight
For my particle beam began to energize
And suddenly, to my surprise

From my control room where computers gleam
We tuned and twirled the particle beam
The scientists gathered, they wouldn’t hide
How much they love to see things collide

Bridge: The operators were having fun
It was the start of the run
Who knew what we’d discover
When it was all done?

The detectors recorded what we couldn’t see
While theorists predicted what would come to be
And thinking ahead, some had already made
Shiny new components for the next upgrade

The data was coming, it flowed in fast
Processed by computers working en masse
The scientists all cried out in delight
They found a bump, a bump in the night

Researchers danced, they boogied down
To celebrate the new particle they’d found
There was just one hitch in all their plans –
The results were presented in Comic Sans