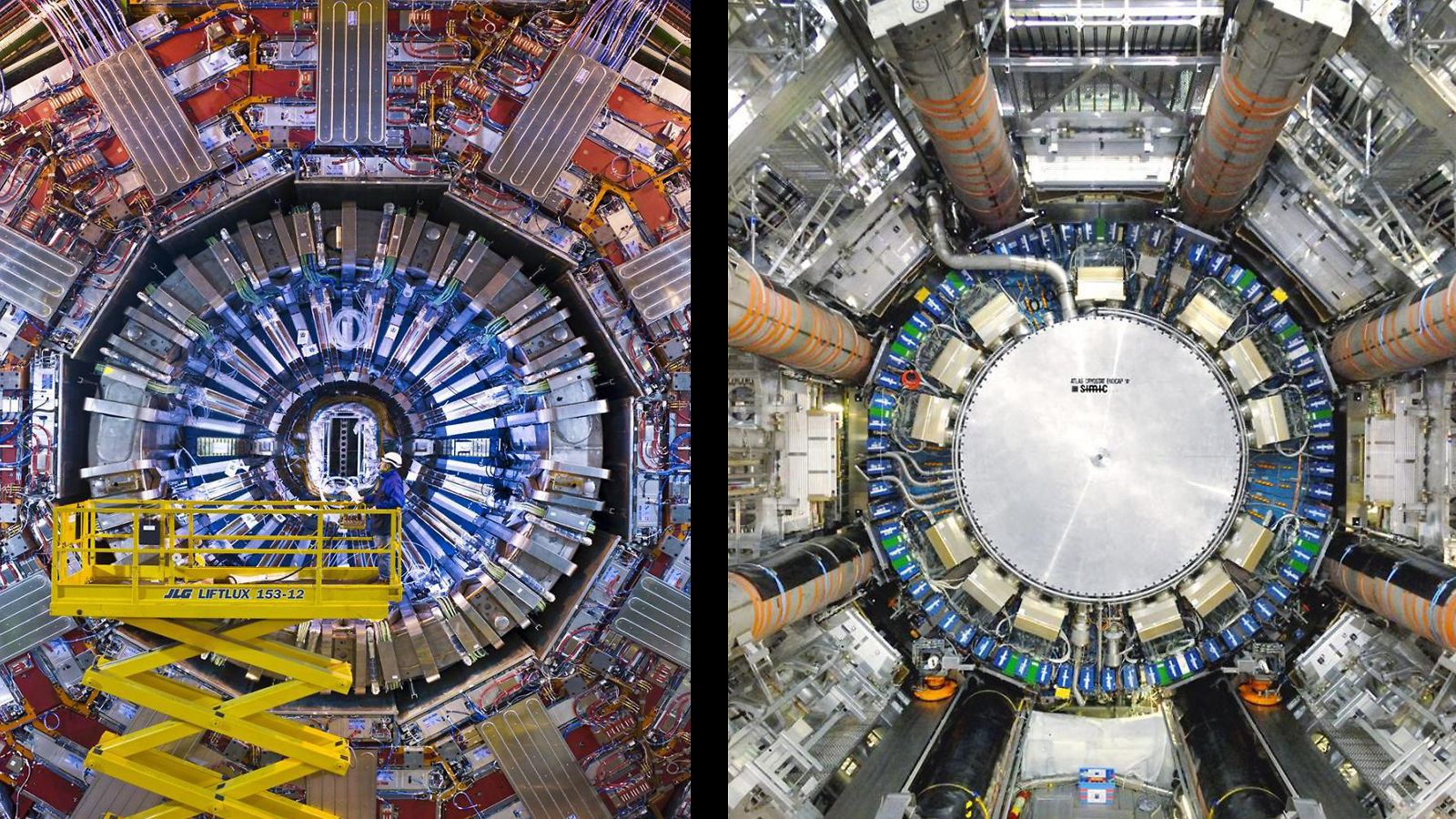 Today two experiments at the Large Hadron Collider at CERN announced a discovery that finally links the two heaviest known particles: the top quark and the Higgs boson. The CMS and ATLAS experiments have seen simultaneous production of both particles during a rare subatomic process. This is the first time scientists have measured the Higgs boson’s direct interaction with top quarks.

“This observation connects for the first time directly the two heaviest elementary particles of the Standard Model: the top quark, which was discovered in 1995 at the Tevatron by the CDF and DZero experiments, and the Higgs boson,” says Boaz Klima, a scientist at the US Department of Energy’s Fermi National Accelerator Laboratory and the CMS publication board chair.

The Higgs boson was predicted in the 1960s and discovered by the CMS and ATLAS experiments in 2012 using particle collisions generated by the LHC.

Fundamental particles gain mass through their interaction with the Higgs field, so it would make sense that the top quark—the most massive particle ever discovered—would have a strong coupling with the Higgs boson. But scientists say they need to test every aspect of the theory in order to fully verify it.

Before its discovery, theorists had a good picture of how the Higgs boson was supposed to behave, according to the Standard Model of particle physics. Now that LHC physicists can nimbly produce and study Higgs bosons, the next step is to scrutinize these predictions and see if they hold water. A big question has been whether the Higgs boson can interact with quarks and, if so, what this relationship might look like.

“The Higgs boson was originally predicted because it helped explain why some force-carrying bosons had mass while others remained massless,” says Anadi Canepa, the new head of the CMS Department at Fermilab. “However, the Higgs also endows quarks with mass. ”

Even though scientists suspected that the Higgs boson interacts more strongly with the massive top quark than any other, all evidence until recently has been below the threshold required to claim a discovery. These new results—one paper published today in Physical Review Letters from the CMS collaboration and another paper submitted by the ATLAS collaboration—show definitively that the Higgs boson communicates with the top quark as predicted and opens up a new door to explore these interactions further.

“Much of what we think we know about the Higgs boson hinges on its relationship with the top quark,” says Rachel Hyneman, a graduate student at the University of Michigan who worked on the ATLAS analysis. “We believe that roughly 90 percent of Higgs bosons are produced through virtual top quarks.”

The proton-proton collisions inside the LHC produce long chain reactions that often involve multiple steps and players. These new studies focused on the rare process in which two gluons inside the colliding protons fuse and produce two virtual top quarks, which are quantum mechanical fluctuations and not yet fully formed discrete particles.

“When these nascent top quarks recombine, they normally pop out a single Higgs boson,” Hyneman says. “But 1 percent of the time, this solitary Higgs is accompanied by two real top quarks. This is what we set out to find.”

Because Higgs bosons and top quarks are short-lived particles, they almost immediately transform into more-stable daughter particles, many of which also decay. This rapid transition from one generation to the next makes it challenging—though not impossible—to retrace the lineage of the detected daughter particles back to their common ancestor.

“We looked at many different decay modes of Higgs bosons,” says Chris Neu, a physicist at the University of Virginia who worked on the CMS analysis. “This process is so rare that we needed to combine results from different Higgs signatures to maximize our sensitivity and establish the top-Higgs signal.”

The next step is to precisely measure this coupling strength and determine if it matches the predictions.

"Directly measuring the coupling of the top quark to the Higgs boson is a fundamental test of the Standard Model,” says Sally Dawson, a senior physicist and theorist at DOE’s Brookhaven National Laboratory. “This measurement limits the possibilities for new heavy particles that may interact with the top quark."

Further studies will continue to explore the behavior of the Higgs boson and how it fits into the universal mosaic of matter.