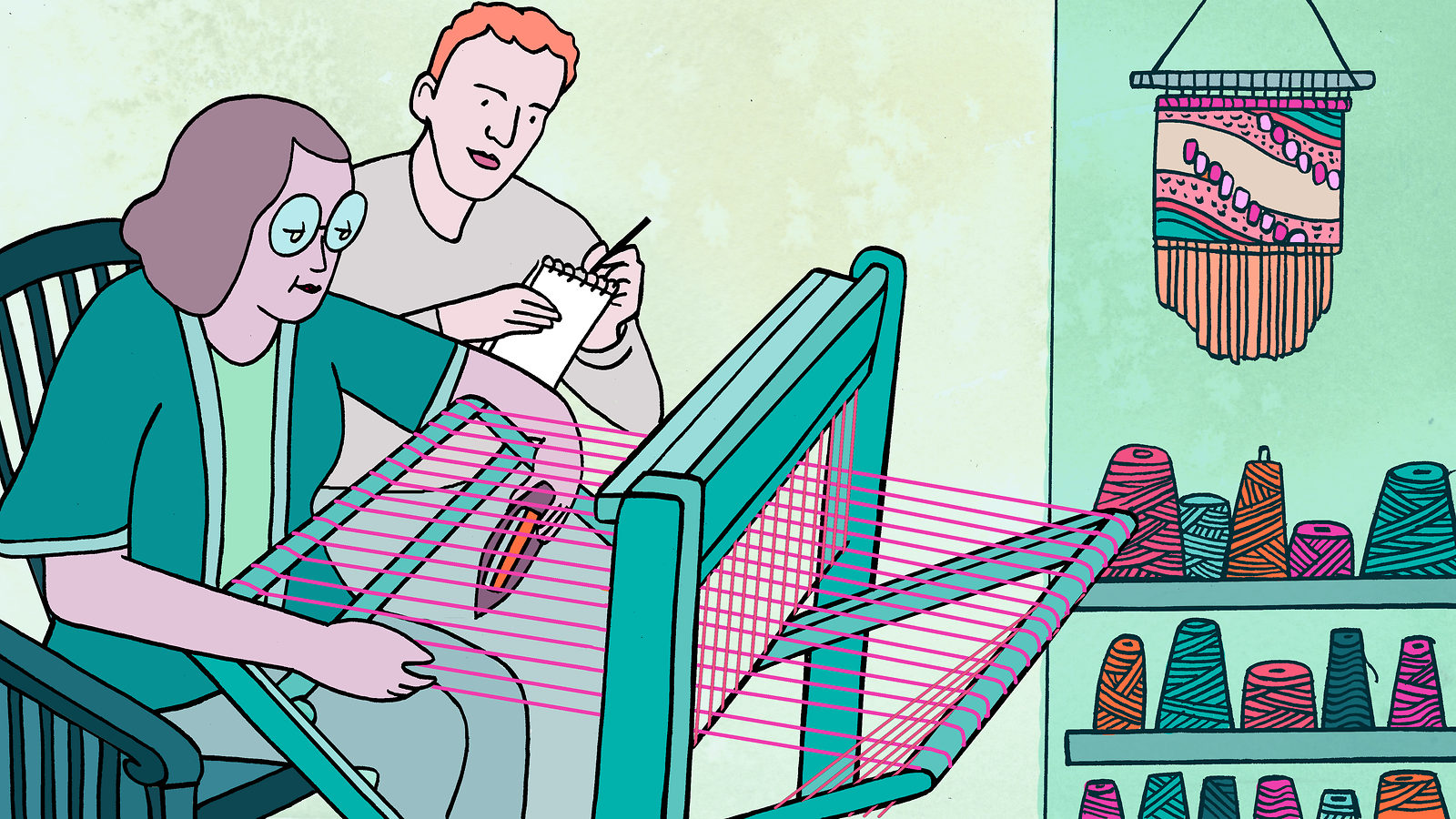 At a recent meeting of the Mountain View Handweavers club, five women chatted in their rocking chairs with an unusual newcomer: Engineer Knut Skarpaas of SLAC National Accelerator Laboratory. He was an affable, inquisitive man about the age of their sons and grandsons.

He explained he was looking for advice on how to build a loom to help particle physicists catch dark matter.

This wasn’t the first time Skarpaas had consulted with experts well outside high-energy physics for a project. Not by a long shot. He has found inspiration for machine designs and fabrication methods in ancient Egyptian jewelry, silversmithing, origami, spider webs and honeycombs. He is currently seeking permission to build a machine primarily from sapphire.

“The mechanical world is his playground,” says colleague Michelle Dolinski of Drexel University.

Back at his office, Skarpaas’s desk drawers rattle with the gears and tools he played with as a kid when his father, also a SLAC engineer, worked at the same desk.

“He has many of his father’s gifts, but they are not identical,” says Gordon Bowden, a fellow engineer at SLAC who has worked with father and son. “Curiosity has driven Knut to accumulate much diverse, direct, hands-on experience—a trait becoming more and more rare in engineering.”

In his briefcase, Knut carries a magnifying glass and a miniature microscope to examine objects he finds. He has picked apart and reassembled thousands of machines since childhood, from his father’s watch to sunken cameras salvaged on scuba expeditions and his grandmother’s Opel Kadett automobile. 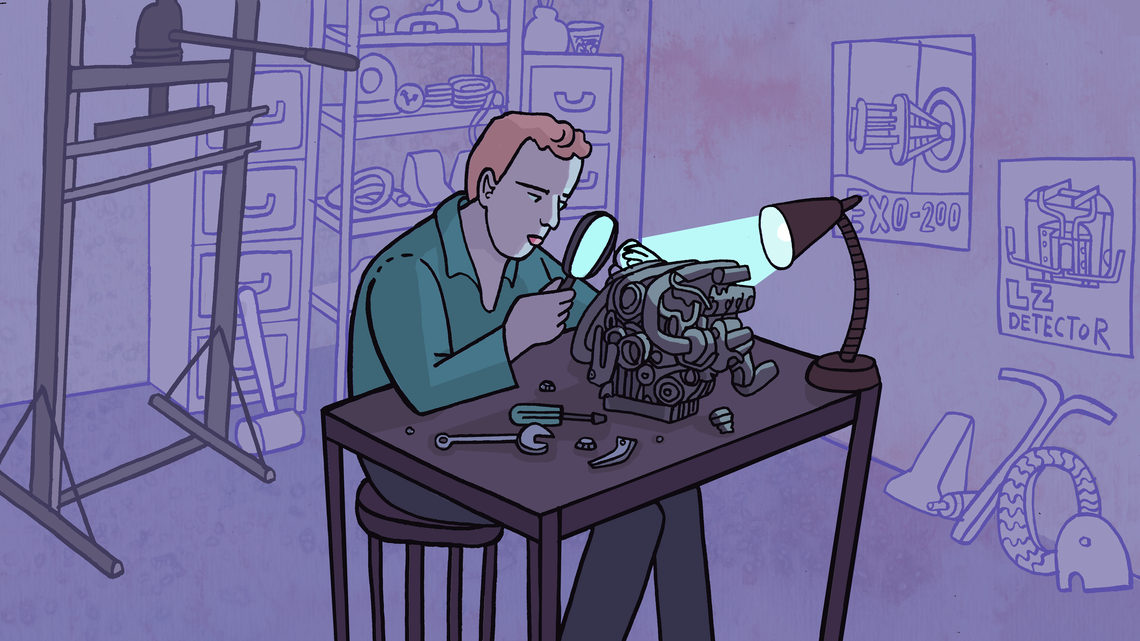 The details, he says, make the difference between something that works and something that doesn’t. But studying things that don’t work can be half the fun. “If the things are actually going to get thrown away anyway, you can take them apart more violently because you’re not going to put them back together,” Skarpaas says.

That might mean hitting them with a sledgehammer, or taking them back to his shop at home where he keeps his 20-ton press. “I can destroy pretty much—well, a lot of things will yield with 20 tons on them,” he says.

Skarpaas says taking things apart and looking at how they break—looking at failures—is important. It shows him the weak points, and then he can make sure those weak points don’t exist in his designs.

An especially interesting mechanism might earn a place in his filing cabinets among a collection of other components that prove useful when he discusses design problems with his colleagues.

“I’ll just pull one out and say, ‘You mean like this?’ And frequently one of those things can end up being a solution,” Skarpaas says.

“Knut can see solutions that no one else would see,” says Dolinski.

She worked with Skarpaas on the construction of a neutrino experiment, the Enriched Xenon Observatory. EXO-200, a 200-kilogram container of liquid xenon, looks for an elusive type of radioactive decay that could help physicists discover fundamental truths about the neutrino, including the nature and origin of its mass.

Engineering for high-energy physics requires a healthy dose of imagination because it often requires working within extreme constraints, Dolinski says. The EXO-200 team, for instance, could not use anything that could be contaminated even slightly with radioactive material, such as most normal materials like steel and ceramics. When measuring to parts-per-quadrillion, almost all things are radioimpure.

So the team made the difficult choice to construct 1000 electrical connections with no solder, no gold plating and no wire bonds. In fact, no wire. Nothing could be bought from a commercial catalog. Every screw, connection, spring and contact was made in-house from a block of raw material. And the connections couldn’t fail. Ever. “Because once you seal this thing up, it’s inaccessible for, you know, a decade,” Skarpaas says.

Skarpaas recalls a refrain he used to hear from his department head: “Presume you have to make this out of gossamer.”

“And he means, basically, make this out of nothing,” Skarpaas says. Use the fewest materials and the lightest structure—effectively weightless—to have a minimum effect on the physics.

Year after year, Dolinski says, Skarpaas has always found elegant ways to do this. For the LZ dark matter detector, that means using four 1.47-meter-diameter high-voltage grids of hair-thin wires—carefully woven on a Skarpaas-designed loom, informed by the women of the Handweavers’ club.