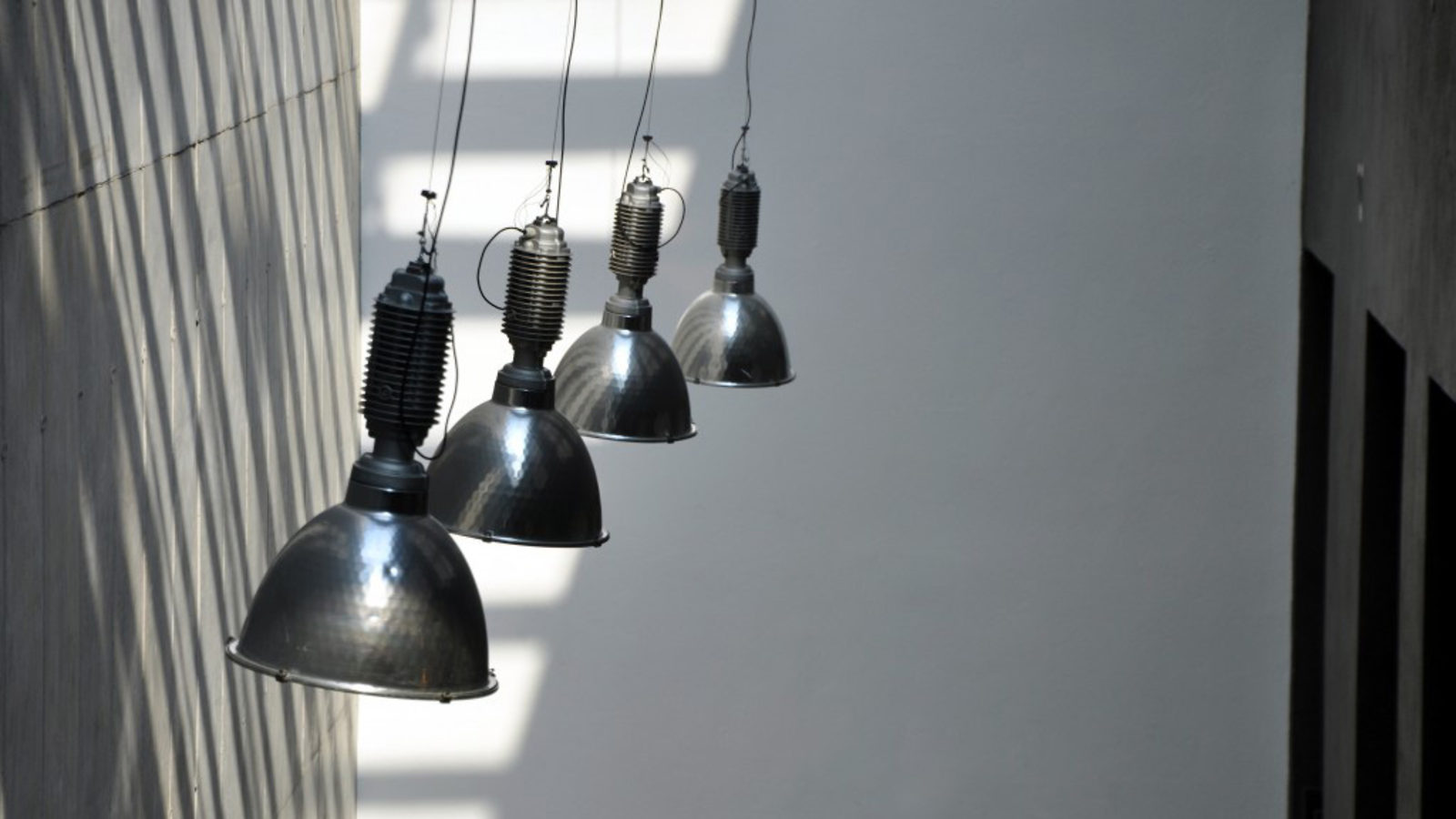 When artist Julius von Bismarck was a child, he thought CERN was a mysterious lair built deep into a mountain.

After his two-month stint at CERN as the first Collide@CERN artist in residence, he has a more realistic image of the laboratory. He also knows a lot more about where he can go with his work, which is deeply connected to the universe around him.

“My way of seeing the world changed,” von Bismarck said. “My way of doing art now of course changes also.”

Von Bismarck spoke at the CERN Globe Tuesday night to mark the end of his residency. He shared some wisdom learned at the intersection between art and science and reflected on the projects and ideas that came out of his visit. Those in attendance were given a look at one of his newest works: four industrial lamps swinging in circles (pictured above). A video von Bismarck played showed the piece from the side with the lamps suspended in a line moving away from the observer. The lamps swing in a seemingly random pattern most of the time, but, every six and a half minutes, they align and follow one another in snake-like undulations.

There is precise math behind the piece, but von Bismarck wanted to use it to create chaos alongside order. Just before revealing the lamps, von Bismarck showed the audience a simulation of a four-dimensional cube twisting through itself. The crowd tittered at the mind-bending effect. Von Bismarck said he fashioned the lamps to foster the same feeling of stress as the viewer’s brain struggles to shift between three and four dimensions.

He said the act of making and then breaking order is deeply connected to science, including at CERN where the theories of physics are established, disproved and then established again.

“They are creating reality. That’s what I’m trying to do with my art,” von Bismarck said. 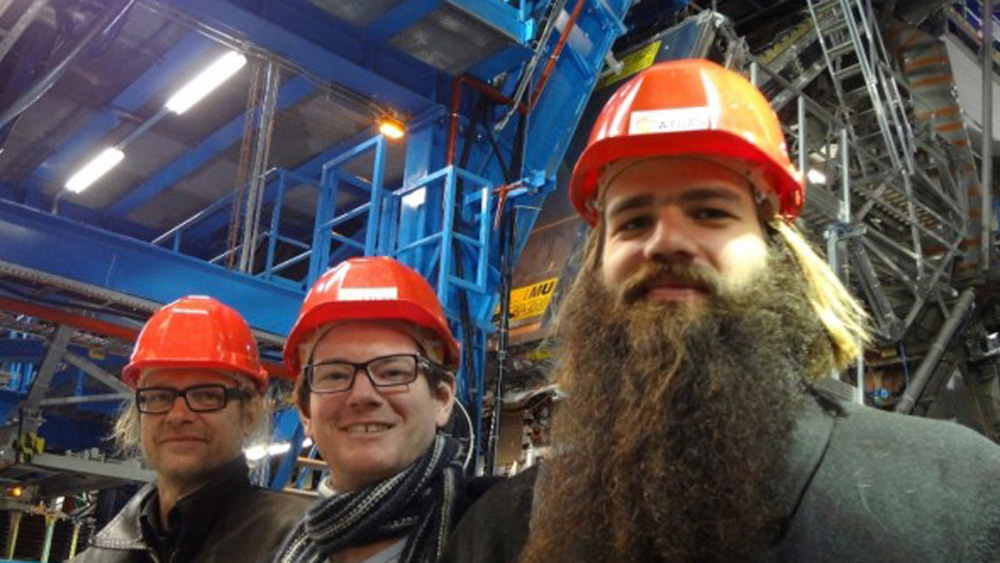 Von Bismarck (pictured above, on the right) has yet to reveal his final piece from the residency. When CERN Director General Rolf Heuer asked von Bismarck about it at the Globe, he was met with a secretive smile and told it will be announced shortly. It won’t be his last CERN-inspired piece though, as he has a whole notebook full of ideas generated by the people and places he encountered.

“It’s a major step... in colliding the concepts of art and science,” said Horst Hoertner (also pictured above, on the left), director of the Ars Electronica Futurelab, which partnered with CERN in the artist-in-residence program.

The application period for next year’s Collide@CERN residency closed today. Like von Bismarck, the chosen artist will spend two months at CERN and one month at Ars Electronica.

“Art is great because it’s about disturbance,” said Ariane Koek, CERN cultural specialist and the creator of Collide@CERN. “Out of disturbance comes shake-up of the status quo. It’s a way of opening up the ways of thinking here.”