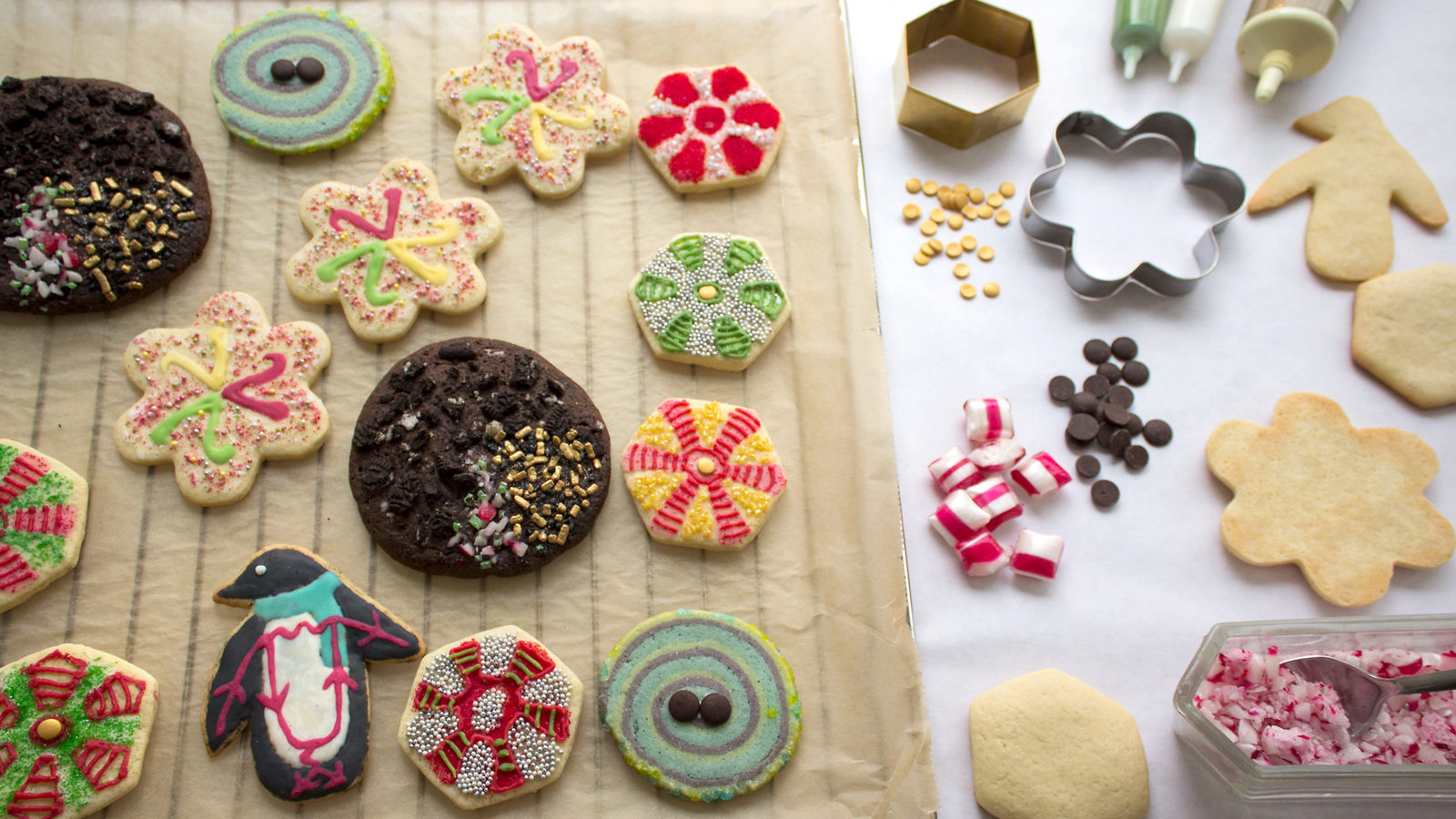 Want your holiday cookies to stand out this year among the usual snowflakes and Santa Clauses? Show your smarts with these scientific cookie decorations. 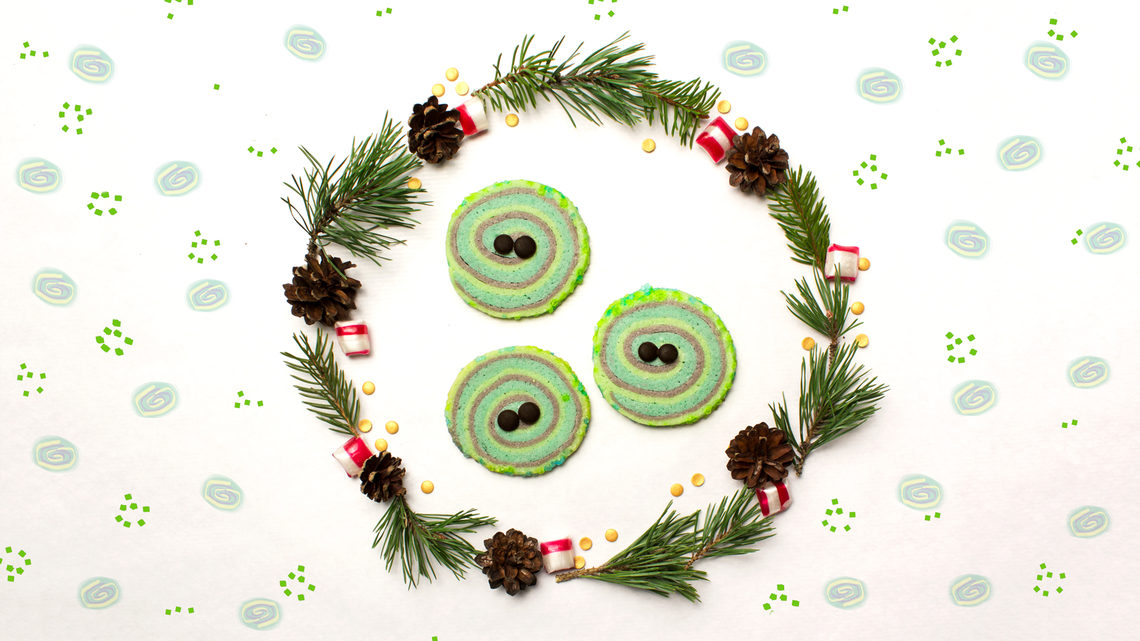 This winter, why not celebrate the recent discovery of gravitational waves? Albert Einstein first predicted them 100 years ago in his general theory of relativity. Now you can depict them in dessert form.

Two dark brown M&Ms in the center of this physics cookie represent massive black holes that merged billions of years ago in a collision whose impact was, according to Caltech physicist Kip Thorne, “50 times greater than all the power put out by all the stars in the universe put together.”

The swirl design of the pinwheel sugar cookie represents the resulting ripples in space-time, which eventually made their way to the twin detectors of the Laser Interferometer Gravitational-Wave Observatory. Sprinkles around the edge are just for show. 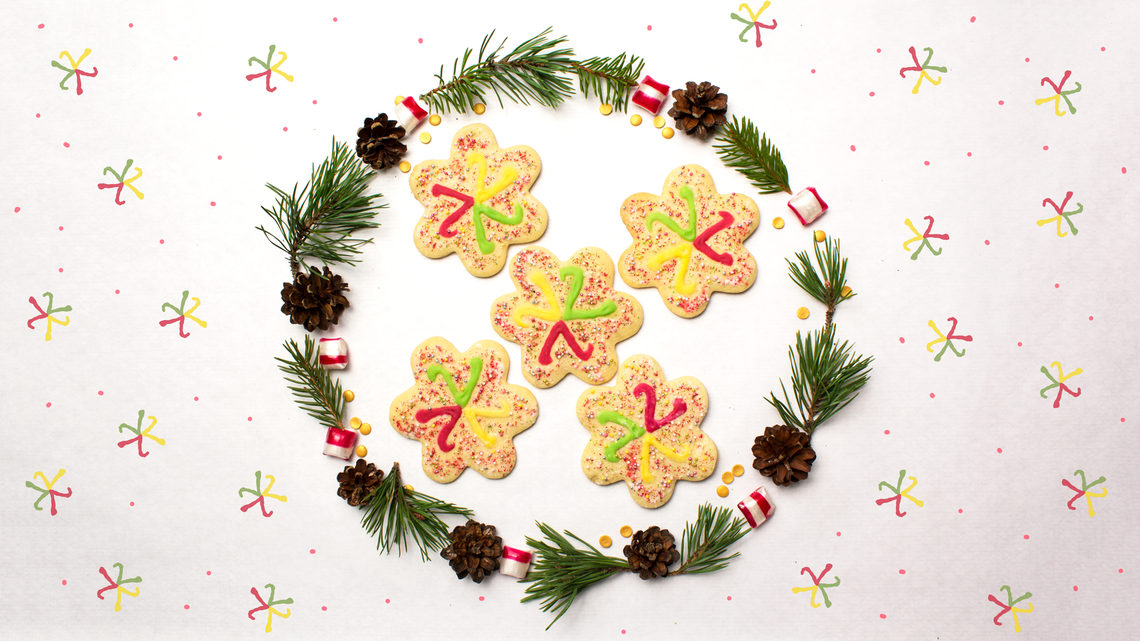 Neutrinos come in three types, appropriately called “flavors.” The symbol for neutrinos is the Greek letter “nu,” which resembles a lowercase “v.” Three nu’s, each drawn in a different flavor of icing, will fit perfectly on a snowflake- or flower-shaped cookie.

If you spin your cookie, you can observe a fascinating behavior of neutrinos: oscillation. Neutrinos change from one flavor into the other as they travel, a fact that might have influenced the evolution of our universe.

Just like snowflakes, neutrinos are elusive; even if you catch them you can’t enjoy them for long. But they are also one of the most abundant particles in the universe, so don’t skimp on the sprinkles. 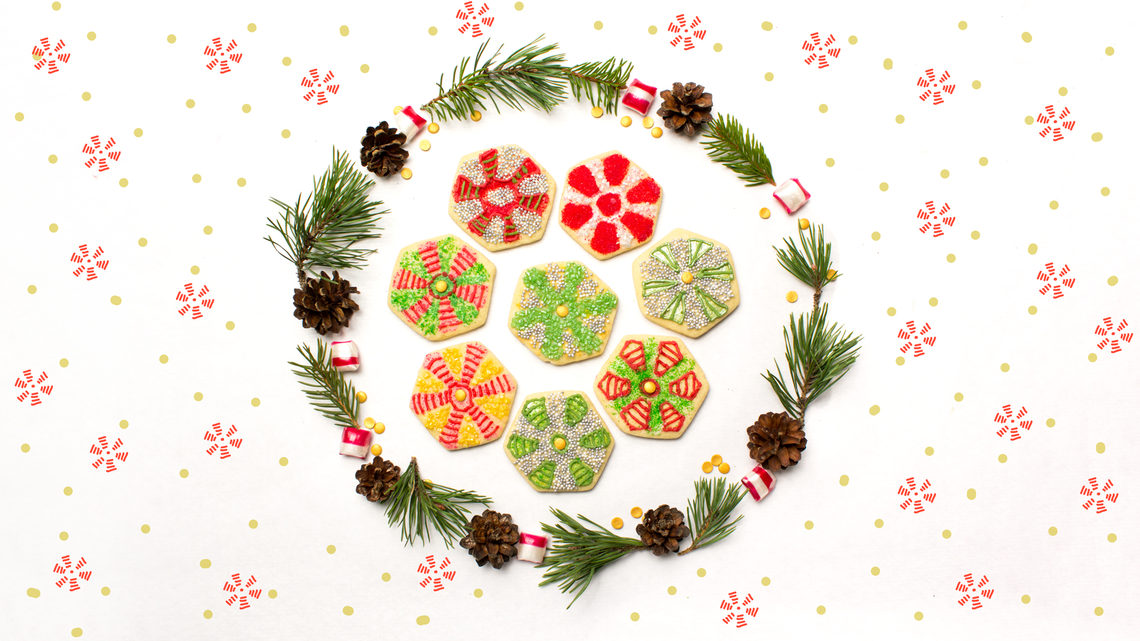 To learn more about the building blocks of our universe, scientists build particle accelerators such as the Large Hadron Collider and cause particles to collide at velocities close to the speed of light. Huge detectors are built around collision points to spot new particles, such as the Higgs boson, that are created out of the impact’s energy.

What could be sweeter than a sugar cookie that depicts the beautiful layering of the cross-section of one of these gigantic detectors? 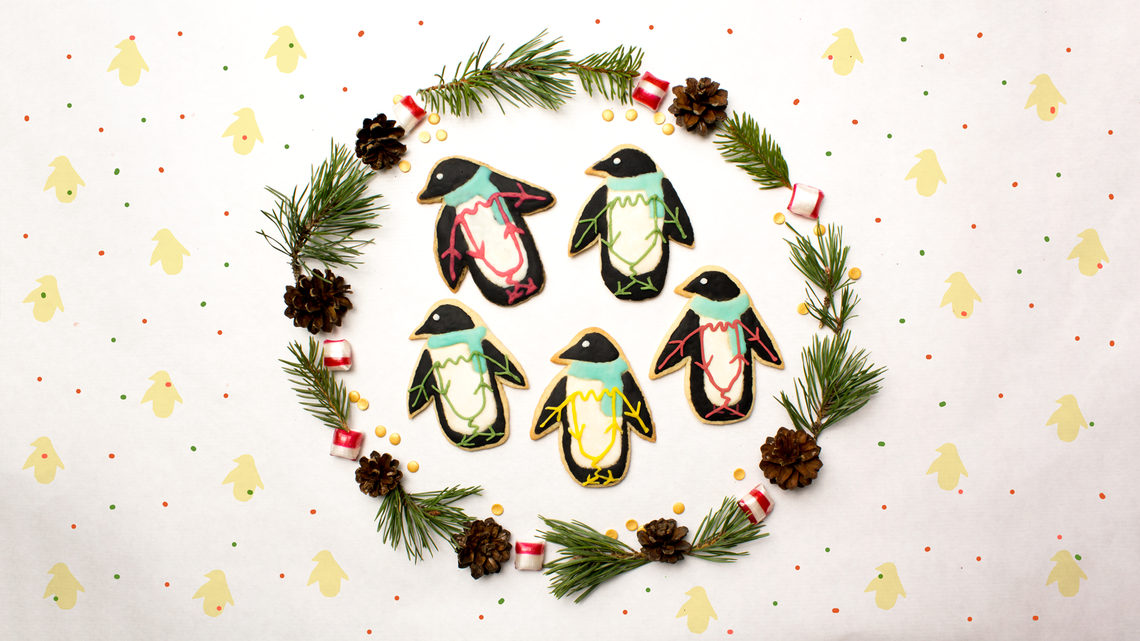 In 1977 John Ellis, a theoretical physicist, lost a bet in a pub to Melissa Franklin, same profession, and was compelled to use the word “penguin” in his next scientific publication.

He decided a drawing called a Feynman diagram—a way to sketch a particle decay process—somewhat resembled the flightless Antarctic bird. He dubbed the diagram for a decay of the bottom quark a “penguin diagram.” It caught on, and now the term is well known in the particle physics community.

If you happen to have a penguin cookie cutter, you’re in luck. Decorate it as you’d like (add a scarf if you want) and add the lines of the Feynman diagram in icing on top. See? It fits! 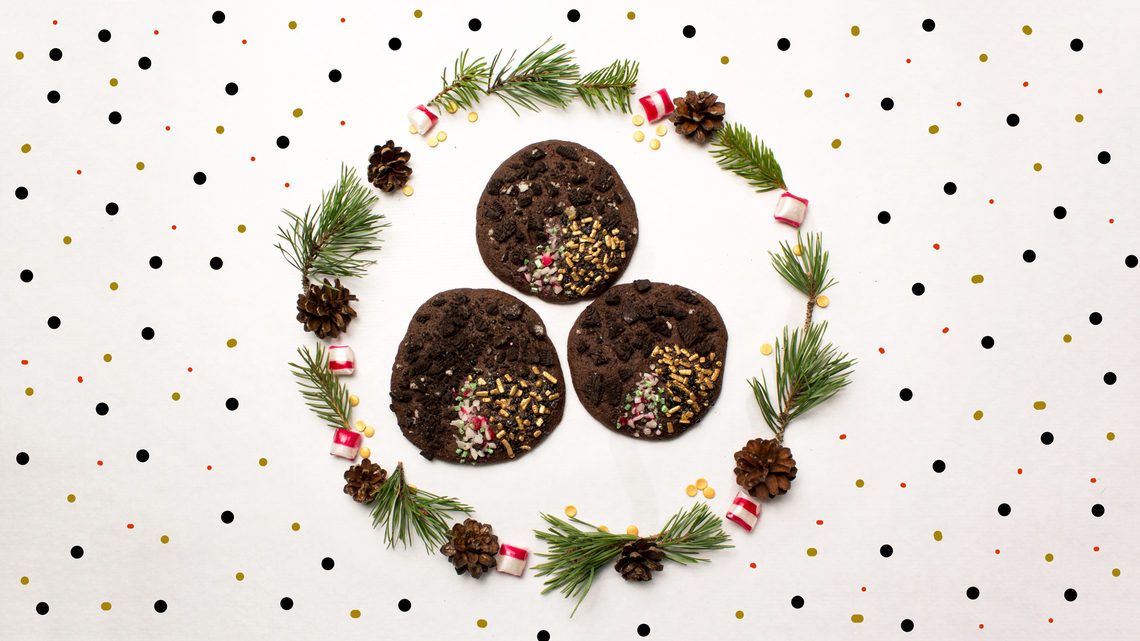 Now you can make a cookie that is not only delicious, but also shows how much we don’t know about the contents of our universe.

To make a universe cookie, cover 73 percent of it with Oreo chunks representing dark energy. Dark energy is responsible for the accelerating expansion of our universe, but there's a lot we don't know about it.

Cover another 23 percent of your cookie with glitter representing dark matter. Scientists have seen the gravitational effect of dark matter on galaxies and stars, but they’ve never seen it directly.

Cover the last 4 percent of your cookie with a tiny stripe of crushed peppermint representing the known matter in the universe. This includes all of the planets and stars that we can see.

These eye-catching physics cookies aren’t just delicious, they’re also great conversation-starters. So grab your mug of hot cocoa and be ready to talk about sprinkles, the universe and everything.