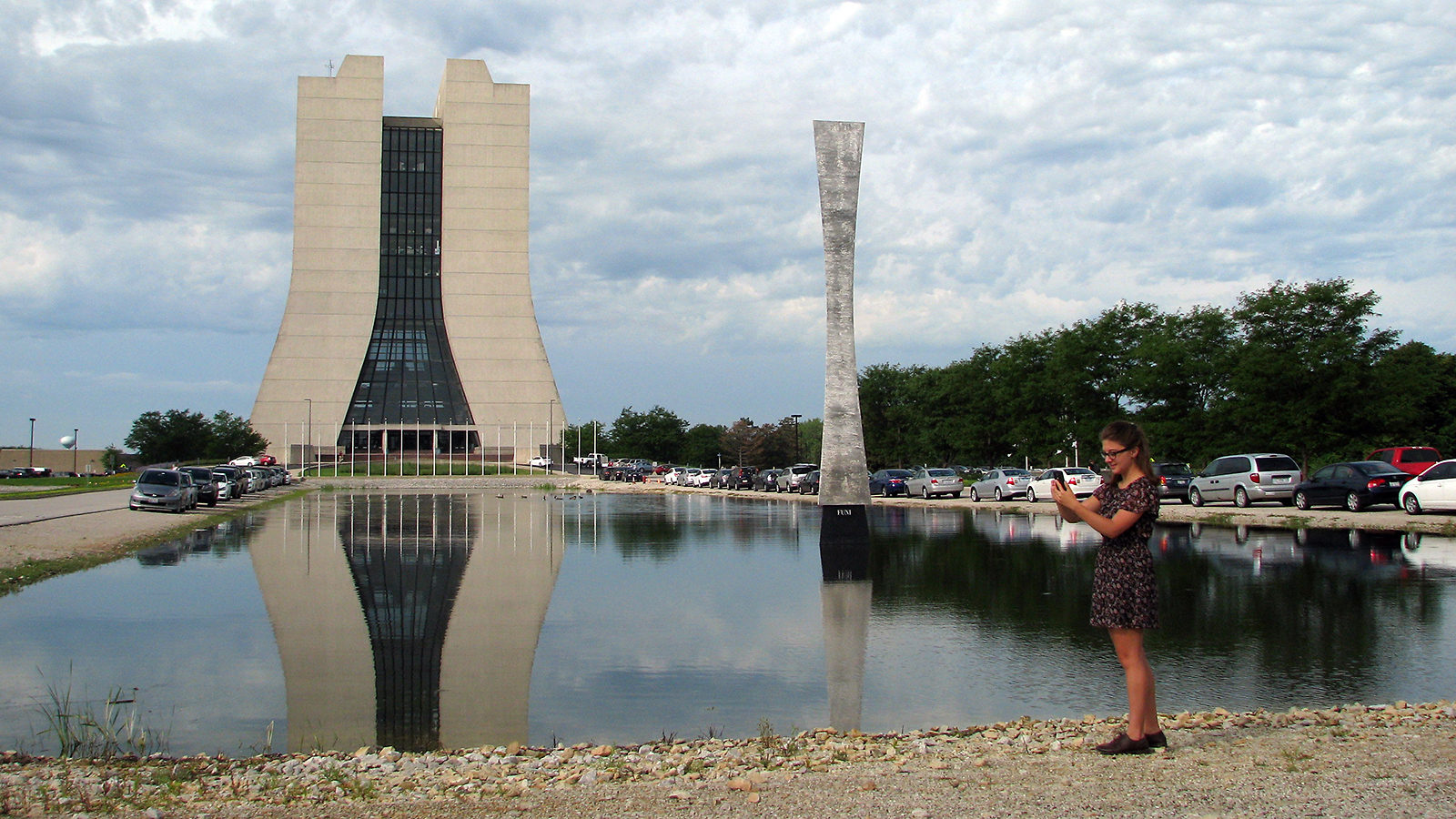 At Fermilab and CERN, students, lab employees and visitors alike are on the hunt for virtual creatures.

At Fermi National Accelerator Laboratory near Chicago, the normal motions of people going about their days have shifted.

People who parked their cars in the same spot for years have moved. People are rerouting their paths through the buildings of the laboratory campus and striking off to explore new locations. They can be seen on lunch breaks hovering around lab landmarks, alone or in small clumps, flicking their fingers across their smartphones.

The augmented reality phenomenon of Pokémon Go has made its way into the world of high-energy particle physics. Based on the Nintendo franchise that launched in the ’90s, Pokémon Go sends players exploring their surrounding areas in the real world, trying to catch as many of the virtual creatures as possible.

Not only is the game affecting the movements of lab regulars, it’s also brought new people to the site, says Beau Harrison, an accelerator operator and a member of the game’s blue team. “People were coming on their bicycles to get their Pokémon here.”

At Fermilab, the three teams of the Pokémon universe—red, yellow and blue—compete for command of Fermilab’s several virtual gyms, places people battle their Pokémon to boost their strength or simply display team dominance.

“It’s kind of fun playing with everyone here,” says Bobby Santucci, another operator at the lab, who is on team red. “It’s not so much about the game. It’s more like messing with each other.”

The game was not released in many European countries until the past weekend. But Elizabeth Kennedy, a graduate student from UC Riverside who is working at CERN, says that even before that you could identify Pokémon Go players among the people at the laboratory on the border of Switzerland and France, based on the routes they walked.

“The Americans are all playing,” she says. “It’s easy to tell who else is playing when you see other people congregating around places.”

The majority of the players at Fermilab seem to be college students and younger employees, but players of all ages can be spotted roaming the labs.

Bonnie King, a system administrator at the lab and a member of team blue, says that on one of her Pokémon-steered nature walks at Fermilab, she encountered a group of preteens. She had never been on that particular trail, and she wondered whether this was a first for the visitors, too. They noticed her playing and asked her if she was taking the gym there.

“Yeah, I am,” she replied, rising to the challenge.

King dropped off her top contender, a drooling, fungal-looking blue monster called Gloom, to help team blue keep its position of power. But eventually the red team toppled blue to reclaim the gym.

The battle for Fermilab rages on.