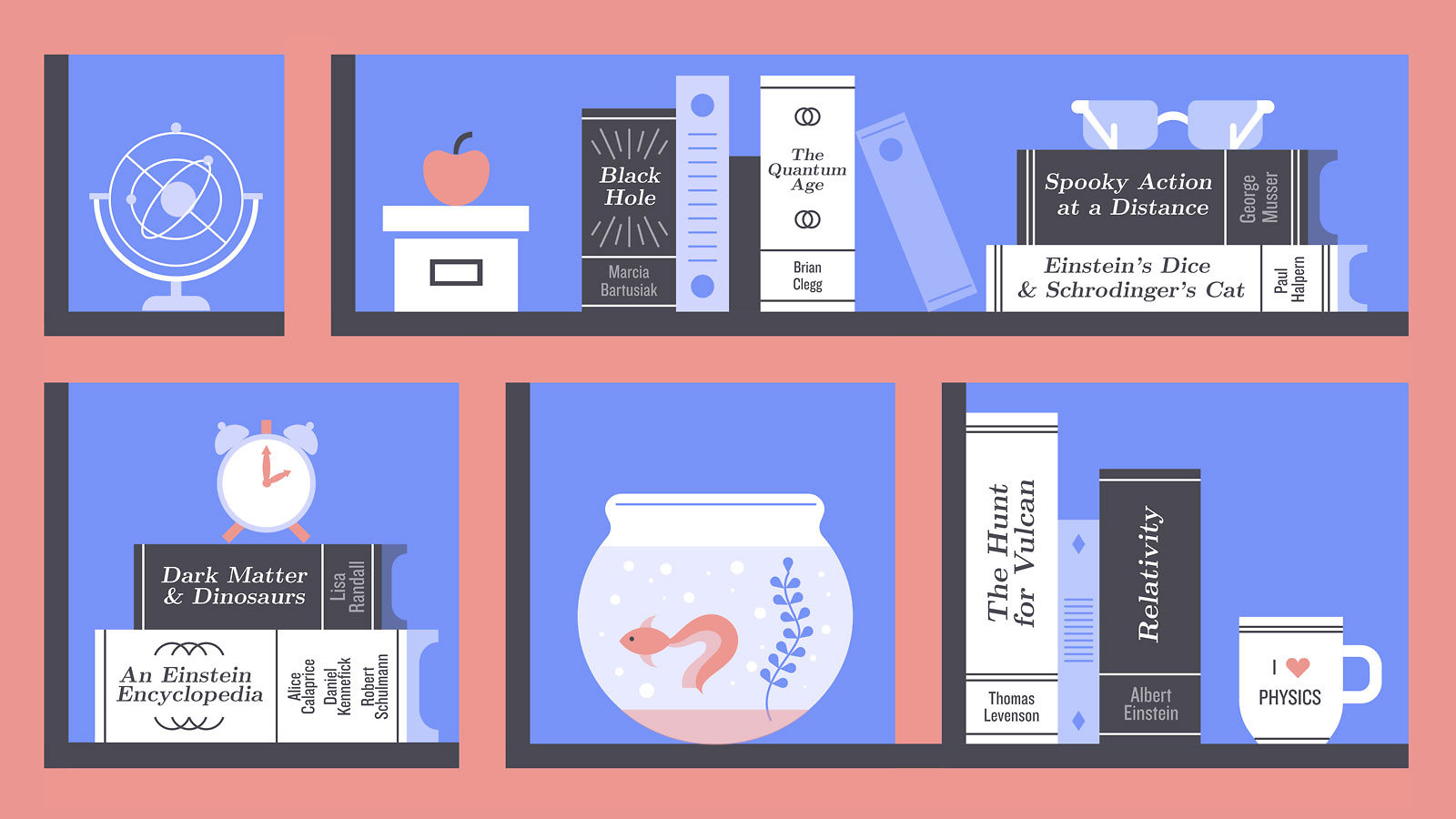 A tour of 10 of this year’s popular science books delivers dark matter, black holes and a hefty dose of Einstein.

This collection of 10 recently published books will keep you up-to-date on the new and the historical in particle physics and astrophysics. Covering topics from dark matter to spooky action at a distance to the still-lamented Superconducting Super Collider, they’re all worthy additions to a popular science bookshelf. 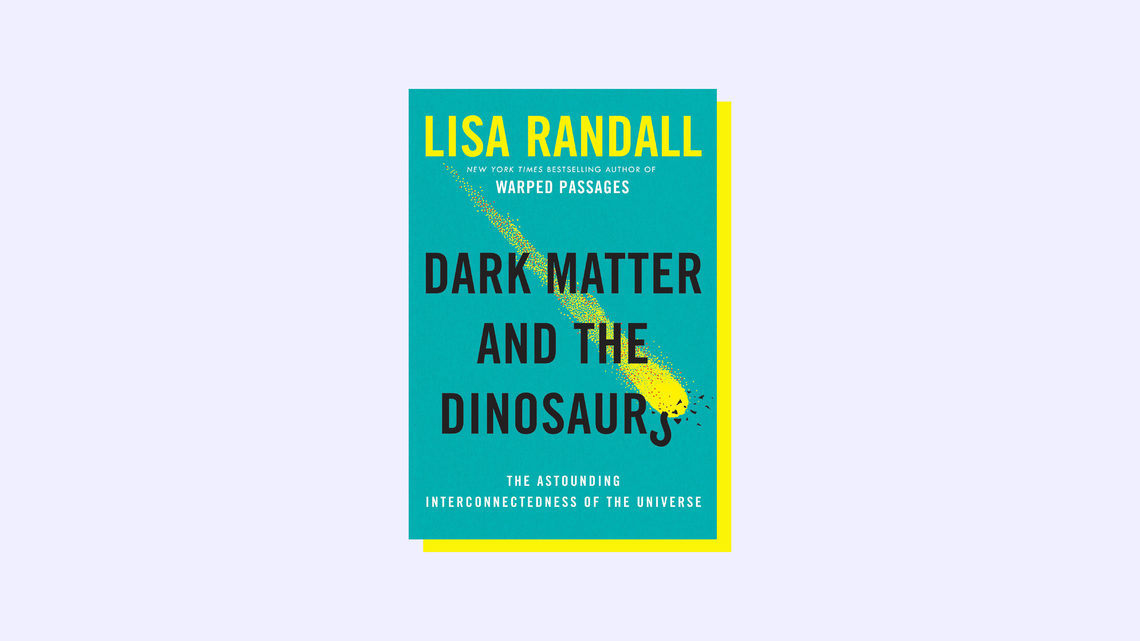 1. Dark Matter and Dinosaurs: The Astounding Interconnectedness of the Universe

Did dark matter—the invisible stuff that scientists think makes up some 27 percent of the universe—contribute to the mass extinction of the dinosaurs? Harvard theorist and best-selling author Lisa Randall asserts that it might have.

Randall theorizes that the cause of a catastrophic collision that killed off the dinosaurs and two-thirds of all living species 66 million years ago was a comet knocked from its orbit toward the Earth when the solar system passed through a disk of dark matter.

In explaining dark matter’s possible connection to the extinction event, Randall expounds on its possible properties and the challenges of studying it, asking the reader to “imagine the further challenges in understanding something that you literally cannot see.” 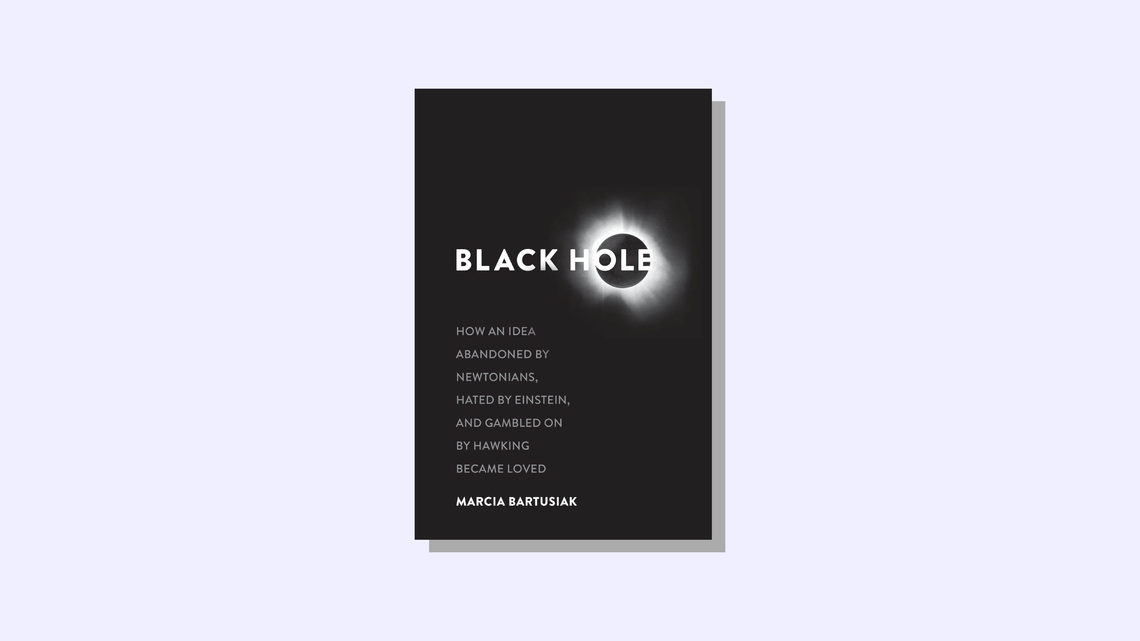 2. Black Hole: How an Idea Abandoned by Newtonians, Hated by Einstein and Gambled on by Hawking Became Loved

Science writing professor Marcia Bartusiak of the Massachusetts Institute of Technology recounts heated disputes that have occurred over the existence of black holes.

She traces the idea of black holes back to a startling source—late-1700s-era English scientist John Michell. Michell envisioned that the gravitational pull of a star could be so strong that the escape velocity would exceed the speed of light and pull light particles back completely, leaving the star invisible forever.

Hundreds of years later, Einstein’s theory of general relativity provided a mathematical prediction of the existence of black holes, but even he thought they would never actually occur.

Today black holes are considered an integral element in the makeup of galaxies throughout the cosmos. As Bartusiak writes, “Nearly every fully developed galaxy appears to have a supermassive black hole at its center; it may be that the very existence of a galaxy depends on it.” 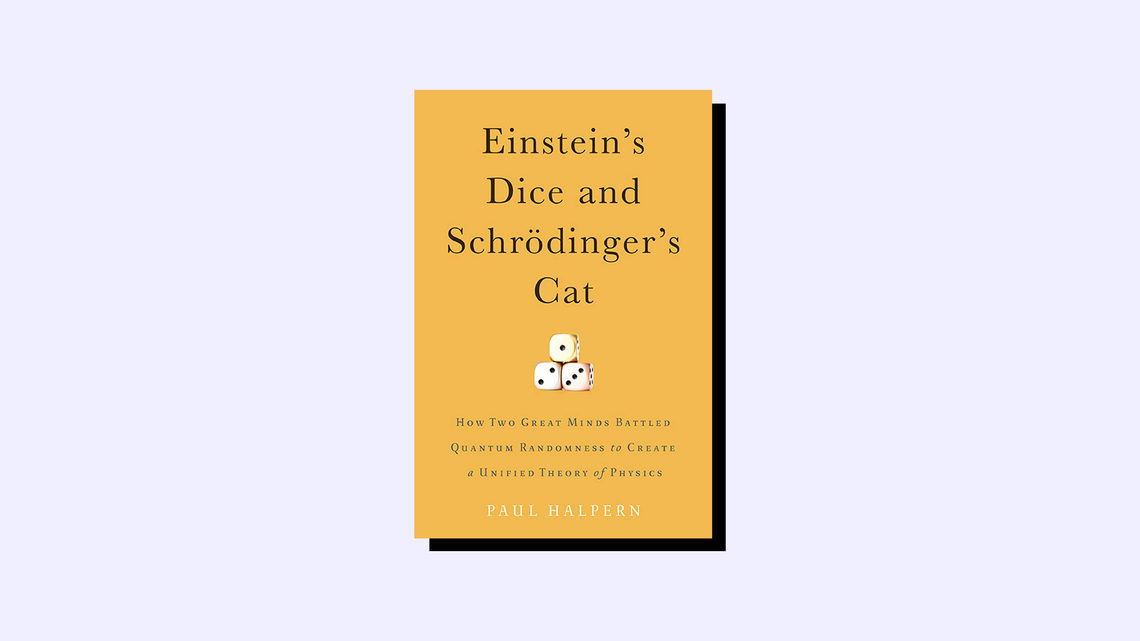 Attempting to dismiss the probabilistic nature of quantum theory, Albert Einstein famously said that God does not play dice with the universe. Protesting that the weirdness enabled by quantum theory was way out of bounds, Erwin Schrodinger came up with his story of the cat that was neither alive nor dead.

Together and then separately, Einstein and Schrodinger tried to come up with a Theory of Everything, a framework that would restore orderliness to the universe. They weren’t able to do it, and it bugged Einstein for the rest of his life. 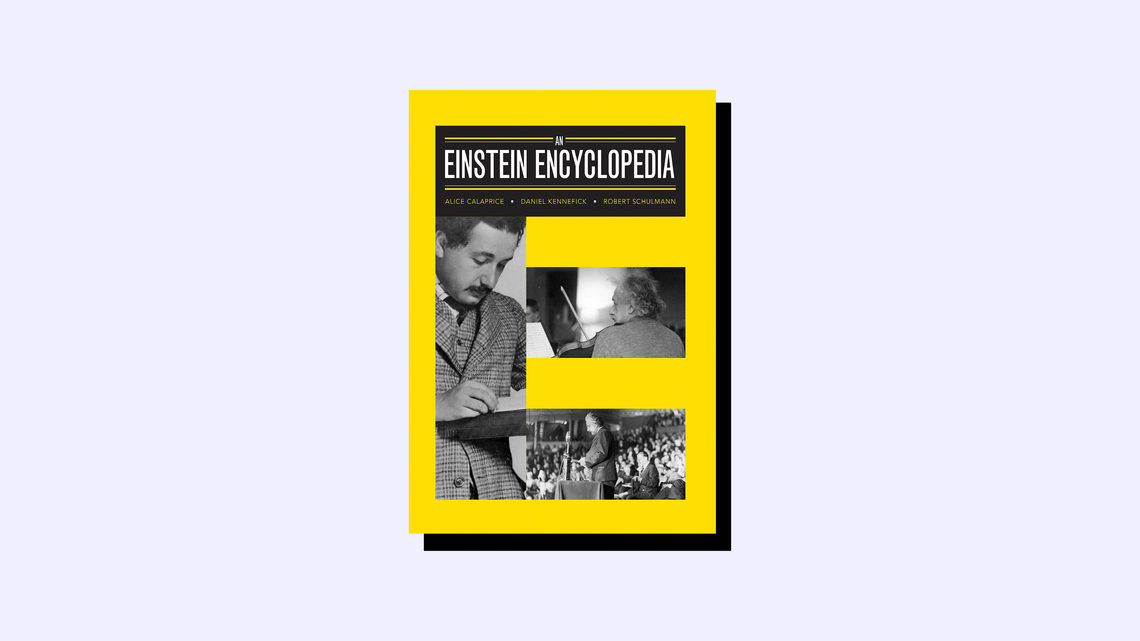 Three Einstein scholars cover in exquisite detail the scientific, public and private lives of Einstein. This encyclopedia is based on information from Einstein’s archives and the Einstein Papers Project, sponsored by the Princeton University Press and the Hebrew University of Jerusalem.

The accessibility and detail make An Einstein Encyclopedia an important entry in any Einstein collection. 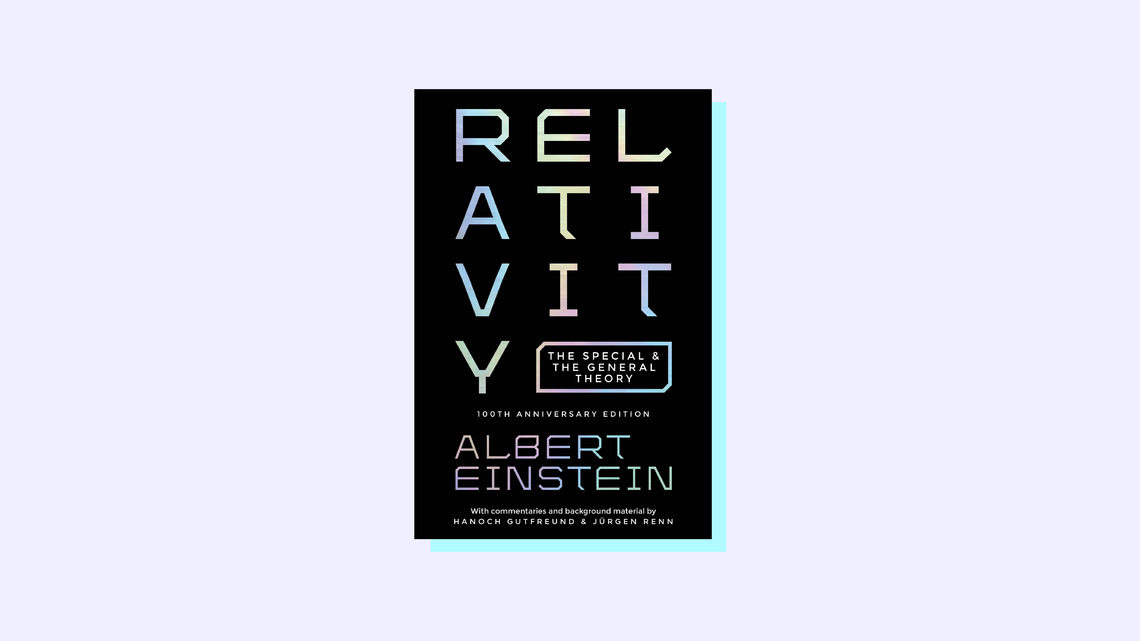 Knowing that the science of his relativity papers would be inaccessible to most, Einstein decided to provide a translation for the general public. He enlisted the best interpreter of science that he could find—himself. He described his goal: “to give an exact insight into the theory of relativity to those readers who, from a general scientific and philosophical point of view, are interested in the theory, but who are not conversant with the mathematical apparatus of theoretical physics.”

Hanoch Gutfreund, professor emeritus of theoretical physics at the Hebrew University of Jerusalem, and Jurgen Renn, director of the Max Planck Institute for the History of Science in Berlin, augment the 100th anniversary edition of this book with a reading companion to make Einstein’s thinking clearer to present-day readers. 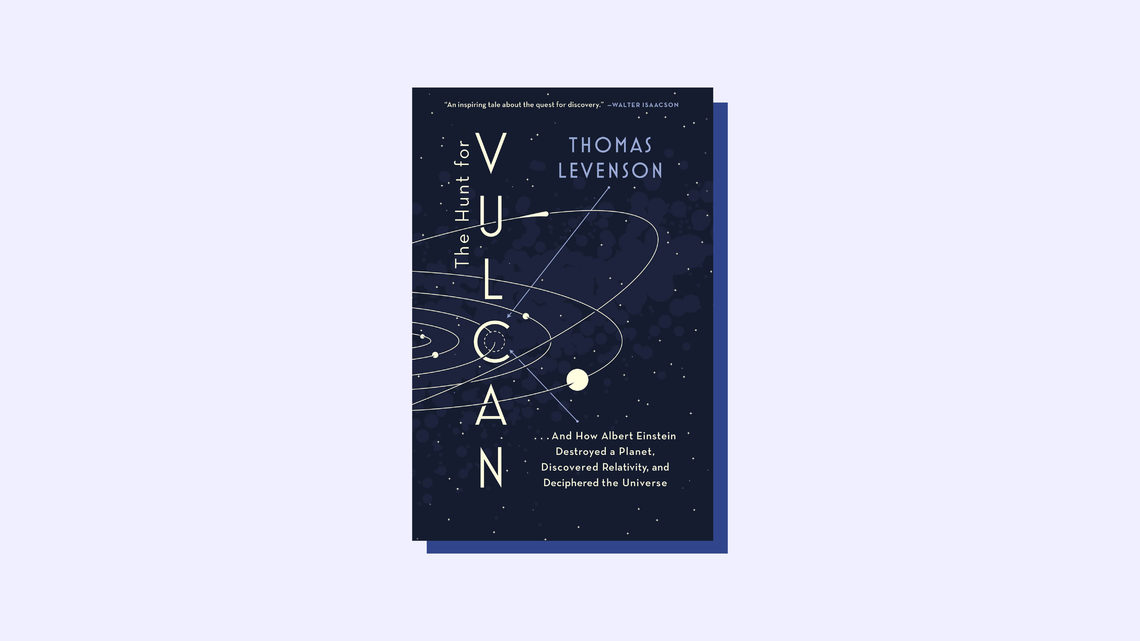 6. The Hunt for Vulcan: How Albert Einstein Destroyed a Planet, Discovered Relativity, and Deciphered the Universe

In the 19th century, the odd, constantly shifting orbit of Mercury spawned countless theories that it was under the gravitational influence of another, undiscovered planet. This planet came to be called Vulcan. Its existence seemed to be predicted by Newton’s laws of gravitation and Kepler’s laws of planetary motion. But for more than 50 years, nobody could find it.

As Thomas Levenson, head of the graduate science-writing program at MIT, explains, the search was thwarted by one thing: Vulcan didn’t exist. The mystery of Vulcan persisted until Einstein explained the motions of Mercury with his general theory of relativity. 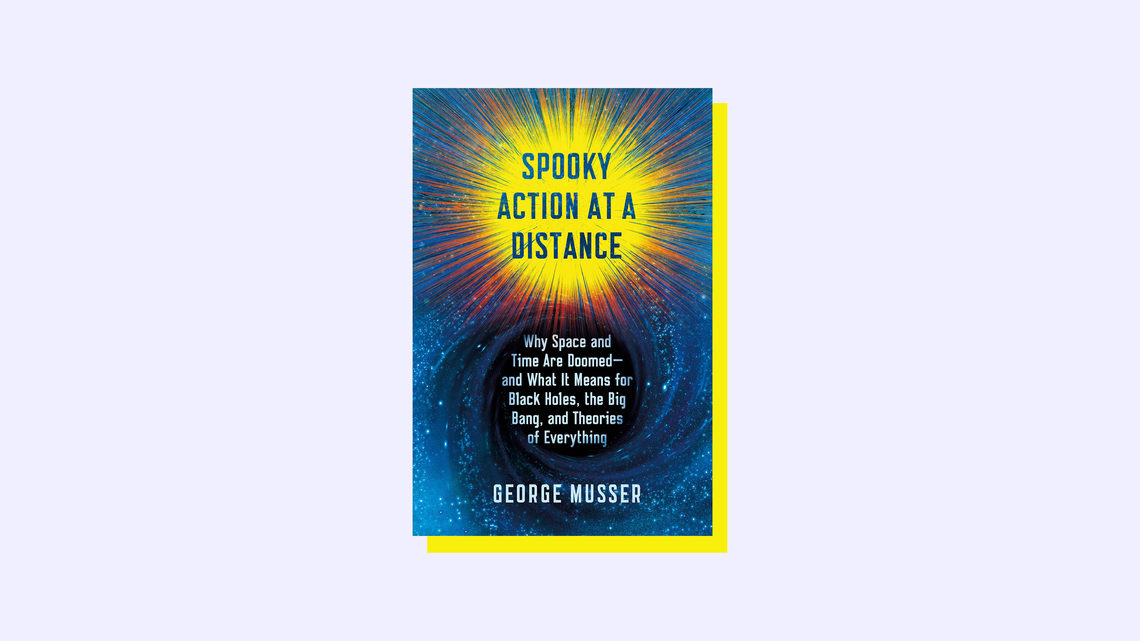 7. Spooky Action at a Distance: The Phenomenon That Reimagines Space and Time—and What It Means for Black Holes, the Big Bang, and Theories of Everything

Einstein derisively called it “spooky action at a distance”: the theory that two entangled particles can affect each other instantly, even when separated by long distances.

Entanglement experiments have been going on since the 1970s. In the last few years, reports of varying reliability have claimed the observation of entanglement ranging from just under a mile to as far as 89 miles.

George Musser, also author of The Complete Idiot’s Guide to String Theory, explains how these experiments and more have developed our understanding of space, time and the universe. 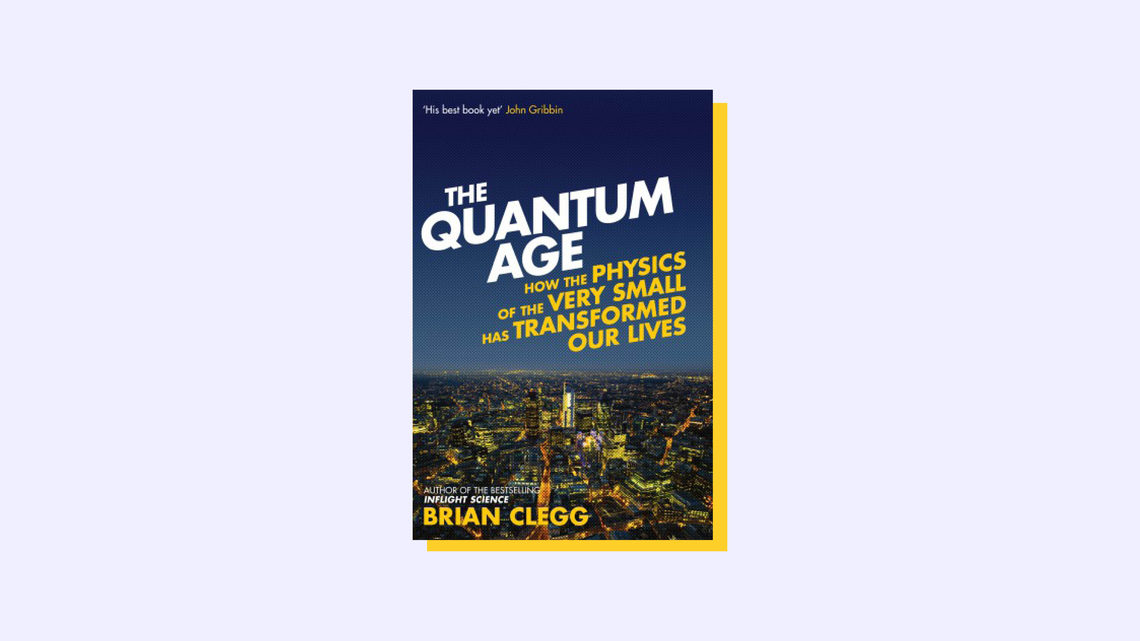 8. The Quantum Age: How the Physics of the Very Small has Transformed Our Lives

Popular science writer Brian Clegg declares that “around 35 percent of GDP in advanced countries comes from technology that makes use of quantum physics in an active fashion, not just in the atoms that make it up.” Quantum physics may be difficult to understand, but it is all around us, in transistors, personal computers and Blu-ray players.

And it’s doing some amazing things. The National Institute of Standards and Technology has built a quantum-logic clock estimated to lose or gain a second every 3.7 billion years. Researchers are hard at work on quantum computers that will eventually be able to carry out many calculations at the same time. 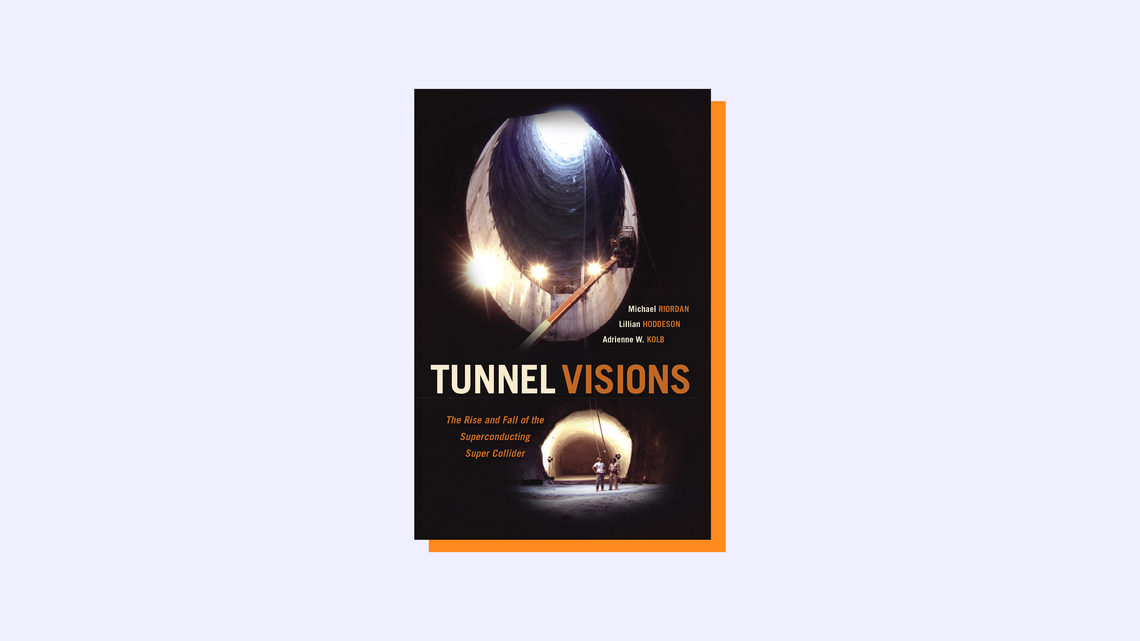 9. Tunnel Visions: The Rise and Fall of the Superconducting Super Collider

From dream to nightmare to bitter memory: The Superconducting Super Collider refuses to vacate the consciousness of American particle physicists after more than 25 years. The SSC was designed to run at 20 times the energy of any particle accelerator ever built. But a decade after its construction began in Texas in 1983, the project was canceled. 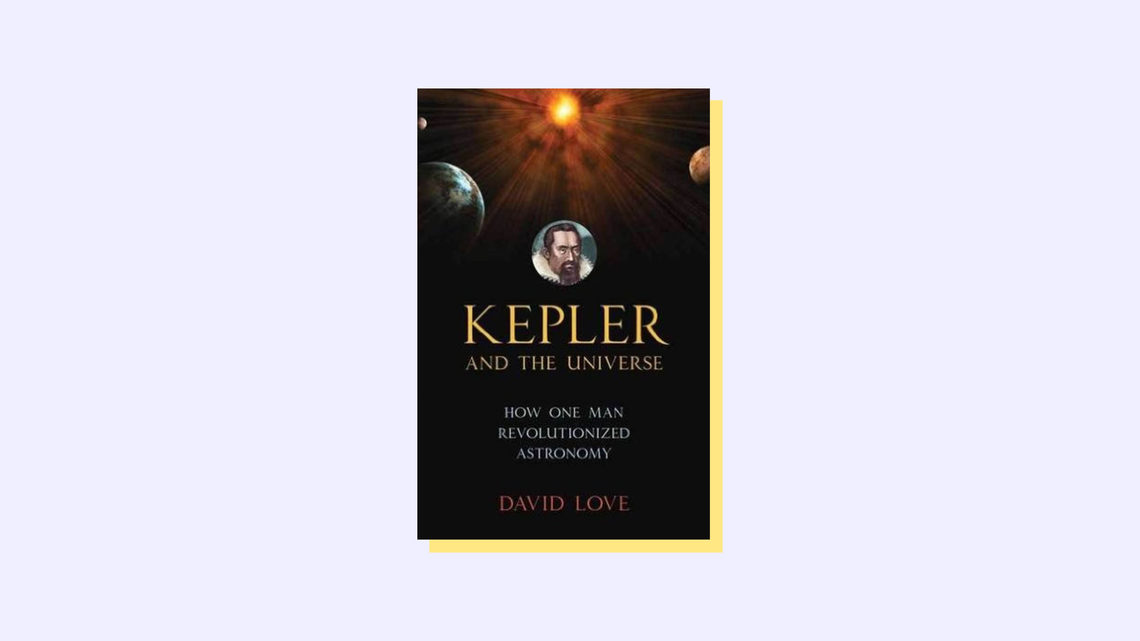 10. Kepler and the Universe: How One Man Revolutionized Astronomy

Johannes Kepler’s life was defined by tragedy. His first wife died young. Over his lifetime, eight of his 12 children died of illnesses at young ages. His mother narrowly escaped being executed as a witch. Yet through it all, he managed to build the foundation for modern astronomy.

Kepler confirmed the Copernican construct of a sun-centered solar system. He was the first to define the sun as the emitter of a force that kept the planets in their orbits. He proved that those orbits were not circular, but elliptical. And his three laws of planetary motion, based on the geometry of the ellipse with the sun at one of its foci, remain the standard of space science today.

In this book, author David K. Love, a member of the Royal Astronomical Society, places Kepler on the same level as greats such as Copernicus, Galileo, Brahe and Newton, “as one of the key founders of the scientific revolution.”