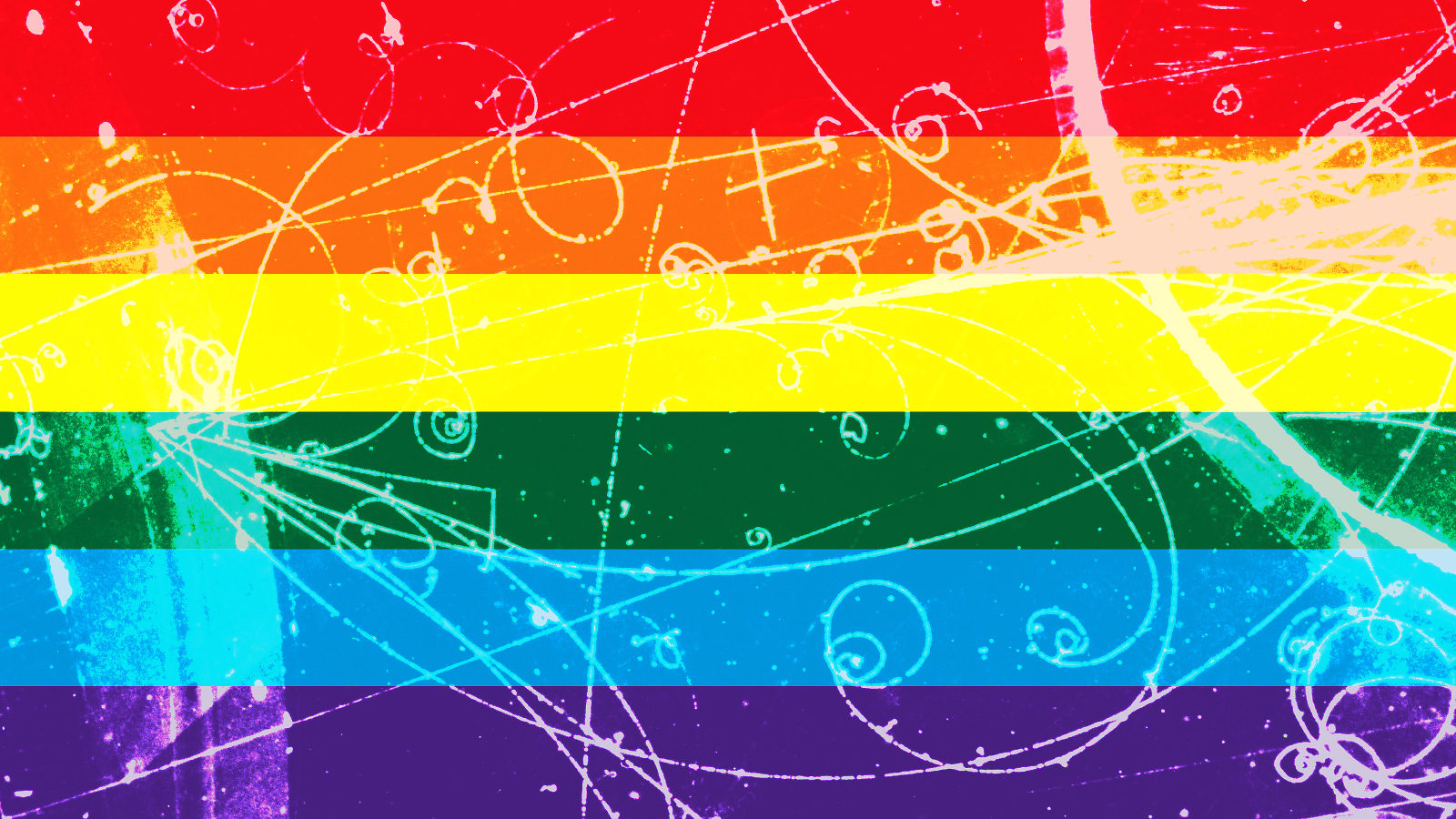 “These types of opportunities are central to a person’s development as a scientist,” says Diana Parno, an assistant professor of physics at Carnegie Mellon University. “But it can be especially stressful and fraught when you aren’t certain if your identity is welcomed in a place.”

For years, Parno has witnessed people struggling for guidance on dealing with these types of situations through an LGBT+ physicists email listserv. A transgender graduate student is accepted to a summer school and wonders what to do about a rooming situation: Are they expected to put down their birth gender? If they put down their actual lived gender, will there be a problem if it is not listed on their driver’s license? Will their identity cause a problem with roommates?

“If there is an issue, and they bring it up with the organizers, maybe they’ll be very supportive, or maybe it will start a very poisonous gossip mill,” Parno says.

To make their fellow physicists aware of these situations and give them the tools they need to prevent or manage them, a group of LGBT+ physicists came together in 2014 to create a guidebook for the field. An updated version was published in April. Parno worked on both iterations.

The document includes best practices for physics institutions, as well as individuals, interested in creating an inclusive environment for their LGBT+ co-workers and students.

Monica Plisch, the director of education and diversity at the American Physical Society, says she is unaware of any other resource like this guide at the intersection of physics and the LGBT+ community.

One of the obstacles to LGBT+ inclusivity that Plisch sees in physics is a mindset that physics research exists in a realm of objectivity, separate from other human concerns. It doesn’t.

“Physics is fundamentally a human endeavor,” Plisch says. “Individuals need to be well supported, or the physics won’t be as strong. We need to talk about inclusivity, or we risk losing some of the best minds.”

The beginnings of the guide go back to 2010, when Elena Long, a graduate student in physics, noticed there were no LGBT+ resources available within the discipline. She began organizing informal gatherings of LGBT+ physicists at APS meetings in search of community and support.

This grew into an LGBT+ physicists website, launched in 2012. That same year, APS invited speakers and participants to share their experiences as LGBT+ physicists at a session during their March meeting. More than 100 people attended. (A summary of the session, “Gender and Sexual Diversity Issues in Physics: The Audience Speaks,” is available on arXiv.)

The high level of participation underscored the critical need for these types of discussions in physics, says Tanmoy Laskar, a Jansky postdoctoral fellow of the National Radio Astronomy Observatory at the University of California, Berkeley and co-editor of the guide. “Human beings are messy, nonlinear entities with experiences accumulated over a lifetime,” he says. When complex people get together to do complex science, which has its own demands, “then sometimes things clash.”

Parno notes that one of the main takeaways from the APS session was that people were hungry for support and inclusion within their academic departments. This informed the initial planning for the guide. “We decided that the text would target people at the department level, specifically department chairs, who would like to make sure that people are included but aren’t quite sure what the issues are or what they should do.”

Meanwhile, APS organized a task force to gain a better understanding of barriers to LGBT+ inclusion in the broader physics community. The group authored the 2016 “LGBT Climate in Physics Report” based on a survey of more than 300 individuals.

When the APS posted its report to Facebook, the majority of the comments they received expressed support, Plisch says. The negative comments sprinkled among them had two general messages: “Why should certain people get special attention?” and “Physics should only be about physics.”

But building a career in physics is about more than just understanding physics, as the report documented, Plisch says. According to the report, feelings of exclusion led one in three LGBT+ physicists surveyed to consider leaving a position.

APS has continued to host roundtable discussions at professional meetings moderated by LGBT+ physicists to offer space to talk about these issues. Allies in the physics community attend these discussions, as well.

“I’ve talked to many physicists who identify as straight or cisgender throughout this process, and who really want to try and do right by their LGBT+ colleagues,” Parno says. “I’ve been very impressed and heartened by that.”

Plisch says, “These efforts show what self-organized groups can do to change the culture and practice of physics.”

In 2016 Caltech undergraduate Adrian Ray Avalani went searching on the internet for resources for LGBT+ academics like Elena Long had. Thanks to Long and the others responsible for the APS guide, he found what he was looking for.

Ray Avalani decided to join the effort. He took part in the update of the guide, working primarily on sections about issues that transgender students face, such as the best way to handle the need for a name or pronoun change. He gave advice on how to notify a department and handle classroom dynamics.

“It surprised me how much better some departments can be at addressing these concerns compared to others,” Ray Avalani says. “Some physics departments at universities rely on some pretty outdated information.”

But the team of authors understands that guides like these can become outdated fast. The year after the original APS LGBT+ guide was published, the Supreme Court of the United States ruled that same-sex couples have a constitutional right to marry.

“One of the most exciting things we were able to include in the second edition, or rather exclude, was that we could strike everything about marriage laws being different in different states,” Parno says. “That was tremendously exciting.”

In the next iteration of the guide, the authors would like to add the perspectives of physicists working outside of academia—including those in industry and at national labs—as well as physicists who are based outside of the United States.

“A guide like this is a living document,” Laskar says. “Culture changes, people change, and laws change. Someday the resulting transformation will make guides like this obsolete.  The faster that happens, the better.”