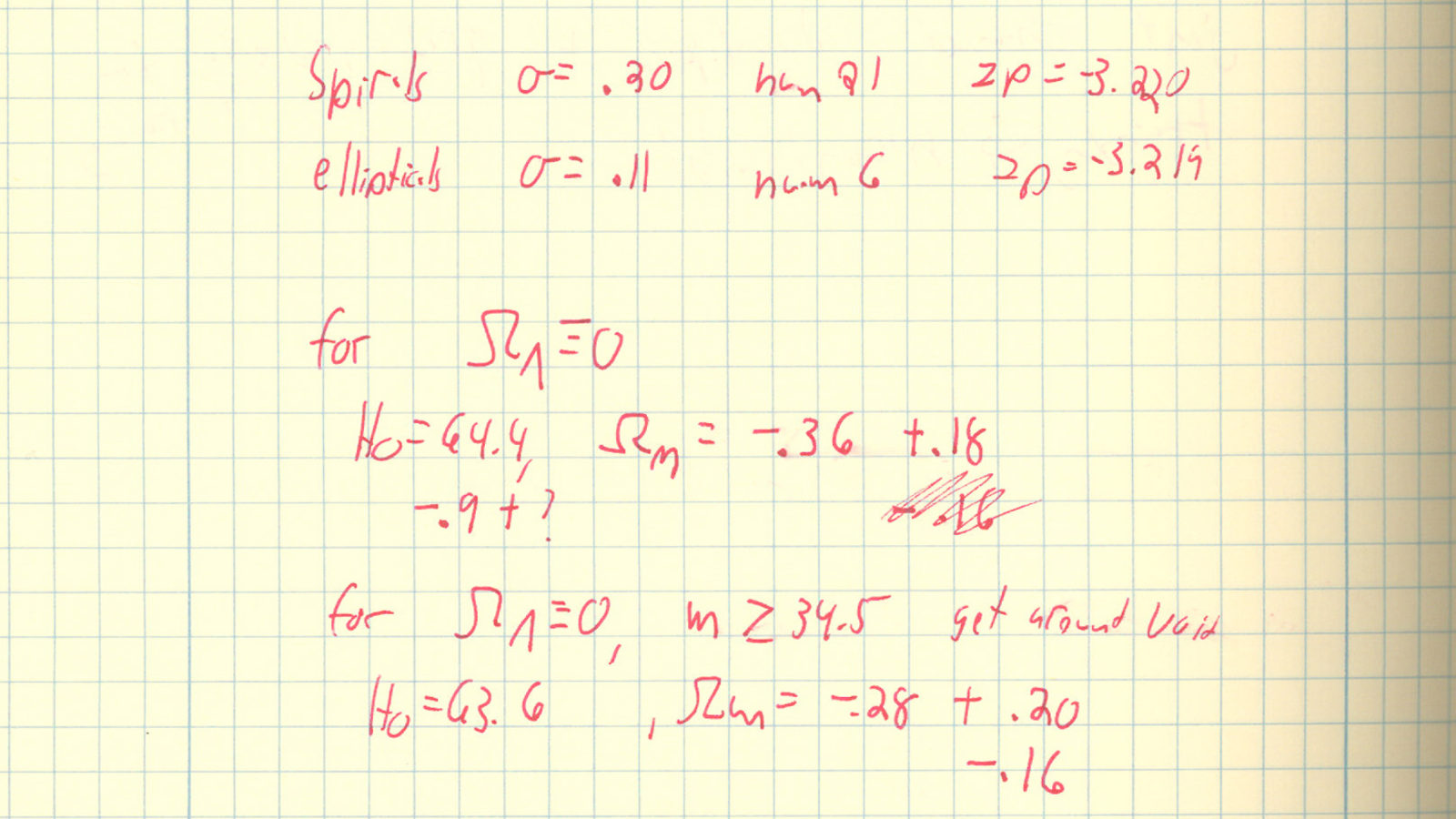 In the fall of 1997, I was leading the calibration and analysis of data gathered by the High-z Supernova Search Team, one of two teams of scientists the other was the Supernova Cosmology Projecttrying to determine the fate of our universe: Will it expand forever, or will it halt and contract, resulting in the Big Crunch?

To find the answer, we had to determine the mass of the universe. It can be calculated by measuring how much the expansion of the universe is slowing.

First, we had to find cosmic candlesdistant objects of known brightnessand use them as yardsticks. On this page, I checked the reliability of the supernovae, or exploding stars, that we had collected to serve as our candles. I found that the results they yielded for the present expansion rate of the universe (known as the Hubble constant) did not appear to be affected by the age or dustiness of their host galaxies.

Next, I used the data to calculate ΩM, the relative mass of the universe.

It was significantly negative!

The result, if correct, meant that the assumption of my analysis was wrong. The expansion of the universe was not slowing. It was speeding up! How could that be?

I spent the next few days checking my calculation. I found one could explain the acceleration by introducing a vacuum energy, also called the cosmological constant, that pushes the universe apart. In March 1998, we submitted these results, which were published in September 1998.

Today, we know that 74 percent of the universe consists of this dark energy. Understanding its nature remains one of the most pressing tasks for physicists and astronomers alike. 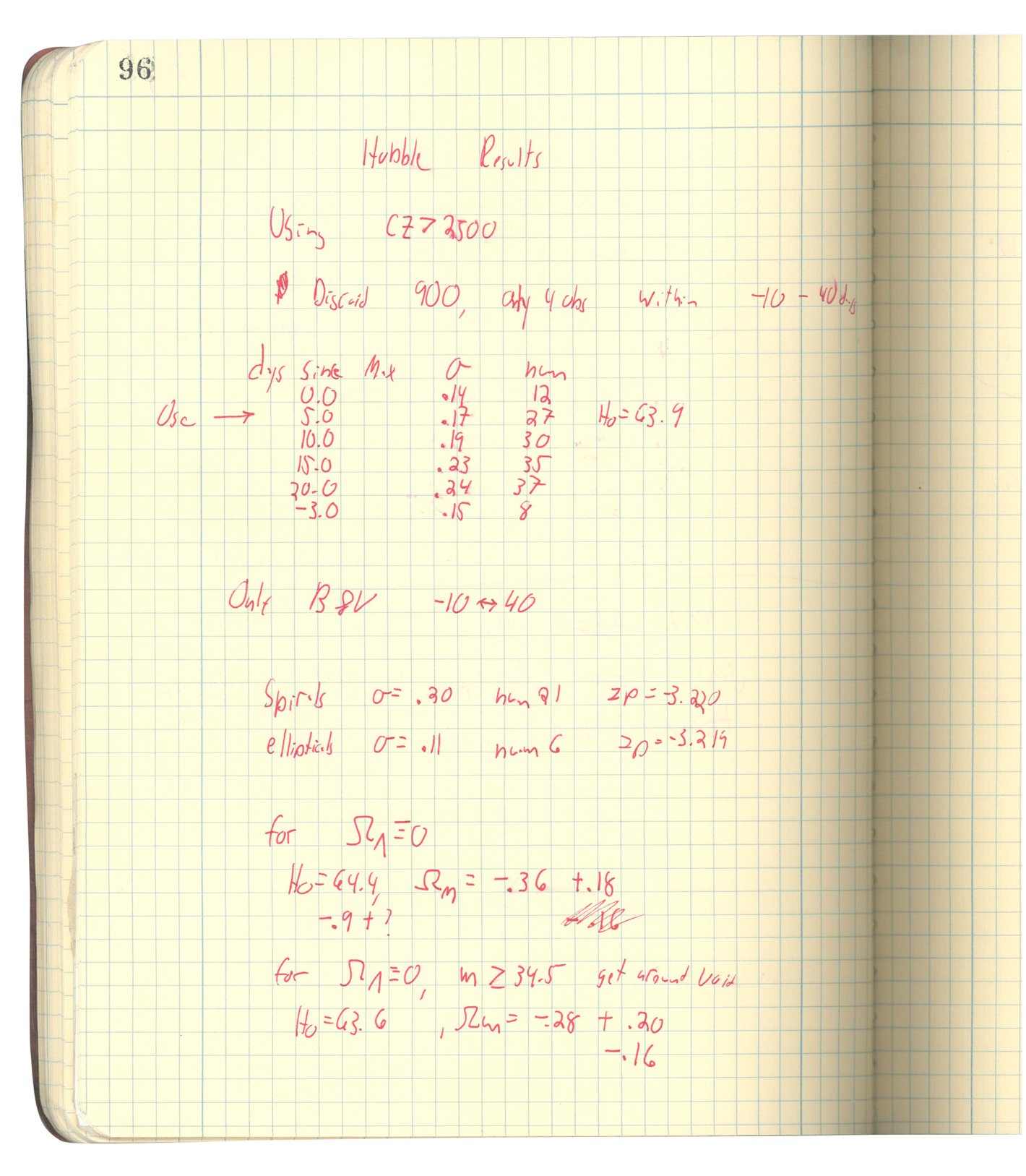 Adam Riess
Follow
Use your browser’s print dialog box to create a pdf.
Popular on symmetry