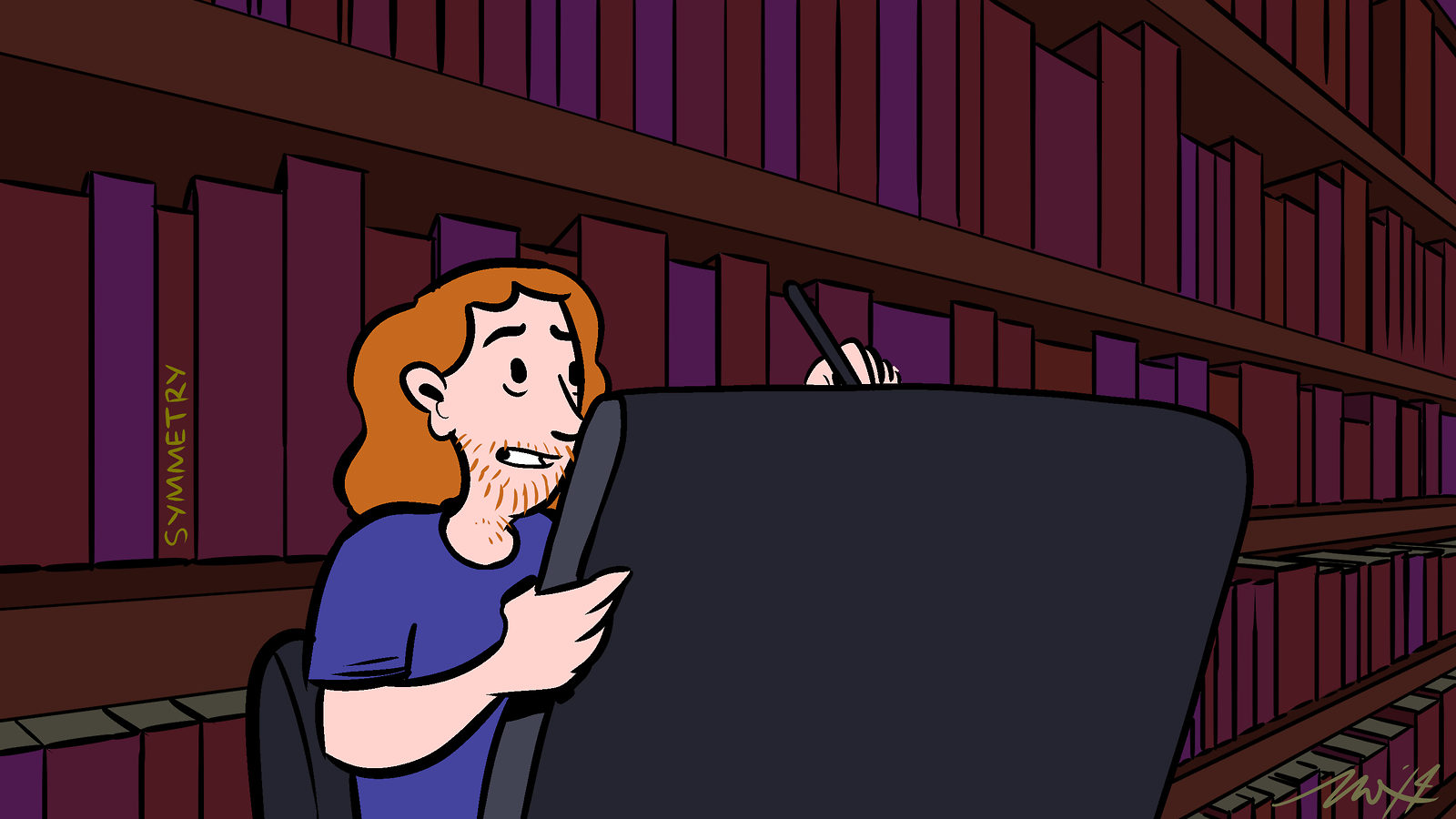 Zach Weinersmith, creator of popular webcomic “Saturday Morning Breakfast Cereal,” doesn’t know all the things you think he knows—but he’s working on it.

Reading certain SMBC comics, you could be forgiven for assuming Weinersmith (his married name) possesses a deep knowledge of math, biology, psychology, mythology, philosophy, economics or physics—even if that knowledge is used in service of a not-so-academic punch line.

In reality the artist behind the brainy comic simply loves to read. “I think I’m a very slow learner,” Weinersmith says. “I just work twice as hard.”

Around 2007, before SMBC took off, Weinersmith was working in Hollywood, producing closed captioning for television programs. He was taken with a sudden desire to understand how DNA works, so he bought a stack of textbooks and started researching in his spare time.

“Before that, my comic was straight comedy,” he says. He began to inject some of what he was learning into his writing. It was a relief, he found. “It’s much harder to make funny jokes than it is to talk about things.”

That year, SMBC was recognized at the Web Cartoonists’ Choice Awards and became popular enough for Weinersmith to quit his job and write full time. But he started to get bored.

“Imagine being 25 and self-employed,” he says.

What better way to cure boredom than to pursue a degree in physics? He took a few semesters of classes at San Jose State until he realized he was stretching himself too thin.

“I have three-eighths of a physics degree,” he says, which is probably perfect. “If you say three things about a topic, people assume you know the rest of it.

“I really think there’s this sweet spot. Right when I’m learning something, I have all these hilarious ideas. Once you’re a wizened gray-beard, nothing works.”

That hasn’t soured Weinersmith on scholarship. Last year he hosted his first live event, the Festival of Bad Ad Hoc Hypotheses, in which he invites speakers to compete to give the best serious argument for a completely ridiculous idea. It was inspired by a comic arguing the evolutionary benefits of aerodynamic babies.

Weinersmith runs the festival with a panel of judges and his wife, biologist Kelly Weinersmith, whose trials and tribulations in academia inspire much of his writing.

The appeal of BAHFest can be hard to explain, he says. “People see the video [of last year’s event] and say, ‘What the hell is the audience laughing about? That was barely a joke.’”

The key, he says, is to get rid of the jokes entirely. “It’s not stand-up; it’s play-acting,” he says. “Let this thing you’re doing be the joke.”

BAHFest will take place October 19 at MIT in Boston and October 25 at the Castro Theatre in San Francisco.