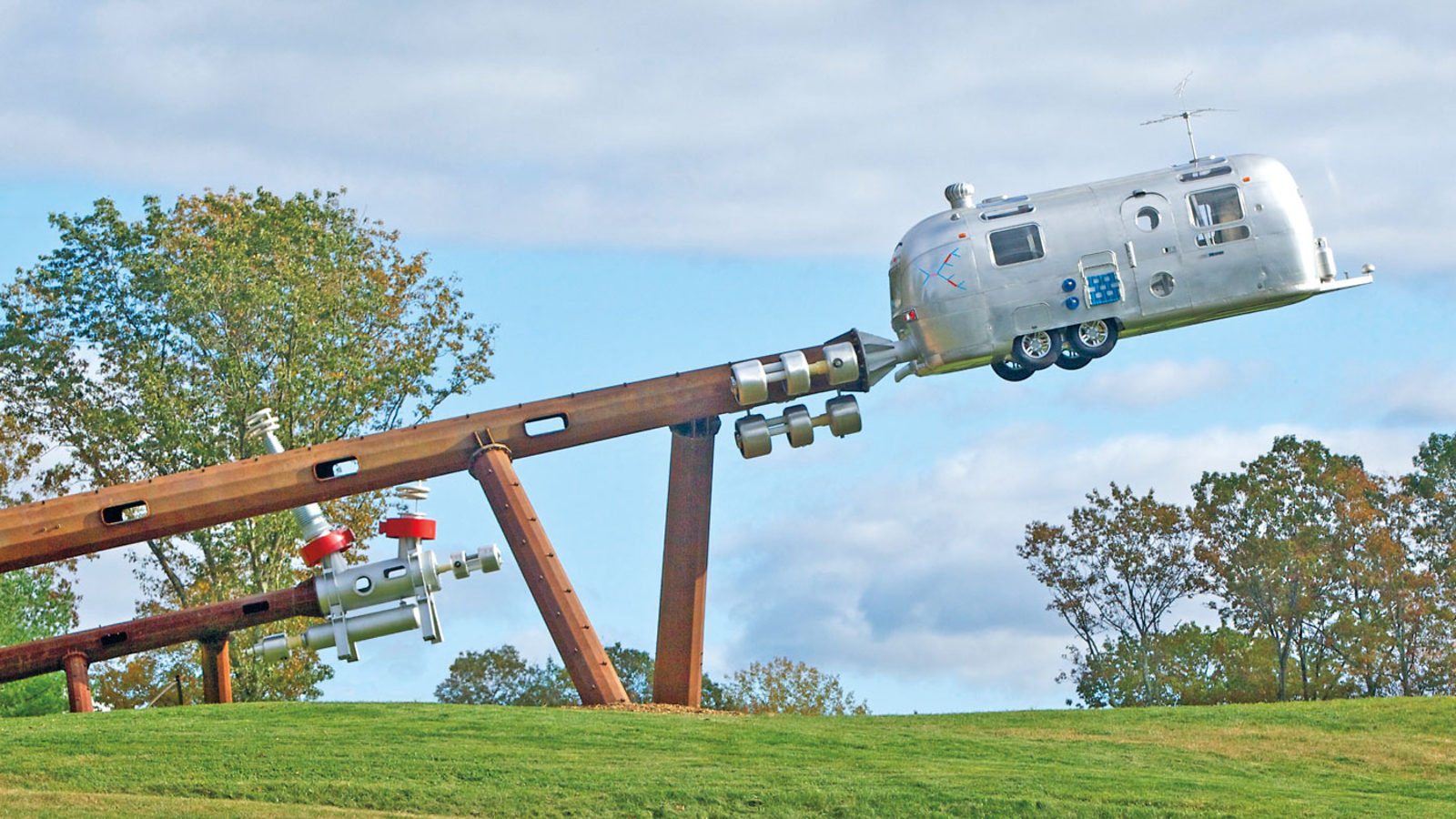 The intersection of art and science

If you visit statistician and sculptor Edward Tufte’s farm in Connecticut, you’ll see something that gets to the heart of the person and his work.

On the mile-long farm road that leads to his artwork, you’ll find a small diamond-shaped yellow sign that reads “Shut Up and Look.”

“‘Shut Up and Look’ is perhaps undiplomatic,” Tufte says. “But I really mean it. We live in a continuous brain fog of words, and good art is beyond words. The viewer shouldn’t bring words into it. It’s a magic moment, when you see how an artist sees and stay in the optical experience.”

Creating and refining that optical experience has been the driving force of Tufte’s life. He is best known as a master of data visualization—he has written four books on the subject, including Beautiful Evidence and The Visual Display of Quantitative Information, and is a popular speaker and critic of tools like PowerPoint.

His work encompasses historical examples, such as early maps, and incorporates new ideas, like the “sparkline,” a compressed visual representation of hundreds of data points.

Tufte’s interest in sculpture goes back almost as far as his interest in visual data. And to him, art and science are inextricably interwoven. “Science and art both involve intense seeing of the natural world,” he says.

Tufte’s recent exhibit at Fermi National Accelerator Laboratory, The Cognitive Art of Feynman Diagrams, consists of steel sculptures in the form of Feynman diagrams, which provide a visual representation of subatomic particle interactions. Nobel Prize-winning physicist Richard Feynman created the diagrams in the 1940s, and though Tufte never met him, he holds great admiration for his work.

“I first encountered Feynman diagrams when I was quite young,” he says. “They may be the best example of data visualization ever created. They turn a computational mess into something that human beings can think about and reason about.”

Tufte says he began thinking about Feynman diagrams as art after writing about them for his book Beautiful Evidence.

Most of Tufte’s Feynman diagram sculptures are mounted some distance from the wall, so they cast shadows that are, he says, part of the piece. Others are freestanding and reach 18 feet high.

Tufte has previously exhibited his diagrams in his own gallery, ET Modern, in Chelsea, New York. And during his recent exhibit at Fermilab, particle physicists and enthusiasts alike praised his pieces, both as art and as representations of data tools they use every day.