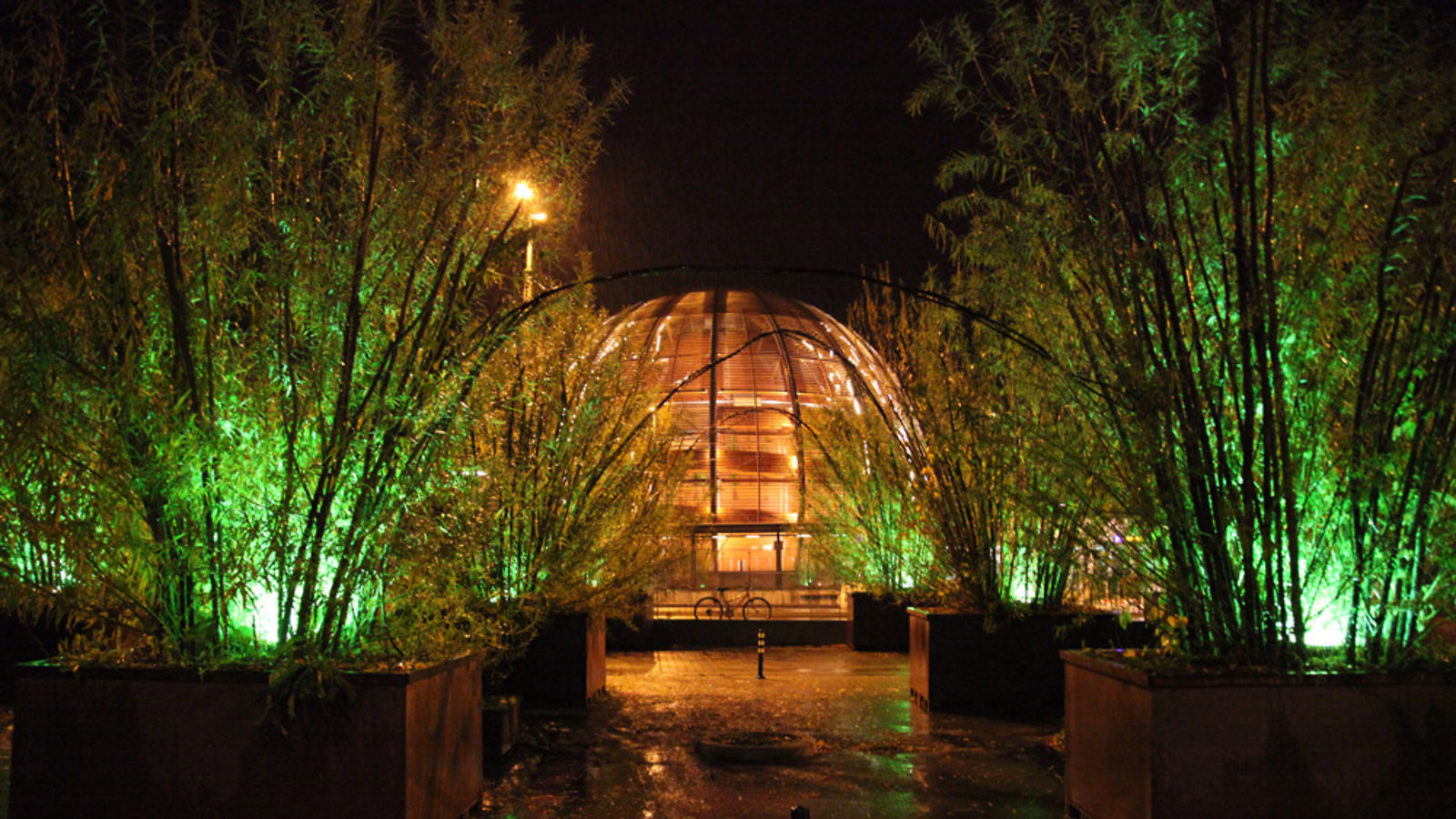 Physicists from all over the world work the night shift to guide the Large Hadron Collider and its particle detectors from sunset to sunrise. Take a peek into two of the five CERN control rooms that are staffed 24 hours a day.

It is half an hour into the night shift at the control room for the Large Hadron Collider’s ATLAS detector, and there is nothing to do. The LHC is not running.

“We can’t do anything. We just have to wait,” says shift supervisor Adrian Vogel.

The LHC lost its beams of particles at 2 p.m. due to a technical problem. The wait could stretch much longer. With such a complex machine, people are constantly fixing parts and making modifications. While they do this, no data can be taken. The nine people on duty in the ATLAS Control Room sit silently.

Around 11:50 p.m., a message appears on one of the monitoring screens projected on the wall:

“Problem with BOOSTER injection
seems to be solved
we will inject soon
Next: Fill for PHYSICS”

The LHC is about to come to life again.

A synthetic whooshing noise fills the room. It ends with a dramatic—but fortunately equally artificial—explosion. Vogel explains there are a few different sounds to indicate the status of the LHC. The whoosh means the beams are stable and the experiments can soon begin taking data. When they lose the beams, they hear a toilet flushing.

In about an hour and a half, the LHC went from empty to colliding particles traveling at 99.999997 percent the speed of light. The process used to take much longer, but, after three years of operation, starting the world’s largest particle collider is usually routine. Tonight is the LHC’s 3265th running period.

The ATLAS Control Room becomes a bit livelier as people adjust the ATLAS detector to begin accepting and recording particle collisions. While the CERN Control Center focuses on maintaining beams in the Large Hadron Collider and its associated accelerators, the ATLAS Control Room monitors what happens once the particles reach their enormous detector. One of the main jobs is to adjust the trigger, which selects which collisions are recorded. With so many collisions happening at once, only a fraction can be kept for later analysis.

For the most part, the detector takes care of itself. All night, about once an hour, small components of the ATLAS detector have issues. Almost as soon as the system notes the problem and alerts the people in the control room, the issue is fixed automatically. The automatic fixes are the result of people noticing repeat problems over the years and then programming software to deal with them.

“In the beginning, everything went wrong and you had to do it by hand,” Vogel says.

Nonetheless, the machine can’t entirely run itself. At 6:50 a.m., a component fails that can’t be fixed automatically. A small group forms at the front of the room to address how to tackle the problem. Five minutes later, it fixes itself after all.

More people begin to trickle into the control room. It is time for the day shift.

At the moment, Enrico Bravin is the sole person monitoring the Large Hadron Collider. He doesn’t seem particularly phased by the 72 computer monitors and 12 television screens displaying hundreds of LHC measurements, but he acknowledges the nature of the work is delicate.

“You push the wrong button, you lose the beam,” he says.

Bravin’s job is to make sure everything continues to run smoothly. It’s possible for one person to handle this because, like at ATLAS, almost everything about operating the LHC is automated. At one point, sensors notice the beams of particles need to be shifted at the LHCb detector. A computer asks Bravin for permission. After he clicks “OK,” the beams adjust automatically.

As is the case with most night shifts, it is quiet. Georges-Henry Hemelsoet, who joined Bravin in the semicircle of LHC monitors, explains that it is not always so. In his 20 years at CERN, he has experienced unforeseen obstacles and missteps. He has also been a part of inspiring moments, like when bottles of champagne were popped in the control center to commemorate important milestones such as the very first beam of particles back in 2008.

But even after 20 years, he has not seen it all.

“It still surprises me,” Hemelsoet says.

It is time to shut off the Super Proton Synchrotron, one of the accelerators that speeds up particles before feeding them into the LHC. A magnet needs to be repaired, and no one can enter the accelerator while it is running.

Someone reaches below the bank of computers to toggle a nondescript switch from “beam permit” to “beam dump.” Almost instantly, the particles are gone. The SPS is off.

Over at the LHC station, the job is now to keep the LHC going as long as possible. The beams of particles that circulate in the LHC usually degrade as time goes on, and once they fall below a certain quality the norm is to get rid of them and fill the LHC with new particles. But the SPS will be under repair for up to 24 hours, during which time the LHC can’t be filled with new particles. If they lose the beams due to an unexpected problem, the LHC will sit unused until the SPS is usable again.

Someone at the Super Proton Synchrotron station shouts about dumping the LHC particles too. After a split second of terror, the room fills with hoots of laughter. The beams last until midday.

Here they measure the time not in minutes or hours. Instead they think in terms of how many antiprotons are ready to stack and how soon the Tevatron will be ready to accept new beam.

Satoru Yoshioka: An extraordinary eye for the everyday

The two facets of Satoru Yoshioka's work could not be more distinct. His black-and-white Polaroid photographs have been exhibited in the United States, Japan, and Europe.