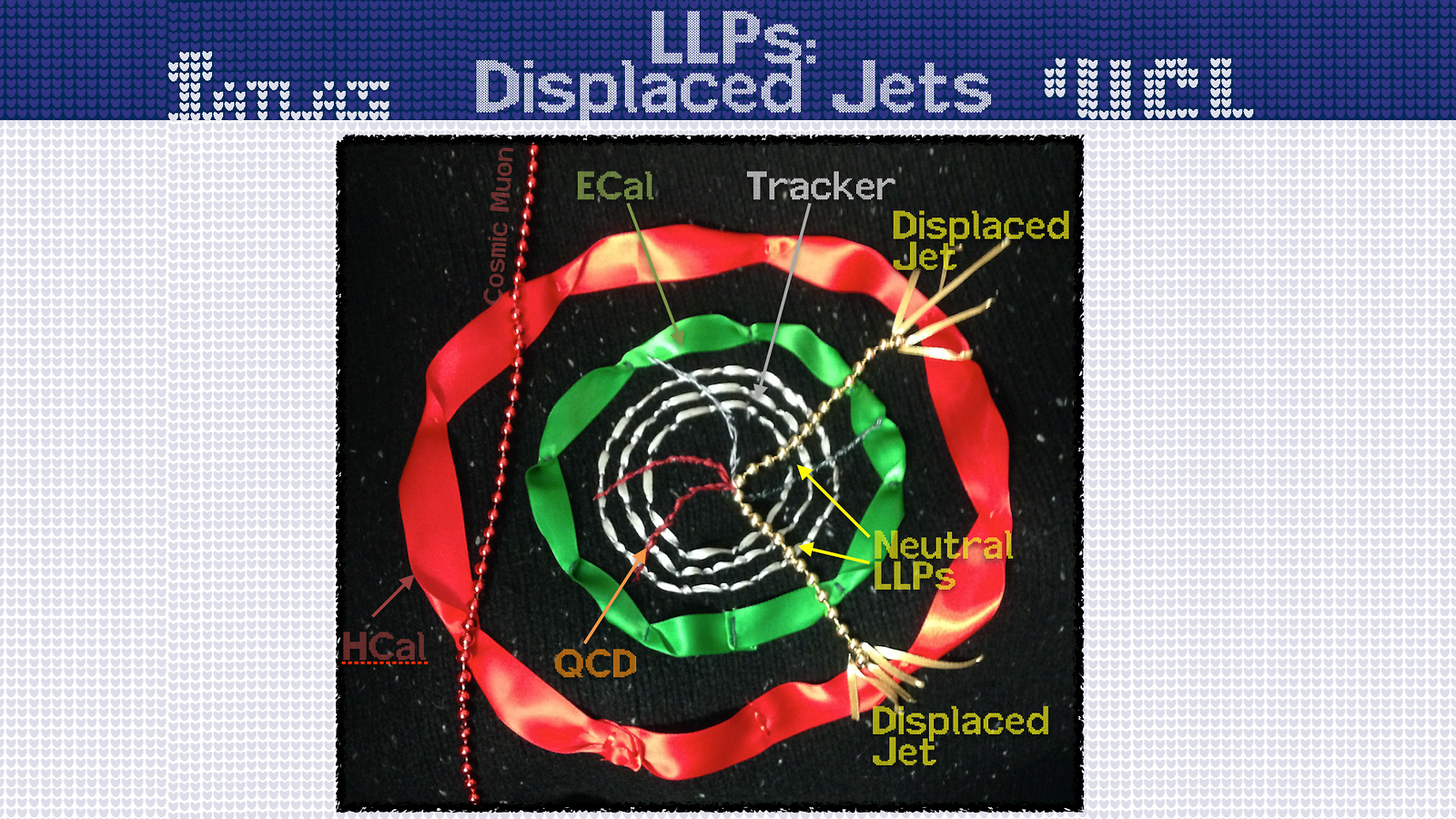 Every year, postdocs in high-energy physics at University College London are asked to give a short, light-hearted talk about their research for the holidays.

Louie Corpe, a UCL scientist on the ATLAS experiment at the Large Hadron Collider, says he had heard about some “fairly elaborate” presentations from previous years, including one given in the form of a Christmas carol.

“I’m a little competitive by nature,” he wrote in an email. “That’s where the idea of the Xmas jumper presentation came about.”

He converted two plots and a Feynman diagram into cross-stitch patterns for his talk on the topic of “exotic searches for long-lived particles,” which he gave wearing a sweater embroidered with an ATLAS event display—the handiwork of his fiancée, Emma. 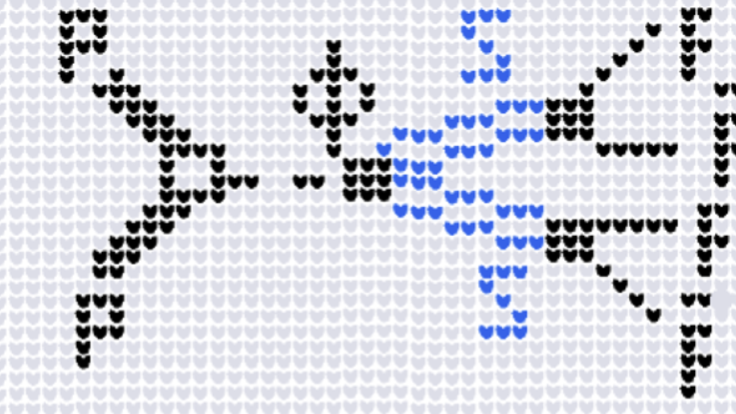 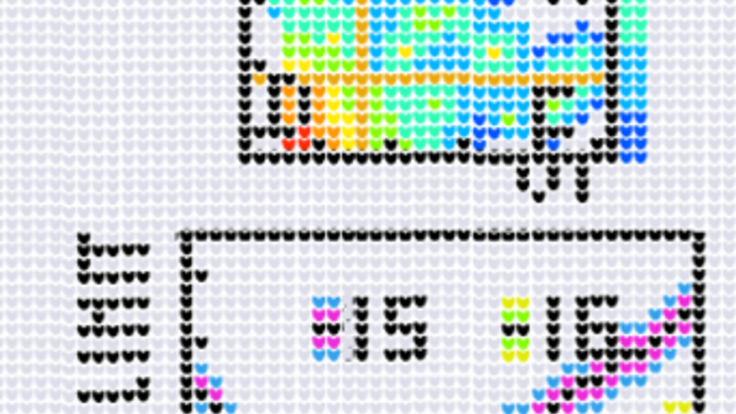 “In particular, we are looking for displaced jets which decay in the ATLAS HCAL,” he wrote. “The jumper I was wearing described the topology we were looking for… The results of the analysis are not public yet, but I doubt anyone would be able to extract any useful information from my cross-stitched plot.”

Although he scored compliments for his outfit on social media, Corpe was not the winner of this year’s event. That honor went to postdoc Cheryl Patrick, who wrote and performed a five-song musical about her neutrinoless double beta decay experiment, SuperNEMO, with a fellow postdoc and a grad student singing back-up.