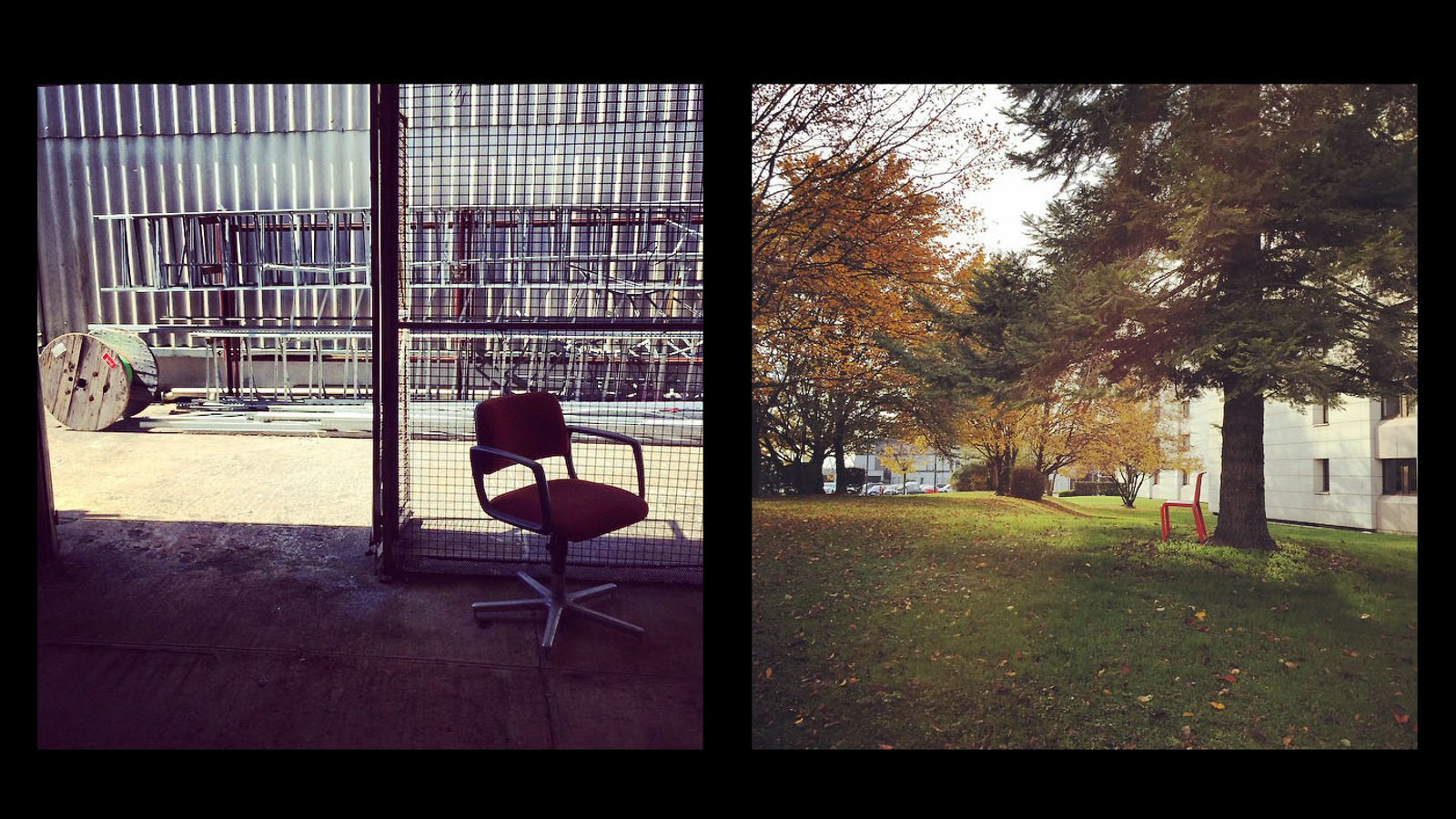 Over the past year, the “Lonely Chairs at CERN” photography blog has let the chairs do the talking.

When CMS physicist Rebeca Gonzalez Suarez of the University of Nebraska, Lincoln, created a Tumblr called “Lonely Chairs at CERN” one year ago, she was not expecting the immediate reaction it garnered.  Within days, the blog picked up thousands of followers and had been featured in Gizomodo and The Guardian.

“The response inside CERN was very positive, but the response outside CERN was overwhelming,” she says. “I’ve gotten a lot of followers who are really into science and very excited about CERN. They comment about wanting to work here—sometimes on the ugliest chair I’ve posted.”

The blog showcases an older, perhaps grittier side of the laboratory—one that is very familiar to CERNois but can be somewhat surprising to the rest of the world.

“I like CERN the way it is, and sometimes it is difficult to show what CERN looks like on the inside,” she says. “What makes CERN so unique, and the part I like most, is that it has been here for 60 years and you can tell. That’s a good thing. It helps put you and your work into context. People were working here before you and they were doing the same things that you are doing—maybe even using the same chair.

“Everyone likes to have new things,” she says. “All the new buildings and new elevators are great... but the spirit of CERN is also in the old stuff. New things can be practical and pretty, but they are lacking in history. I like best the character you find in old things.”

As “Lonely Chairs at CERN” nears 20,000 followers, Gonzalez Suarez has no plans to slow down: “I am wondering when people will get tired of chairs, or when I will simply run out. But so far—I still have lots to go.”

As for her own chair? Gonzalez Suarez assures us it is just as bleak: “My chair is really, really old—I have no idea how many physicists have sat there but... a lot.”

A version of this article was originally published by the CERN Bulletin.