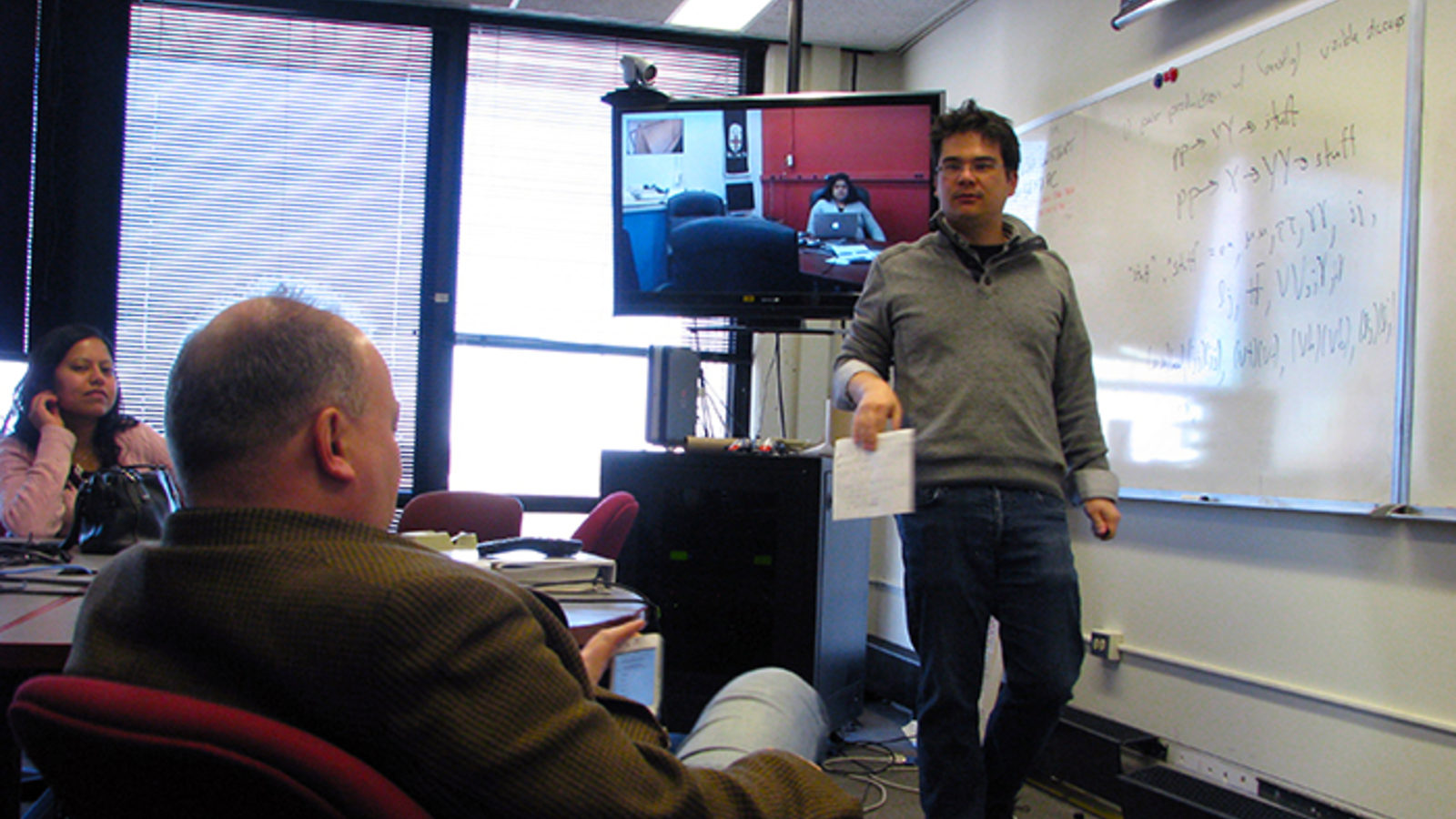 A physicist is more than the sum of his or her slides.

That's why, about six months ago, organizers of a biweekly forum on Large Hadron Collider physics at Fermilab banned PowerPoint presentations in favor of old-fashioned, chalkboard-style talks.

“Without slides, the participants go further off-script, with more interaction and curiosity,” says Andrew Askew, an assistant professor of physics at Florida State University and a co-organizer of the forum. “We wanted to draw out the importance of the audience.”

In one recent meeting, physics professor John Paul Chou of Rutgers University (pictured above) presented to a full room holding a single page of handwritten notes and a marker. The talk became more dialogue than monologue as members of the audience, freed from their usual need to follow a series of information-stuffed slides flying by at top speed, managed to interrupt with questions and comments.

“We all feel inundated by PowerPoint," Askew says. "With only a whiteboard, you have your ideas and a pen in your hand."

More interaction was exactly what the new leadership of Fermilab's LHC Physics Center wanted when they approached Askew and Yuri Gershtein, a former LPC distinguished researcher, to think of ways to better engage LHC scientists in the United States.

The LPC is the US hub for the CMS experiment, one of the four major experiments at the Large Hadron Collider. Many Fermilab scientists and university researchers across the United States are involved with the center. The LPC physics forum serves as platform to discuss ongoing work and future goals of US efforts.

PowerPoint gives speakers an easy way to document their presentation so others can readily review the material later. But Elliot Hughes, a Rutgers University doctoral student and a participant in the forum, says a ban on slides has encouraged the physicists to connect with their audience.

“Frequently, in physics, presenters design slides for people who didn’t even listen to the talk in the first place,” Hughes says. “In my experience, the best talks could not possibly be fully understood without the speaker.”

Theorists cant help it: When asked to explain something, they reach for a piece of chalk. The language of math and physics seems to require a writing implement and a large vertical surface.