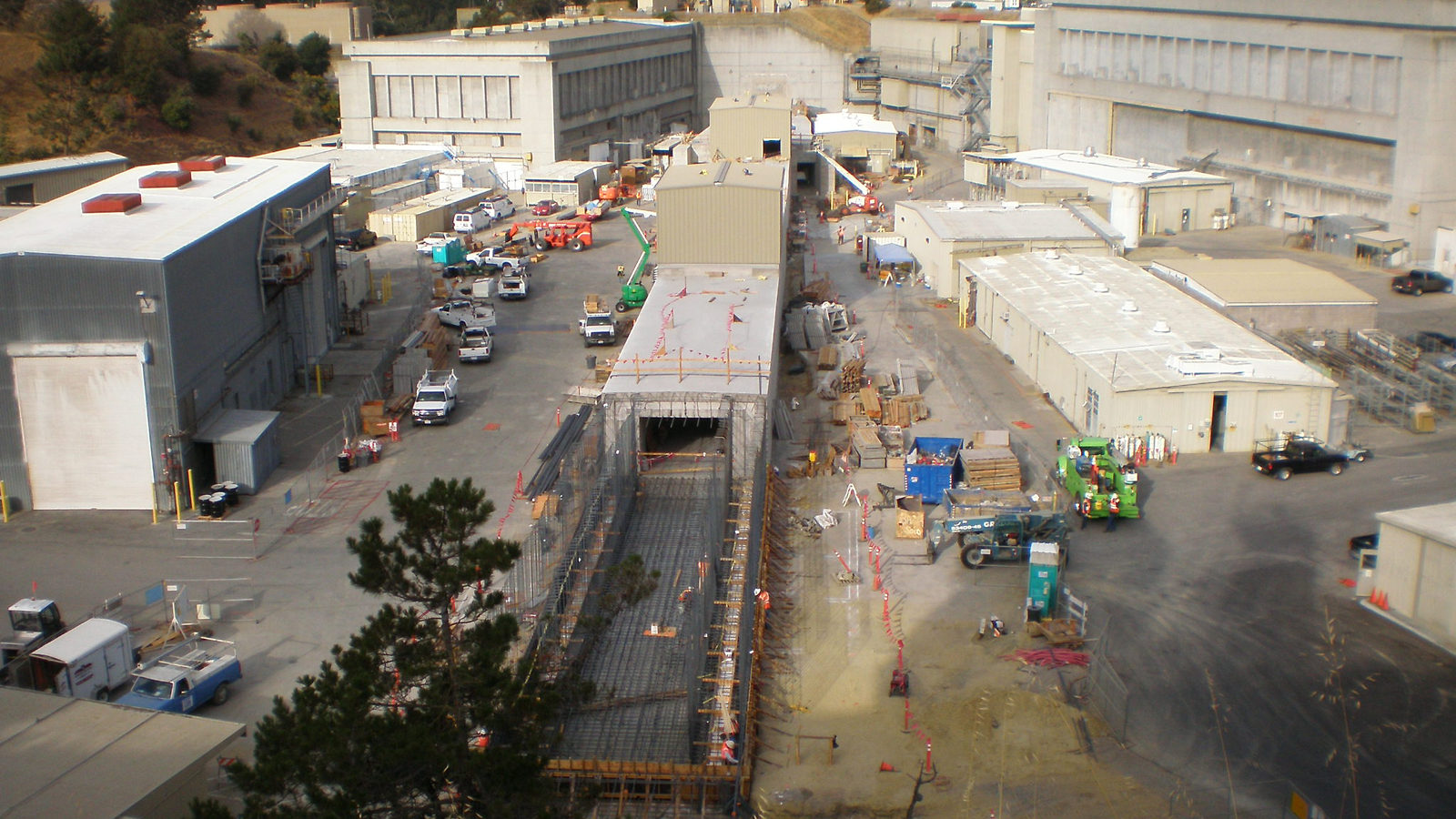 Around the world, there’s an ecosystem of large particle accelerators where physicists gather to study the most intricate details of matter.

These accelerators are engineering marvels. From planning to construction to operation to retirement, their lifespans stretch across decades.

But to get the most out of their investments of talent and funding, laboratories planning such huge projects have to think even longer-term: What could these projects become in their next lives?

The following examples show how some of the world’s big physics machines have evolved to stay at the forefront of science and technology.

Before CERN research center in Geneva, Switzerland, had its Large Hadron Collider, it had the Large Electron-Positron Collider. LEP was the largest electron-positron collider ever built, occupying a nearly 17-mile circular tunnel dug beneath the border of Switzerland and France. The tunnel took three years to completely excavate and build.

The first particle beam traveled around the LEP circular collider in 1989. Long before then, the international group of CERN physicists and engineers were already thinking about what CERN’s next machine could be.

“People were saying, ‘Well, if we do build LEP, then we should make it compatible with the [then-proposed] Large Hadron Collider,’” says James Gillies, a senior communications advisor and member of the strategic planning and evaluation unit at CERN. “If you want to have a future facility, you often have to engage the people who just finished designing one machine to start thinking about the next one.”

LEP’s designers chose an energy for the collider that would mass-produce Z bosons, fundamental particles discovered by earlier experiments at CERN. The LHC would be a step up from LEP, reaching higher energies that scientists hoped could produce the Higgs boson. In the 1960s, theorists proposed the Higgs as a way to explain the origin of the mass of elementary particles. And the new machine to look for it could be built in the same 17-mile tunnel excavated for LEP.

“That was challenging because these caverns are huge. As they were being excavated, the pressure on the LEP tunnel was reduced and the LEP beamline needed realignment,” Gillies says. “So you constantly had to realign the collider for experiments as you were digging.”

After LEP reached its highest energy in 2000, it was switched off. The tunnel remained the same, says Gillies, but there were many other changes. Only one of the LEP detectors, DELPHI, remains underground at CERN as a visitors’ point.

In 2012, LHC scientists announced the discovery of the long-sought Higgs boson. The LHC is planned to continue running until at least 2035, gradually increasing the intensity of its particle collisions. The research and development into the accelerator’s successor is already happening. The possibilities include a higher energy LHC, a compact linear collider or an even larger circular collider. 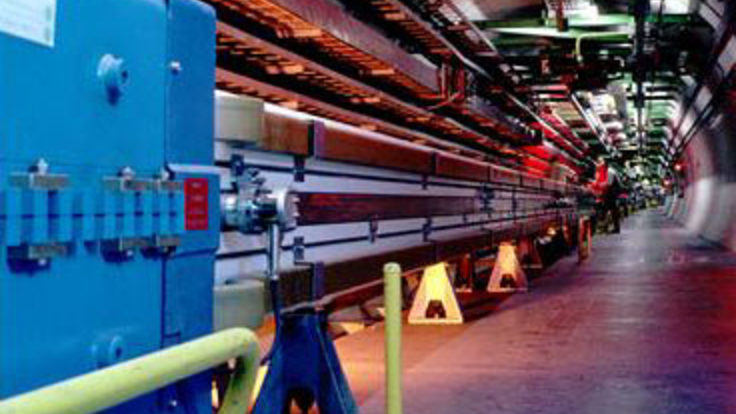 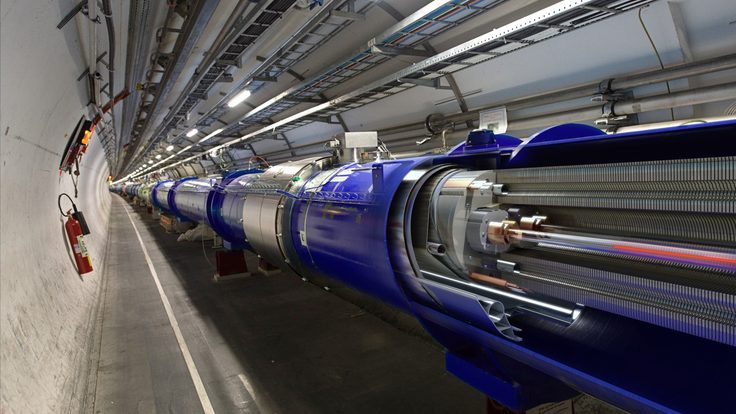 Decades before the LHC came into existence, a suburb of Chicago was home to the most powerful collider in the world: the Tevatron. A series of accelerators at Fermi National Accelerator Laboratory boosted protons and antiprotons to nearly the speed of light. In the final, 4-mile Tevatron ring, the particles reached record energy levels, and more than 1000 superconducting magnets steered them into collisions. Physicists used the Tevatron to make the first direct measurement of the tau neutrino and to discover the top quark, the last observed lepton and quark, respectively, in the Standard Model.

The Tevatron shut down in 2011 after the LHC came up to speed, but the rest of Fermilab’s accelerator infrastructure was still hard at work powering research in particle physics—particularly on the abundant, mysterious and difficult-to-detect neutrino.

Starting in 1999, a brand-new, 2-mile circular accelerator called the Main Injector was added to the Fermilab complex to increase the number of Tevatron particle collisions tenfold. It was joined in its tunnel by the Recycler, a permanent magnet ring that stored and cooled antiprotons.

But before the Main Injector was even completed, scientists had identified a second purpose: producing powerful beams of neutrinos for experiments in Illinois and 500 miles away in Minnesota. By 2005, the proton beam circulating in the Main Injector was doing double duty: sending ever-more-intense beams to the Tevatron collider and smashing into a target to produce neutrinos. Following the shutdown of the Tevatron, the Recycler itself was recycled to increase the proton beam power for neutrino research.

“I’m still amazed at how we are able to use the Recycler. It can be difficult to transition if a machine wasn’t originally built for that purpose,” says Ioanis Kourbanis, the head of the Main Injector department at Fermilab.

Fermilab’s high-energy neutrino beam is already the most intense in the world, but the laboratory plans to enhance it with future improvements to the Main Injector and the Recycler, and to build a brand-new neutrino beamline.

Neutrinos almost never interact with matter, so they can pass straight through the Earth on their way to detectors onsite and others several hundred miles away. Scientists hope to learn more about neutrinos and their possible role in shaping our early universe.

The new beamline will be part of the Long-Baseline Neutrino Facility, which will send neutrinos 800 miles underground to the massive, mile-deep detectors of the Deep Underground Neutrino Experiment. Scientists from around the world will use the DUNE data to answer questions about neutrinos, thanks to the repurposed pieces of the Fermilab accelerator complex. 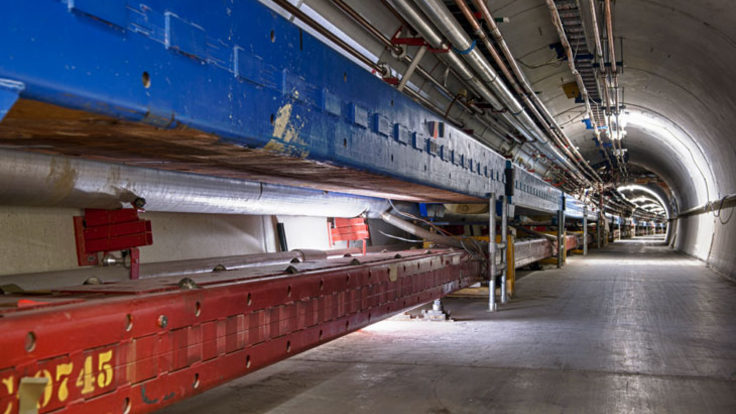 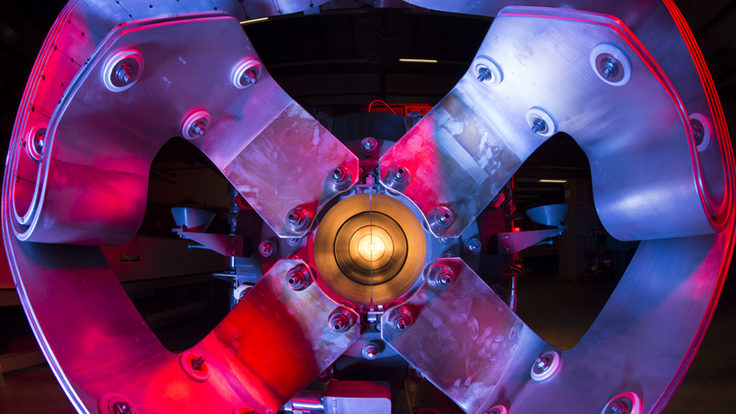 When physicists first came up with the idea to build a two-mile linear accelerator at what is now called SLAC National Accelerator Laboratory, managed by Stanford University, they called it "Project M” for “Monster.” Engineers began building it from hand-drawn designs. Once completed, the machine was able to accelerate electrons to near the speed of light, producing its first particle beam in May 1966.

The accelerator’s scientific purpose has gone through several iterations of particle physics experiments over the decades, from fixed-target experiments to the Stanford Linear Collider (the only electron-positron linear collider ever built) to an injector for a circular collider, the Positron-Electron Project.

These experiments led to the discovery that protons are made of quarks, the first evidence that the charm quark existed (through observations of the J/psi particle, co-discovered with researchers at MIT) and the discovery of the tau lepton.

In 2009, the lab used the accelerator as the backbone for a different type of science machine—an X-ray free-electron laser, the Linac Coherent Light Source.

“Looking around, SLAC was the only place in the world with a linear accelerator capable of driving a free-electron laser,” says Claudio Pellegrini, a distinguished professor emeritus of physics at the University of California, Los Angeles and a visiting scientist and consulting professor at SLAC. Pellegrini first proposed the idea to transform SLAC’s linear accelerator.

The new machine, a DOE Office of Science user facility, would be the world’s first laser of its kind that could produce extremely bright hard X-rays, the high-energy X-rays that let scientists take snapshots of atoms and molecules.

“Much of the physics and many of the tools learned and developed during the operation of the Stanford Linear Collider were directly applicable to the free electron laser,” says Lia Merminga, head of the accelerator directorate at SLAC. “This was a big factor in the LCLS being commissioned in record time. Without the Stanford Linear Collider experience, this significant body of work would have to be reinvented and reproduced almost from scratch.”

Little about the accelerator itself needed to change. But to create a free-electron laser, scientists needed to design a new part: an electron gun, a device that generates electrons to be injected into the accelerator. A collaboration of several national labs and UCLA created a new type of electron gun for LCLS, while other national labs helped build undulators, a series of magnets that would wiggle the electrons to create X-rays.

LCLS used only the last third of SLAC’s original linear accelerator. In part of the remaining section, scientists are developing plasma wakefield and other new particle acceleration techniques.

For the X-ray laser’s next iteration, LCLS-II, scientists are aiming for an even brighter laser that will fire 1 million pulses per second, allowing them to observe rare and exceptionally transient events.

To do this, they will need to replace the original copper structures with superconducting technology. The technology is derived from designs for a large International Linear Collider proposed to be built in Japan.

“I’m in awe of the foresight of the original builders of SLAC’s linear accelerator,” Merminga adds. “We’ve been able to do so much with this machine, and the end is not yet in sight.” 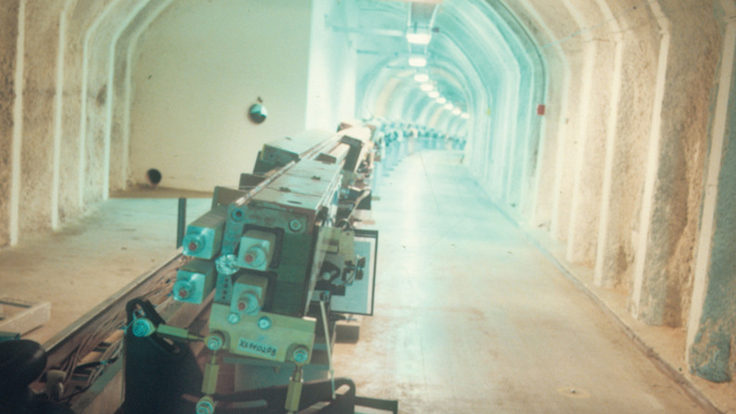 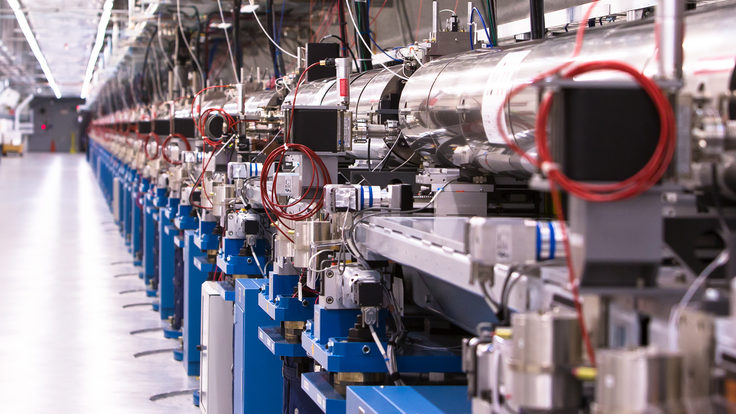 Courtesy of SLAC
Follow
Use your browser’s print dialog box to create a pdf.