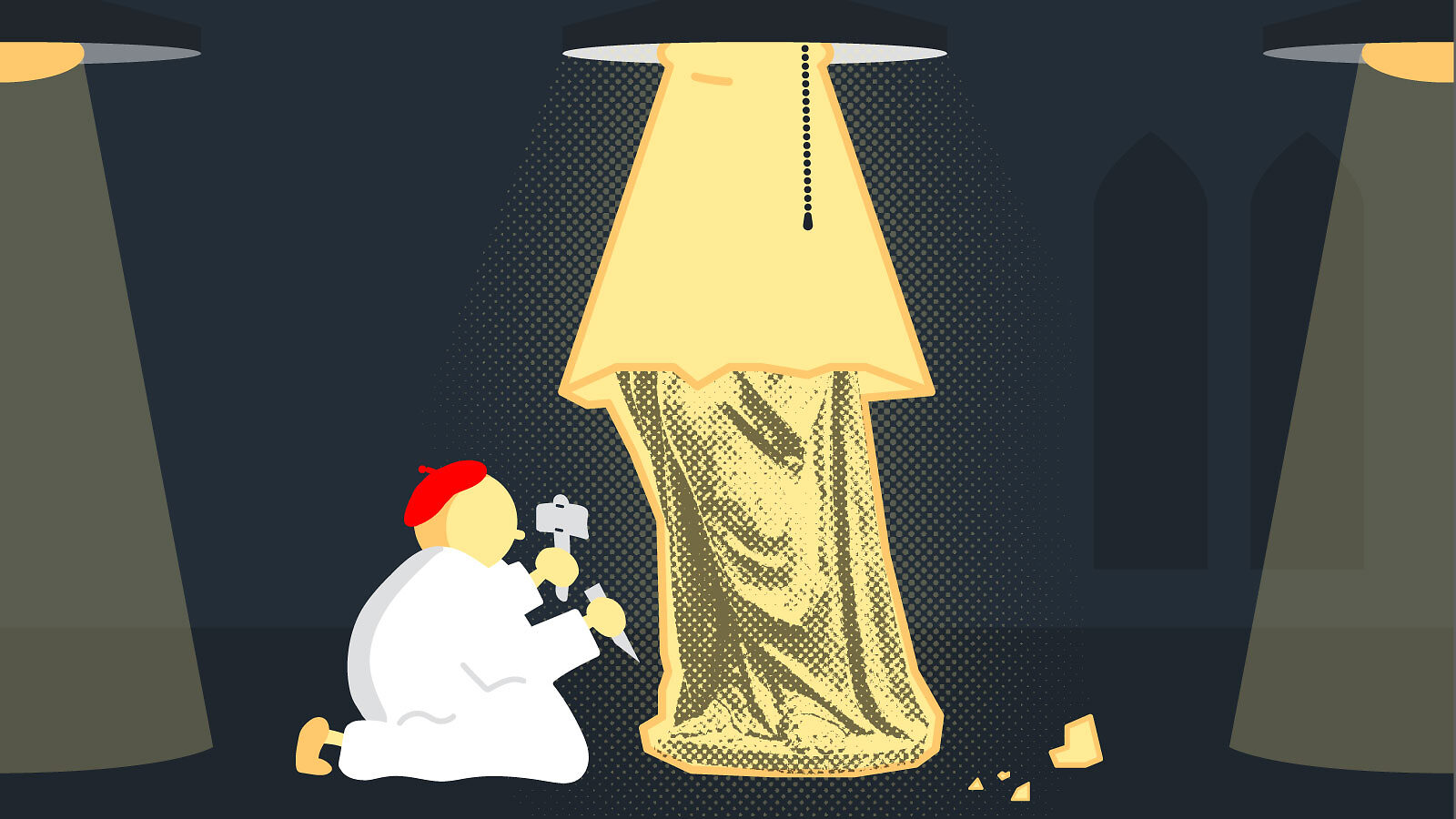 The Large Hadron Collider plays with Albert Einstein’s famous equation, E = mc², to transform matter into energy and then back into different forms of matter. But on rare occasions, it can skip the first step and collide pure energy—in the form of electromagnetic waves.

Last year, the ATLAS experiment at the LHC observed two photons, particles of light, ricocheting off one another and producing two new photons. This year, they’ve taken that research a step further and discovered photons merging and transforming into something even more interesting: W bosons, particles that carry the weak force, which governs nuclear decay.

This research doesn’t just illustrate the central concept governing processes inside the LHC: that energy and matter are two sides of the same coin. It also confirms that at high enough energies, forces that seem separate in our everyday lives—electromagnetism and the weak force—are united.

From massless to massive

If you try to replicate this photon-colliding experiment at home by crossing the beams of two laser pointers, you won’t be able to create new, massive particles. Instead, you’ll see the two beams combine to form an even brighter beam of light.

“If you go back and look at Maxwell’s equations for classical electromagnetism, you’ll see that two colliding waves sum up to a bigger wave,” says Simone Pagan Griso, a researcher at the US Department of Energy’s Lawrence Berkeley National Laboratory. “We only see these two phenomena recently observed by ATLAS when we put together Maxwell’s equations with special relativity and quantum mechanics in the so-called theory of quantum electrodynamics.”

Inside CERN’s accelerator complex, protons are accelerated close to the speed of light. Their normally rounded forms squish along the direction of motion as special relativity supersedes the classical laws of motion for processes taking place at the LHC. The two incoming protons see each other as compressed pancakes accompanied by an equally squeezed electromagnetic field (protons are charged, and all charged particles have an electromagnetic field). The energy of the LHC combined with the length contraction boosts the strength of the protons’ electromagnetic fields by a factor of 7500.

When two protons graze each other, their squished electromagnetic fields intersect. These fields skip the classical “amplify” etiquette that applies at low energies and instead follow the rules outlined by quantum electrodynamics. Through these new laws, the two fields can merge and become the “E” in E=mc².

“If you read the equation E=mc² from right to left, you’ll see that a small amount of mass produces a huge amount of energy because of the c² constant, which is the speed of light squared,” says Alessandro Tricoli, a researcher at Brookhaven National Laboratory—the US headquarters for the ATLAS experiment, which receives funding from DOE’s Office of Science. “But if you look at the formula the other way around, you’ll see that you need to start with a huge amount of energy to produce even a tiny amount of mass.”

The LHC is one of the few places on Earth that can produce and collide energetic photons, and it’s the only place where scientists have seen two energetic photons merging and transforming into massive W bosons.

A unification of forces

The generation of W bosons from high-energy photons exemplifies the discovery that won Sheldon Glashow, Abdus Salam and Steven Weinberg the 1979 Nobel Prize in physics: At high energies, electromagnetism and the weak force are one in the same.

Electricity and magnetism often feel like separate forces. One normally does not worry about getting shocked while handling a refrigerator magnet. And light bulbs, even while lit up with electricity, don’t stick to the refrigerator door. So why do electrical stations sport signs warning about their high magnetic fields?

At extremely high energies, electromagnetism combines with yet another fundamental force: the weak force. The weak force governs nuclear reactions, including the fusion of hydrogen into helium that powers the sun and the decay of radioactive atoms.

“Both photons and W bosons are force carriers, and they both carry the electroweak force,” Griso says. “This phenomenon is really happening because nature is quantum mechanical.”