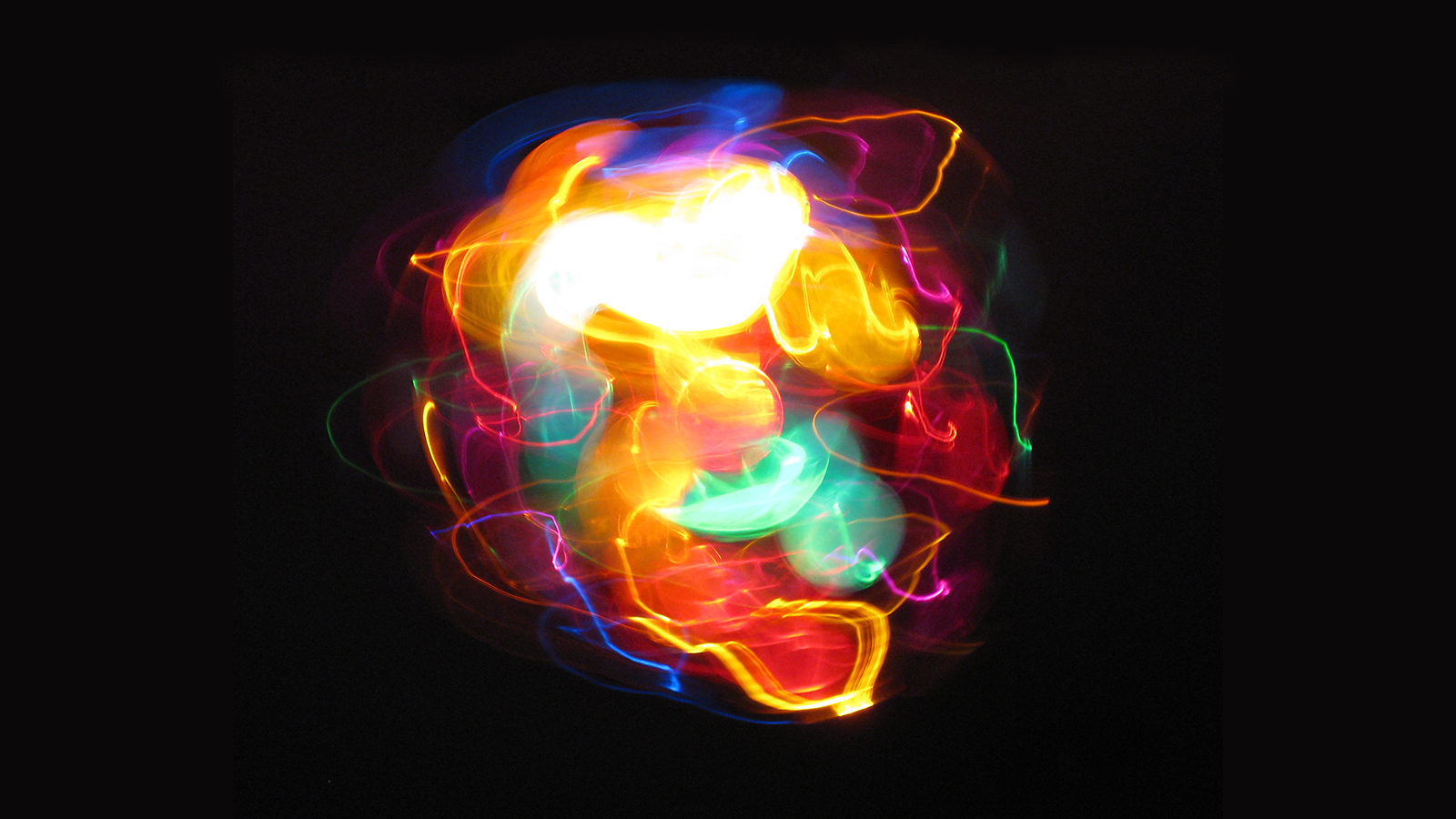 A collision of light

One of the latest discoveries from the LHC takes the properties of photons beyond what your electrodynamics teacher will tell you in class.

Professor Anne Sickles is currently teaching a laboratory class at the University of Illinois in which her students will measure what happens when two photons meet.

What they will find is that the overlapping waves of light get brighter when two peaks align and dimmer when a peak meets a trough. She tells her students that this is process called interference, and that—unlike charged particles, which can merge, bond and interact—light waves can only add or subtract.

Sickles is a collaborator on the ATLAS experiment at CERN and studies what happens when particles of light meet inside the Large Hadron Collider. For most of the year, the LHC collides protons, but for about a month each fall, the LHC switches things up and collides heavy atomic nuclei, such as lead ions. The main purpose of these lead collisions is to study a hot and dense subatomic fluid called the quark-gluon plasma, which is harder to create in collisions of protons. But these ion runs also enable scientists to turn the LHC into a new type of machine: a photon-photon collider.

“This result demonstrates that photons can scatter off each other and change each other’s direction,” says Peter Steinberg, and ATLAS scientist at Brookhaven National Laboratory.

When heavy nuclei are accelerated in the LHC, they are encased within an electromagnetic aura generated by their large positive charges.

As the nuclei travel faster and faster, their surrounding fields are squished into disks, making them much more concentrated. When two lead ions pass closely enough that their electromagnetic fields swoosh through one another, the high-energy photons which ultimately make up these fields can interact. In rare instances, a photon from one lead ion will merge with a photon from an oncoming lead ion, and they will ricochet in different directions.

However, according to Steinberg, it’s not as simple as two solid particles bouncing off each other. Light particles are both chargeless and massless, and must go through a quantum mechanical loophole (literally called a quantum loop) to interact with one another.

“That’s why this process is so rare,” he says. “They have no way to bounce off of each other without help.”

When the two photons see each other inside the LHC, they sometimes overreact with excitement and split themselves into an electron and positron pair. These electron-positron pairs are not fully formed entities, but rather unstable quantum fluctuations that scientists call virtual particles. The four virtual particles swirl into each other and recombine to form two new photons, which scatter off at weird angles into the detector.

When ATLAS first saw hints of this process in 2017, they had only 13 candidate events with the correct characteristics (collisions that resulted in two low-energy photons inside the detector and nothing else).

After another two years of data taking, they have now collected 59 candidate events, bumping this original observation into the statistical certainty of a full-fledged discovery.

Steinberg sees this discovery as a big win for quantum electrodynamics, a theory about the quantum behavior of light that predicted this interaction. “This amazingly precise theory, which was developed in the first half of the 20th century, made a prediction that we are finally able to confirm many decades later.”

Sickles says she is looking forward to exploring these kinds of light-by-light interactions and figuring out what else they could teach us about the laws of physics. “It’s one thing to see something,” she says. “It’s another thing to study it.”