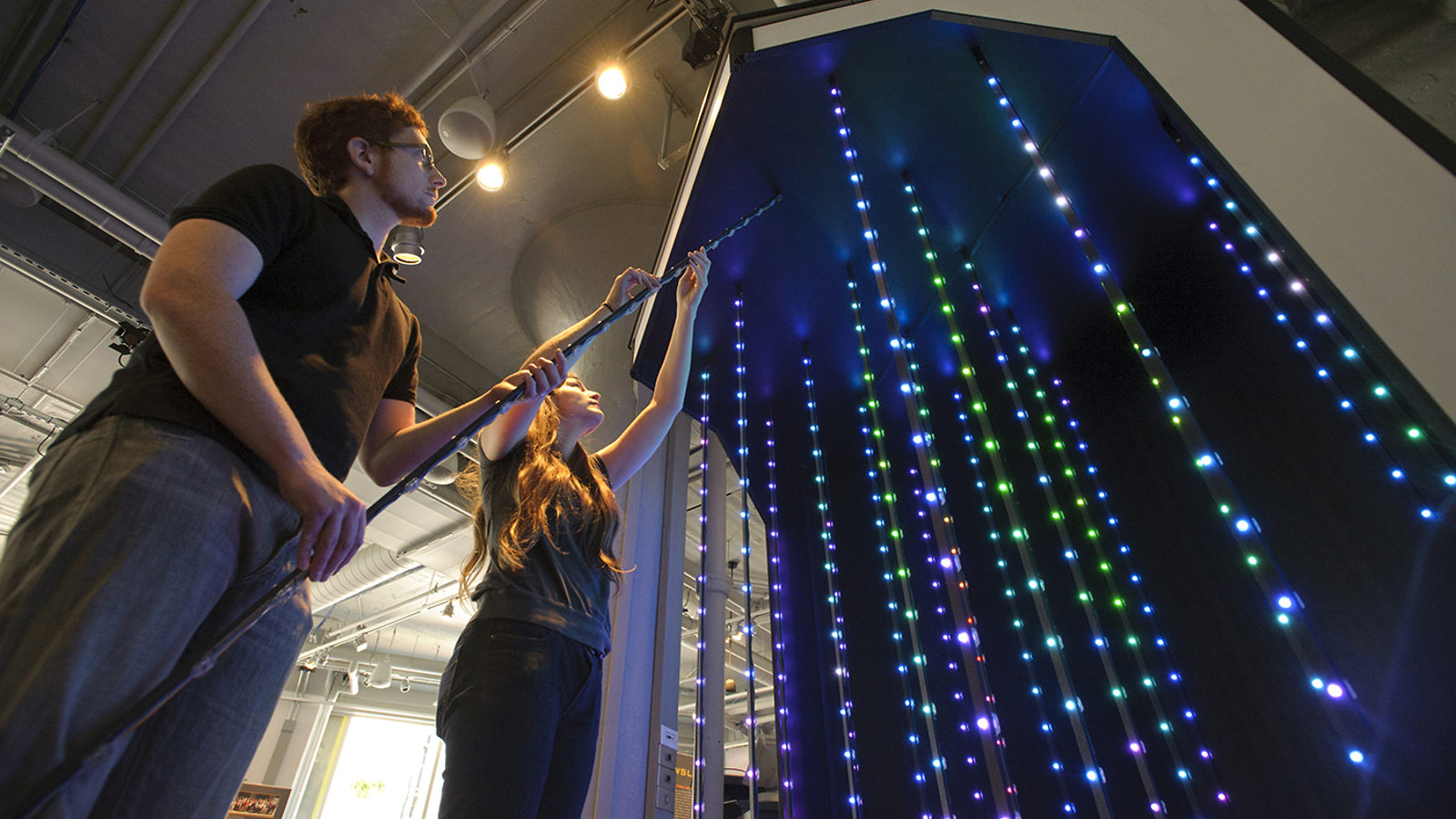 MIT teaches physics students about another side of scientific life—communication.

Most undergraduate physics classes are heavy on the problem sets. But there’s more to being a scientist than solving equations.

At the Massachusetts Institute of Technology, physicist Janet Conrad teaches physics majors about another side of the job: communication.

“In most technical classes, there is one correct answer to a problem,” says MIT graduating senior Arunima Balan.

Not so in Conrad’s communications intensive class. There, students practice writing grants, debating policy and even researching and writing articles for the general public.

“It turns out you can’t get away with not writing in a physics career,” says MIT alumna Fangfei Shen, who has been a teaching assistant for the class since it first began in 2010.

Throughout the class, Conrad introduces students to physicists with jobs inside and outside academia. She also teaches them about particle physics, a topic most of them might only study in graduate school, if ever.

In the latest class, students interviewed researchers and wrote articles about the many ways to study invisible particles called neutrinos.

“To write an article, you have to have the guts to pick up the phone and call someone you don’t know and ask questions about something that’s not your area of expertise,” Conrad says. Even if in the future the students wind up spending more time as interviewees than interviewers, she says, “I think it’s important for them to get on the other end of the process.”

Several of the students’ articles are collected on a website and in a booklet that will be used for public outreach in conjunction with Neutrino 2014, a conference that begins today in Boston. They also helped set up a neutrino-themed exhibit at the MIT Museum (pictured above).

“Physics is not just done in the lab,” says physics major and math minor Alexandra Day, who attends nearby Wellesley College, which allows students to cross-register for classes at MIT.

Conrad’s class seems to have left an impression on Day. Inspired by the experience, and with the help of a mentor and Wellesley's Albright Institute for Global Affairs, she secured a summer internship in CERN laboratory’s international relations office. In the fall, she will continue to learn about particle physics as Conrad’s student on the DAEδALUS neutrino experiment.