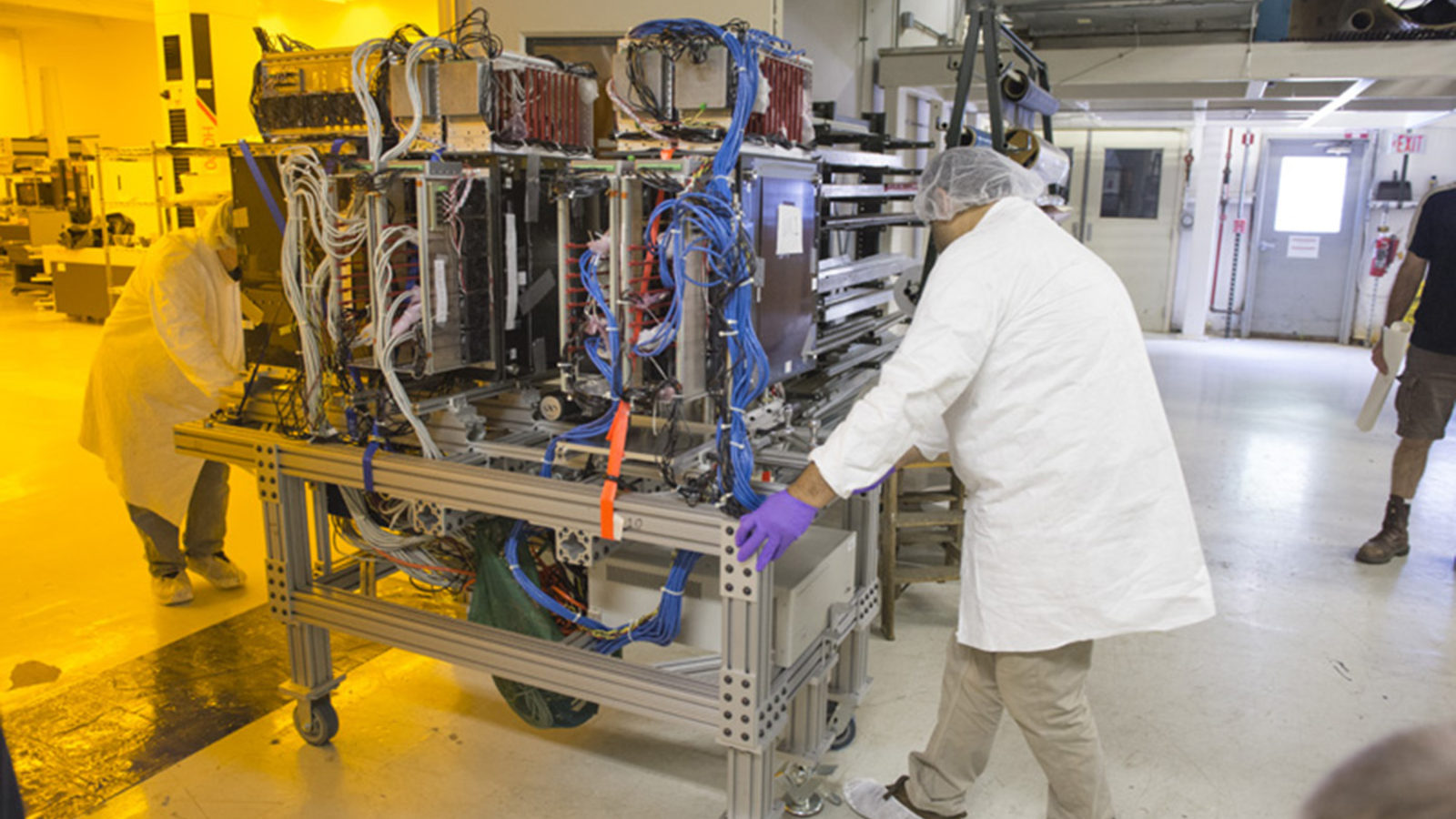 A prototype medical device developed by Fermilab and Northern Illinois University could someday reduce the amount of radiation delivered to healthy tissue in a patient undergoing cancer treatment.

To create a custom treatment plan for each proton therapy patient, radiation oncologists currently use X-ray CT scanners to develop 3-D images of patient anatomy, including the tumor, to determine the size, shape and density of all organs and tissues in the body. To make sure all the tumor cells are irradiated to the prescribed dose, doctors often set the targeting volume to include a minimal amount of healthy tissue just outside the tumor.

Collaborators believe that the prototype proton CT, which is essentially a particle detector, will provide a more precise 3-D map of the patient anatomy. This allows doctors to more precisely target beam delivery, reducing the amount of radiation to healthy tissue during the CT process and treatment.

“The dose to the patient with this method would be lower than using X-ray CTs while getting better precision on the imaging,” says Fermilab’s Peter Wilson, associate head for engineering and support in the particle physics division.

Fermilab became involved in the project in 2011 at the request of NIU’s high-energy physics team because of the laboratory’s detector building expertise.

The project’s goal was a tall order, Wilson explains. The group wanted to build a prototype device, imaging software and computing system that could collect data from 1 billion protons in less than 10 minutes and then produce a 3-D reconstructed image of a human head, also in less than 10 minutes. To do that, they needed to create a device that could read data very quickly, since every second data from 2 million protons would be sent from the device—which detects only one proton at a time—to a computer.

“The new prototype CT is a good example of the technical expertise of our staff in detector technology. Their expertise goes back 35 to 45 years and is really what makes it possible for us to do this,” Wilson says.

In the prototype CT, protons pass through two tracking stations, which track the particles’ trajectories in three dimensions. The protons then pass through the patient and finally through two more tracking stations before stopping in the energy detector, which is used to calculate the total energy loss through the patient. Devices called silicon photomultipliers pick up signals from the light resulting from these interactions and subsequently transmit electronic signals to a data acquisition system.

Scientists use specialized software and a high-performance computer at NIU to accurately map the proton stopping powers in each cubic millimeter of the patient. From this map, visually displayed as conventional CT slices, the physician can outline the margins, dimensions and location of the tumor.

Elements of the prototype were developed at both NIU and Fermilab and then put together at Fermilab. NIU developed the software and computing systems. The teams at Fermilab worked on the design and construction of the tracker and the electronics to read the tracker and energy measurement. The scintillator plates, fibers and trackers were also prepared at Fermilab. A group of about eight NIU students, led by NIU’s Vishnu Zutshi, helped build the detector at Fermilab.

“A project like this requires collaboration across multiple areas of expertise,” says George Coutrakon, medical physicist and co-investigator for the project at NIU. “We’ve built on others’ previous work, and in that sense, the collaboration extends beyond NIU and Fermilab.”