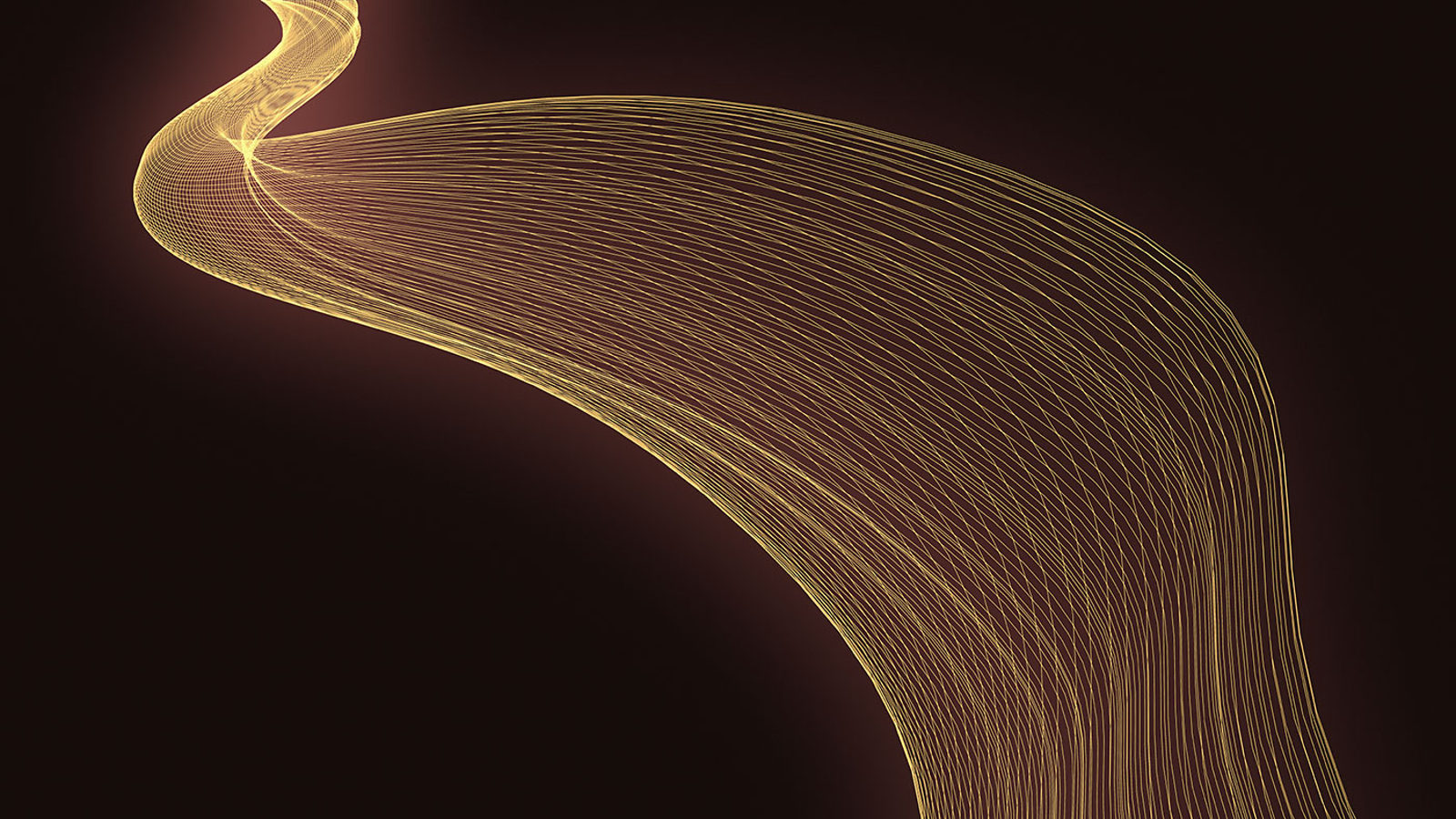 Sixteen years after graduating as a nuclear physicist, following a long period of working as a digital designer and educator, Andres Wanner again immersed himself in a physics environment at TRIUMF, Canada’s national laboratory for particle and nuclear physics. Midway through a second Masters degree in Visual Arts, he was curious to revisit his scientific past from a different, artistic perspective.

With the support of his supervisor, Ingrid Koenig, an artist who often engages in conversation with scientists, Wanner had the opportunity to spend 12 weeks as a resident artist exploring the “heart” of TRIUMF: the world’s largest cyclotron, a giant machine accelerating a beam of protons used for experiments and medical treatments. He decided use available data to create a visual representation of the cyclotron's particle beam, and wrote about his process for symmetry.

My art deals with technological precision, uncertainties and errors—areas all relevant to TRIUMF’s cyclotron. Once again stationed at the laboratory, excited about the prospect of working with such a big machine, I began a digital data visualization project aimed at translating the particle beam’s properties—with a focus on its inaccuracies and fluctuations—into aesthetic imagery.

I was given a desk in the theory students’ workroom, as well as access to both the electronic data that describes the particle beam and, most importantly, the TRIUMF operators who are responsible for maintaining the beam and keeping it on track with micrometer precision. I was given free access to the tremendous amount of data generated to this end: position, width, height and shape profiles of the particle beam at different points along its course, recorded in 5 minute intervals and ranging back several years.

Using visualization software called Processing, I started producing speculative pictures based on this data: What kind of traces would the beam leave, if it were used as a recording tool or if its motions were traced on a photosensitive plate? Of course, that was a hypothetical question, as the beam is invisible, enclosed within vacuum tubes into which no human gaze can enter. Yet it’s a natural question to ask.

In hallway conversations, I asked how people imagined the beam—scientists, operators, communication professionals, students and visitors—everyone had mental images, sometimes based on science, in other cases alluding to science-fiction images of laser beams or starship fuses. I learned that the beams’ focus alternates between horizontal and vertical, resulting in a spiral ribbon shape. If the beam were immersed in air, it would indeed glow like a Star-Trek laser beam. Informed speculations about its color ranged from white—a mix of all color wavelengths—to red—the scientific convention for representing the positively charged proton.

Expanding on these informal conversations, I conducted an anonymous survey on how the TRIUMF community imagined the beam. The survey revealed more imaginative mental images varying between blue, violet, beige, golden or “colorless” beams, while most agreed that they envision a bright “intense glow.” People described the shape and texture of the beam as a “very thin, very straight, bright thread,” “rigid wire,” “series of collimated red dots,” or compared it to “bunches of protons making racecar sounds” or “flying smarties.”

I also sourced images from pop-culture, observing that beams are often represented as glowing in intense saturated colors. They are usually depicted with sharp, defined edges, sometimes surrounded by a glowing halo. Typically straight, thin and focused, but occasionally in zigzag or other shapes, they can be slightly transparent and sometimes possess an inner texture or structure.

Inspired and informed by all these sources, I developed the series “Hypothetical Beam,” which represents the irregular shape of the beam, amplified but based on actual data. It implements the characteristic glow prevalent in my research outcomes, while actual beam data was used as a base for developing these new and surprising shapes.