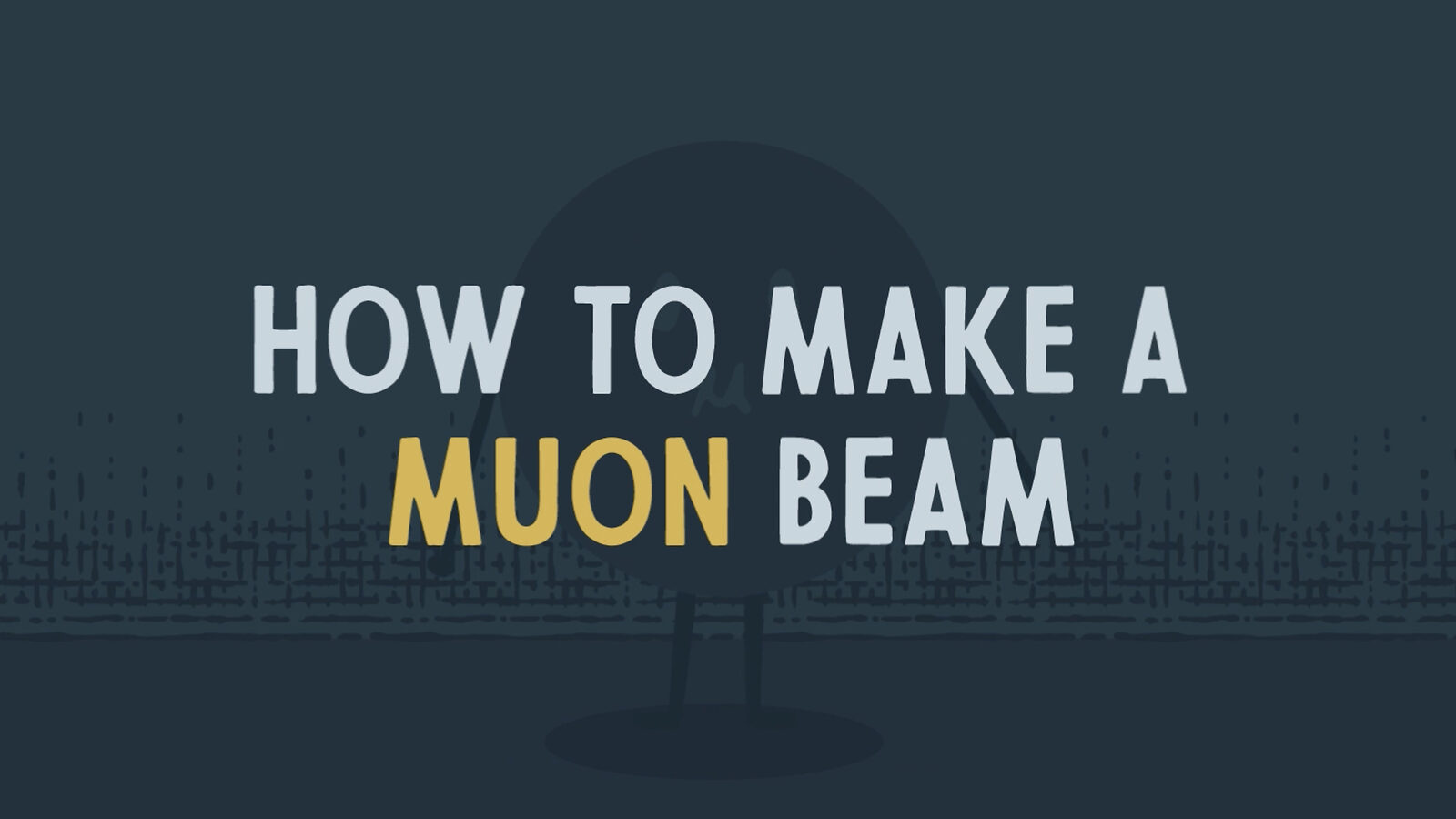 Muons are having a moment. This heavy cousin of the electron made headlines in 2021 when researchers found the particles behaving in ways they didn’t expect. Their movements were not predicted by the Standard Model of particle physics, our best theory about how the subatomic world works.

The takeaway? Either the muon is affected by a potential new particle or force that lurks out of sight, or we’re poised to learn something new about one of the particles or forces we already know and love.

Only time will tell. Scientists on the Muon g-2 experiment, hosted by the US Department of Energy’s Fermi National Accelerator Laboratory, continue to gather data and build on their 2021 result.

The precision experiment requires studying the behavior of billions of muons. The particles circulate through a 50-foot-diameter magnetic storage ring, providing data about what’s happening at the tiniest scales. To produce the sheer quantity of muons required, scientists turn to Fermilab’s particle accelerator complex.

To create muons, accelerator operators at Fermilab send trillions of protons through a series of sophisticated machines, starting with the linear accelerator. It feeds into the Booster, which accelerates the protons from 400 megaelectronvolts to 8 gigaelectronvolts, close to the speed of light. From there, the protons are directed into the Recycler, where the beam is diced into experimentally useful groups called bunches.

About 10 times every second (on average), the bunches of protons smash into a target made of nickel alloy. The collision creates particles called pions. As the pions travel to the experimental hall, they decay into muons and other subatomic particles. A final round of particle selection using magnets prepares the muon beam, which travels along a transport line and into the Muon g-2 experiment.

As the muons travel in the experiment’s magnetic field, they interact with virtual particles, popping in and out of the not-so-empty vacuum of space. Studying how the muons behave allows scientists to rigorously test the Standard Model and see whether the muons are interacting with something they didn’t predict.

Muon g-2’s first result looked at 8 billion muons, only 6% of the total number the experiment will examine at Fermilab. Researchers are currently conducting their fifth experimental run, with plans to switch the polarities of all the experimental magnets and begin collecting data next year using oppositely charged muons.