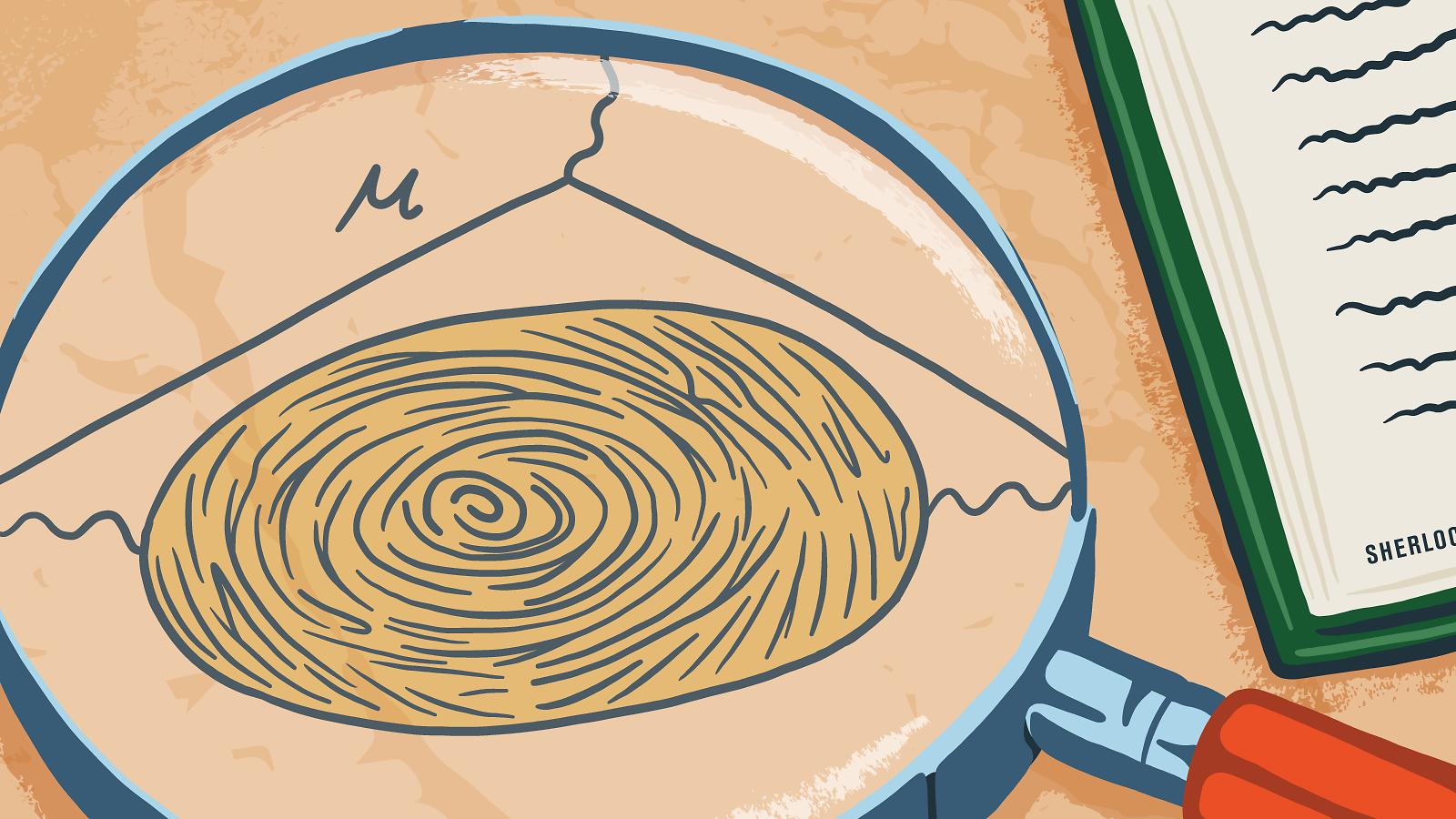 And for both physicists and detectives, momentous discoveries can hinge upon Sherlock Holmes-level deductions based on evidence that is easy to overlook. Case in point: the Muon g-2 experiment currently underway at the US Department of Energy’s Fermi National Accelerator Laboratory.

The current Muon g-2 (pronounced g minus two) experiment is actually a sequel, an experiment designed to reexamine a slight discrepancy between theory and the results from an earlier experiment at Brookhaven National Laboratory, which was also called Muon g-2.

The discrepancy could be a sign that new physics is afoot. Scientists want to know whether the measurement holds up… or if it’s nothing but a red herring.

The Fermilab Muon g-2 collaboration has announced it will present its first result on April 7. Until then, let’s unpack the facts of the case. 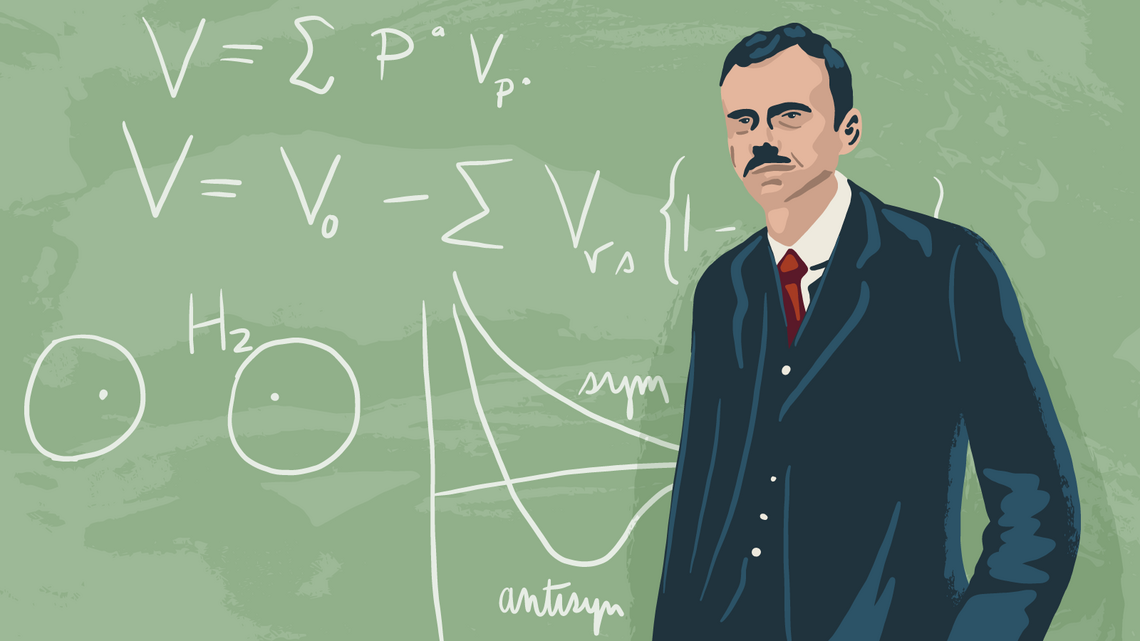 All spinning, charged objects—including muons and their better-known particle siblings, electrons—generate their own magnetic fields. The strength of a particle’s magnetic field is referred to as its “magnetic moment” or its “g-factor.” (That’s what the “g” part of “g-2” refers to.)

Spectroscopy experiments in the 1920s (before the discovery of muons in 1936) revealed that the electron has an intrinsic spin and a magnetic moment. The value of that magnetic moment, g, was found experimentally to be 2. As for why that was the value—that mystery was soon solved using the new but fast-growing field of quantum mechanics.

In 1928, physicist Paul Dirac—building upon the work of Llewelyn Thomas and others—produced a now-famous equation that combined quantum mechanics and special relativity to accurately describe the motion and electromagnetic interactions of electrons and all other particles with the same spin quantum number. The Dirac equation, which incorporated spin as a fundamental part of the theory, predicted that g should be equal to 2, exactly what scientists had measured at the time.

But as experiments became more precise in the 1940s, new evidence came to light that reopened the case and led to surprising new insights about the quantum realm. 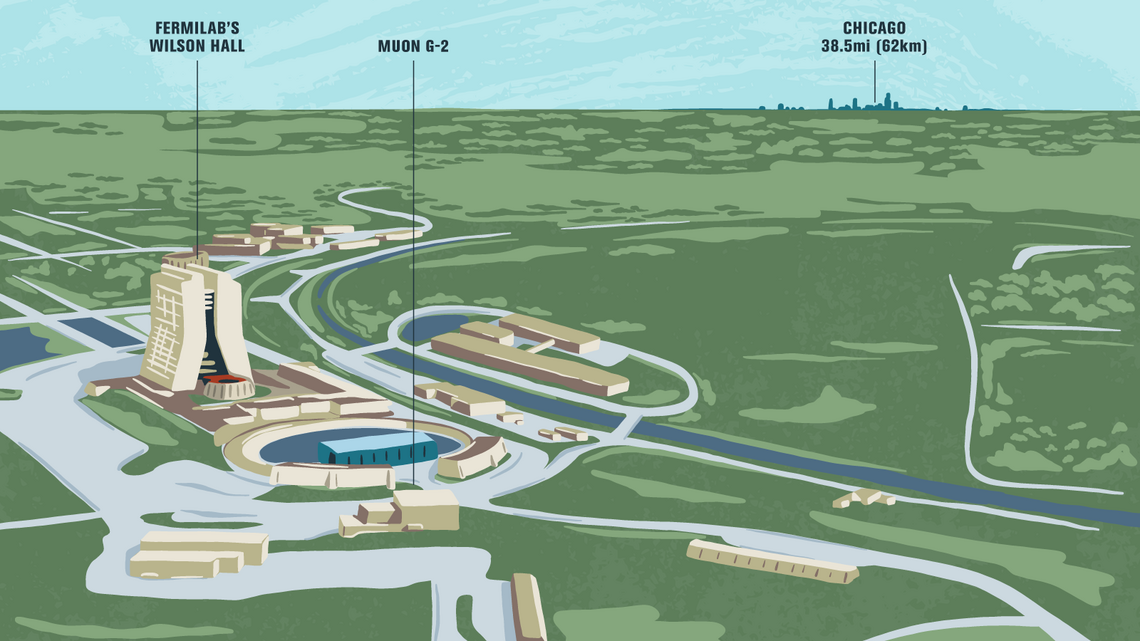 A conspiracy of particles

The electron, it turned out, had a little bit of extra magnetism that Dirac’s equation didn’t account for. That extra magnetism, mathematically expressed as “g-2” (or the amount that g differs from Dirac’s prediction), is known as the “anomalous magnetic moment.” For a while, scientists didn’t know what caused it.

If this were a murder mystery, the anomalous magnetic moment would be sort of like an extra fingerprint of unknown provenance on a knife used to stab a victim—a small but suspicious detail that warrants further investigation and could unveil a whole new dimension of the story.

Physicist Julian Schwinger explained the anomaly in 1947 by theorizing that the electron could emit and then reabsorb a “virtual photon.” The fleeting interaction would slightly boost the electron’s internal magnetism by a tenth of a percent, the amount needed to bring the predicted value into line with the experimental evidence. But the photon isn’t the only accomplice.

Over time, researchers discovered that there was an extensive network of “virtual particles” constantly popping in and out of existence from the quantum vacuum. That’s what had been messing with the electron’s little spinning magnet.

The anomalous magnetic moment represents the simultaneous combined influence of every possible effect of those ephemeral quantum conspirators on the electron. Some interactions are more likely to occur, or are more strongly felt than others, and they therefore make a larger contribution. But every particle and force in the Standard Model takes part.

The theoretical models that describe these virtual interactions have been quite successful in describing the magnetism of electrons. For the electron’s g-2, theoretical calculations are now in such close agreement with the experimental value that it’s like measuring the circumference of the Earth with an accuracy  smaller than the width of a single human hair.

All of the evidence points to quantum mischief perpetrated by known particles causing any magnetic anomalies. Case closed, right?

Not quite. It’s now time to hear the muon’s side of the story. 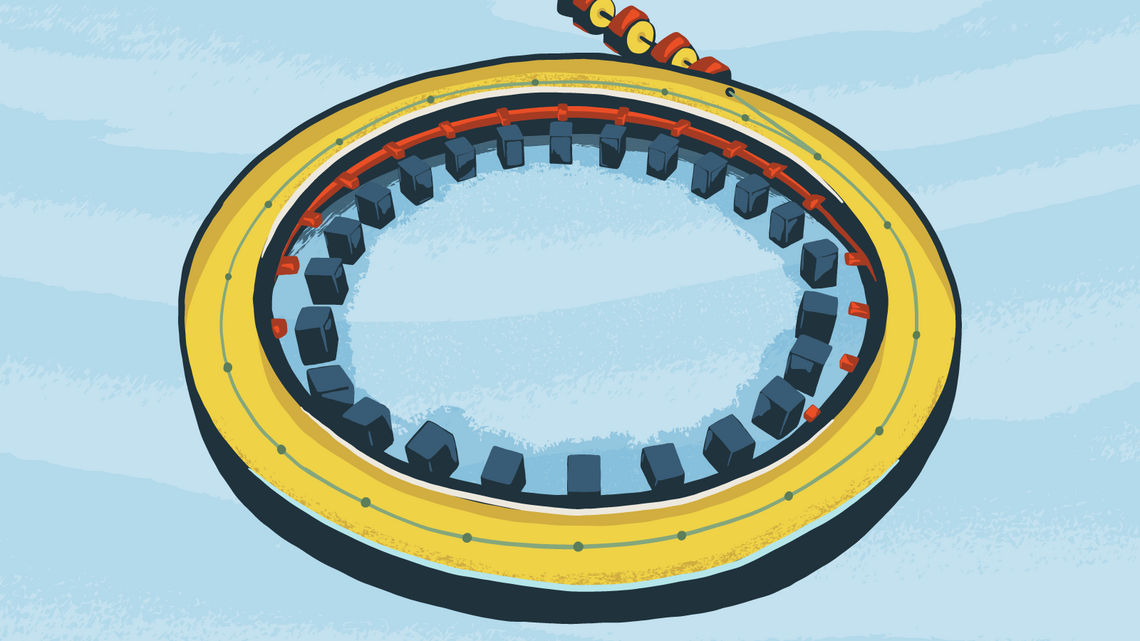 Not a hair out of place—or is there?

Early measurements of the muon’s anomalous magnetic moment at Columbia University in the 1950s and at the European physics laboratory CERN in the 1960s and 1970s agreed well with theoretical predictions. The measurement’s uncertainty shrank from 2% in 1961 to 0.0007% in 1979. It looked as if the same conspiracy of particles that affected the electron’s g-2 were responsible for the magnetic moment of the muon as well.

But then, in 2001, the Brookhaven Muon g-2 experiment turned up something strange. The experiment was designed to increase the precision from the CERN measurements and look at the weak force’s contribution to the anomaly. It succeeded in shrinking the error bars to half a part per million. But it also showed a tiny discrepancy—less than 3 parts per million—between the new measurement and the theoretical value. This time, theorists couldn’t come up with a way to recalculate their models to explain it. Nothing in the Standard Model could account for the difference.

It was the physics mystery equivalent of a single hair found at a crime scene with DNA that didn’t seem to match anyone connected to the case. The question was—and still is—whether the presence of the hair is just a coincidence, or whether it is actually an important clue.

Physicists are now re-examining this “hair” at Fermilab, with support from the DOE Office of Science, the National Science Foundation and several international agencies in Italy, the UK, the EU, China, Korea and Germany.

In the new Muon g-2 experiment, a beam of muons—their spins all pointing the same direction—are shot into a type of accelerator called a storage ring. The ring’s strong magnetic field keeps the muons on a well-defined circular path. If g were exactly 2, then the muons’ spins would follow their momentum exactly. But, because of the anomalous magnetic moment, the muons have a slight additional wobble in the rotation of their spins.

When a muon decays into an electron and two neutrinos, the electron tends to shoot off in the direction that the muon’s spin was pointing. Detectors on the inside of the ring pick up a portion of the electrons flung by muons experiencing the wobble. Recording the numbers and energies of electrons they detect over time will tell researchers how much the muon spin has rotated.

The experiment may confirm the existence of the discrepancy; it may find no discrepancy at all, pointing to a problem with the Brookhaven result; or it may find something in between, leaving the case unsolved. 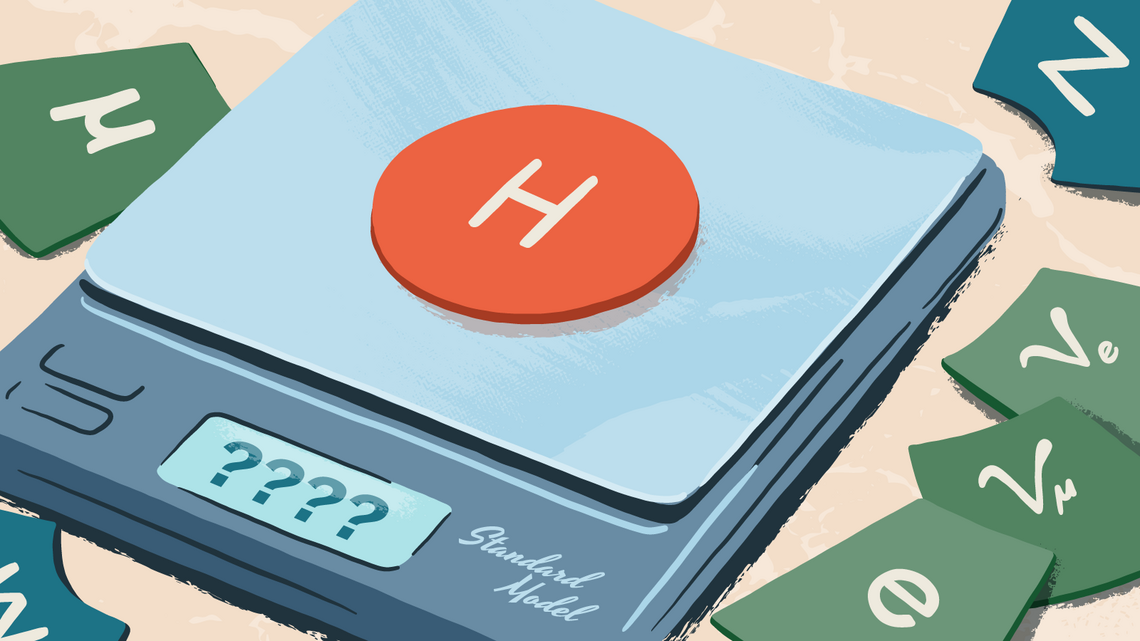 There’s reason to believe something is going on that the Standard Model hasn’t told us about.

The Standard Model is a remarkably consistent explanation for pretty much everything that goes on in the subatomic world. But there are still a number of unsolved mysteries in physics that it doesn’t address.

Dark matter, for instance, makes up about 27% of the universe. And yet, scientists still have no idea what it’s made of. None of the known particles seem to fit the bill. The Standard Model also can’t explain the mass of the Higgs boson, which is surprisingly small. If the Fermilab Muon g-2 experiment determines that something beyond the Standard Model—for example an unknown particle—is measurably messing with the muon’s magnetic moment, it may point researchers in the right direction to close another one of these open files.

A confirmed discrepancy won’t actually provide DNA-level details about what particle or force is making its presence known, but it will help narrow down the ranges of mass and interaction strength in which future experiments are most likely to find something new. Even if the discrepancy fades, the data will still be useful for deciding where to look.

It might be that a shadowy quantum figure lurking beyond the Standard Model is too well hidden for current technology to detect. But if it’s not, physicists will leave no stone unturned and no speck of evidence un-analyzed until they crack the case.