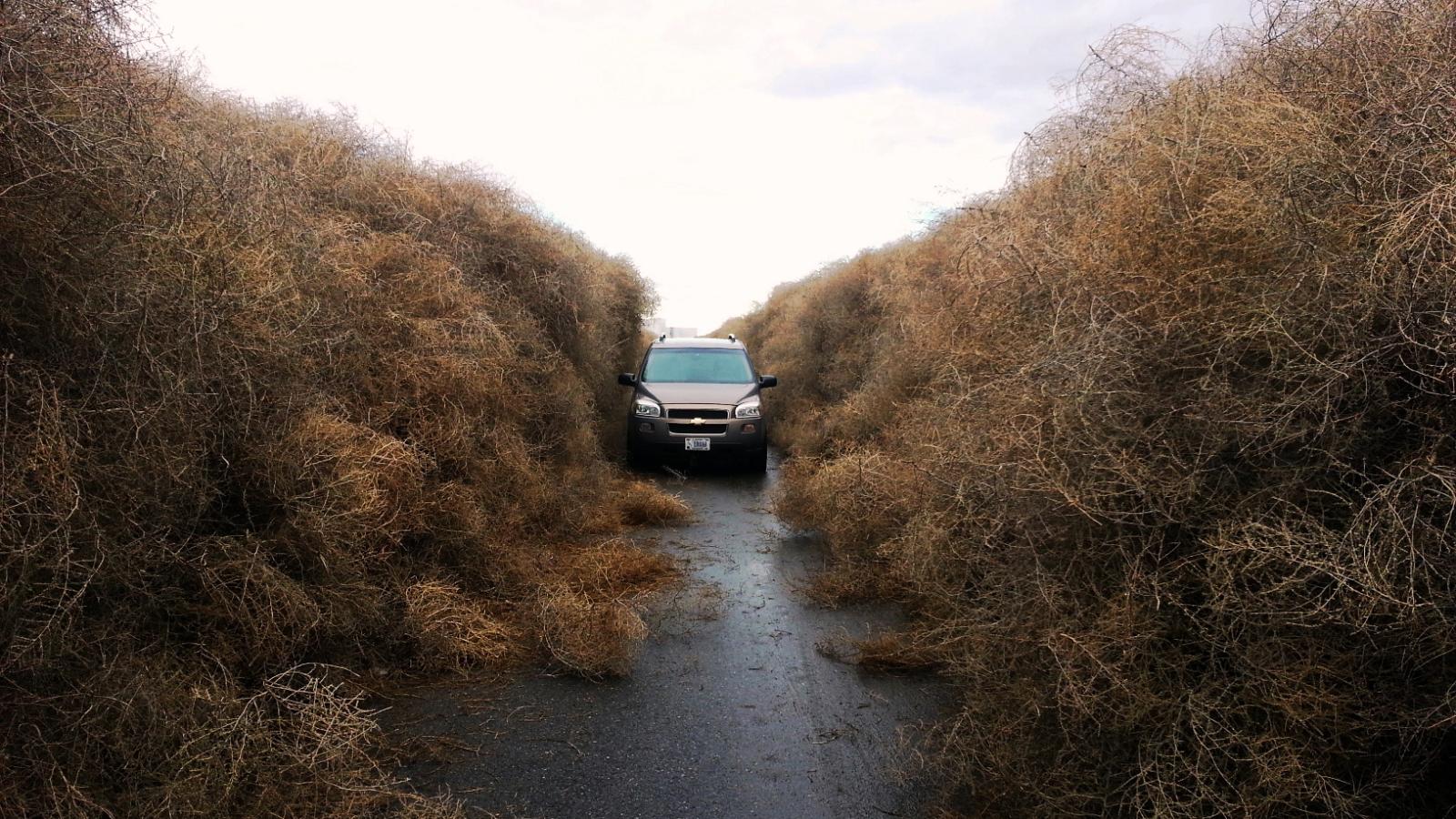 Glynn “Bubba” Gateley is not a physicist. And yet, the first thing he does upon waking is check on a physics experiment. The tablet he takes home from work provides constant updates about the HVAC system at the Laser Interferometer Gravitational-wave Observatory, or LIGO Hanford Observatory, in Richland, Washington.

Before heading to work, Gateley checks his phone to make sure he hasn’t missed any calls about tumbleweeds, porcupines, ravens, or any other desert-dwellers that cause trouble for the LIGO facility.

“There’s definitely some interesting situations out here, to say the least.”

Along with its twin site in Livingston, Louisiana, LIGO Hanford Observatory—funded by the National Science Foundation—detects gravitational waves. In fact, in 2015 this pair of identical detectors were the first to confirm the existence of these ripples in spacetime caused by cataclysmic astronomical events billions of light-years away.

The detectors at both LIGO locations are L-shaped structures with two 2.5-mile-long arms. Minute movements of sensitive instruments inside of these arms indicate the arrival of gravitational waves, which carry information about the events that created them, such as exploding supernovae, merging black holes, and colliding neutron stars.

LIGO Hanford Observatory lives in a unique environment. The low seismic activity of Richland makes it a quiet place optimal for detecting weak signals. But a trifecta of vacillating temperatures, persistent flora and resourceful fauna make it a challenge to maintain the delicate equipment scientists use to do it.

As the observatory’s facilities manager since 2014, Gateley is one of the people that must face this challenge. With his small staff of six, he is responsible for most of the facility’s logistics, including water, electricity, roadways, cleaning, and the aforementioned HVAC system.

“I keep the facility functional and operational for pretty much everything but the instrument itself,” he says. “There’s definitely some interesting situations out here, to say the least.” 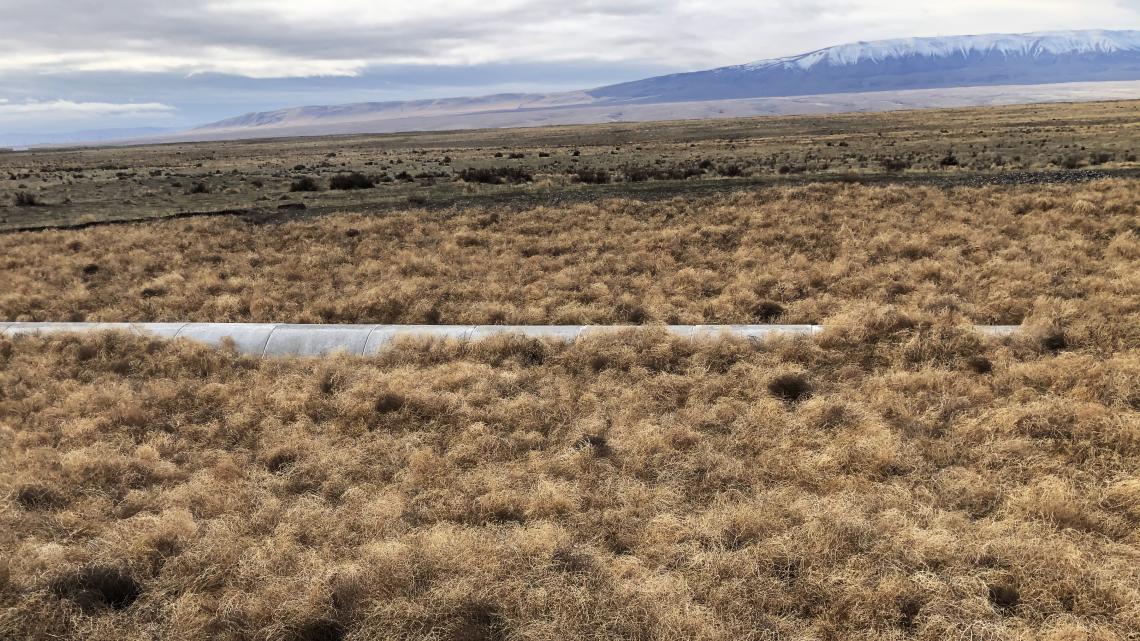 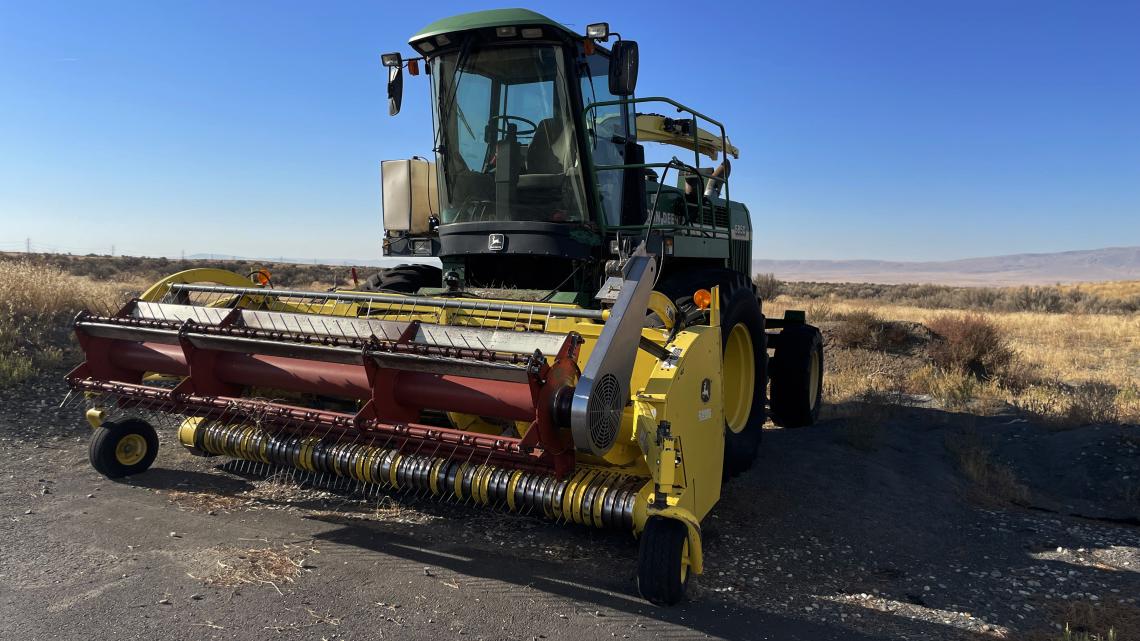 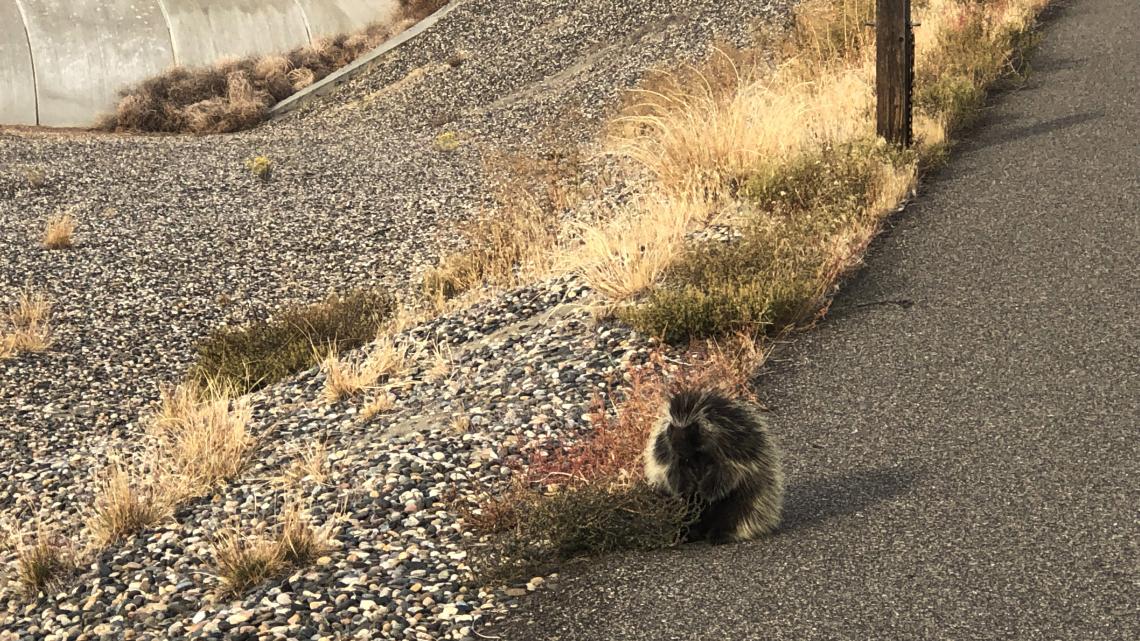 Beating the heat (and the cold)

“Usually when people think of Washington, they think of the rainforests of the Pacific Northwest, right in Seattle. That’s not the case in Richland,” says Michael Landry, head of LIGO Hanford Observatory and a physicist at the California Institute of Technology. “It’s starkly beautiful.”

Of course, deserts mean hot temperatures. In the summer, many days in Richland are over 100 degrees Fahrenheit, sometimes reaching 118. But at night, the temperature can drop significantly. And in colder months of the year, it can plummet to zero. There are even snow days.

These extreme swings in temperature outside make it difficult to maintain the temperature inside the large vacuum equipment areas of LIGO, which must be kept right around 67 degrees Fahrenheit.

“If the temperature starts varying too much in the vacuum equipment areas, then the optics for the instrument start changing drastically and the scientists get upset,” Gateley says. “And then I get a lot of calls.”

To keep the temperature steady, he does a lot of monitoring, fine-tuning, and finessing of the HVAC system. That’s why every day starts with Gateley checking its status.

Tumbling a wall of weeds

While temperature control is a 24/7 concern, Gateley also regularly grapples with another hallmark of the desert, tumbleweeds.

A single tumbleweed may look innocuous enough, but at LIGO Hanford Observatory, these dust bunnies of the wild west are a nuisance. “Tumbleweeds are one of our biggest natural challenges,” Gateley says.

Tumbleweeds are actually plants that have evolved to dry out, detach from their root system and spread their seeds as they roll along. Strong desert winds blow these desiccated plant balls into the arms of the observatory’s detector, where they get stuck. They build up quickly, forming walls that can be 10 feet tall.

These tumble-walls clog the 2.5-mile-long roads that run along the arms, completely blocking the detector.

However, the tanks along the detector’s arms need to be accessed on a weekly basis. The tanks hold liquid nitrogen running minus 320 degrees Fahrenheit, which the detector needs to ensure its arms are under vacuum.

To clear these roads for the semitruck delivering liquid nitrogen, the observatory’s maintenance staff used to bale these tumbleweeds like hay, feeding the baler by hand. “It was a very slow process,” Gateley says. “I got to thinking and thinking, trying to figure out some way to expedite that.”

Eventually, he thought of farm equipment. Specifically, a harvester, which drives through fields of corn or wheat and pulls up stalks.

But if you drive a harvester into a tumbleweed, it just pushes it forward. So five years ago, Gateley purchased a harvester and added a modified hay reel to the front, creating the LIGO Franken-harvester.

Its tined wheel grabs tumbleweeds and pulls them into the threshing cylinder, which grinds them up and shoots them out. “With the harvester we can drive down the road ten times faster than the baler ever could,” Gateley says.

Plants aren’t the only organisms that have required Gateley to get innovative with his job. In addition to being an HVAC expert, tumbleweed destroyer, and general handyman, Gateley also has to contend with the desert’s animal inhabitants. There are many different creatures roaming the grounds of LIGO Hanford Observatory. Some of these, like coyotes and deer, do no harm. Others cause trouble.

Gateley has removed venomous scorpions and spiders from buildings. He has repaired rabbit-chewed wires. And he has evicted porcupines who took to snoozing on top of a trellis next to a building on the observatory’s campus.

Porcupines would climb the wisteria vines threaded through the trellis and fall asleep at the top. Although the animals are nocturnal, when daytime public tours departed from the building it sometimes woke the porcupines up, at which point they relieved themselves before settling back to sleep.

Luckily, Gateley noticed incriminating stains on the concrete before any passers-by received an unpleasant surprise from above.

At first, he just tried to shoo the porcupines away, but they returned undeterred. So, again, Gateley turned to another field for a solution. This time, it was shipping.

Workers attach disks to ropes that tie boats to docks to prevent rats from using them to board. “I made some of those and clamped them around the wisteria vines so the porcupines couldn't climb up there,” Gateley says.

Another animal, however, has proved more bothersome. Ravens have ripped seals out of windows on brand-new buildings, and even caused glitches in the detector during one hot summer when they pecked on the ice that builds up on the liquid nitrogen tubes.

The birds also started pecking out the caulk that joins the concrete sections enclosing the detector arms. The holes they created let rainwater leak through. “It doesn’t rain much here, but we don't like any moisture to get under there because it could eventually create issues,” Gateley says.

A biologist helped him figure out what the ravens were trying to do: reach mice underneath the concrete enclosure. So Gateley covered the caulk with thin aluminum metal strips.

“It deterred them somewhat,” he says. “I hesitate to say it stopped them completely.”

Despite all of the trouble it creates for him, Gateley says he much prefers the desert to the climate of Louisiana, home of the other LIGO detector, where he coincidentally grew up.

“I do not miss the humidity,” he says. “And the desert is intriguing.”

Although he’s lived near Richland for over 40 years now, Gateley says he never knows what the desert will throw at him next. History suggests he’ll be able to figure out a solution anyway.

“It's one of the most challenging jobs I've ever had,” he says. “But definitely the most interesting. I enjoy it immensely.”