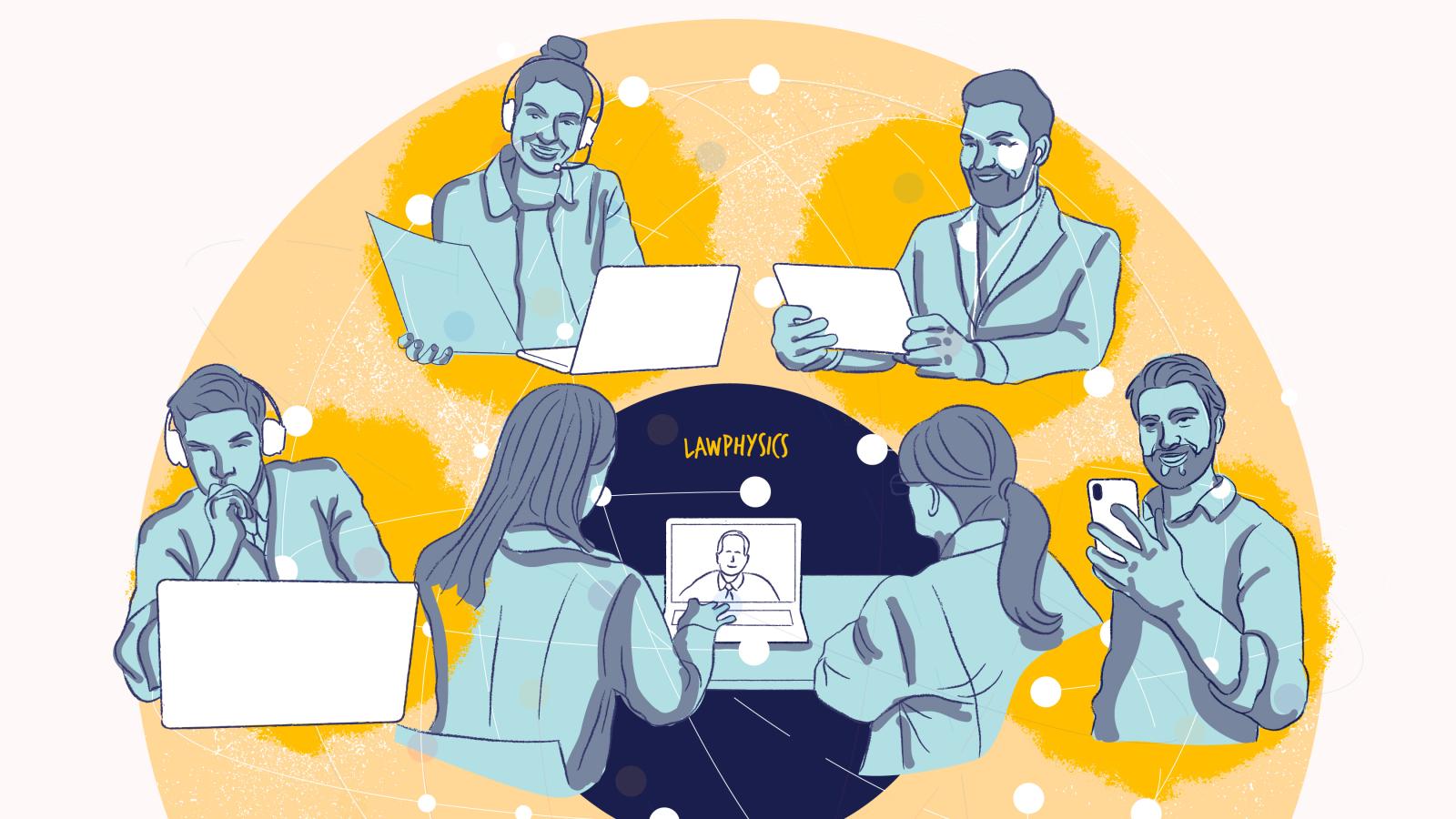 In 1989 when a researcher finished a scientific paper, they would print multiple copies and physically mail them out to other research institutions. The fastest way a scientist could share data they collected was to save it to tape and ship it.

That year CERN scientist Tim Berners-Lee came up with the idea to create a World Wide Web, to give scientists around the globe better access to the information that makes science happen.

Although it has branched out in millions of different directions in the last three decades, the web continues to serve that original purpose—including recently for a group of researchers in Latin America looking for a new way to participate in scientific discourse. 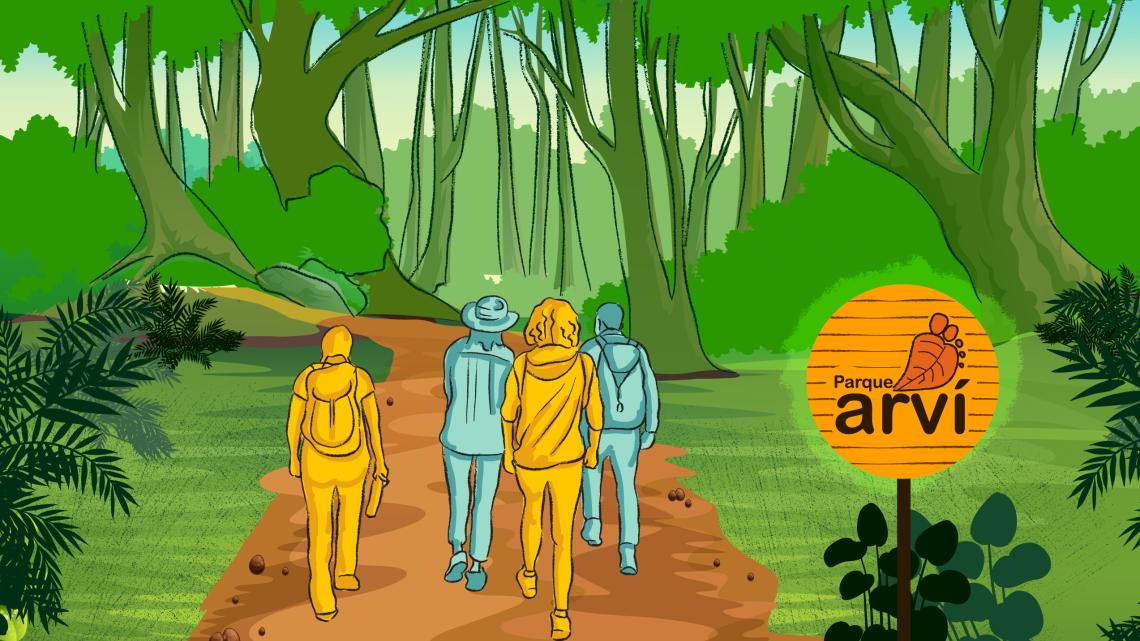 In June 2005 Chilean physicist Roberto Lineros defended his master’s thesis at Pontifical Catholic University in Chile. Soon after, he moved to Italy to pursue a PhD at the University of Torino. He noticed that he seemed to have jumped from one world to another.

“As soon as I moved to Europe, I lost contact with what was happening in Chile,” he says.

He completed his doctorate in 2008 and continued working in Europe as a postdoctoral researcher for several years before returning to Chile in 2018. He is now an assistant professor at the Catholic University of the North in Chile.

But as a postdoc in November 2014, he attended the 10th Latin American Symposium of High-Energy Physics (SILAFAE) in Medellin, Colombia.

An optional social activity the conference organized was a hike in Arví Park, a nature preserve covering about 40,000 acres of land a little over an hour’s drive northeast of the city. Lineros boarded a bus to the park with fellow postdocs from Brazil, Colombia, Peru and Chile, along with one enterprising visitor from Belgium.

It turned out to be a memorable outing, in more ways than one.

“It was quite funny, because they told us that it was just a light walk in the park,” Lineros says. “And then it was a very hard kind of trekking in the middle of the jungle.”

Lineros spoke with his fellow hikers—Nicolás Bernal, Federico von der Pahlen, Joel Jones-Pérez and Diego Restrepo—about the scientific isolation he felt as a researcher in Chile. He said it was difficult to find opportunities to communicate with fellow researchers around Latin America, let alone the rest of the world.

Connecting with colleagues is an essential element to participating in the fast-moving, international field of particle physics. Scientists usually do this by attending conferences. There they hear talks by fellow scientists, ask questions, learn about new opportunities, build new partnerships and share their own research.

But not many of those conferences take place in Latin America, and even when they do, there is no central location that is easy and affordable for every scientist in the region to reach. “If I live in Santiago and I want to go to Buenos Aires, I have to take four days to travel to Argentina, give a seminar and travel back,” Lineros says. “In Europe people could just go [to CERN from Torino, for example] for the day and come back.”

Family obligations and teaching duties can preclude some researchers from taking many of these trips. And even making it to a conference is no guarantee that a researcher will get much of an audience, Lineros says. “If you are not the big star of the conference, you get a 10-minute talk in a parallel session, and only people who are interested in your topic come.”

In the face of this challenge, the hikers were interested in finding a different way to bridge the divide between physicists around Latin America and the rest of the world. Lineros proposed creating a series of seminars online, broadcast live through the videoconference capabilities of Google Hangouts and the livestreaming features of YouTube.

Although they were exhausted from the surprisingly arduous trip, the postdocs returned to the conference hotel that evening excited about the idea. They kept in touch over email afterward and recruited researchers Jorge Díaz, Fábio Pereira dos Santos, Germán Gómez-Vargas and Avelino Vincente to the effort.

A few months later, in February 2015, they went live in their first broadcast, and LAWPhysics— the Latin American Webinars on Physics—was born. 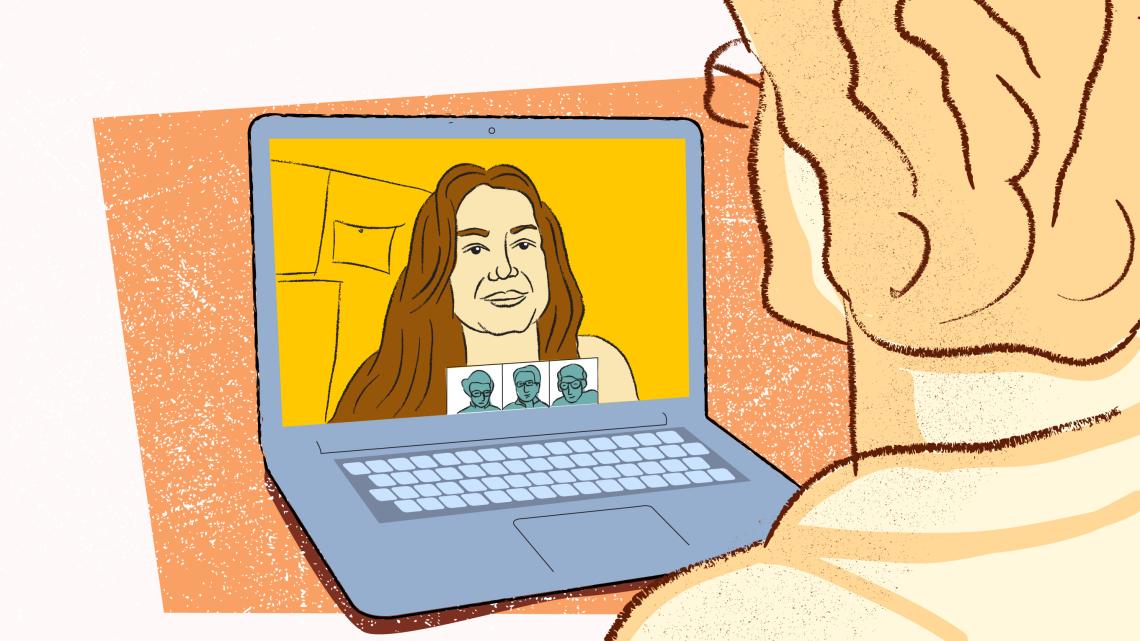 Logging on to learn

The organizers treat the webinar sessions like guest talks found in many academic departments and conferences. Each one begins with an introduction of the speaker. The speaker gives a talk with accompanying slides. At the end of the talk, an organizer hosts a virtual question and answer session. The YouTube Live system lets viewers type into a chatroom that’s open for the duration of the live session, and the webinar host reads questions and comments aloud for the speaker.

“The first audience were all direct contacts because we were telling people that we knew,” Lineros says. “Later we started to use social networks to contact more people.”

To facilitate communication between researchers from around the world—and around Latin America, where both Spanish and Portuguese are spoken as primary languages in different countries—the webinars are conducted in English. The speakers can come from anywhere.

Most speakers are postdocs, Lineros says. It can be difficult to convince PhD students, especially ones from Latin America who have not worked abroad, to participate. “They are shy,” he says. “For us English is not the mother tongue.”

The participants have ranged from graduate students to emeritus professors. But postdocs, Lineros says, are usually comfortable with the language—and the technology.

Tien-Tien Yu, an assistant professor at the University of Oregon who gave a webinar in 2017, says she appreciated the chance to give a talk to a new audience. “I think there’s still value to having a face-to-face talk,” Yu says. “But not having to travel around so much and giving a wide range of people access to your seminar is what appealed to me the most.”

Lia Medeiros, a postdoctoral researcher at the Institute for Advanced Study in Princeton, New Jersey, says the video of the talk she gave near the end of her PhD in April has continued to be useful; she shares it with colleagues who ask about her work. “I think it’s wonderful that now there is an actual video of me giving a colloquium,” she says.

The project typically hosts two or three webinar sessions per month. Almost five years in, the LAWPhysics project has archived videos of almost a hundred talks by physicists in Latin America and around the world. The average video on their channel has about 300 views.

Because the webinars are broadcast online, viewers can join in from anywhere in the world. Their audience was concentrated in the United States at first, but lately they’ve seen increases in the number of people watching from Brazil, China, Colombia and India.

Sessions are recorded and kept on the project’s YouTube channel, meaning viewers can tune in when it fits their schedules. “Being able to reach whoever wants to click the button in YouTube at some point is, I think, a plus for this kind of activity,” says Xavier Bertou, a physicist at Argentina’s National Atomic Energy Commission who gave a webinar in 2018. 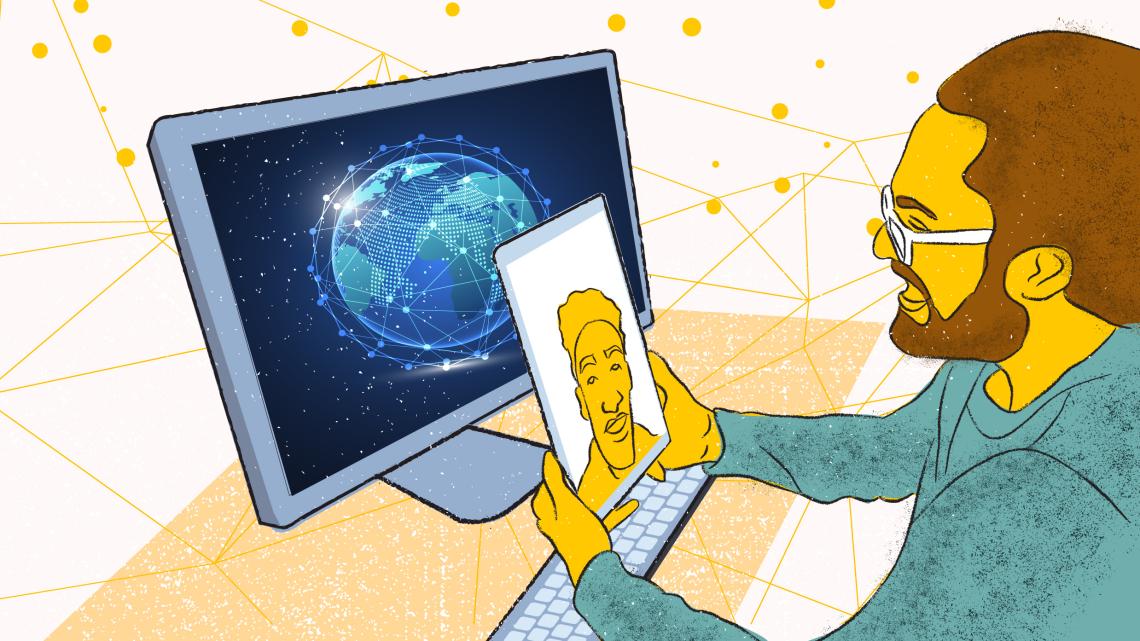 The list of people who have participated in the webinars has grown over time, but their goals have stayed the same.

Physicist Alejandro Cárdenas-Avendaño became an organizer of LAWPhysics in 2017. Before he began his PhD program at the University of Illinois at Urbana-Champaign in the United States, he was a physics student at the National University of Colombia, a public institution, and a math student at Konrad Lorenz University Foundation, a private institution, both in Bogotá .

During the five years he spent at these universities, he estimates that only about 10 international speakers visited his department to give talks. “We don’t have the economical muscle to bring a lot of speakers,” he says.

He enjoys watching prerecorded lectures online, he says, but the live webinars are even more valuable. “What I really like about these types of events is that it’s an opportunity for students in Latin America to hear a cutting-edge research talk but also to be able to ask questions.”

It’s a way for physicists around the globe to keep up with the pace of discovery and innovation, says Marcelo Ponce, a physicist and computer scientist working at the supercomputer center of the University of Toronto in Canada who participated in the webinars in January. “I think it’s very important for people to be aware of and be updated about the things that are being done, especially at the frontiers of certain fields,” he says.

Medeiros is from Brazil but has spent her entire academic career in the United States. For her, the webinars have been a way to connect to the physics community back home.

“It’s cool to have a group of scientists from Latin America, whether they live in America or not, get together and talk about science,” Medeiros says. “It’s just really cool.”

After a summer break, LAWPhysics is back up and running. Physicists interested in participating are invited to reach out to lawphysics@gmail.com.