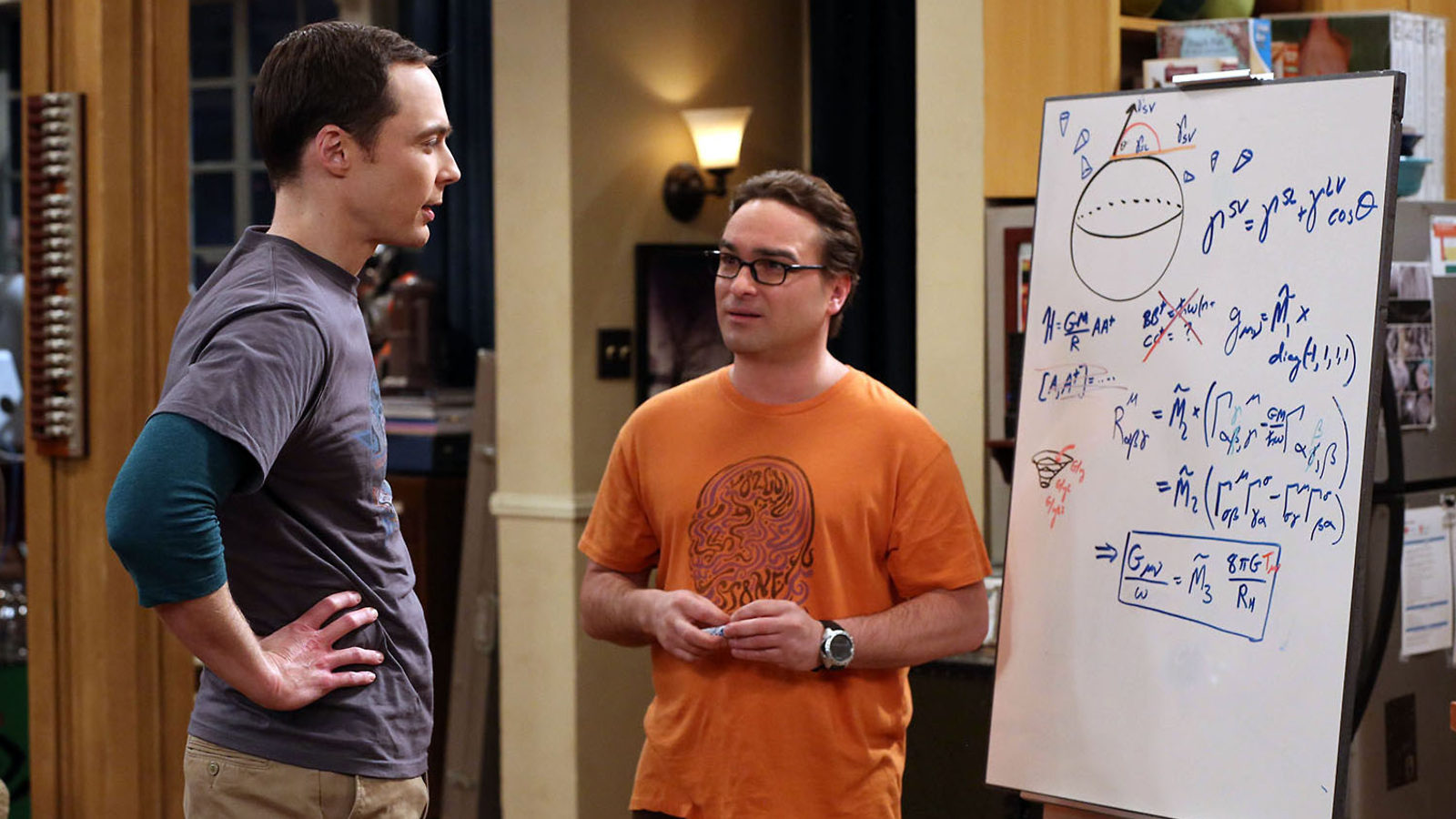 The show’s executive producer explains how a niche particle physics blog wound up in a recent plot.

In Thursday’s episode of The Big Bang Theory, two of the show’s main characters, Leonard and Sheldon, publish a paper together. The paper becomes the topic of a post on Quantum Diaries, a blog written by a collection of particle physicists from around the world. To Sheldon’s dismay, it also becomes the target of criticism in the blog’s comments section.

The inclusion in the plot of the niche particle physics blog prompted some questions among the symmetry staff, which The Big Bang Theory’s Executive Producer and Showrunner Steven Molaro was kind enough to answer:

S: How did the writers discover Quantum Diaries?

SM: We wanted to do a story that included an element of Internet haters tearing down Leonard and Sheldon's paper. We asked our science consultant, David Saltzberg, to recommend a few science blogs that might discuss a paper like the one they wrote which also have an active comment section. Quantum Diaries fit the bill.

S: Where do the writers get their ideas about unique situations a physicist might encounter?

SM: Our science consultant is often a big help in that area. Frequently we will have an idea of the type of story or situation we want to write about and we will ask him to provide the science specifics that could work with what we are trying to achieve. Also, we will often come across interesting science stories online and try to figure out how they might affect our characters.

S: Does learning about something from particle physics culture ever inspire a plot idea? Or is the physics usually added to the plot after the basic idea is formed?

SM: The physics can either come first or be added later. Each story is unique. Sometimes we will have a decent idea of the science and take a swing at it in the script and our science consultant will adjust it accordingly to be accurate.

S: What happened in this case?

SM: In the case of this particular episode, we knew we wanted Leonard (who is an experimental physicist) to come up with his own theory and to ask for Sheldon’s blessing and help with it. What Leonard ultimately came up with (the universe acts like the surface of a super-fluid) was then added later by our consultant.

We were also asking questions like, “As an experimental physicist, realistically, how far could Leonard get with the math of this idea before needing the assistance of a brain like Sheldon’s?”

If you feel like participating in some life-imitating-art, you can read a blog post inspired by the episode from Quantum Diaries blogger Ken Bloom of University of Nebraska, Lincoln. Just beware of the comments section!