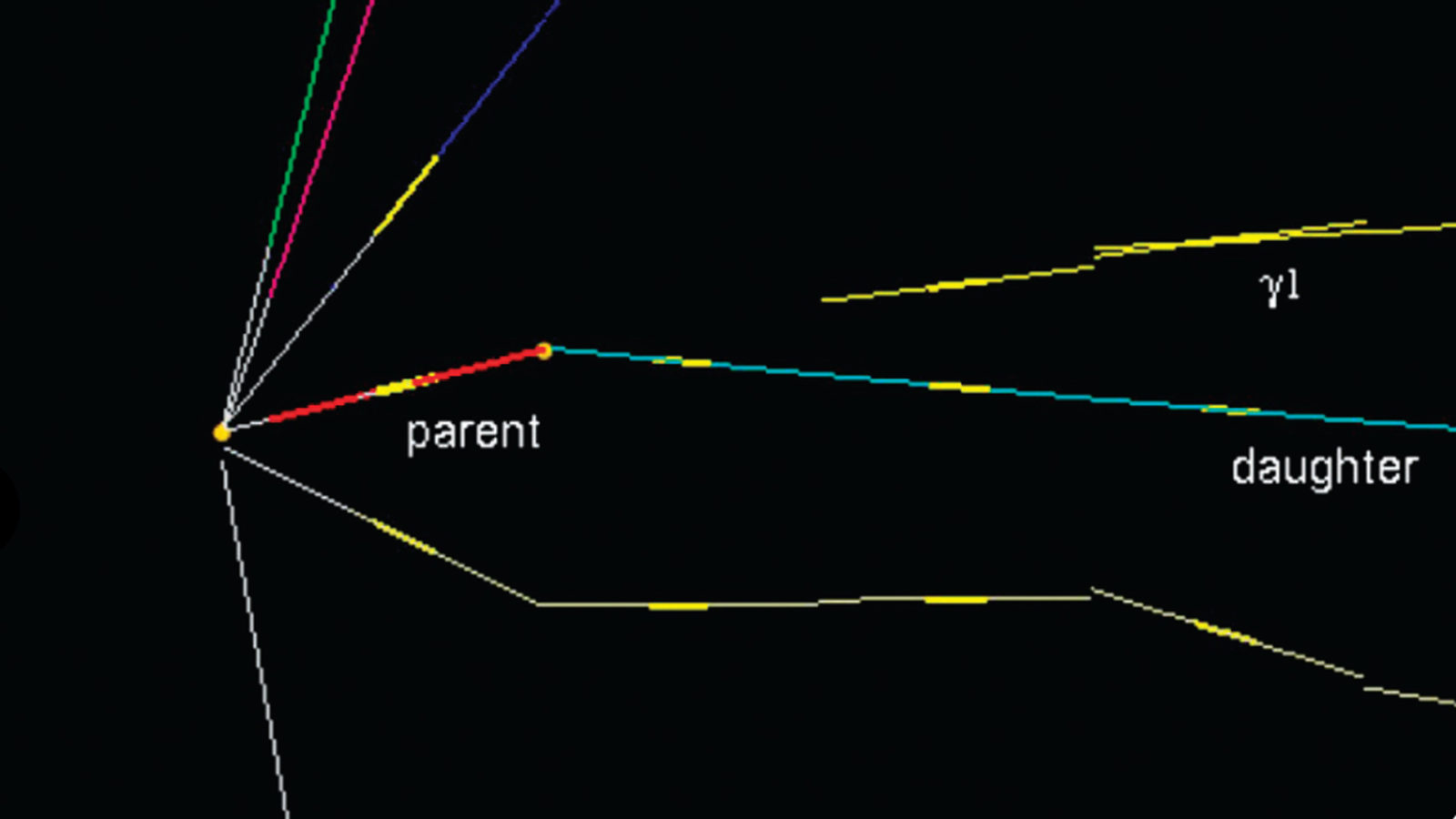 On May 31, 2010, at Gran Sasso National Laboratory in Italy, Antonio Ereditato, spokesperson of the OPERA (Oscillation Project with Emulsion tRacking Apparatus) experiment, reported to the scientific community the detection of the first candidate event for the appearance of a tau neutrino in a beam of muon neutrinos, a sought-after sign for neutrino oscillations.

Neutrino oscillation, the process in which the three known types, or flavors, of neutrinos transform into one another, was postulated more than 50 years ago by Bruno Pontecorvo. In 1998, the Super-Kamiokande experiment in Japan reported the first solid evidence for neutrino oscillations when its data indicated the disappearance of muon neutrinos generated by cosmic rays. Since then, other experiments have explored in various ways the phenomenon of neutrino disappearance.

The OPERA detector, which combines nuclear emulsion films and electronic detectors, is the first and only experiment that can detect the appearance of an oscillated tau neutrino. The figure above depicts the magnified reconstruction of OPERA’s first tau neutrino candidate event presented by Ereditato. A tau neutrino (coming in from the left without leaving a track) collided with an atom and produced a tau lepton (the short red line) and other particles. The characteristic signature of the tau lepton is its quick decay, evidenced by the kink at the end of the line. It travelled less than 1 millimeter before it created a hadron (blue line, labeled daughter), a pion, and a tau neutrino (no line).

This first candidate event is an important milestone on the way to full detection of the appearance of oscillated neutrinos. It will lead to a better understanding of the oscillation phenomenon, which is so far the only experimental indication of new physics beyond the Standard Model, with deep implications for cosmology, astrophysics, and particle physics. 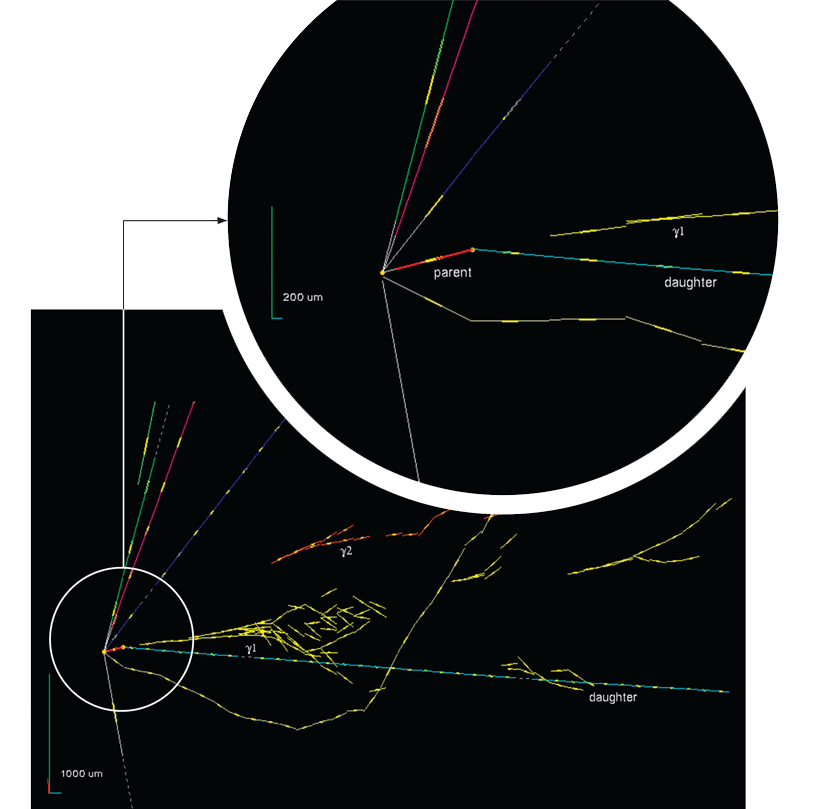