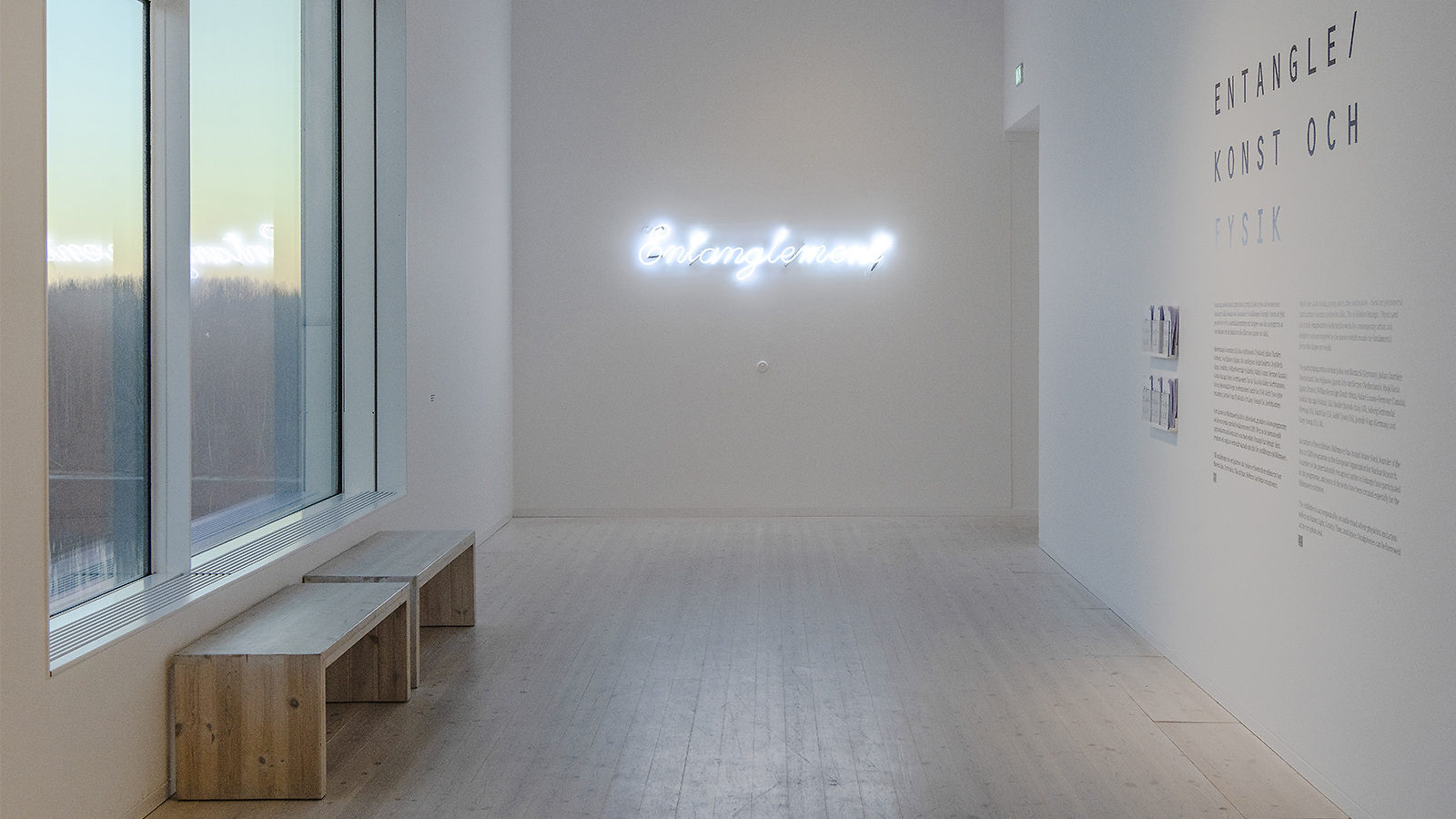 The day before the public opening of Entangle / Physics and the Artistic Imagination at Bildmuseet on the Umeå University campus in northeastern Sweden, curator Ariane Koek took 14 physicists from the university faculty on a tour of the exhibit.

“To me, that was the opening,” she says. “I really wanted to know how the physicists responded to it.”

Pieces in the exhibit are not literal translations of physics concepts to other media or illustrations of physics principles or phenomena. Physics was a spark for the artists, sometimes very clearly and sometimes more tangentially.

To Koek’s relief, the physicists got it. “They responded to it very directly,” using the art as a spark for their own conversations about gravity or perception, she says.

“Imagination is a bridge between science and art.” –Ariane Koek

Koek founded the Arts at CERN program, which supports artist residencies and exhibits at the massive European physics laboratory. Since leaving that position in 2015, she has continued bringing art and science together.

When the Bildmuseet approached her about creating an exhibit connecting art with physics, she jumped at the opportunity. Four of the artists she included had completed residencies at CERN, and the other 10 were drawn from the large sampling of prominent and emerging artists Koek had encountered.

Twenty-first-century artists are deeply inspired by physics, she says, so the most difficult part of curating the exhibit was paring down the works to a size and scope that would fit in the museum.

When Koek talks about Entangle, she keeps coming back to the word imagination. “Imagination is a bridge between science and art,” she says.

In her work at CERN, Koek saw the importance for physicists of “thinking elsewhere,” of letting the mind welcome inspiration for solutions to physics problems from unexpected places. The exhibit starts from the opposite side; it is driven by the artists and the way their imaginations are sparked by ideas in particle physics.

Most of the pieces exhibited were created a few years ago, but some were commissioned for the exhibit. One of the commissions is an assembly of blackboards curated by Goshka Macuga, who was a visiting artist at CERN in 2012.

Macuga says she was fascinated both by the language scientists use to describe their ideas to each other and by the ephemeral nature of this favorite medium for physicists to communicate knowledge and ideas. She started building the exhibit around blackboard drawings by philosopher Rudolf Steiner (1861-1925) and artist Joseph Beuys (1921-1986). Nine additional blackboards are filled with favorite equations by modern physicists, and the final one, which contains only faint traces of chalk, was allegedly used by Einstein when he lectured at Oxford University in 1931. The chalkboard was mistakenly cleaned, erasing his imprint. “The whole piece is really a meditation on knowledge, how it’s replaceable, but equally how physics communicates with itself,” Koek says.

Julius von Bismarck, who created four pieces in the exhibit, has been interested in physics for many years. His grandfather was a physicist, his brother is a physicist, and he considered going into the field before deciding to become an artist. He met Koek when he was selected as the first artist-in-residence at CERN. One of the questions driving his work is that of perception and how the (human-discovered) laws of physics construct our understanding of the world.

Freedom Table and Democracy Chair, a striking installation with “a political title for a nonpolitical work,” has two ordinary objects, a table and chair, attached to motors and revolving at slightly different frequencies. As visitors to the exhibit watch them, they slowly move in and out of sync with each other, creating the impression that one is leading and the other is following.

When another contributing artist, Solveig Settemsdal, was reading The Inflationary Universe by physicist Alan Guth, she was struck by his descriptions of time in the early universe as a coagulating jelly. She has worked with gelatin as a medium for sculpture for many years.

Singularity, her video in the exhibit, is a representation of the expansion and contraction of a universe of white ink suspended in gelatin. The choice of medium is a commentary in itself; it is distilled from the skin and bone. “It’s very much this meat-based view that we have of the universe,” she says. “We can’t help but think with our meat brains.”

The parallels between art and physics do not stop at the use of imagination. The work of making art can be strikingly similar to that of doing science. Both endeavors require plenty of time and failure. In fact, von Bismarck’s video Escape Shapes, a 40-minute compilation of every failed rocket launch he could find video footage of, is in some sense a tribute to the necessity of failure in the scientific process. “It’s a history of success that I tell through the failures,” von Bismarck says.

Each artist’s triumphs are the result of a series of failures as well. Settemsdal recorded 44 versions of Singularity before getting the footage she wanted. Each take required starting anew the time-consuming process of creating a 10-inch cube of gelatin and carefully inserting and removing the ink, which she did by hand using a mix of art and medical tools—including an instrument usually used for dental work on horses. (“It still hurts my arm watching it,” she says.)

For those who cannot make it to Sweden to see the exhibit in person before its conclusion in April, a catalog of the exhibit will be published in summer, and photos of some of the works are available online, as is an “audio cloud” where visitors can hear physicists and artists reflecting on some of the themes of the show: light, gravity, matter, time and space. In each file, a physicist and an artist talk about their relationship with the topic. Koek chose to share two monologues instead of a dialogue for each sound file to leave space for listener interpretation. “They were a way to make the viewer—or the listener—think about the gaps in between and use their imagination,” Koek says.

Koek and the artists do not intend to teach any physics in Entangle. Instead, they want to spark curiosity, to inspire visitors to think about the world differently. Physics, says Koek, “is a jumping-off point for the imagination. If you engage with the ideas of physics, they’re incredible and extraordinary.” 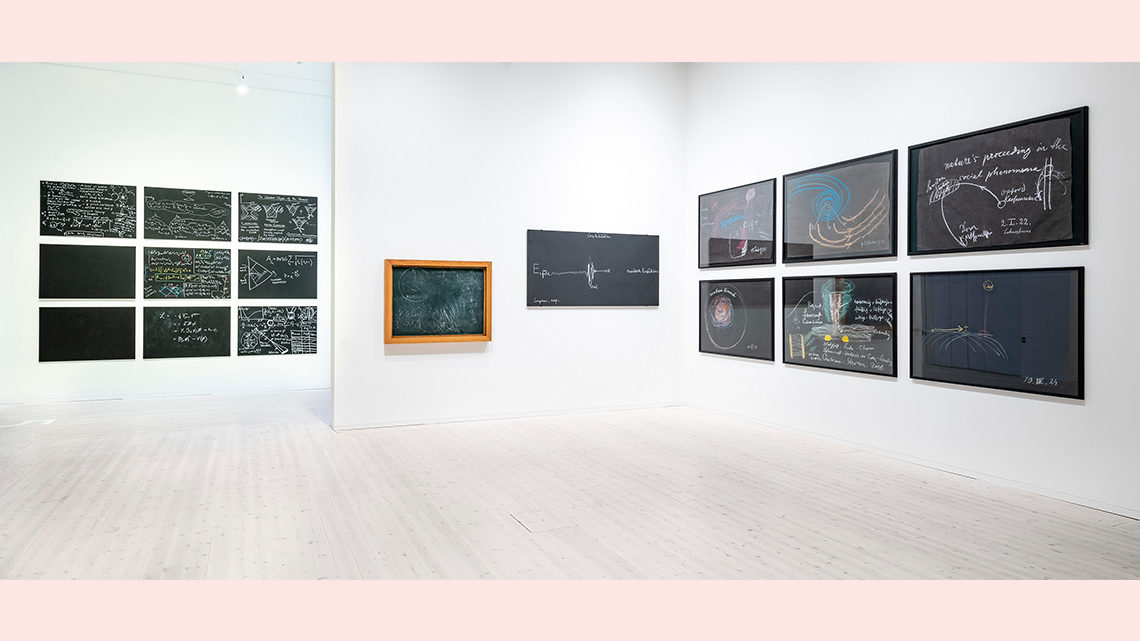 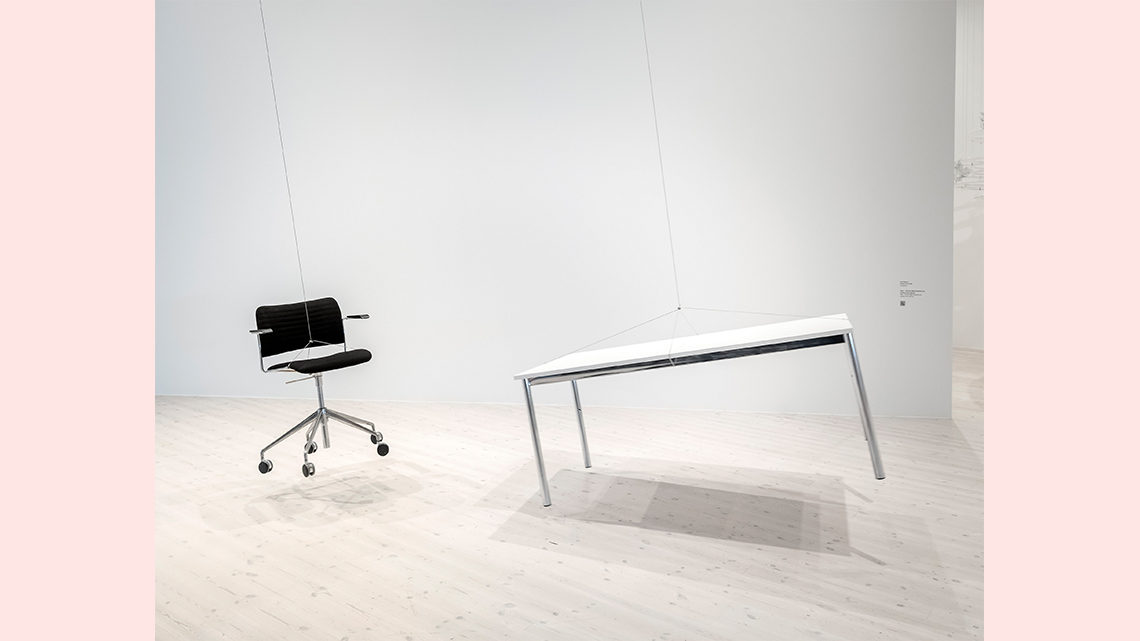 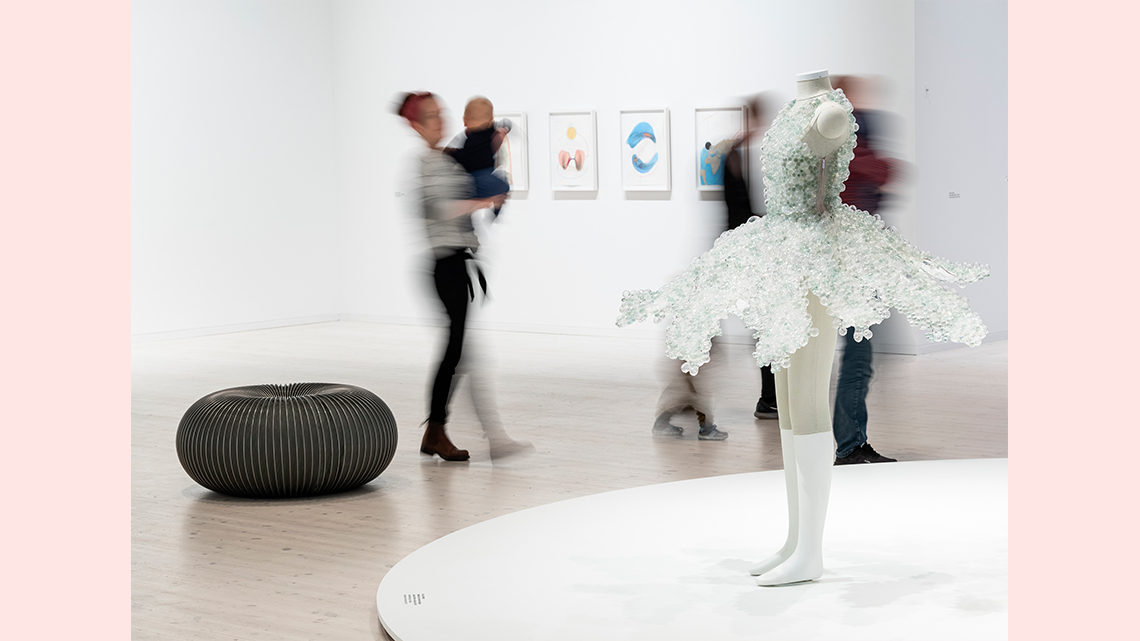 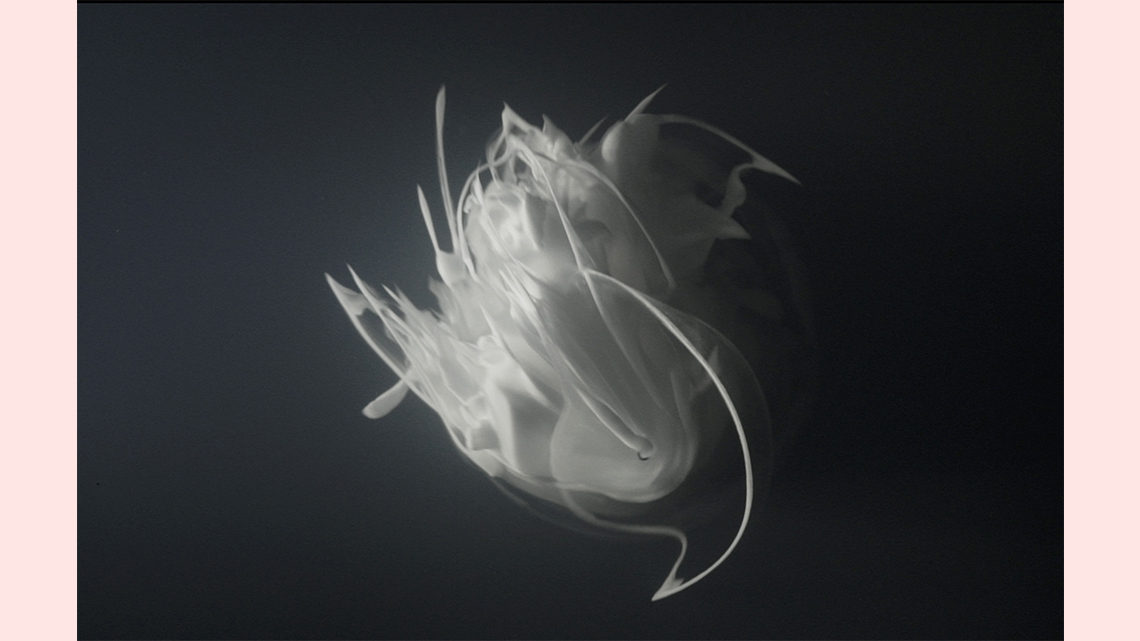 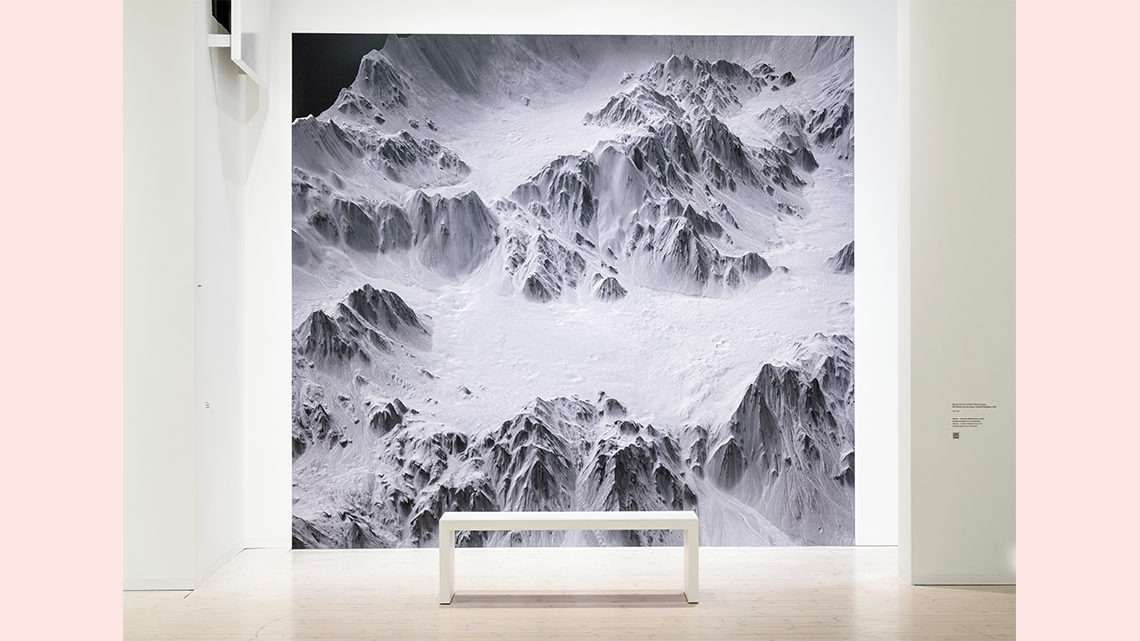 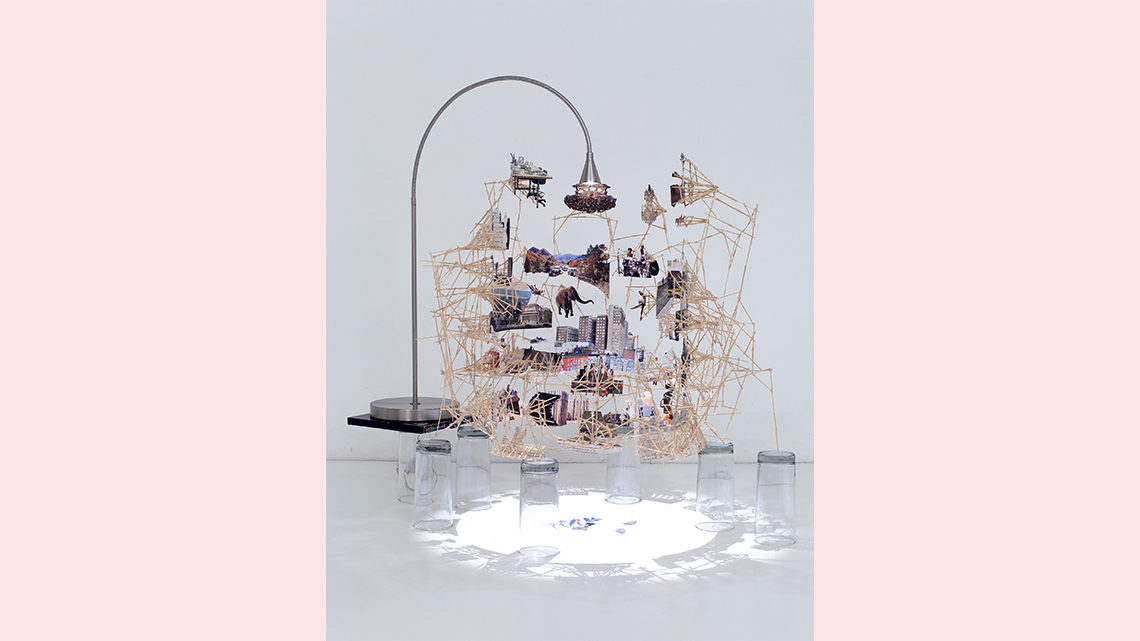 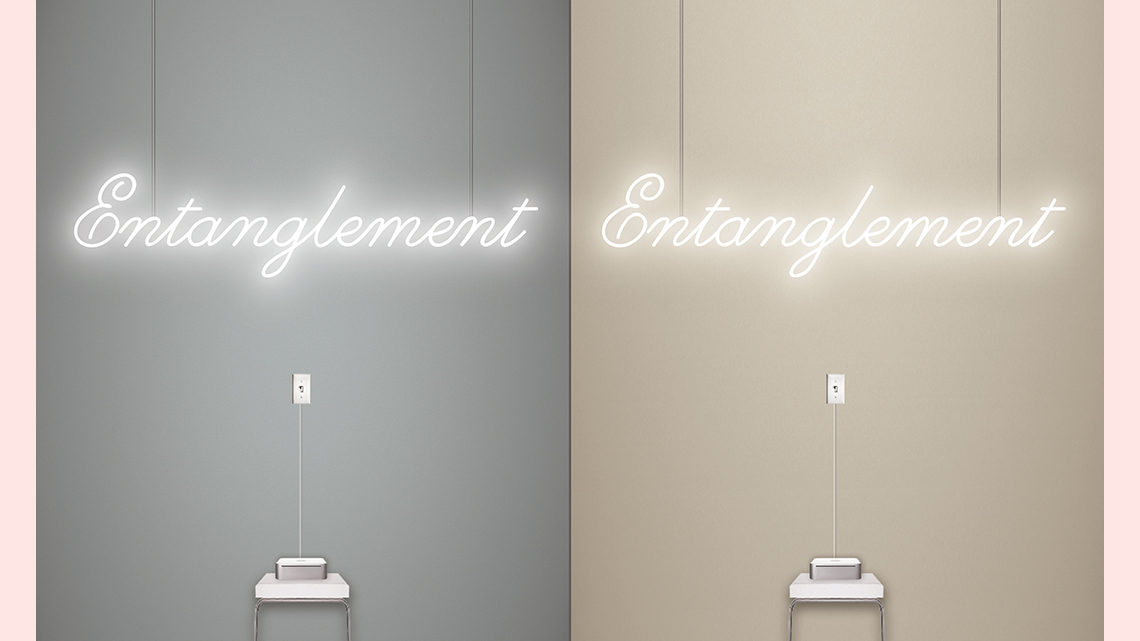 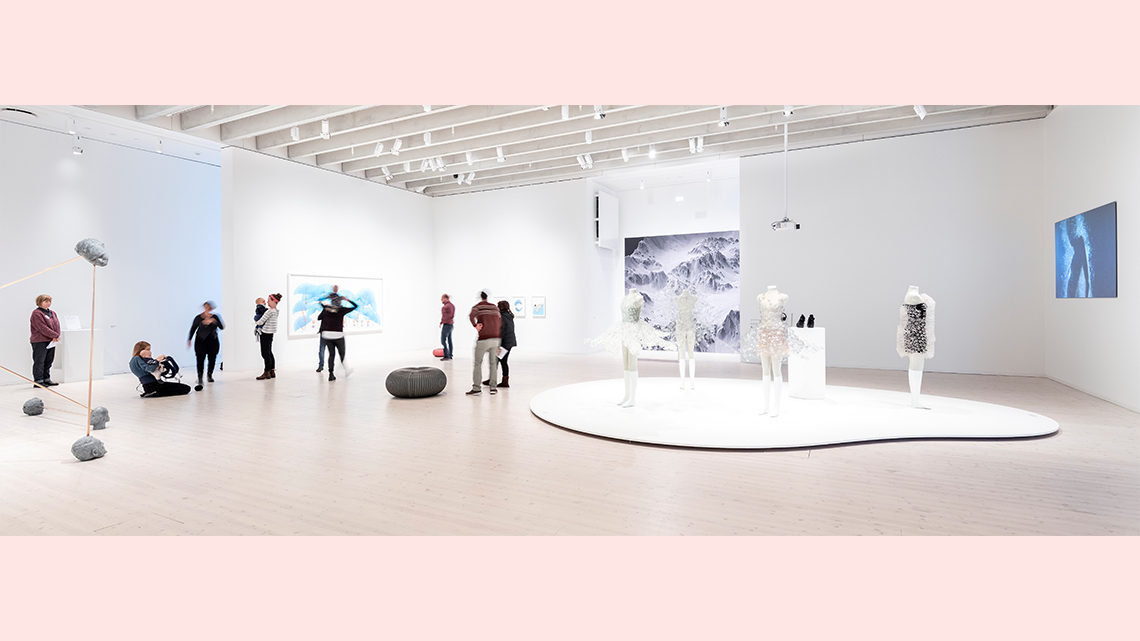 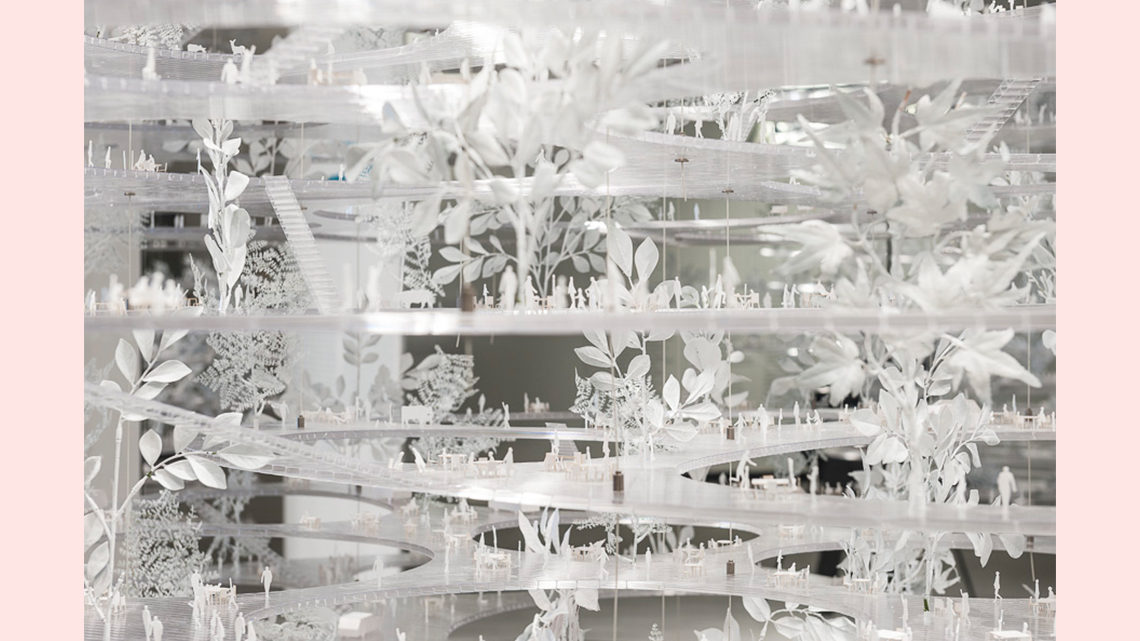 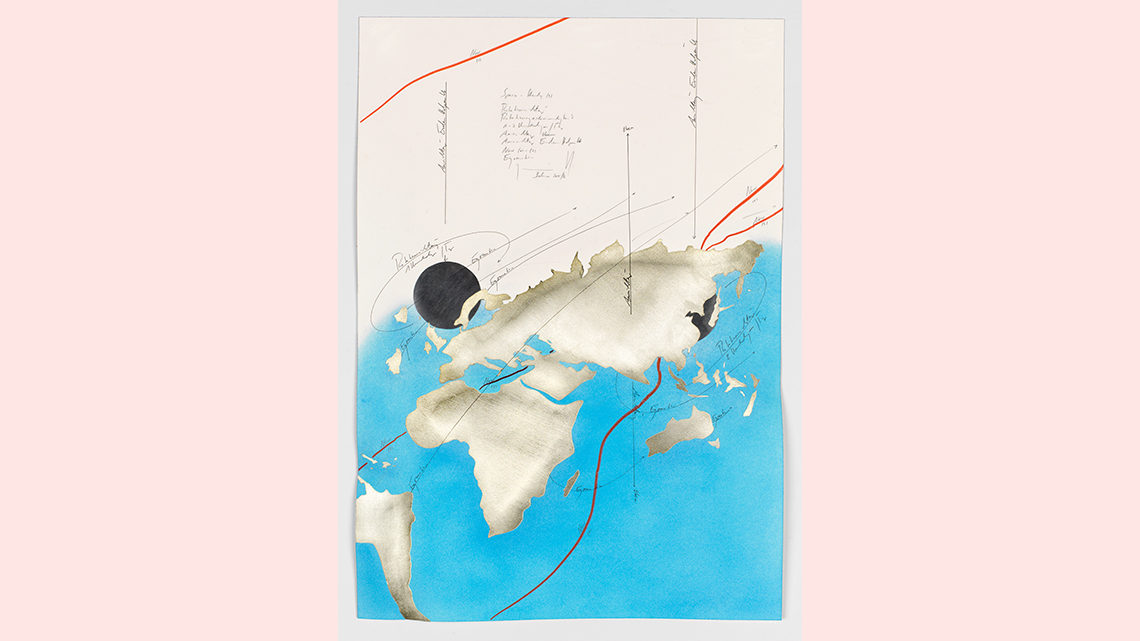 Previous Next
Follow
Use your browser’s print dialog box to create a pdf.