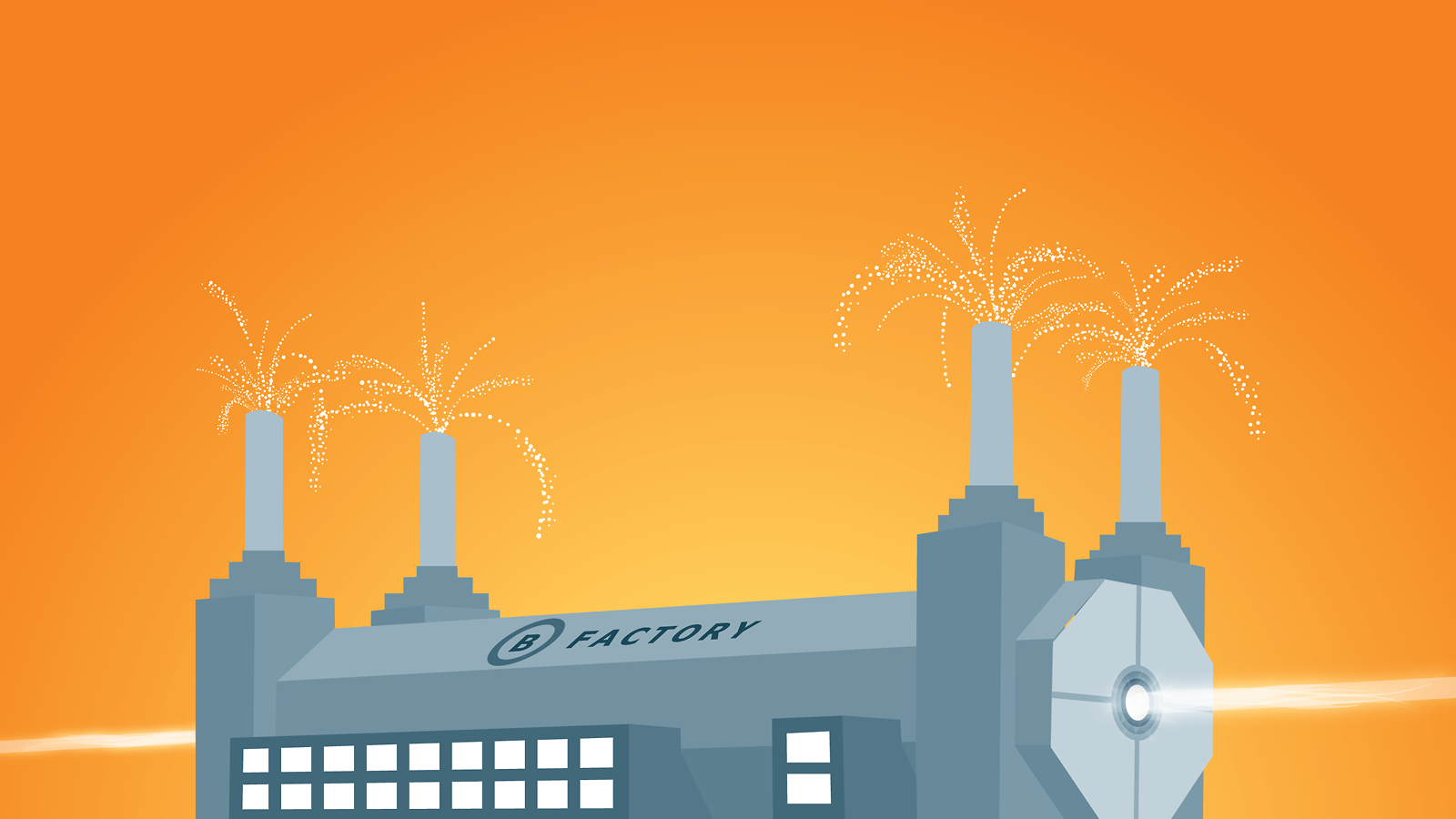 B factories are scientific machines that explore the conditions of the early universe by creating and analyzing huge numbers of B mesons, particles that contain a bottom quark. One role of B factories is to probe the differences between B mesons and their antiparticles to help understand why the universe is dominated by matter with no antimatter present.

A B factory relies on three major parts: a particle collider to produce huge numbers of B mesons; a detector to observe the mesons decay; and an international collaboration of physicists and engineers. The PEP-II collider with the BaBar detector at Stanford Linear Accelerator Center, and the KEKB collider and its detector, Belle, in Japan, were B factories.

The rate and intensity of electron-positron collisions in BaBar and Belle generated hundreds of millions of B mesons each year. Each second of operation, the factories sorted through millions of collisions to efficiently identify the few hundred interesting events. Each factory produced more than 700 CDs worth of data (0.5 terabytes) for analysis per day. By exploring the microscopic world, B factories reveal the universe as it existed near the time of its birth.

Editor's note: This article has been updated.