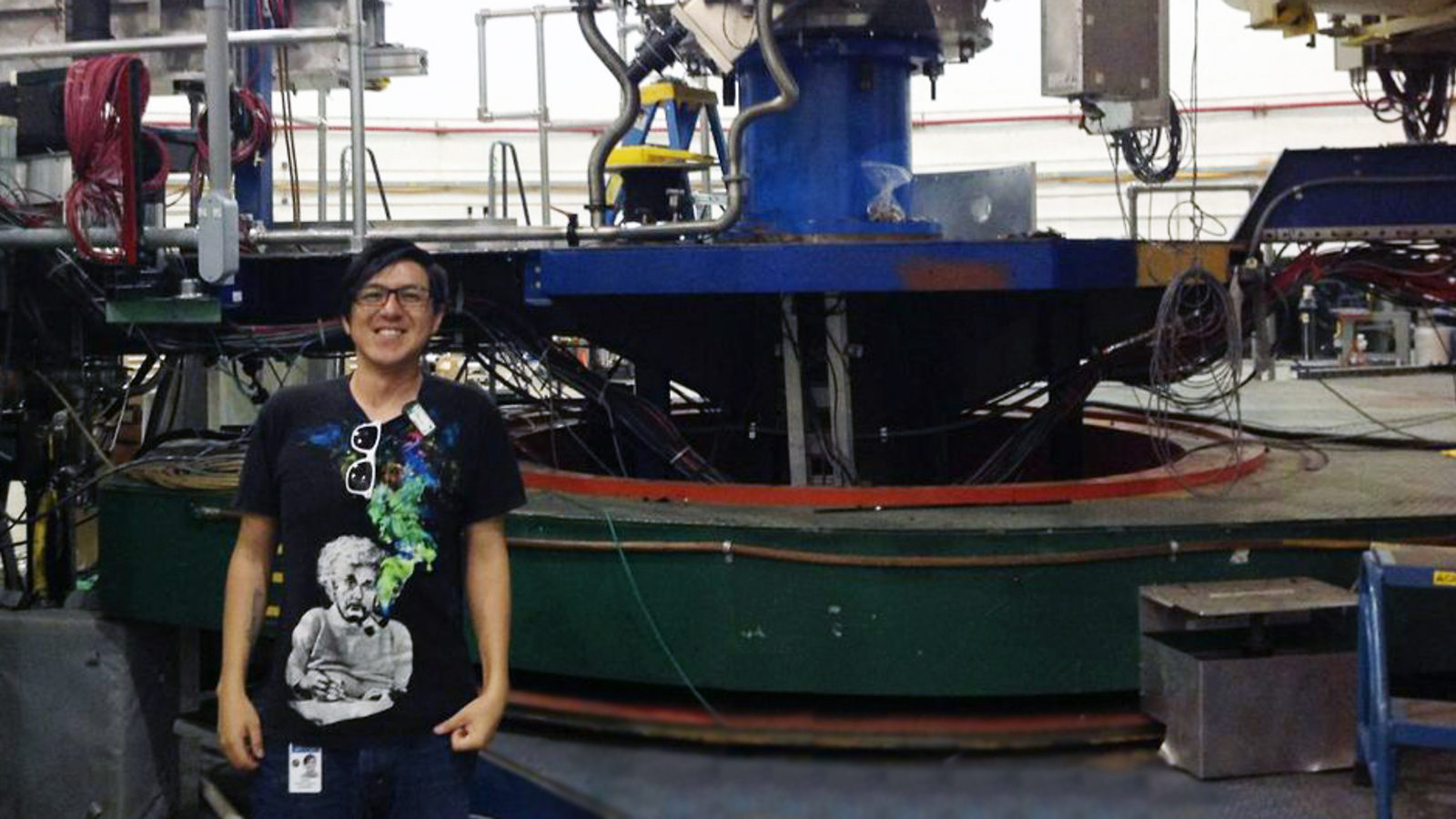 A summer intern at Jefferson Laboratory is excited about the proposed International Linear Collider—and he’s got the tattoo to prove it.

Particle physics fans interested in expressing their enthusiasm for science through body art have a variety of images to choose from, from wave functions to bubble chamber tracks. This summer, an intern at Jefferson Laboratory decided on a science tattoo that might be the first of its kind.

Gabriel Palacios, a physics engineering student at Mexico City’s Metropolitan Autonomous University, now sports proudly on his forearm the design for the proposed International Linear Collider, a possible next step after the Large Hadron Collider.

For several years, Palacios had been thinking about getting a celebratory tattoo, looking ahead to earning his bachelor’s degree later this year. But it was only when he was chosen for an ILC-related internship that he decided on the design.

“One of my main goals since I started studying physics was working at a collider,” Palacios says. “Being here at Jefferson Lab was achieving just the first stage of that dream.” 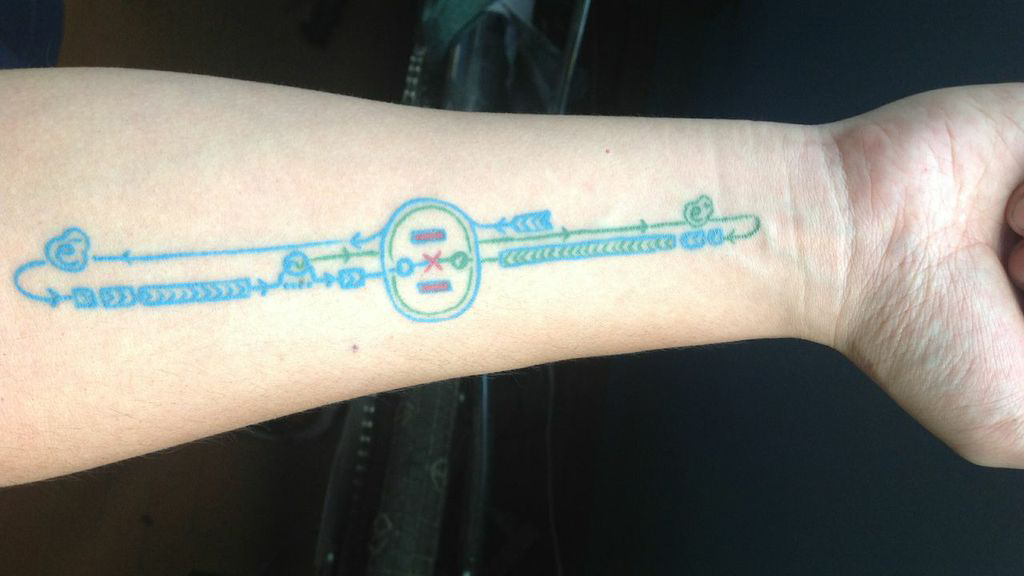 The dream began in high school with a physics teacher who fascinated Palacios with stories of colliders, not an everyday topic in his small Mexican hometown of 50,000.

“He was talking magic to us,” Palacios says.

Years later, in December 2012, Palacios applied to a summer program hosted by the Mexican Physical Society’s Division of Particles and Fields. A committee of professors and researchers selected Palacios, along with four other physics undergraduates from across Mexico, to intern at an international high-energy physics lab.

“He impressed everyone with his knowledge, his motivation, his open and confident personality,” says Carlos Hernandez-Garcia, a scientist for the Free Electron Laser Program at Jefferson Lab who helped choose the five students.

At Jefferson Lab, Palacios worked with the Electron Gun Group, a team whose job is to generate the electron beam for the lab’s particle accelerator, the Continuous Electron Beam Accelerator Facility, or CEBAF. They are also designing an electron gun for the ILC. In an electron gun, a laser beam shines on a photocathode, releasing electrons that are then grouped together and accelerated using electric fields. Palacios’ project involved evaluating new photocathodes.

“He’s a really good worker and so enthusiastic, it doesn’t really surprise me [that he got an ILC tattoo],” says Matt Poelker, head of the Electron Gun Group at Jefferson Lab.

Now that his 10 weeks at Jefferson Lab are complete, Palacios plans to finish his bachelor’s degree and then attend graduate school. Working on an ILC-related project in the future would be the next step toward achieving his dream, he says.

“It’s about participating in this amazing project that gets people from around the world together to study something that is going to give us a huge clue of what the universe is about,” Palacios says.

As for future tattoos, Palacios said a particle collision is next on his list—a burst of energy located squarely in the middle of his chest.

A version of this article originally appeared in LC NewsLine.