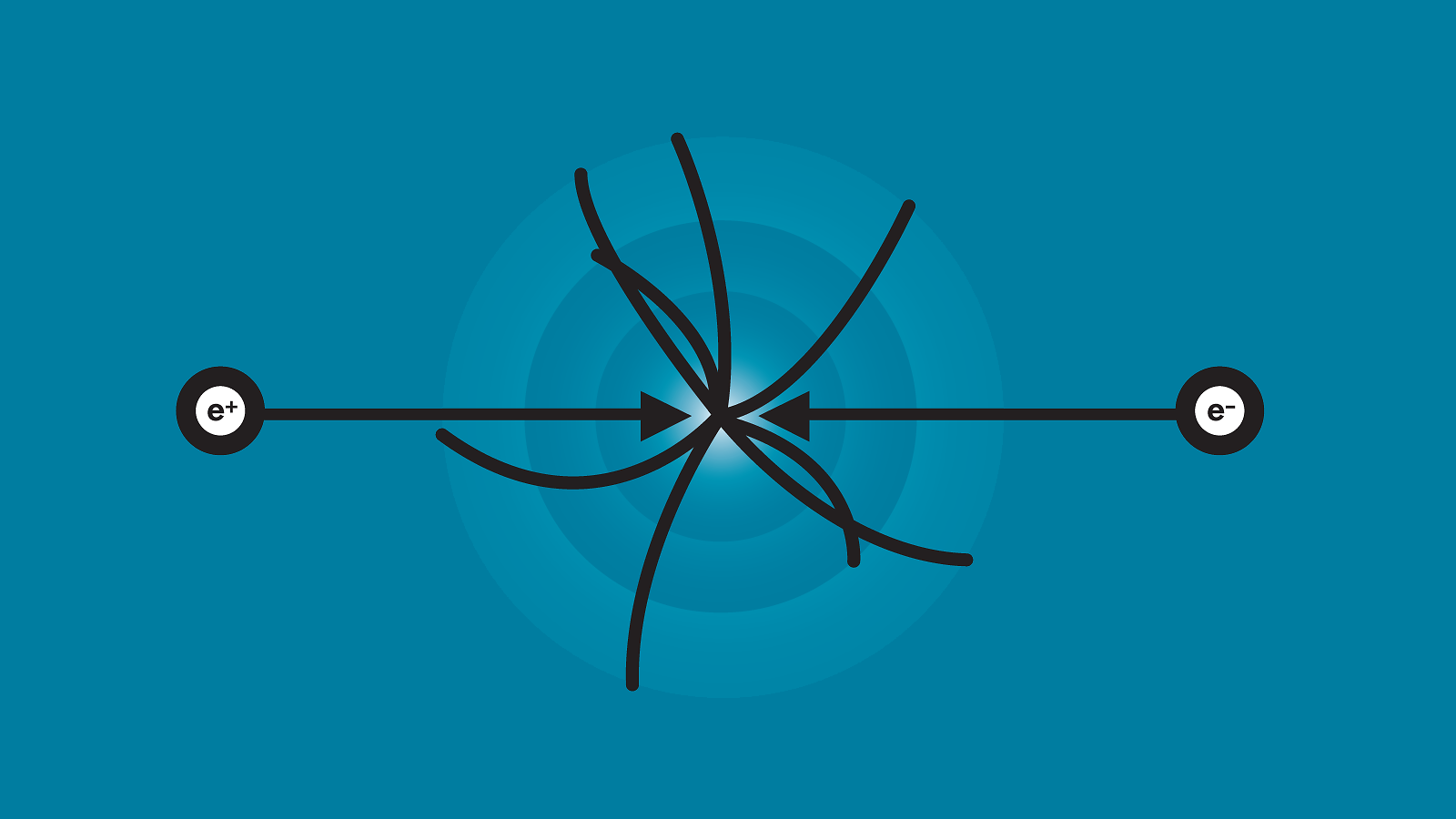 The International Linear Collider is a proposed new electron-positron collider. Together with the Large Hadron Collider at CERN, it would allow physicists to explore energy regions beyond the reach of today's accelerators.

The International Linear Collider is a proposed new electron-positron collider. Together with the Large Hadron Collider at CERN, it would allow physicists to explore energy regions beyond the reach of today's accelerators. At these energies, researchers anticipate significant discoveries that will lead to a radically new understanding of what the universe is made of and how it works. The nature of particle collisions at the ILC would give it the precision to answer compelling questions that discoveries at the LHC will raise, from the identity of dark matter to the existence of extra dimensions.

In the ILC's design, two facing linear accelerators, each 20 kilometers long, hurl beams of electrons and positrons toward each other at 99.9999999998 percent of the speed of light. Each beam contains ten billion electrons or positrons compressed down to a minuscule three nanometer thickness. As the particles hurtle down the collider, superconducting accelerating cavities operating at temperatures near absolute zero pump more and more energy into them. The beams collide 2000 times every second in a blazing crossfire that creates a firework of new particles.

The ILC would be designed, funded, managed, and operated as a fully international scientific project.