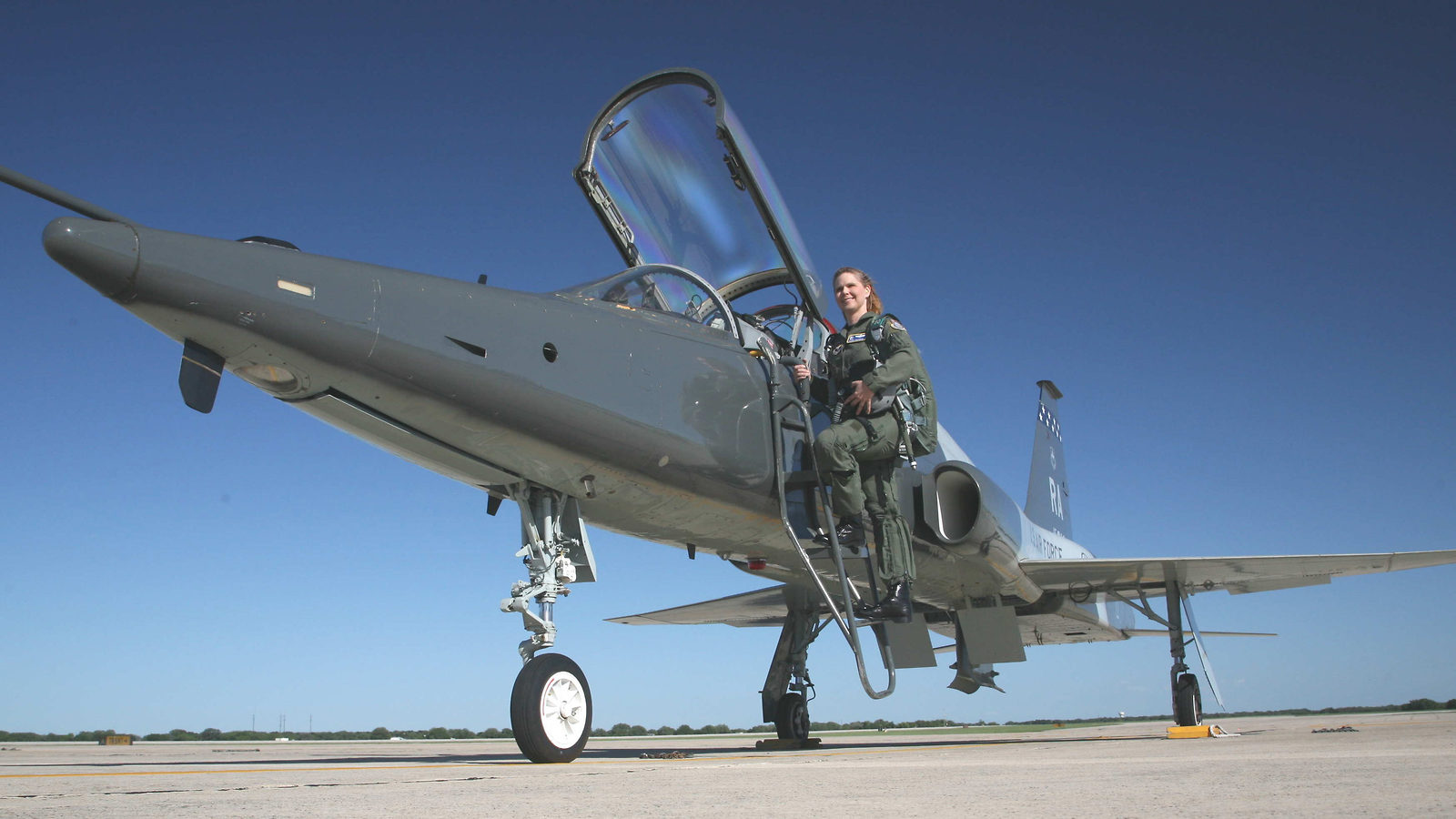 In a previous career, Sandra Miarecki flew high above the Earth’s surface. During a 20-year career in the US Air Force that included time as a test pilot, she flew aircraft including the B-52, F-16, MiG-15, helicopters and even the Goodyear Blimp.

She retired from the Air Force in 2007 to pursue a new calling in physics that would set her sights on the depths of the Earth. Now an assistant professor of physics, Miarecki served as the principal researcher in a just-released study that relied on data from a detector encapsulated in ice near the South Pole to determine how high-energy subatomic particles are absorbed as they travel inside the planet.

It was a chance seat assignment on a passenger jet in 2007 that put her next to Robert Stokstad, a Lawrence Berkeley National Laboratory physicist who was then serving as the project director for the lab’s IceCube Neutrino Observatory team. Miarecki was on a scouting trip to find housing in the San Francisco Bay Area in preparation for her pursuit of a PhD at UC Berkeley.

“He was playing with a camera, and I was involved with photography,” she recalls of the meeting on that Southwest Airlines flight, and they struck up a conversation. The subject of science came up, and his description of the IceCube project, then under construction, piqued her interest.

She would later attend a Berkeley Lab IceCube group meeting at Stokstad’s invitation. “I thought I was going to be a cosmology theorist when I first got to Berkeley,” she says, but hands-on experiments were also alluring.

So she worked on a summer project with the collaboration, and enjoyed the experience.

Spencer Klein, a longtime physicist at Berkeley Lab who now leads the lab’s IceCube team, suggested that Miarecki’s dissertation focus on the Earth’s absorption of high-energy neutrinos. Before joining the Air Force, Miarecki had earned a bachelor’s degree in astronomy, and also completed courses in physics and mathematics, at the University of Illinois at Urbana-Champaign.

“I had also toyed with the idea of being a geologist, and when you are using the Earth as an absorption material (for neutrinos), you have to understand the composition and density of the Earth. It was a really nice blend of all my previous experience,” she says. “I was so happy when we came up with this idea.”

Miarecki worked full-time on this research at Berkeley Lab from 2010 to 2015 before taking a job in January 2016 as a physics instructor at the Air Force Academy in Colorado Springs, Colorado. She continued working on her dissertation at the academy, completing that work in December 2016.

When Klein suggested that she submit her dissertation work for publication in Nature, Miarecki balked at first. “I said, ‘Really?’ Then I thought, ‘OK, let’s give it a try,’” she says. “It’s not expected that your graduate dissertation actually gets into Nature.” The study was published today.

She was promoted to assistant professor at the academy in January 2017 and now teaches physics coursework in classical mechanics and electromagnetism as well as the physics of combat aviation.

“When I was going through the military retirement transition course, the attendees had to answer the question, ‘What do you want to be when you grow up,’ which was tongue-in-cheek, of course, because all of us were over 40,” Miarecki recalls. “I realized that I wanted to teach, and I had always been told that I was a great teacher. The military also had selected me to be an instructor pilot at several times during my career.

“I debated whether my 42-year-old brain would be spongy enough to tackle a PhD program, but I decided that I had to try, or I could never live with myself wondering, ‘What could have been?’ Switching from the military to academia was not a big shock because I had spent so much of my military career in a teaching capacity.”

The assistant professor position at the Air Force Academy has brought her career full circle, she notes: “It represents a perfect blend of my previous Air Force career with my love of teaching physics.”

Editor’s note: A version of this article was published by Berkeley Lab.