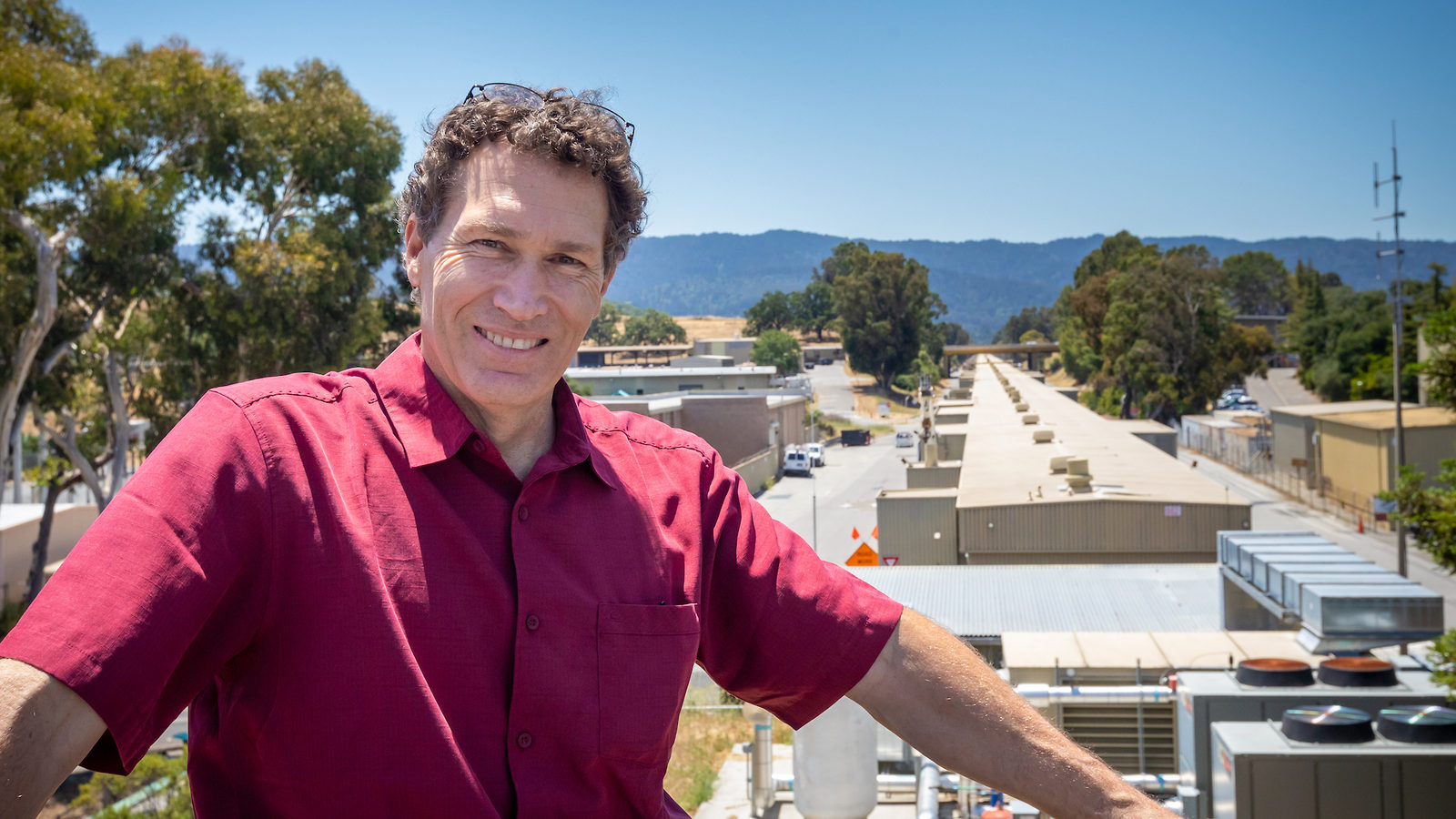 What do particle accelerators and craggy outcrops have in common? Both have Tor Raubenheimer trotting the globe. Thanks to both his work at the Department of Energy’s SLAC National Accelerator Laboratory and his passion for rock climbing, he has gotten to know people and places on several continents.

“There are places around the world where I know a group of people and I can go and work and hang out,” says Raubhenheimer. “It’s neat.”

Raubenheimer is an accelerator physicist — someone who designs, builds or operates particle accelerators. It’s a title that only a few thousand people lay claim to worldwide. Throughout his career, Raubenheimer has operated SLAC’s accelerators and designed new ones through international collaborations.

He is also an avid rock climber. He makes frequent trips to a local climbing gym — three or four times a week, he says — and occasionally, much longer trips to climbing destinations. Just in the last few years, he has climbed in Australia, Sardinia and Thailand as well as at California favorites like Joshua Tree National Park. For Raubenheimer, rock climbing is a fun way to get to know people and places.

“It’s having something in common, right?” Raubenheimer says. “Either accelerator physics or climbing. When you go to a different area, it makes merging into the culture there much easier.”

Raubenheimer’s climbing pursuits also played a part in bringing him to SLAC. During his college years as a physics and computer science double major at Dartmouth College, he took a year off to ski and climb in Yosemite National Park and was captivated by Yosemite Valley. After college, when he had the opportunity to work as a programmer at SLAC, the proximity to Yosemite and other outdoor wonders attracted him to California.

“As an undergraduate, I had no idea that the field even existed,” he says. “I knew about high-energy and particle physics. I knew about lasers. I didn’t know that there was actually a field studying accelerators.”

As a programmer at SLAC, he worked on software for the damping rings that helped narrow the particle beams emitted by the two-mile SLAC linear accelerator. Occasionally, he needed to go into the linear accelerator tunnel to check on a component or fix something. It’s this hands-on work, he says, that got him hooked.

“The immediate satisfaction of being able to do something and see a result was great,” Raubenheimer says.

He decided to go to graduate school in physics and got his PhD at Stanford, where he worked on a couple of other research projects before returning to accelerator physics. He worked on the linear collider at SLAC as well as researching problems that would need to be solved to build more advanced linear colliders. During his postdoc at SLAC, he started working on the Linac Coherent Light Source (LCLS) X-ray laser and brought his knowledge of linear colliders to the project. In the years since, while a scientist and professor at SLAC and Stanford, he has worked on designing accelerator facilities at SLAC and internationally.

For the last few years, Raubenheimer has been working on the upgrade for LCLS, called LCLS-II. The upgraded LCLS-II will be able to shoot electron pulses and produce X-ray laser flashes up to one million times per second. LCLS-II will let scientists investigate microscopic phenomena in incredible detail and may ultimately lead to advances in storing energy and curing diseases.

The multifaceted nature of accelerator physics makes it an interesting challenge. On top of theory and simulations, Raubenheimer says, “you have to worry about plumbing, and all the details of how you support things, and what metals go in radiofrequency fields and what don’t. So it’s a very broad field. It requires expertise and knowledge across a wide set of disciplines.”

Many physics experiments involve either huge facilities and thousands of collaborators, like the Large Hadron Collider experiments, or smaller-scale equipment and a handful of researchers. For Raubenheimer, one of the draws of accelerator physics is working on large-scale projects in small teams, which lets him have his fingers in many pies.

“You’ll do the theory, you’ll do the simulation studies, and then you can do the experiments,” Raubenheimer says. “I like having large facilities to play with, but with a small group of people, you can really be involved in all aspects of the physics.”