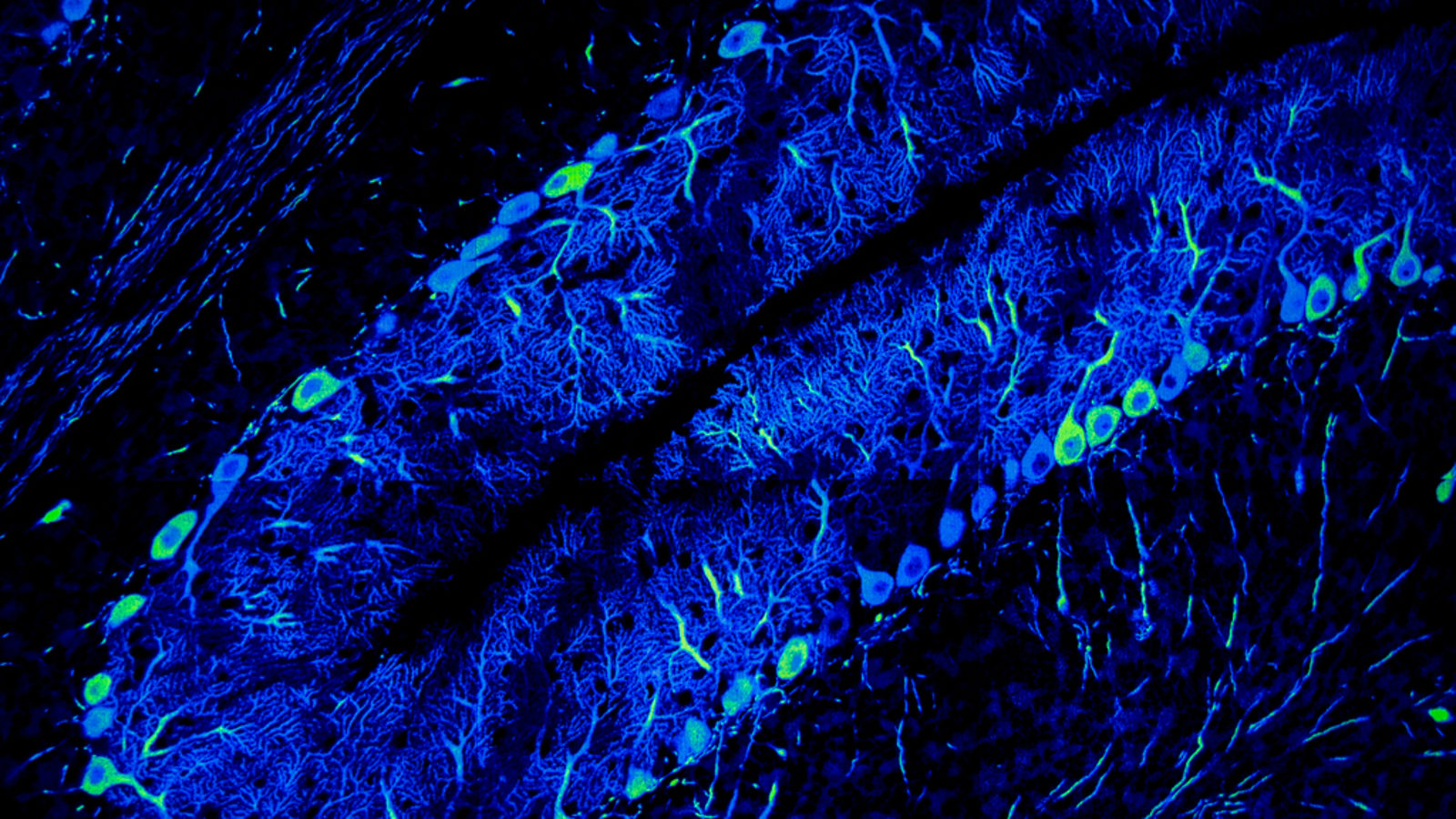 While we read, think, move or just perceive the world around us, thousands of neurons fire in our brain. Ions, like little messengers, jump from neuron to neuron and create a cascade of information transfer. Using a technique called single-molecule fluorescence imaging, neuroscientists can make these cascades glow.

David Nygren, a physics professor who studies neutrinos at the University of Texas at Arlington, was reading about how neuroscientists watch brain cells think. If Nygren’s brain cells had been lit up with fluorescence while he read, they would have looked like glowing trees branching up into the sky. He had an idea.

To conduct single-molecule fluorescence imaging, scientists release a dye into brain cells—they use rat brain cells—and hit them with light. The dye gets excited and starts to glow. This works because the dye attaches only to certain ions—calcium ions, which act as messengers between neurons.

“It hit me,” Nygren says, “calcium and barium are not that different.”

If this happened, scientists would have the answer to an important question in particle physics: Are neutrinos their own antiparticles? If two neutrinos canceled one another, physicists would know that neutrinos and antineutrinos are one and the same.

Neutrinoless double-beta decay would be an extremely rare process. In a ton of xenon this decay might happen only a few times in a year.

Most radioactive processes happen far more often than neutrinoless double-beta decay. And most materials on Earth include a small amount of naturally occurring radioactive elements. All of this creates a sea of ambient background radiation that scientists must find a way to filter out if they ever want to see evidence of neutrinoless double-beta decay.

“If they succeed in proving the principle of their detector concept, they will eliminate all background except for normal double-beta decay,” says Steven Elliot, scientist at the Majorana Demonstrator at Sanford Underground Research Facility. “This would be a great leap for our field and our understanding of the universe.”

Nygren took his idea to a group of fellow scientists at Arlington.

“We all had no background in biochemistry,” says Nygren’s colleague Ben Jones, an assistant professor. “But we dove into the topic to explore and adapt the technique for our needs.”

The group at Arlington released a calcium-tagging dye in an aqueous environment and found that it was able to grab barium ions and glow. The next step will be to test the technique in a dry environment; they want to eventually employ the dye in a xenon gas chamber.

“We are still at the beginning, but so far the idea to use this technique for our detector looks less crazy every single day,” says Austin McDonald, a research assistant at the University of Texas at Arlington. “We really hope we can realize this in a large-scale project.”