Lisa Randall’s Chicago appearance is one for the books 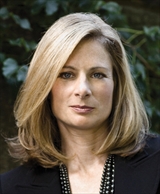 No sooner has she traded quips with Jon Stewart on “The Daily Show” (Stewart, slyly: “You’re really just making all this stuff up, aren’t you…”), than Randall appears at the lectern at the Cindy Pritzker Auditorium in Chicago’s Harold Washington Library.

The noted theorist and author is on tour with her new book, “Knocking on Heaven’s Door: How Physics and Scientific Thinking Illuminate the Universe and the Modern World.” Randall says that scales of measurement are the critical factor in studying the universe, the quantum world and our everyday experiences: We must be able to make measurements “on the scale that is most useful to what we want to see and what we want to know,” she says.

The resulting scale-appropriate observations comprise what Randall calls “effective information,” part of the larger category of “effective theory.” She states that phenomena beyond our current technical reach, by definition, won’t have any measurable consequences aside from those that are already taken into account.

Which brings us to the Large Hadron Collider at the European particle center CERN, with its unprecedented reach into high energy and subatomic scales. To Randall, the Frank B. Baird, Jr., Professor of Science at Harvard, the LHC has sufficient energy to test ideas about gravity and space, including supersymmetry, extra dimensions, strings and dark matter, and might even provide clues as to why gravity is “40 magnitudes weaker than electromagnetism.” She calls viewing the LHC tunnel, which forms a 16-mile-long circle, an “amazing experience.”

Randall sees an LHC future that might have already arrived: the possibility that the LHC might already have a sighting of the Higgs boson in its data. “We know its properties precisely. The ATLAS and CMS experiments might have actual data on it now, though of course they need time to analyze their data.”

Not that she’s ready to throw Fermilab, the dedicated U.S. particle physics laboratory, 45 miles west of Chicago, under the bus. “Now they’re exploring the intensity frontier, which will indirectly tell us what happens at high energies,” says Randall, a Fermilab summer student in 1982. “They also have very interesting experiments to study neutrinos.”

Results from two collider experiments at Fermilab, which stopped taking data at the end of September, will provide additional information on the Higgs this spring.

With the best-seller “Warped Passages” (2005) already to her credit, and with the constant motion of the national book tour, Randall continues to explore the intersection of science with the arts. She has written the text for an opera, Hypermusic: A Projective Opera in Seven Planes that premiered in Paris, and she has been a co-curator for a multimedia exhibit on the topic of scale (“Measure for Measure”), currently on display at Harvard.

And then there’s that title, at one level an adaptation of Bob Dylan’s song of the early 1970s. But Randall actually sees the meaning as closer to the Biblical, in a passage from Matthew: “Knock and it shall be opened unto you. . .” Her chapter titles often derive from popular culture: Living in a Material World, The Magical Mystery Tour, One Ring to Rule Them All. And when she signs her book, she adds: “Keep Trucking!” It is probably among the few links of physics and cosmology, with the late Jerry Garcia and The Grateful Dead. At the quantum level, and with the scope of Lisa Randall’s scientific vision, almost anything is possible.