Groove to the physics mix tape

The likes of Frank Sinatra, The Beatles, Janis Joplin, and Mick Jagger may have forever sealed the popular notion that musicians are the hallmark of cool. On the flip side is the popular notion of a physicist as uncool. Einstein may have been beloved, but in terms of cool, he did physicists in. No matter how much the scientific community may resist, it's hard to associate physics with the hip crowd.

The only way around this might be a direct tip of the hat from those music icons themselves. Perhaps surprisingly, this may already be happening. With a quick look through iTunes you might notice that a lot of popular musicians have taken a cue from physics.

This year, besides seeing the CERN Rap top the YouTube charts, physics got a big break on a big scale when legendary musician Beck released a single called "Gamma Ray." High-energy electromagnetic waves have never sounded so good.

Neil Young was spotted wearing a t-shirt bearing a design for a high-energy physics conference--if that doesn't convince you that physics is poetic, then nothing will--but he also wrote a song called "Transformer Man," with the lyric "Your eyes are shining on a beam through the galaxy of love." A little sappy, Mr. Young, but I like it anyway. Mary Abraham also combined physics and love in the song "Entropy," in which she croons "You give me light, you give me heat, but you never give me warmth, you're entropy."

Then there are bands that dedicate even more than a song title to physics. The band Hawkwind, a psychedelic troupe active in the late 1960s, were known for having a love of science fiction, but they often promoted real science, as with their 1977 album "Quarks strangeness and charm." The title song discussed how nerdy physicists like Einstein had trouble with the ladies, unlike the awesome rock stars. The band Modest Mouse seems to really straddle the line with many songs referencing math and physics concepts, such as "Perpetual Motion Machine," "She Ionizes and Atomizes," and "Calculus Man." And the science doesn't stop at the song titles. In the tune "3rd Planet," lead man Isaac Brock belts out, "The universe is shaped exactly like the Earth/If you go straight long enough you'll end up where you were." Songs about universal topology? Believe it.

On a similar note, the Irish band British Sea Power rails about the oh-so-confusing Planck scale and the entrance to the quantum world in the song "Atom": "Open the atom's core...When you get down, down to the subatomic part of it/that's when it breaks, you know/ that's when it falls apart." Then the song repeats, "I just don't get it."

Taking it one step further, here are a few musicians who dedicated their band names to math and science: Ingrid Lucia and the Flying Neutrinos

Jane Vain and the Dark Matter

Dark Matter (I found evidence of at least four bands with this name, although none of them big enough to elbow the other ones out)

Dark Room Notes (and their album "We Love Dark Matter.")

And of course, there are all the songs inspired by the starry skies and the physics going on way up there. Many of these songs are ballads inspired by earthly love, but many are tributes to the cosmos themselves. Here's my list of celestial gems: 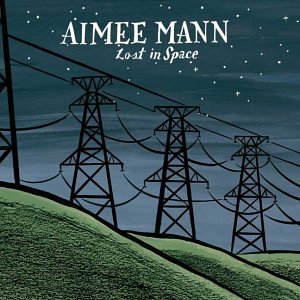 "Big Bangs, Black Holes and Meteorites"/ Love Is All

"Dark Center of the Universe"/Modest Mouse

"Center of the Universe"/Built To Spill "No Atmosphere"/A Band of Bees. All pulled together, here's my particle physics mix tape, which should satisfy the ears of the most general listener and tickle the fancy of the most ingrained PhD student: 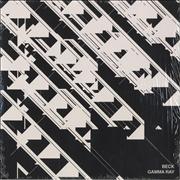 "The Universe!"/ Do Make Say Think "I Am A Scientist"/ Guided By Voices

"Make a Circuit With Me,"/ The Polecats

So is physics the new black? Is it the new subject about which every serious musician must write a song sooner or later? We won't tell the artists what to do; we'll just have faith in the awesome power of physics to inspire.