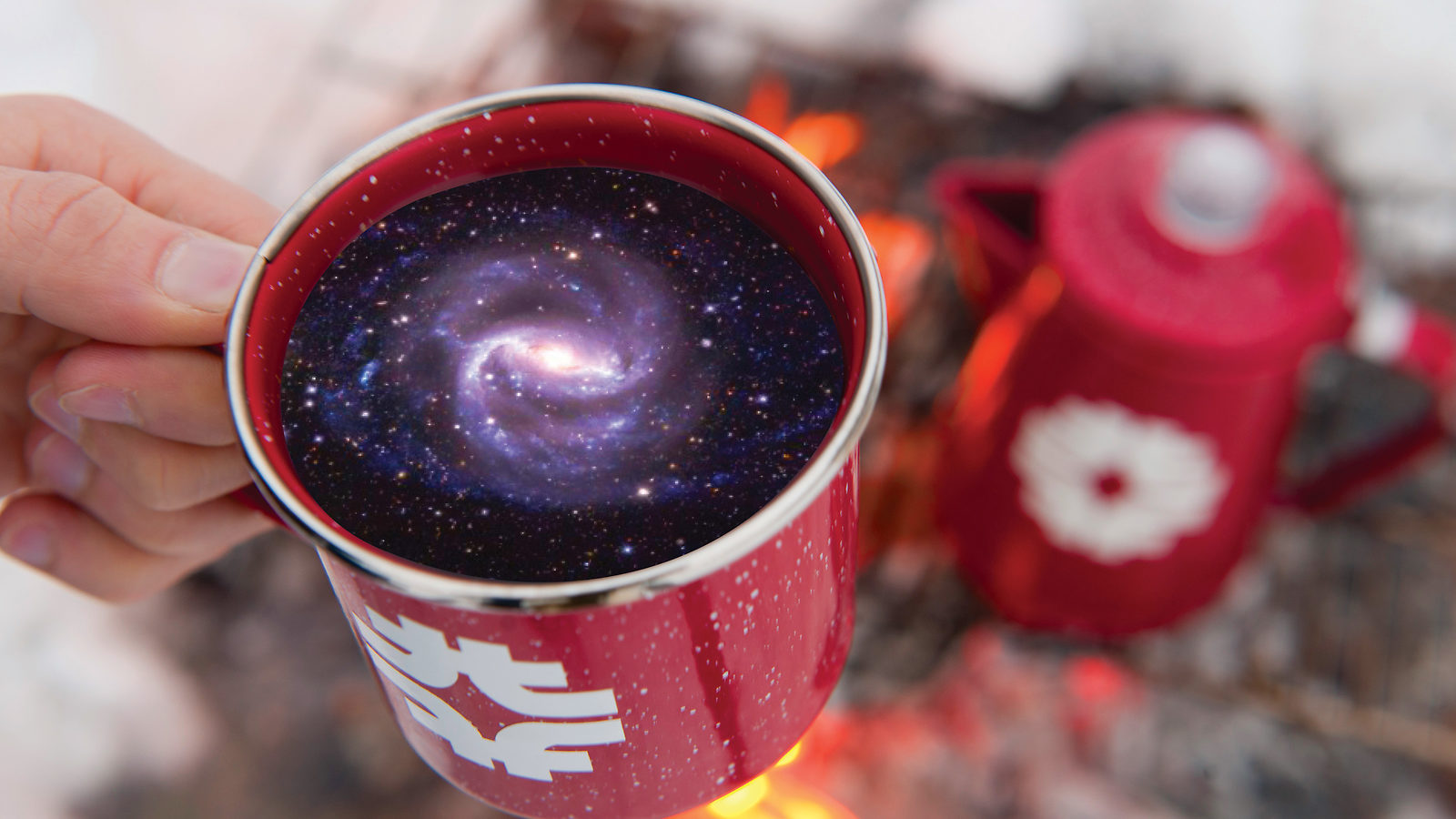 Mystery of the cosmos hidden in a coffee cup?

You will never look at your coffee the same way again.

Your coffee cup, it seems, can do much more than contain the jolt of energy you need to start your day. It may hold the key to understanding the mysterious 25 percent of the universe that acts as an invisible source of gravity holding galaxies together and influencing the motion of stars.

According to a Duke University study funded by the National Science Foundation,  “A Duke University professor and his graduate student have discovered a universal principle that unites the curious interplay of light and shadow on the surface of your morning coffee with the way gravity magnifies and distorts light from distant galaxies.”

“They think scientists will be able to use violations of this principle to map unseen clumps of dark matter in the universe.”

Perhaps all the secrets to the universe can be found in the crockery and glassware of the dinner table!

Update: Thanks to @kristazala for a great alternative title for this story in a tweet: “Coffee chiaroscuro explains dark matter in a light roast”