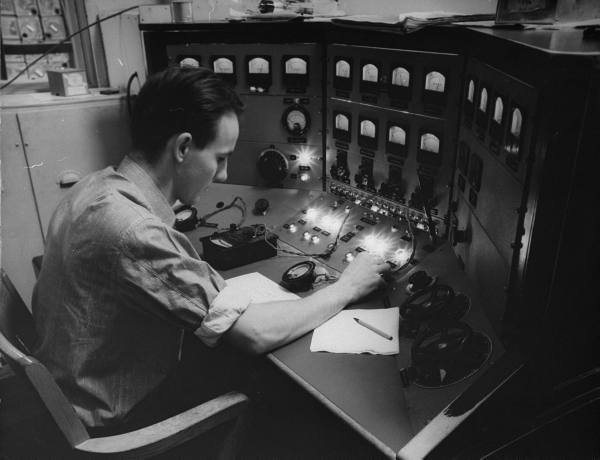 Yesterday's release of two million photos from the LIFE magazine archives -- most of which had never been seen by the public before -- has no doubt set off a global treasure hunt.  Google is digitizing the entire 10-million-photo archive and making it available through its image search.  From the announcement on googleblog:

The Zapruder film of the Kennedy assassination; The Mansell Collection from London; Dahlstrom glass plates of New York and environs from the 1880s; and the entire works left to the collection from LIFE photographers Alfred Eisenstaedt, Gjon Mili, and Nina Leen. These are just some of the things you'll see in Google Image Search today.

We're excited to announce the availability of never-before-seen images from the LIFE photo archive. This effort to bring offline images online was inspired by our mission to organize all the world's information and make it universally accessible and useful. This collection of newly-digitized images includes photos and etchings produced and owned by LIFE dating all the way back to the 1750s.

Only a very small percentage of these images have ever been published. The rest have been sitting in dusty archives in the form of negatives, slides, glass plates, etchings, and prints.

Fermilab physicist Bill Higgins has posted several choice nuggets on his blog, Eponymously Yours, W. Skeffington Higgins, including the photograph of the Berkeley cyclotron control room above, shot by Peter Stackpole in 1939.

Looks like this initial batch reaches only into the 1970s;  there are no images of the Tevatron accelerator at Fermilab or the SLAC linear collider, let alone the Large Hadron Collider on the Swiss-French border, which is scheduled to re-open next summer.

But there are some lovely sights amongst the older stuff:

The tracks of particles emanating from a speck of radium placed on a photographic plate, 1949.

A chain of nails held together by a powerful magnetic field at Columbia University's new cyclotron in 1948.

A cartoon tacked to a Berkeley cyclotron bulletin board, 1939.  In front of a wrecked cyclotron,  one scientist says to another, "Toughest damn atom I ever saw!"

Cyclotron inventor and Nobel laureate EO Lawrence on the cover of Time, 1937.

Drawings of Albert Einstein and Paul Painleve discussing mathematics at the College de France in 1921.

The oldest item I could find is not physics-related but I thought it deserved a mention:  this 1754 engraving of Sir Francis Drake being knighted by Queen Elizabeth I.

In related news, Cosmic Variance has dug up photos of unsung astronomy hero Walter Baade and other astronomical grooviness.