In a press conference this morning, Abe Seiden of the University of California, Santa Cruz, showed a great timeline that plots the amount of data to be collected at the Large Hadron Collider against time, and then pointed out where physicists expect to make certain discoveries if nature has those discoveries waiting to be made. See the graphic below.

In summary, here are the potential milestones with my comments on each:

2010/2011: Higgs particle--if it is around 120 GeV in mass. (The lower energy is harder to see because at that energy, it would decay with the key signature involving photons. However, other decays also have similar photons so you need better statistics to tell the difference. A Higgs at higher energy would probably decay primarily into W bosons, with very obvious characteristic jets of particles coming out of the collision.)

2012: Extra dimensions of space--if the energy scale is 9 TeV

2012: Compositeness--if quarks are actually composite particles instead of being fundamental and that composite nature reveals itself on an energy scale of 40 TeV.

2019: Z'--if there is a new type of force that comes into play around the 6 TeV energy scale. If it does, the particle that communicates the force is represented by the temporary name Z' in analogy with the Z that transmits the weak force.

This timeline is of course dependent on the LHC starting up according to the current plan. The director-general of CERN recently made a statement that said CERN plans to have the LHC cooled down by mid-June with first beam injection two months later. The world is waiting excitedly! 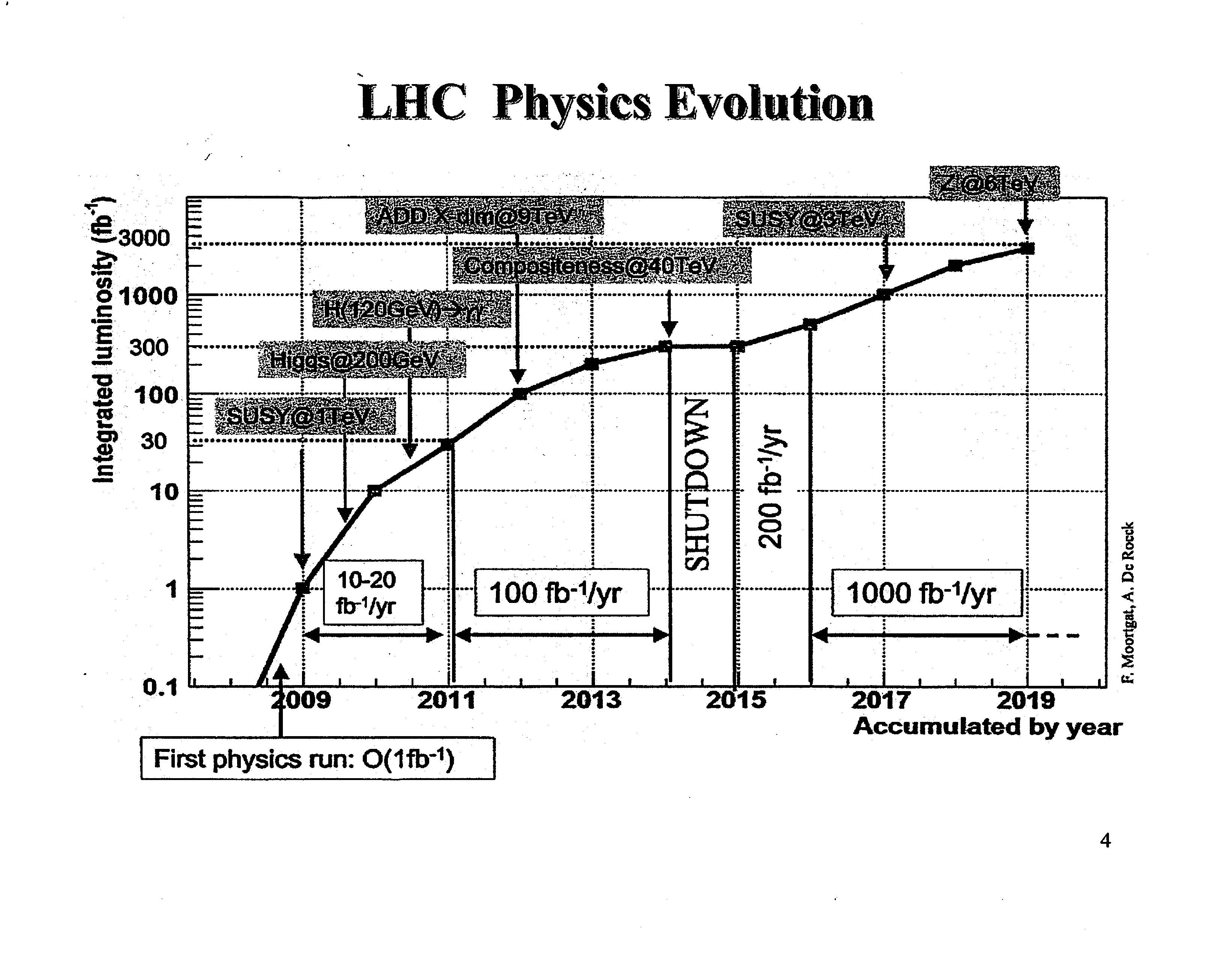