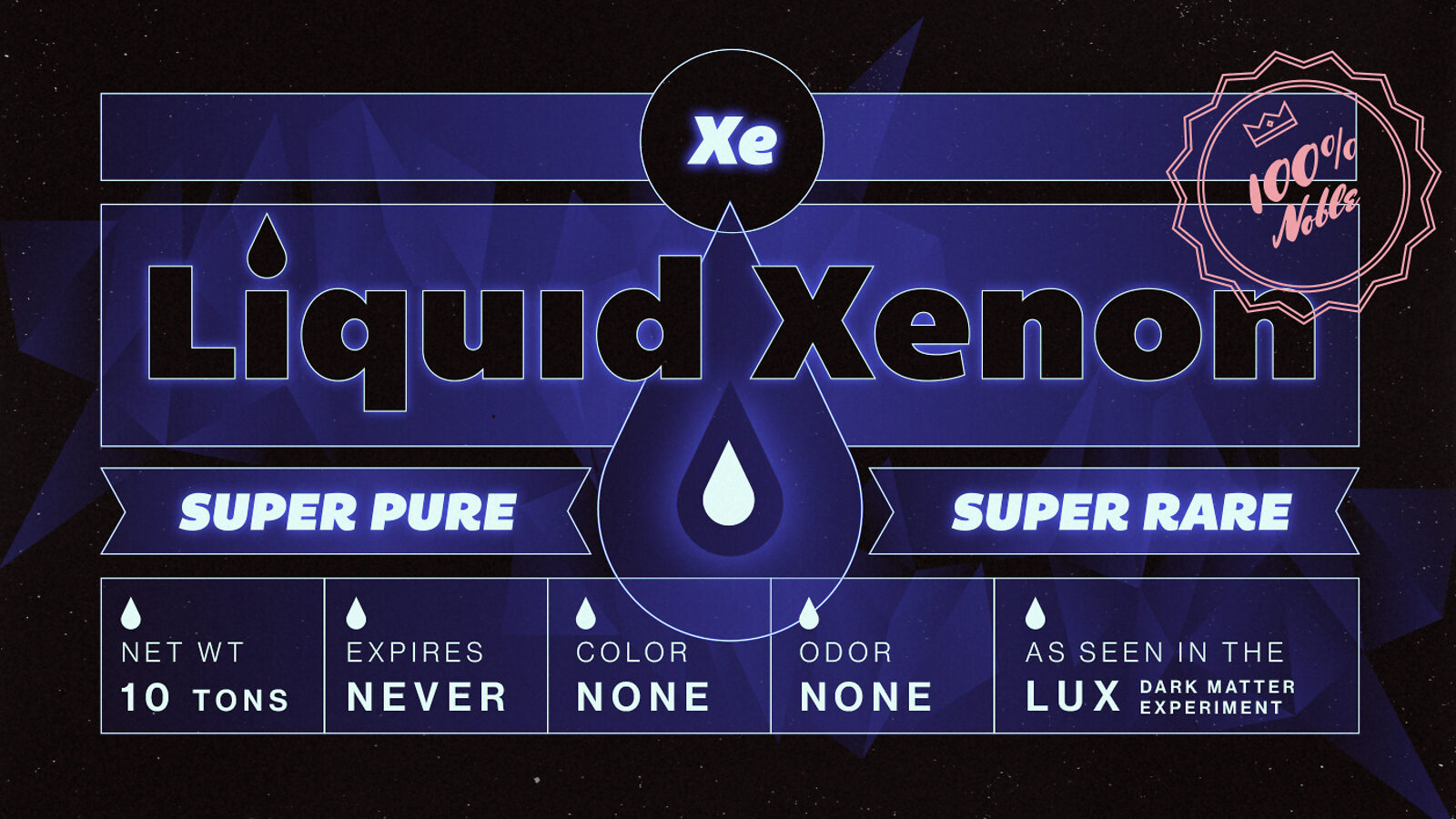 So, you want to buy some xenon to try to detect dark matter deep underground. Not a problem. There’s a market for that, with a few large-scale suppliers.

Looking for large amounts of xenon is a bit like searching for dark matter: It’s all around us, but it’s colorless, odorless and hard to separate from everything else. Xenon is in the air that we breathe, but it’s also one of the rarest elements on Earth.

There is about 1 part xenon in every 11.5 million parts of air. The global industry that extracts liquid xenon produces a total of about 40 tons of xenon per year, so 10 tons is a very tall order.

“Buying several tons per year won’t perturb the market too much,” says Thomas Shutt, a SLAC physicist who, along with physicist Daniel Akerib, left Case Western Reserve University in Ohio last year to join SLAC National Accelerator Laboratory. “If you buy 10 tons in a year that's a quarter of the market.”

Akerib and Shutt are heading up SLAC’s effort in the planned LUX-ZEPLIN, or LZ, experiment, one of the largest-scale efforts to find dark matter particles. Like its smaller predecessor experiment, called LUX (for Large Underground Xenon), LZ will be filled with supercooled liquid xenon.

Xenon, like several other rare gases, can emit flashes of light and electrons when its atoms are hit by other particles. The LZ detector will sit 1 mile underground at the Sanford Underground Research Facility in Lead, South Dakota, shielded from most other particles, and wait to see signals from dark matter particles.

“Xenon has really good stopping power,” Akerib says. Its liquid form is so dense that aluminum can float on it. It is particularly sensitive to passing particles.

Xenon is used in more than just dark matter experiments. It is also in demand as a component in halogen lights such as the bluish headlights in some vehicles, in the bulbs for other specialized lighting such as flash lamps that drive lasers, and as a propellant for satellites and other spacecraft. It is also used in semiconductor manufacturing and medical imaging, and it has been used as an anesthetic.

Xenon is a by-product of the steel-making process, which uses liquid oxygen to wash away contaminants on the surface of molten iron. Russia, South Africa and Saudi Arabia are among the major producers of xenon. Russia became a major player in this market during the era of the Soviet Union, when steel-making was largely centralized.

Shutt says extracting its own xenon from air was not an option. “If we had to start from scratch in refining xenon, it would be vastly more expensive,” he says.

The LZ team plans to acquire xenon over the next 3 to 4 years.

There is no expiration date on xenon, Shutt said; it just needs to be tightly contained so no venting occurs. “The xenon we use we can put back on the market or put to other scientific uses after the LZ experiment is complete,” he says. “It’s around forever.”

To ensure that the dark matter detector is ultrasensitive, the LZ team is building a purification system at SLAC National Accelerator Laboratory to remove krypton, another rare gas that can get mixed in with liquid xenon. LUX started with xenon that had 100 parts of krypton per billion and purified it down to four parts per trillion, and LZ needs xenon purified to a standard of 0.015 parts krypton per trillion—a factor of 300 purer.

Shutt jokes that, while LZ is all about particle physics, “we have become armchair chemical engineers” in the process of putting the experiment together.

The current plan is to purify the xenon in 2018, and to run each batch through the purification process twice. The process is expected to take several months in total. LZ is scheduled to start running in 2019.