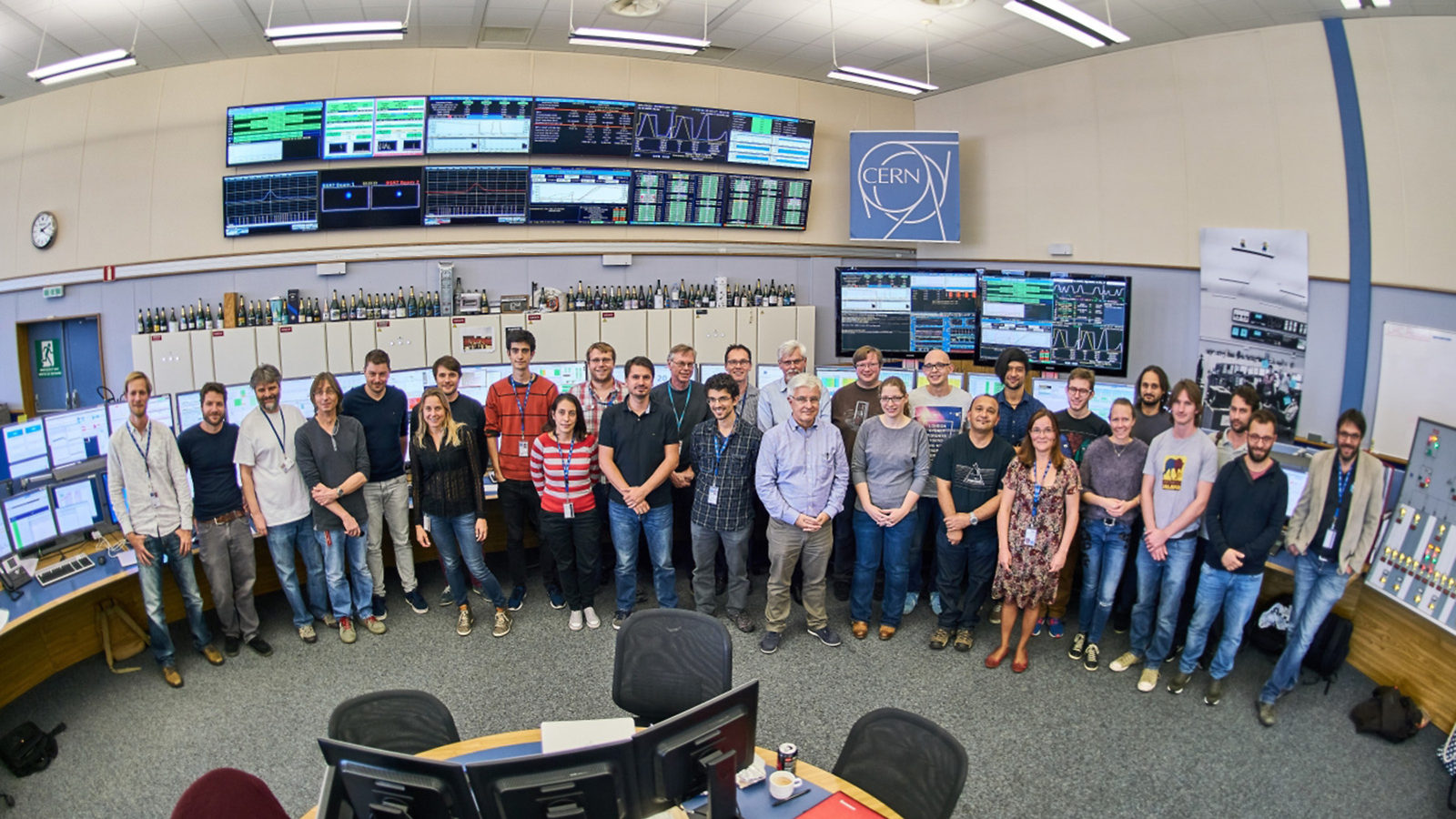 Most of the year, the Large Hadron Collider at CERN collides protons. LHC scientists have also accelerated lead nuclei stripped of their electrons. Today, for just about eight hours, they are experimenting with a different kind of nucleus: xenon.

Xenon is a heavy noble gas that exists in trace quantities in the air. Xenon nuclei are about 40 percent lighter than lead nuclei, so xenon-xenon collisions have a different geometry and energy distribution than lead-lead collisions.

“When two high-energy nuclei collide, they can momentarily form a droplet of quark gluon plasma, the primordial matter that filled our universe just after the big bang,” says Peter Steinberg, a physicist at the US Department of Energy’s Brookhaven National Laboratory and a heavy-ion coordinator for the ATLAS experiment at CERN. “The shape of the colliding nuclei influences the initial shape of this droplet, which in turn influences how the plasma flows and finally shows up in the angles of the particles we measure. We’re hoping that these smaller droplets from xenon-xenon collisions give us deeper insight into how this still-mysterious process works at truly subatomic length scales.”

Not all particles that travel through CERN’s long chain of interconnected accelerators wind up in the LHC. Earlier this year, scientists were loading xenon ions into the accelerator and firing them at a fixed-target experiment instead.

“We can have particles from two different sources feeding into CERN’s accelerator complex,” says Michaela Schaumann, a physicist in LHC operation working on the heavy-ion program. “The LHC’s injectors are so flexible that, once everything is set up properly, they can alternate between accelerating protons and accelerating ions a few times a minute.”

Having the xenon beam already available provided an opportunity to send xenon into the LHC for first (and potentially only) time. It took some serious additional work to bring the beam quality up to collider levels, Schaumann says, but today it was ready to go.

“We are keeping the intensities very low in order to fulfil machine protection requirements and be able to use the same accelerator configuration we apply during the proton-proton runs with xenon beams,” Schaumann says. “We needed to adjust the frequency of the accelerator cavities [because more massive xenon ions circulate more slowly than protons], but many of the other machine settings stayed roughly the same.”

This novel run tests scientists’ knowledge of beam physics and shows the flexibility of the LHC. Scientists say they are hopeful it could reveal something new.

“We can learn a lot about the properties of the hot, dense matter from smaller collision systems,” Steinberg says. “They are a valuable bridge to connect what we observe in lead-lead collisions to strikingly similar observations in proton-proton interactions.” 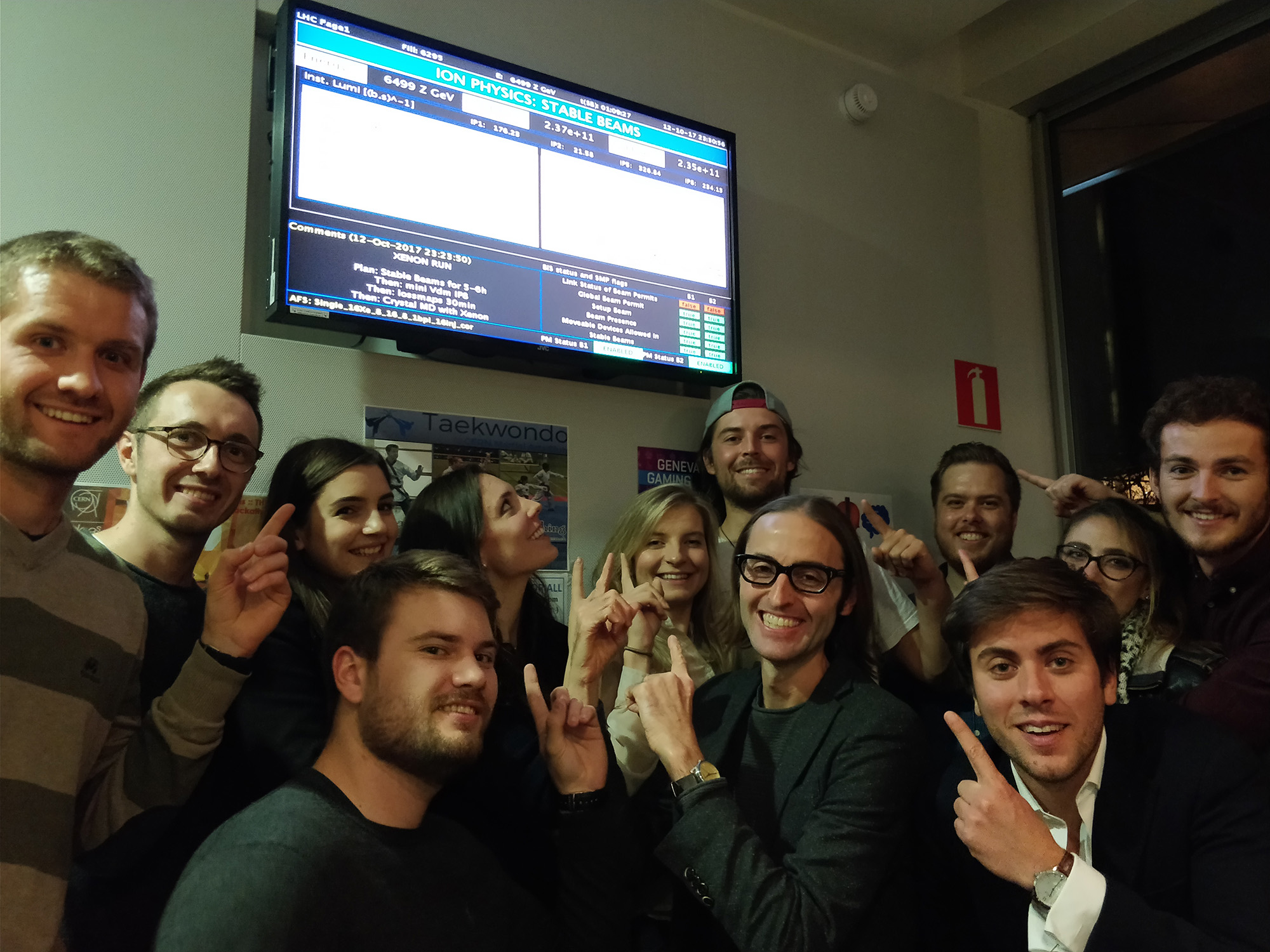 A crowd at CERN stays up through the night to watch the xenon-xenon collisions begin.