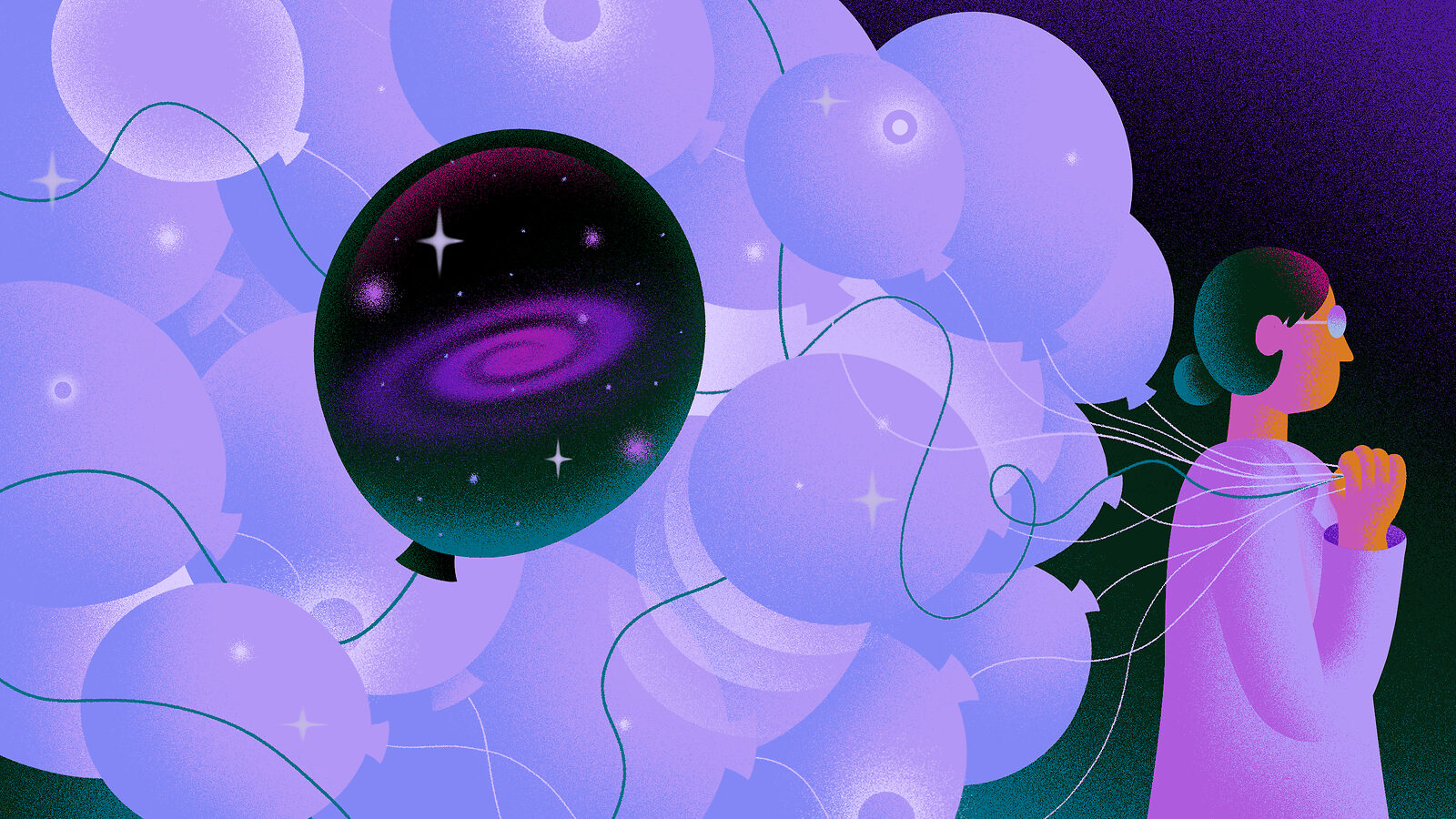 Of all the known elementary particles, neutrinos probably give physicists the most headaches.

These tiny fundamental bits of matter are the second most common particle in the universe yet are anything but ordinary. Since their discovery, they have taunted scientists with bizarre behaviors, some of which physicists have yet to comprehend.

This mismatch between experiments and predictions has opened a whole subfield in the study of neutrinos since it was first identified in the early 2000s.

While the answer to the mystery could provide physicists with a better understanding of neutrinos, it might also reveal new insights into the fundamental workings of the universe.

At the heart of the short-distance miscounts are so-called short-baseline neutrino experiments. Such experiments typically have a well-understood source or a beam of neutrinos in one location and, some distance away, a detector that can identify one or more of the three different known types of neutrinos—electron neutrino, muon neutrino, and tau neutrino. These experiments look to see if what interacts with the detector is what scientists expect, based on what they know about the neutrinos coming from the source.

This should be straightforward, but unlike most other particles, neutrinos are shape-shifters. Instead of being one thing their whole lives, neutrinos change their type—or “flavor,” as physicists say—as they travel. Similar to how photons travel as waves but interact as particles, each neutrino travels as a probabilistic mix of the three different flavors. Only when it interacts does it settle on a single one. Physicists call this neutrino oscillation.

“A neutrino particle doesn't just have one flavor, and the chance you’ll see it as a certain flavor comes down to probability,” says Zara Bagdasarian, an assistant project scientist at the University of California, Berkeley. “It is essentially a quantum phenomenon.”

Of the three different neutrinos, each has a different probability of interacting as each of the three flavors. Additionally, each has a unique mass, so it travels at its own speed. In the end, this means each flavor has a greater likelihood of showing up at some distances than others. The theoretical framework that describes neutrino oscillations tells physicists how many neutrinos of each flavor should show up at different distances.

But time after time in these short-baseline experiments, including experiments at beam lines and at nuclear reactors, predictions seem to be wrong. In some experiments, too many electron neutrinos appear, while in others, too few show up. These counting mismatches are called short-baseline anomalies.

In the two decades since the anomalies were first discovered, scientists have come up with several guesses about what might cause discrepancies. To test the merits of these ideas, they are working on several ongoing and upcoming experiments.

“At this point there's a plethora of guesses,” says Georgia Karagiorgi, associate professor of physics at Columbia University. “However, there's not a clear best guess because no single model can explain all anomalies simultaneously.”

Ghosts in the machine

A potential explanation for short-baseline anomalies could be that there’s something wrong in the experiments. When major experiments are built, researchers spend years making sure they can account for any uncertainties coming from within the system. But there’s always a chance something gets missed.

This, however, is unlikely, Karagiorgi says. If there were only one neutrino experiment seeing these anomalies, it could be plausible that the experiment itself was at fault. But the miscounting shows up again and again in different types of experiments.

“It’s possible we are not understanding our detectors as well as we think we do,” Karagiorgi says. “But when you see multiple anomalies show up in in multiple sectors, then it starts to become a little bit curious.”

The anomalies could also be due to something missing in physicists’ understanding of how the three known neutrinos normally oscillate or interact with normal types of matter, including the matter that makes up particle detectors. If this were the case, understanding the anomaly could help refine the Standard Model, the theoretical framework that describes the interactions of all fundamental particles and forces. It could fill holes in our understanding of neutrino physics, says Pedro Machado, a theoretical physicist at the US Department of Energy’s Fermi National Accelerator Laboratory.

“If you look at the events, anomalies only show up 0.3% of the time.” Machado says. “So even a small misunderstanding of neutrino interactions or the backgrounds in the detector could actually lead to the explanation of the anomaly.”

While there are not yet any satisfactory explanations of what might be missing from the Standard Model to allow the anomaly, physicists are still exploring new ideas.

Another explanation for the anomalies is the influence of one or more additional, as-yet undetected type of neutrino. These neutrinos would interact only through gravity, not the weak nuclear force as other neutrinos do, earning them the name “sterile neutrinos.”

While heavy sterile neutrinos have been proposed as a candidate for dark matter, the type of sterile neutrino that would cause short-baseline anomalies would be quite light, with the mass of only a few electronvolts—closer to the tiny masses of the three known types of neutrinos. Simple explanations propose there’s one type of light sterile neutrino, but other models suggest there could be many of them.

Recently, the MicroBooNE experiment, a large liquid-argon particle detector at Fermilab, has been on the look-out for sterile neutrinos, whose signature would be revealed by extra electrons. So far, they haven’t found proof of a fourth neutrino. While the results don’t look promising for sterile neutrinos, scientists haven’t fully ruled them out, Machado says.

“I would like to see more data,” he says. “This is such a big question that I think we really need to rule this thing out once and for all to be confident that there’s not something still hiding out there. If we can’t do it, then we will know we are on to something big.”

Neutrinos from the darkness

If sterile neutrinos aren’t to blame, the anomalies could be coming from an entirely different kind of neutrino—a dark neutrino.

Unlike sterile neutrinos, which would add to the three-neutrino framework as a fourth neutrino flavor, the proposed dark neutrinos would be another breed altogether. Dark neutrinos would be a part of what’s known as the dark sector, an area of physics that includes things like dark energy, dark matter and other particles that mediate interactions between the dark sector and the everyday particles we know.

Since neutrinos are never directly seen in experiments—detectors only catch an electron, muon or tau particle in the aftermath of a neutrino’s collision with an atomic nucleus in the detector material—it is possible that dark neutrinos have been masquerading as electron neutrinos this whole time.

In short-baseline experiments, beams of muon neutrinos might collide with other particles along their path to the detector. It’s possible some of these collisions could create a dark neutrino and a particle called a gauge boson. The dark neutrino would escape undetected, but the gauge boson could decay into an electron and a positron pair. In this case, the excess of electron-positron pairs thought to indicate extra electron neutrinos could instead be a sign of a new dark neutrino. It’s one of many ideas under consideration.

Over the next couple of years, several neutrino experiments will look specifically at the short-baseline anomalies. Experiments such as MicroBooNE are currently looking for signatures of light sterile neutrinos. Other experiments, like Fermilab’s full Short-Baseline Neutrino program and a Sterile Neutrino Search at the Japan Proton Accelerator Research Complex, will look for signatures that can differentiate between sterile neutrinos and other exotic varieties, like dark neutrinos.

“These are all experiments that the community has been investing in over the last decade, and now we’re finally seeing them happen,” Karagiorgi says. “The next few years are going to be very exciting.”

With their high precision and advanced technology, these experiments will also be able to look into other mysteries about neutrinos.

“Sometimes it's the smallest mismatches between our theoretical understandings and experiments that open up a whole new field,” Bagdasarian says. “In many ways the mystery of neutrino physics is intertwined with mysteries of the universe as a whole.”