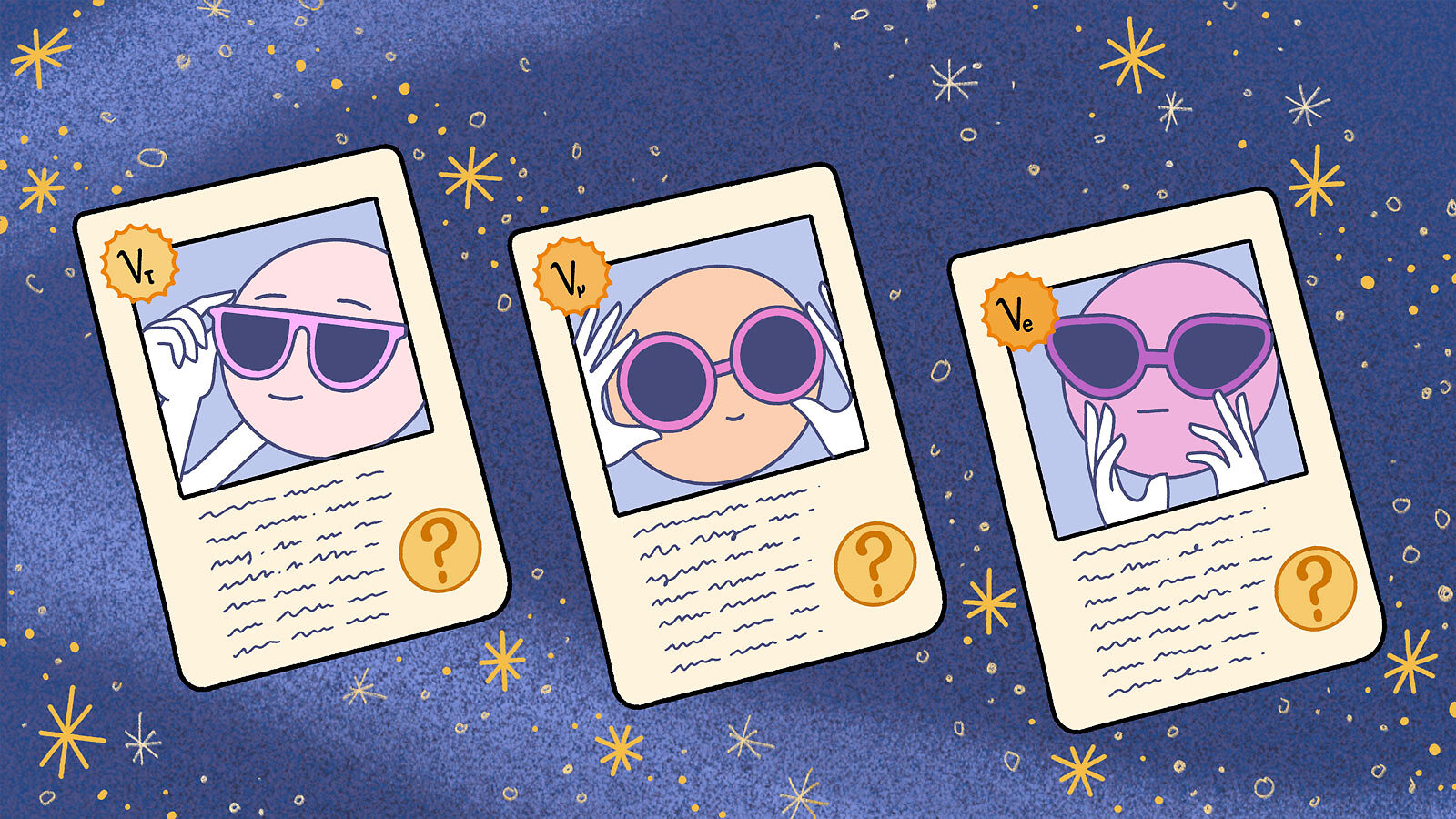 Neutrinos are the featherweights of the subatomic world. These extremely plentiful, rarely interacting particles are at least 500,000 times lighter than electrons. They are produced in the sun, in exploding stars, and in decay processes on Earth—even ones in your own body. But they interact so infrequently with other matter that you’d hardly know there are so many of them around.

For decades physicists thought these ghostly particles were massless. But experiments revealed that neutrinos do have mass. In fact, there are three types of neutrinos and three different masses.

Scientists have yet to measure the exact value of any of these masses. But even finding out which neutrino is the heaviest would be a huge leap in our understanding of both neutrinos and the physics that govern our universe. A lot rides on the answer to this puzzle, known as the “neutrino mass hierarchy” or “neutrino mass ordering.” 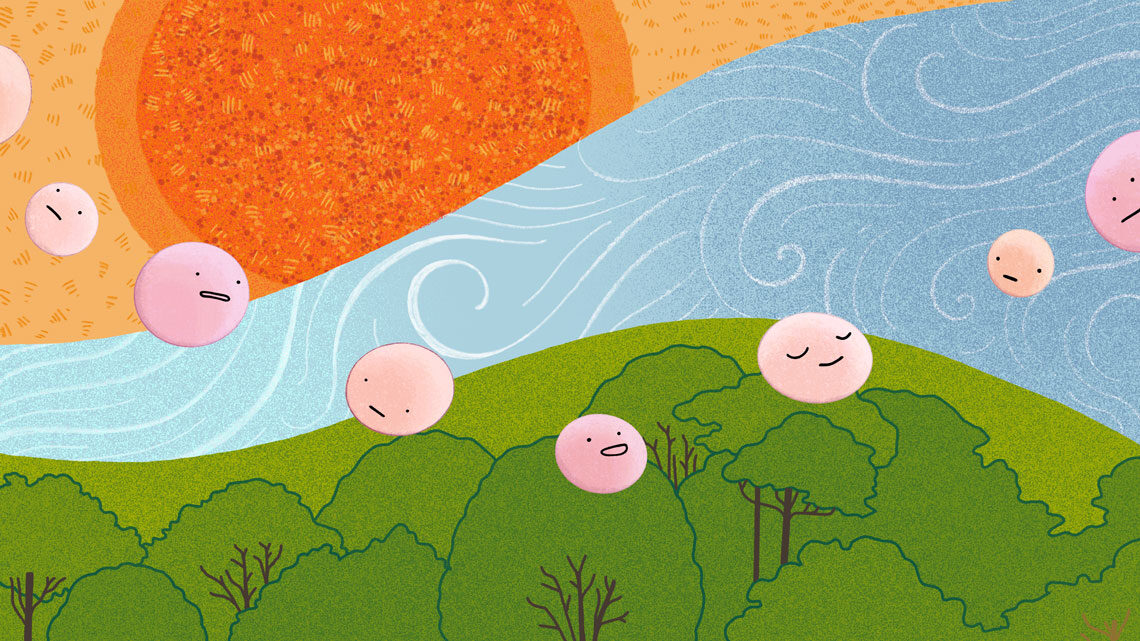 Neutrinos interact with matter as electron neutrinos, muon neutrinos or tau neutrinos, named after the partner particles they like to hang around with. And neutrinos can oscillate, meaning they shift between those three identities.

The nuclear processes in the sun’s core generate a deluge of electron neutrinos, many of which turn into muon and tau neutrinos by the time they reach Earth. When high-energy particles strike Earth’s atmosphere, muon neutrinos are created; they may oscillate to electron or tau neutrinos before being detected.

But the three types of neutrinos do not correspond directly to the three masses. Instead, there are three “neutrino mass states” numbered 1, 2 and 3, each with different likelihoods of interacting with matter as an electron neutrino, a muon neutrino or a tau neutrino.

Knowing the rates at which neutrinos oscillate from one type to another allows scientists to make some inferences about the relationships between the three mass states. Careful measurements of solar neutrinos show that the second mass state is only slightly heavier than the first. Measurements of the oscillations of atmospheric and accelerator-made muon neutrinos indicate a large difference in mass between the third mass state and the other two.

But so far scientists have been unable to determine whether mass state 3 is much heavier or much lighter than states 1 and 2.

To distinguish between the “normal mass hierarchy” (the order 1, 2, 3) and the “inverted mass hierarchy” (3, 1, 2), researchers fire beams of neutrinos through hundreds of kilometers of solid rock in what are called “long-baseline” neutrino experiments.

“When a neutrino is traveling, the electron neutrino part of it wants to interact with the electrons in the Earth, and the muon and tau neutrino parts are unaffected,” says Zoya Vallari, a postdoc at Caltech. “This extra impact affects how much oscillation will happen.”

The current leading long-baseline experiments—the NOvA experiment in the United States and the T2K experiment in Japan—have helped refine scientists’ understanding of oscillation. But their measurements of the mass hierarchy so far remain inconclusive. 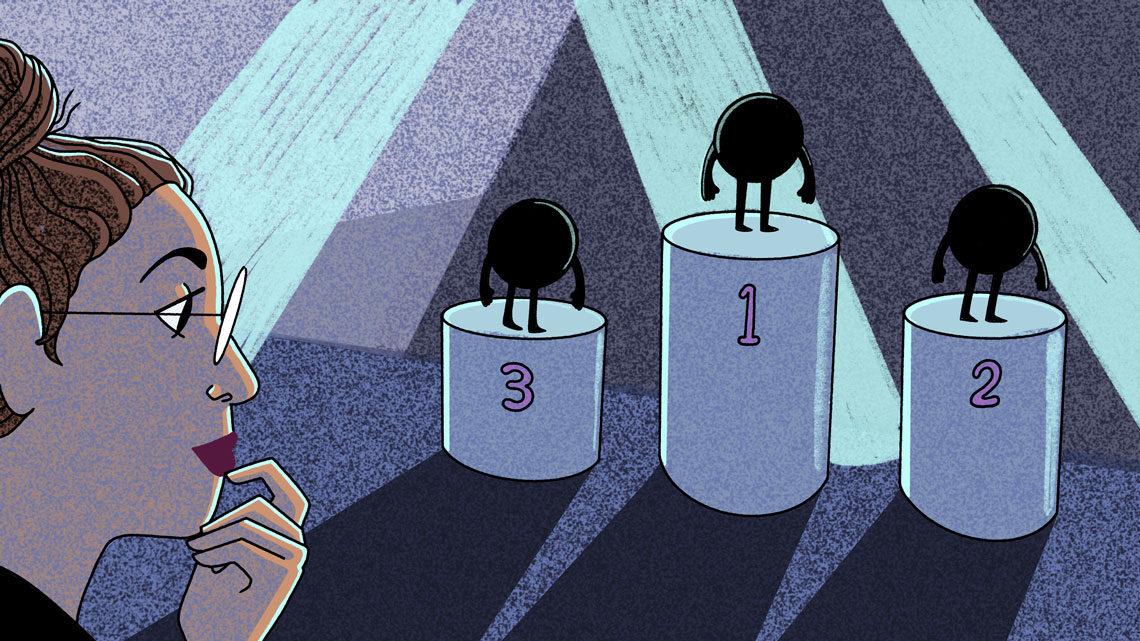 Whether the third neutrino is the lightest or the heaviest carries massive implications (pun intended) for our understanding of these abundant particles. For instance, the source of neutrinos’ mass remains unknown. Determining if it is akin to the Higgs mechanism, which is responsible for other particles’ mass, depends in part on figuring out the hierarchy.

Also, since neutrinos have no electric charge, they could theoretically be their own antimatter particles. Knowing the mass ordering will guide experiments that are testing this hypothesis, a gateway to deep questions about the entire universe.

NOvA currently does not see a strong asymmetry between neutrino and antineutrino oscillations. The T2K experiment has reported tantalizing evidence that neutrinos may oscillate differently than antineutrinos. T2K is currently undergoing an upgrade, and NOvA will continue collecting data through the middle of the decade.

For Vallari, too, the inverted hierarchy would be more “fun,” but “if I had to place a bet, I would do it on the normal hierarchy,” she says. 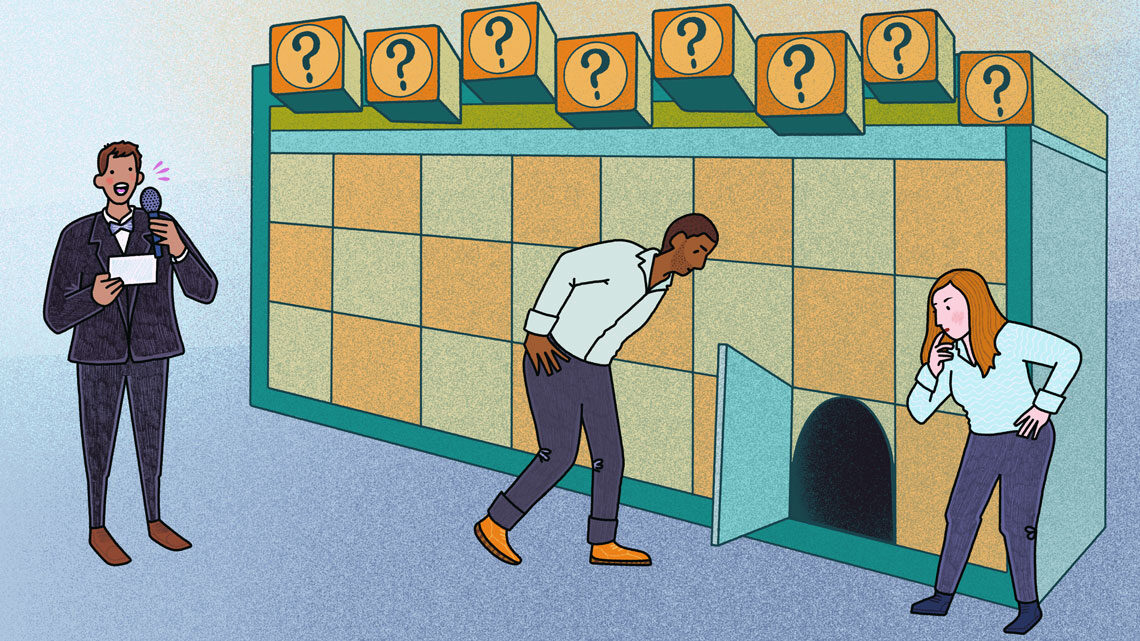 An answer within reach

Unlike many mysteries in particle physics, the neutrino mass hierarchy has a clear path toward resolution. The answer lies well within the capabilities of the next generation of experiments.

The Deep Underground Neutrino Experiment, an international experiment hosted by Fermilab and scheduled to come online in the late 2020s, will send neutrinos on an about 800-mile journey from Illinois to South Dakota—60% farther than NOvA, providing more matter for the neutrinos to interact with. Both experiments receive support from the DOE Office of Science and other funding agencies.

Such a long voyage will amplify the Earth’s influence on neutrino oscillations, enabling researchers to tease out the mass hierarchy, says Vallari, who is part of the DUNE and NOvA collaborations. In Japan, the planned Hyper-Kamiokande upgrade to the T2K experiment should also yield an answer within a few years of data collection.

“I feel pretty confident in saying that in the early 2030s, we should have a definitive measurement of the mass hierarchy from at least one of the experiments,” Vallari says.

Even then, we will know only the differences between the three neutrino masses—the overall magnitude of the masses will remain a mystery.