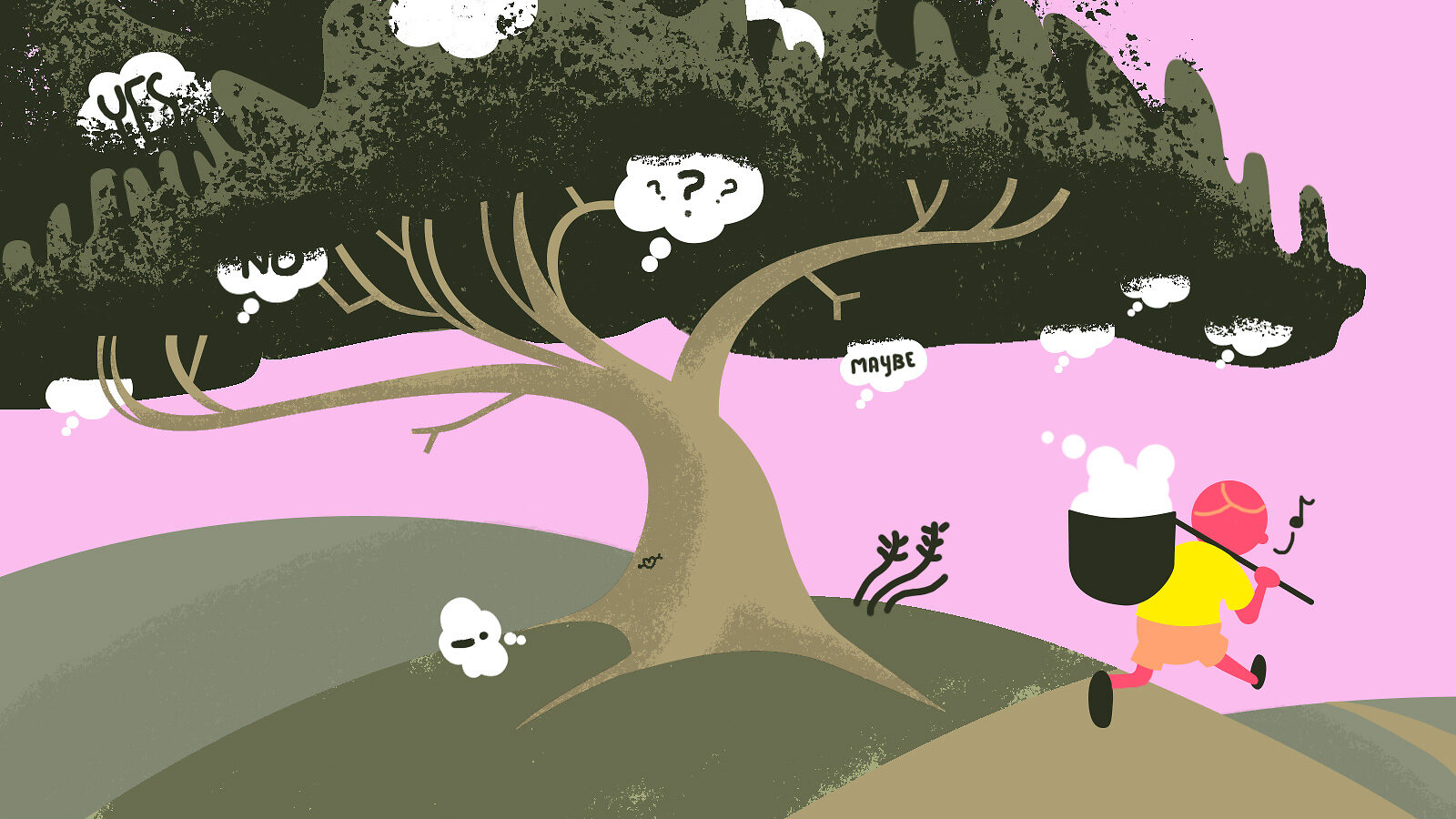 It could be the smell of chlorine, or the patterns of light dancing along the bottom of the pool. For whatever reason, the recreation center at the University of California, Riverside is Flip Tanedo’s muse.

“The sparks of creativity show up in the swimming pool, when I’m not pushing myself to think about physics,” says Tanedo, who is a theorist and assistant professor at UC Riverside. “When you turn off your brain, something is still chugging away.”

“Before going to sleep, I’ll start reading some papers related to what I’m working on,” says Woit, who is a theorist and mathematician at Columbia University. “They put me to sleep fairly quickly. And then I’ll wake up in the morning with some new ideas.”

Stories of sudden revelation make the work of a theorist seem somewhat passive, or even divine. But the bulk of a theorist’s time is spent actively creating the conditions for a new idea to appear.

New ideas for theories come from keeping up with the latest research, trying and failing and trying again, and using all of the wrong turns to map out a clear and convincing path to the right answer.

Dorota Grabowska has been a physics enthusiast since childhood. Grabowska still enjoys tossing around ideas with climbing buddies and people on Twitter, as a hobby.

But in college, physics morphed from a hobby into a career.

“I’m 33 now,” says Grabowska, who is a fellow in CERN’s theory group. “Physics has been my full-time job since I was 18. That’s—oh god—15 years of accumulated knowledge and discussions.”

Those years of effort enabled Grabowska to do theory work beyond dreaming up “what ifs” on the climbing wall.

If someone is serious about developing a new hypothesis, Grabowska recommends they hit the books. “There is such a massive base of knowledge that it can be hard for someone who hasn't been soaking in the academic physics world to judge the validity of their idea,” Grabowska says. “It’s difficult to come up with a new idea if you don’t know what has already been conceived, tested and discarded. It has nothing to do with innate talent.”

Even for experts, staying current on the latest developments in theoretical physics can be a challenge. Theorist Sophie Renner starts her workday by going online and checking arXiv.org, a continually updated online repository of research papers.

“I’ll skim the titles and abstracts and see if there’s anything I want to read more deeply,” says Renner, who is also a fellow in the CERN theory group. “Most people do this every day because otherwise you’ll miss things. If there’s an interesting paper, you’ll ask your colleagues: Have you read it, and what do you think?”

When experimentalists report seeing something unexpected, Renner’s ears perk up.

“It’s an obvious starting point,” she says. “There’s something weird in the data—let’s think about that.”

Renner is currently mulling over odd results from multiple experiments: BaBar, Belle and most recently, LHCb. In certain decays of composite particles called B mesons, scientists have detected slightly more electrons than muons.

“The muon is just a slightly heavier copy of the electron, so the ratio should be the same,” she says. “But they didn’t see that. This is unexpected and beyond our current theory.”

Once she’s identified a potentially interesting anomaly, Renner thinks through the possible implications to home in on a specific and manageable question.

“Maybe there’s some new force or particle which distinguishes between muons and electrons,” she says. “Maybe we can connect it with some other strange measurements. The Muon g-2 experiment is an obvious connection because it also studies muons.”

Work with a capital ‘W’

Once a physicist knows what question to ask, they can start developing and testing possible answers. Tanedo describes this part of the process as, “Work with a capital ‘W.’”

“When I’m not teaching, it’s between 8 and 11 in the morning,” Tanedo says. “It’s early enough that my grad students haven’t woken up, so it’s pretty quiet.”

“You start with one tweak of one theory and then hammer everything you can,” he says. “And when you realize that your one, little, dinky theory cannot answer your questions, you realize how your theory fails.”

Repeated failure is an unavoidable part of the creative process of theory building, Tanedo says. “You are defined more by how you fail and how you get up than by how you succeed.”

A moment of clarity

Eventually, Tanedo reaches his limit. “Right around when I’m starting to get hungry is when I hit my maximum grumpiness,” Tanedo says.

He breaks for lunch and then walks across campus to the UCR Recreation Center.

When Renner reaches this point, she takes a stroll through the fields behind the ATLAS experiment at CERN.

“If you’re banging your head against a problem, then doing literally anything else is best. You’re doing something else, but the problem still runs in the background.”

When the mind wanders, sometimes a new connection is made. “You can often borrow ideas or techniques from things that seem unrelated,” Renner says.

Renner will suddenly stumble upon a smooth solution to her gnarly problem.  But the relief of the moment is short-lived, Renner says. “I find it a bit of an anticlimax because I have a very brief ‘Aha’ moment and then it immediately turns into frustration. I’m angry at myself for not seeing it earlier.”

But Renner’s work is not yet complete. Once she has a solid idea, Renner thinks about the best way to articulate it. “I can only really understand it once I can put it into words,” she says.

She condenses the meandering journey into a clear and concise narrative. This can be miles from where she originally started, as often even the question itself has evolved.

“You have to understand what questions have been asked and answered before, and where there are gaps to be filled in,” she says.

During this part of the process, Renner shifts her focus to other theorists and how they might interpret her work. “I might understand it like this, but is this the best way to present it to my reader?” she asks. “And if I’m going to make this point, what plots and data do I need to make it as clear as it can be? This is the process—to get to the point where it seems easy.”

She collaborates with other theorists to work out the details and draft a scientific paper. Then she submits their work to arXiv.org, where even more theorists (and experimentalists) will come across it, perhaps as they peruse the site while having their morning coffee. And the process will start anew.